The workaholic singer-songwriter details plans to team up with acclaimed British novelist Nick Hornby on a joint musical venture. 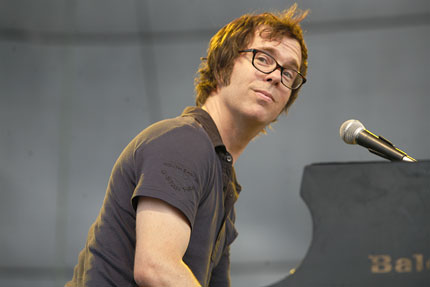 With a new album and a long-awaited reunion you’d think Ben Folds would consider taking a much-deserved breather. Instead, the piano man is already plotting his next project — a musical collaboration with High Fidelity author Nick Hornby.

“Nick Hornby and I are talking about doing a record where he writes all the lyrics and I write the music,” Folds told News.com.au [via NME.com]. “His lyrics are great. These are really good words.” The duo plan to hit the studio this December in Ireland, a move that was inspired by Folds recording a ‘fake’ version (which leaked to the web) of his forthcoming solo album, Way To Normal, in the country this past summer. “[We will] write and record it in about three days, just like we did in Dublin with the fake record,” Folds explained. “It’s fun — I’m excited about it.”