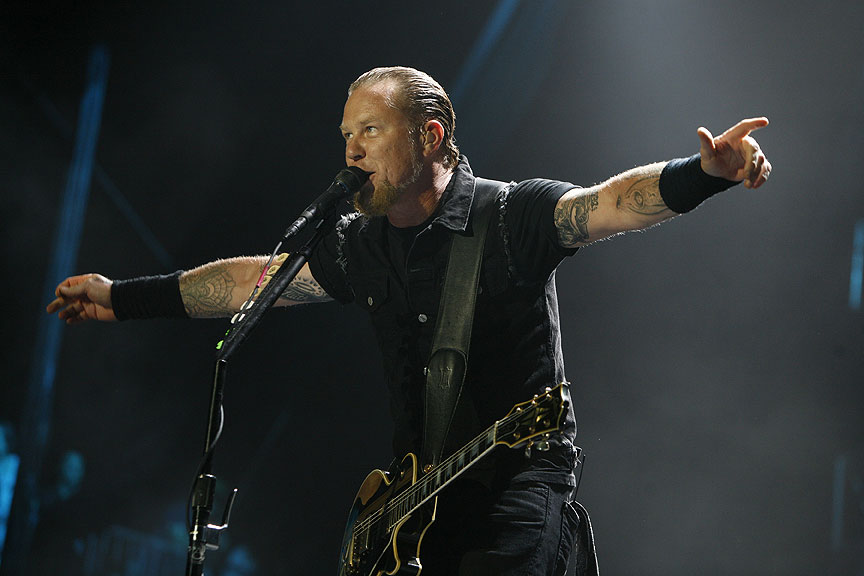 When Rick Rubin signed on to produce a Metallica album two years ago — ousting Bob Rock after a 15-year, six-album run — he told the tetchy band members: “I want you to return to Master of Puppets.”

“That’s what everybody says,” replied singer-guitarist James Hetfield with a tightly curled lip. But that’s exactly what they’ve done — ditching the band’s restless experimentations of the past decade.

Though dubbed Death Magnetic, the album is more of a rebirth, with Metallica exploring the past, but applying what they’ve learned during their 20 years at the top of the heavy metal slagheap, which means more finesse when marking their territory.

After gazing into the abyss on 2003’s awkwardly confessional St. Anger, the band now lashes out with speed-metal savagery. They abandon all pretense of melody and sentiment on the vitriolic “BBS.” And with the bludgeoning sonics of “Judas Kiss,” Hetfield might as well be ripping off his shirt, putting on a pair of buck antlers, and dancing around a ring of fire, bellowing, “Bow down, sell your soul to me.”

All we need now is the bill of sale.