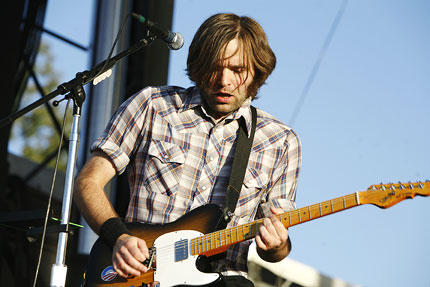 Officials for the 2008 Bumbershoot Music and Arts Festival have completed the festival’s lineup, adding Death Cab For Cutie, Tapes ‘n Tapes, Superchunk, Two Gallants, and the Weakerthans, among others, to a bill featuring Beck, the recently reunited Stone Temple Pilots, and Neko Case. The festival convenes at Seattle, WA’s Seattle Center from Aug. 30-Sept. 1.

Other acts scheduled to hit the stage at Bumbershoot include Paramore, Band of Horses, Nada Surf, the Black Keys, Jakob Dylan, Minus the Bear, and M. Ward.

Three-day passes for the event are now available for purchase at Bumbershoot’s official website, while single-day passes will be made available to the public starting tomorrow both at the festival’s site and through Ticketmaster.

And you can join SPIN.com’s team at Bumbershoot ’08! For more details click here.