Arctic Monkeys' Alex Turner taps like-minded pal and studio-head, the Rascals' Miles Kane, and emerges with enticing debut, out May 6. 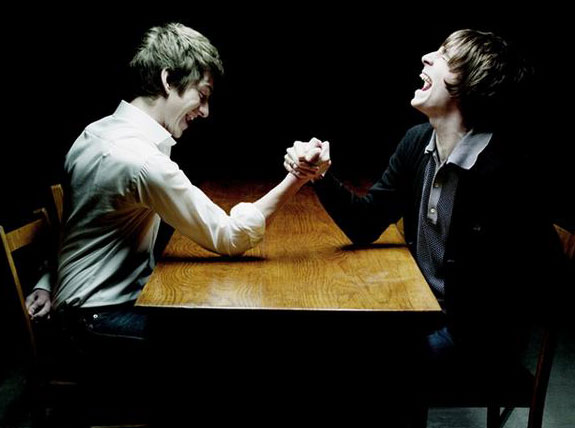 Fun Fact: The Last Shadow Puppets’ birth can be traced back to the Arctic Monkeys’ sophomore set Favourite Worst Nightmare, which features guitar work from Kane. Soon after, Turner and Kane were trading songs, and penning the original framework for their debut — a collaboration that was natural, says Kane. “The fact that we were writing together seems to make it stronger…it was just dead easy.”

Now Watch This: “The Age of the Understatement” (acoustic)