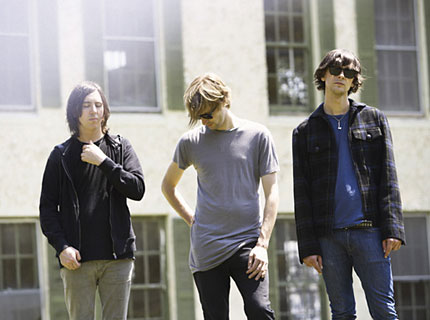 What’s the Deal? Every time we listen to Cut Copy, it feels like someone’s DJing, mainly because they effortlessly slip from silky, early-’90s dance pop to dark wave to French pop house all in one record. Out tomorrow officially (but available on iTunes now, both as a full-album and as a free single download of “Lights & Music”), In Ghost Colours is their second full-length, and, seriously, throughout its 50-plus minutes, you’ll definitely forget you’re listening to the same band. While “So Haunted” is a driving, post-new-wave anthem (with a few well-placed tinges of Erasure), “Lights & Music” is a full-on dancefloor assault.

On the Web: Cut Copy at Modular People