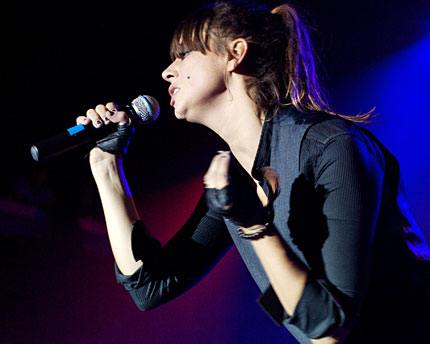 Blame Bob Dylan: The lineup for 49th annual Newport Folk Festival has been announced, and it appears fans can look forward to yet another classic year in Newport, RI — albeit a thoroughly electric one: Cat Power, My Morning Jacket’s Jim James, She & Him, Jimmy Buffet, the Black Crowes, Kaki King, Cowboy Junkies, Calexico, the Felice Brothers, Willy Mason, and even the son of one of the festival’s defining artists, Jakob Dylan, will all perform at this year’s festival, set for Aug. 1-3.

Also on the bill: The Avett Brothers, Levon Helm, Stephen and Damian Marley, and Gillian Welch, among others.

As a “modern take on the festival’s original premise,” the 2008 lineup will be spread across three stages at the city’s Fort Adams State Park, the event’s original and only site. Tickets go on sale April 23 at 9 A.M. EST, with single day passes and limited numbers of two-passes available at that time. For more information head to festivalnetwork.com.