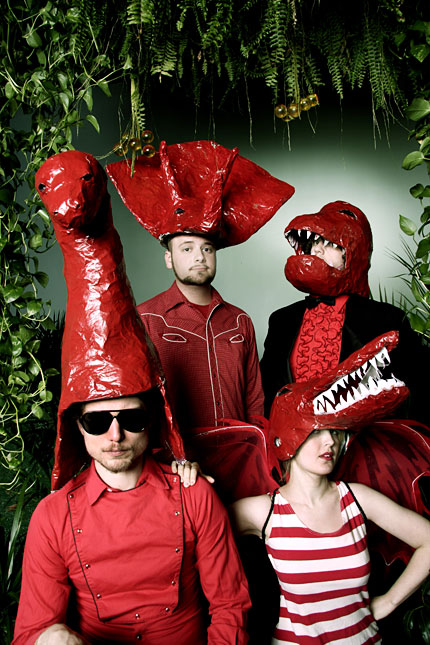 Who? Multi-instrumentalist Cesar Alvarez pens lyrics to sing with ex-galpal Sammy Tunis, while Jeremy Hoevenaar plays bass and Eric Farber mans the sticks. Country Doctor Museum, the Brooklyn-reared band’s debut long-player, was self-released earlier this year. A U.S. tour kicks off in later this month, and appearance at SXSW follows in March.

What’s the Deal? The Lisps fancy themselves indie-rock vaudevillians, playing off Tunis and Alvarez’s theatrical dual vocals. In fact, the Lisps began when the pair traveled across Europe together — Alvarez played solo, and Tunis, an accomplished actress, jumped onstage to sing with him. Like an old time variety show, the Lisp’s songs tap dance between simple country guitar melodies on “Destiny” and “Heaven” to a cacophony of melodica, horns, even bag pipes on “Chaos.” Above the din, Tunis and Alvarez trade lyrics so sweet and silly they sound like the Moldy Peaches’ campy, country cousin.

Now Watch This:
The Lisps – “Hillary and Barack, I’m Sorry”

On the Web:
The Lisps at MySpace
thelisps.com

Talk: Will you visit the Country Doctor Museum?