Music uplifts people and creates unique energy, whether you listen to your favorite song on the radio while driving to work or at a concert in a big arena. Similarly, sporting events use music to create a higher-intensity atmosphere.

Sport is also entertainment, and music makes everything better. There are a couple of different types of music at sports events. Almost universally across the globe, a national anthem is performed before the start of the competition. In addition, fans have chants and songs especially pronounced in European and South American soccer stadiums. Popular music is also played over speakers or in special life halftime or pre-game performances. 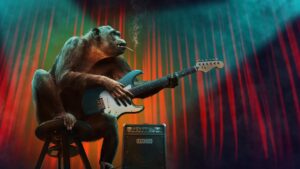 Depending on the geography, organizers play other fans boosting songs. If in Europe, you will likely hear the club’s anthem pre-game or in a timeout situation. If you are watching NBA playoff basketball during game breaks, you can listen to some of the popular songs like Seven Nation Army, Jump Around, Welcome to the Jungle, Thunderstruck, Whoomp There it is, Pump Up the Jam, and others.

Gaming benefits from the atmosphere

If fans are pumped, they are more likely to engage and help their team. With the emergence of live betting, a better atmosphere in the arena leads to more ad-hoc bets. It improves fans’ engagement, and most big leagues embraced betting as additional content that creates more interest in games.

An online sportsbook can benefit from confident fans who see their team perform and then hear powerful rock riffs that boost the atmosphere even more.

The US stadiums and arenas have the usual chants like Let’s go Celtics, let’s go, or Defense, defense. However, soccer fans have unique choreography and numerous supporting songs. The most notable song is Liverpool FC’s You’ll Never Walk Alone, but most supporters have their special chants and songs globally. The English club Norwich City is believed to have the oldest football song in the world which is still sung by supporters before and during the game. During soccer matches, fans often sing regardless of the on-field actions contributing to the unique soccer stadium atmosphere.

Performing the national anthem at high-profile sports events is an incredible honor for most musicians. It is one of the most commented parts of circumstances outside the game itself. The most popular music performance in the world of sport is the Superbowl halftime show.

Videos from top artists performing in incredible spectacle during prolonged halftime at the most significant US sporting event are viewed around the globe. The latest hip-hop all-star lineup featuring Dr. Dre, Snoop Dogg, Eminem, and others created shockwaves of nostalgia, fans, and critical acclaim.

Each year, Super Bowl halftime has a visual and audio spectacle with some of the biggest stars performing. We saw Michael Jackson in his prime, Prince, Beyonce with Coldplay and Bruno Mars, U2, the Rolling Stones, and Madonna featuring LMFAO, Nicki Minaj, Bruce Springsteen and the E Street Band, and Lady Gaga.