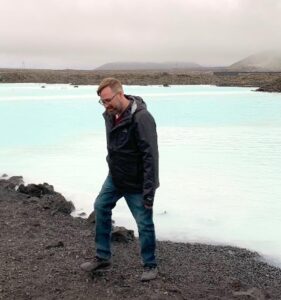 Freedom is stated sacred to every artist. It is the state that allows artists to function creatively, imagine, express and curate. Artists of every discipline value freedom as a plane that nurtures this inspiration and creativity. Freedom is the breeding ground of ideas and the nurturing ground of progress. It doesn’t only translate to a physical space where a musician records tunes on a synth or guitar, a basement where a painter spends a month brushing strokes on an empty canvas, or a coffee shop where a writer enters and exits in the wee hours of the morning. Freedom allows an artist to draw inspiration from his surroundings and create something meaningful out of it. These might be ideas born on a long stretch of driving a hundred miles or the insight gained from a breakup or the death of a loved one.

Art communities and curatorial spaces have long realized the importance of creative freedom and have long lobbied to help artists safeguard their freedom away from nuisances and even from oppression. Flip the history of art, music, and dance, every known creative has resorted to their ability to think and create without conforming to any predisposition or imperative.

How Wavewulf Went to Lengths to Celebrate Artistic Freedom

When we at SPIN first heard the new record by Wavewulf (aka. Nicholas Long), “The North and the Sea,” it brought us a sense of urgency and clarity into the actual meaning of freedom. The album’s core concept is not only Wavewulf’s quest for freedom but also the lengths he went to search for and celebrate it.

According to Wavewulf, before he started to work on the album, he faced a temporary inability to find inspiration and felt the urge to change his environment. He wanted to seek an escape into nature and draw inspiration from the earth’s life force. Wavewulf traveled to Iceland, the magnanimous land of volcanoes, expansive greens, frozen lakes, Geysers, and rioting seas, which he says offered him a kind of an unmatchable escape from the mundane.

Speaking on the album’s release, Wavewulf elaborates on its central theme. As the title suggests, the North and the Sea are centered on an oceanic, arctic, and Scandinavian theme, with “The North” as a metaphor for truth and “The Sea” for freedom. Wavewulf, taking a break from the monotonous big city life of New York, took a trip to the vast and expansive haven of nature. He returned with ideas for the album.

Through this “gesamtkunstwerk” of songs, he vividly describes being caught in the thick of life and feeling succumbed to the frugality of prosaic existence. He felt “claustrophobic,” he says, seeking change to pursue his idea of freedom. He speaks of the freedom to connect and find meaning in reality as a governing theme of the record, and each track is dedicated to connecting to the theme of finding meaning in our surroundings.

Wavewulf further shares that the overall album expresses his breaking free from a state of mental or physical confinement and finding his way in life again. There’s also an emphasis on interpersonal relationships, which were lost during the onset of the global pandemic. Many people lost touch, and so many artists felt frozen in time. The artist writes about how humans are susceptible to forming emotional connections. The lockdown and social distancing protocols at the height of the pandemic caught us off guard, deeply affecting us emotionally.

Several songs, including “Open the Gate,” “Luft,” “The Power of Water,” and “The Sea and the Glacier,” are also excellent examples of this concept. In addition, “New Amsterdam” voices the emptiness that entails the experience of losing a loved one.

The record continues on with leftist, anti-capitalist themes as well, explicitly exemplified through songs like “Understand Me,” “Permafrost,” and “Through the Wires.” “Serenade” is, on the other hand, a celebration of connectedness and love between people. Another notable thing about the record is its inclusion of several instrumental pieces, such as “Spirits of the Desert” and “The Great Expanse,” which allow the listener to pause and reflect on the album’s deeper meaning as a whole. The instrumentals also give the album a nice pace and flow.

Wavewulf worked with several others to make this album, such as his longtime friend and collaborator, Christopher John Donato, on drums throughout the album as well as on guitars and vocals on “New Amsterdam,” and Bryan Brown also doing guitar duties on tracks like “Galloping Through Fields of Lavender,” with an almost Western feel, and the expansive track “Scandinavian Nights.” In addition, several top-notch vocalists are included, such as Nala Spark (on several tracks), Maxx Silver, Dasha Larks of Pulse Lab, and frequent Wavewulf vocal contributors Matt Jensen and Martin James of the band Nostalgia Deathstar.

A Creative Community at the Mercy of Censorship

The concepts of freedom and truth make “The North and the Sea” an open dialogue between the artist and his desire for freedom. It expresses the need for artists of every discipline to find relevance and connect to a deep desire and yearning within them, which protests and negates every bit of obstacle to personal and artistic freedom. The songs allow listeners to embrace the value of artistic freedom as harnessing it can help one discover their potential.

The album also addresses the repression artists face in terms of censorship for purposes of societal conformity. And also, the self-censorship artists impose upon themselves based on their own gender and/or sexuality for fear of losing institutional support, causing offense, or “provoking” violent public and media reactions. Due to these constraints, creative expressions may never materialize or flourish only partially.

Wavewulf reminds us that the artist’s personal values, as well as his or her worldview, shape how they contribute to society. With this record, Wavewulf also reminds us that art is more than a form of entertainment or a technical demonstration; it can also be a means of subversion, protest, resistance, and ultimately, freedom. Also, the contributions of all creative community members are essential to maintaining a vibrant and inclusive society so that their inspiration will sustain and more artists can embrace the freedom to create.

Don’t forget to pick up “The North and the Sea” out now on State of Bass Records, UK; SPIN highly recommends it as an antidote to feelings of oppression.