The 25 Most Underrated John Lennon Songs 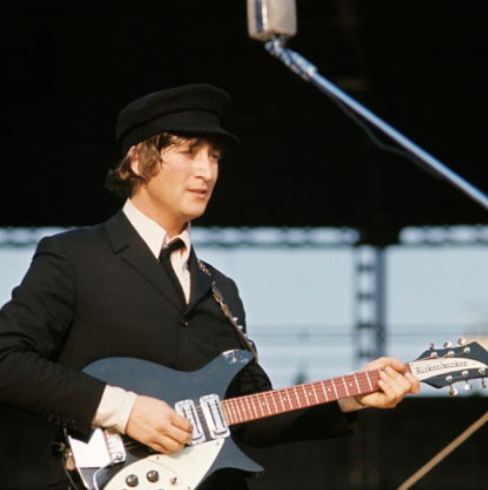 There are a handful of hits that will forever be associated with John Lennon’s career, both with The Beatles and beyond. A track like “Imagine” is historically unavoidable, and “Happy Xmas (War Is Over)” still gets on the radio every winter. But despite Lennon’s larger-than-life reputation, only 18 of his songs broke Billboard’s Top 100. The rest of his still-impressive repertoire often gets overlooked as a result, so we’ve rounded up the top 25 most underrated John Lennon songs (in no particular order) to help rectify that mistake. 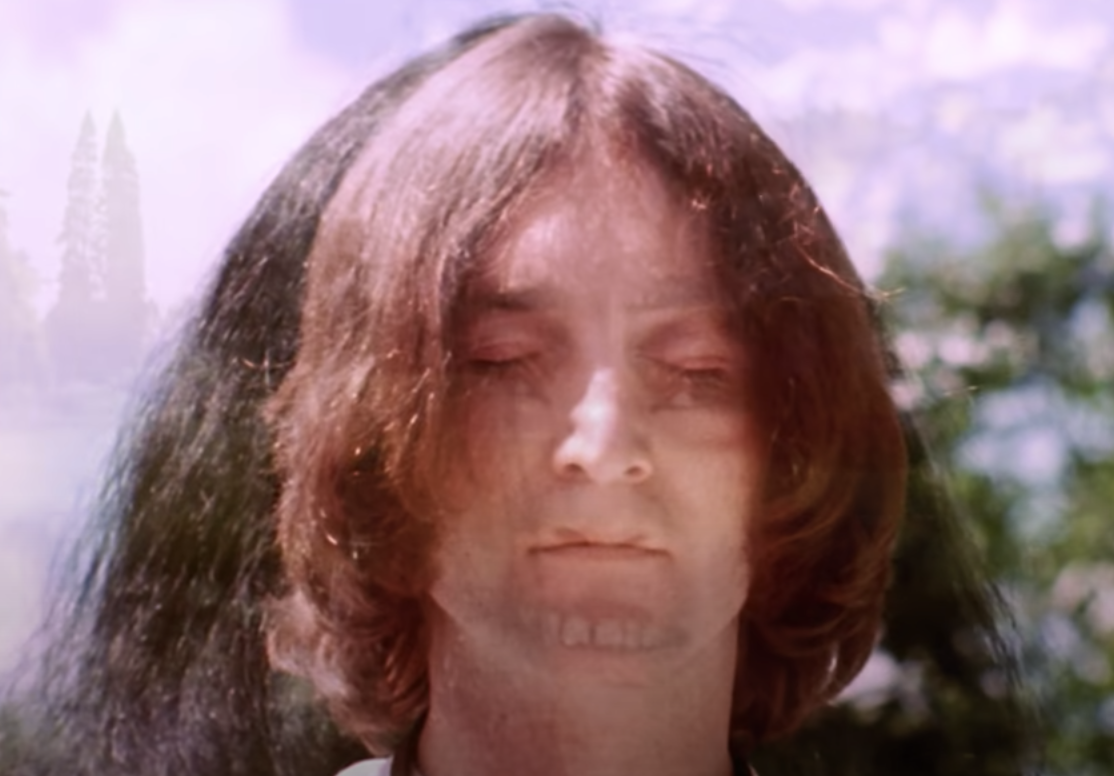 It’s hard to think of a more Lennon-esque song than “#9 Dream” (Walls and Bridges, 1974). Lennon always enjoyed thought experiments and unlocking the inner consciousness, but this was one of the only songs he wrote that actually came from a dream. “#9 Dream” originated during Lennon’s demo sessions for Walls and Bridges during the infamous “Lost Weekend” — or at least the chorus ("Ah! Bowakawa, pousse pousse") did — and the songwriter thought it sounded beautiful.

Despite Lennon saying it was a throwaway song, “#9 Dream” centered on his two big fascinations of the time: the titular number and his lover May Pang, who sang background vocals on the track. To make it even more interesting, Lennon wrote the piece without inspiration or really knowing what he was doing, just like dreams themselves. 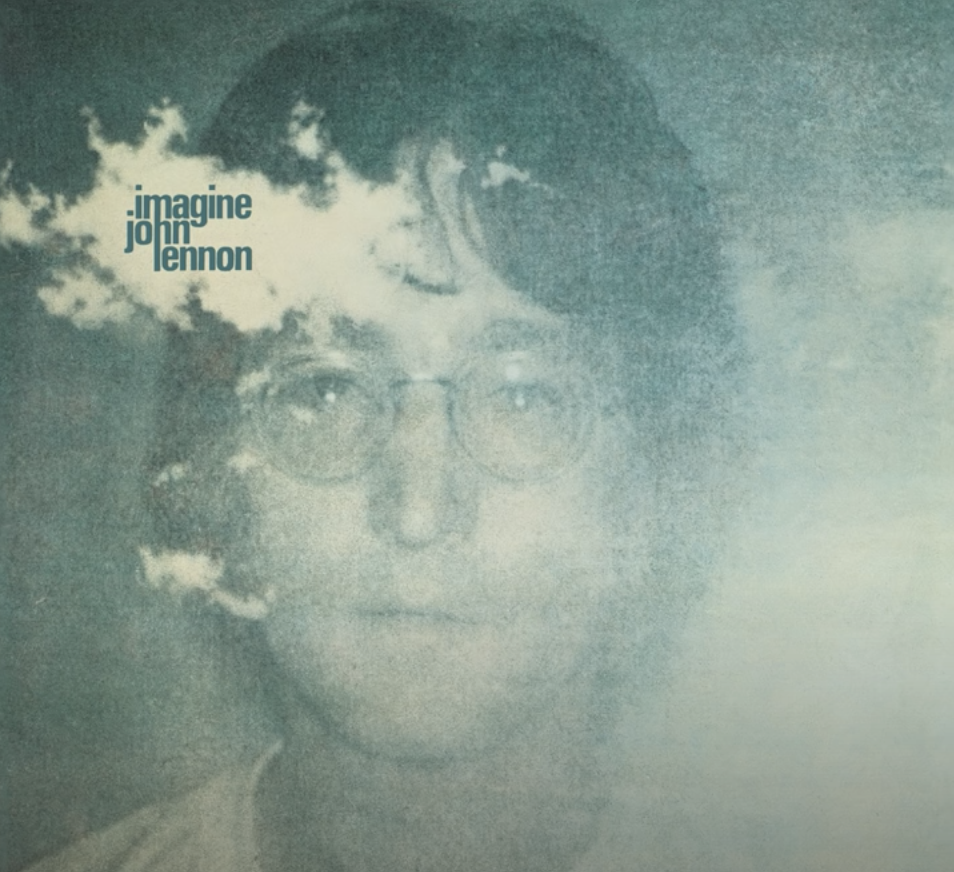 It was almost inevitable that “Crippled Inside” (Imagine, 1971) would get overlooked, considering that it follows Imagine’s (1971) iconic title track. But it shows a much more real version of Lennon, as it replaces the airy wistfulness of the singer pining for an ideal world with an experimental rockabilly sound accompanied by a relentless examination of everything wrong with humanity.

Like many of the best Lennon songs, it’s never quite clear who or what he’s talking about. The target of the singer's investigation could be society in general, Paul McCartney, or even just himself. 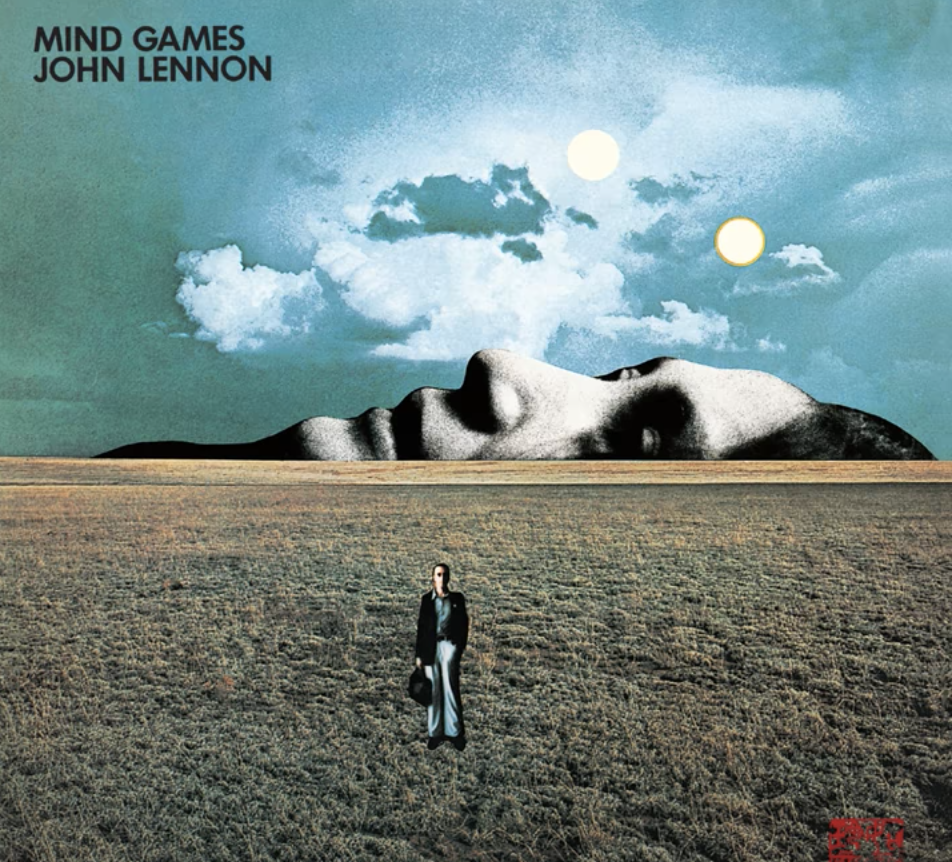 “Aisumasen” (Mind Games, 1973) is one of the rare instances where listeners can catch a glimpse of the vulnerable John Lennon he so disliked showing. The track underwent some changes between its first conception as “Call My Name” — where Lennon was the protector figure — and the final version that sees Lennon occupying the role of perpetrator.

It came about around the time Lennon embarked on his affair with May Pang, but whether the famous Lost Weekend was entirely Lennon’s fault isn’t clear. Yoko Ono later said her resentment over fans turning her into a hate idol fueled a good many tensions in their relationship, which may explain the central motif of “All that I know is just what you tell me/All that I know is just what you show me.” 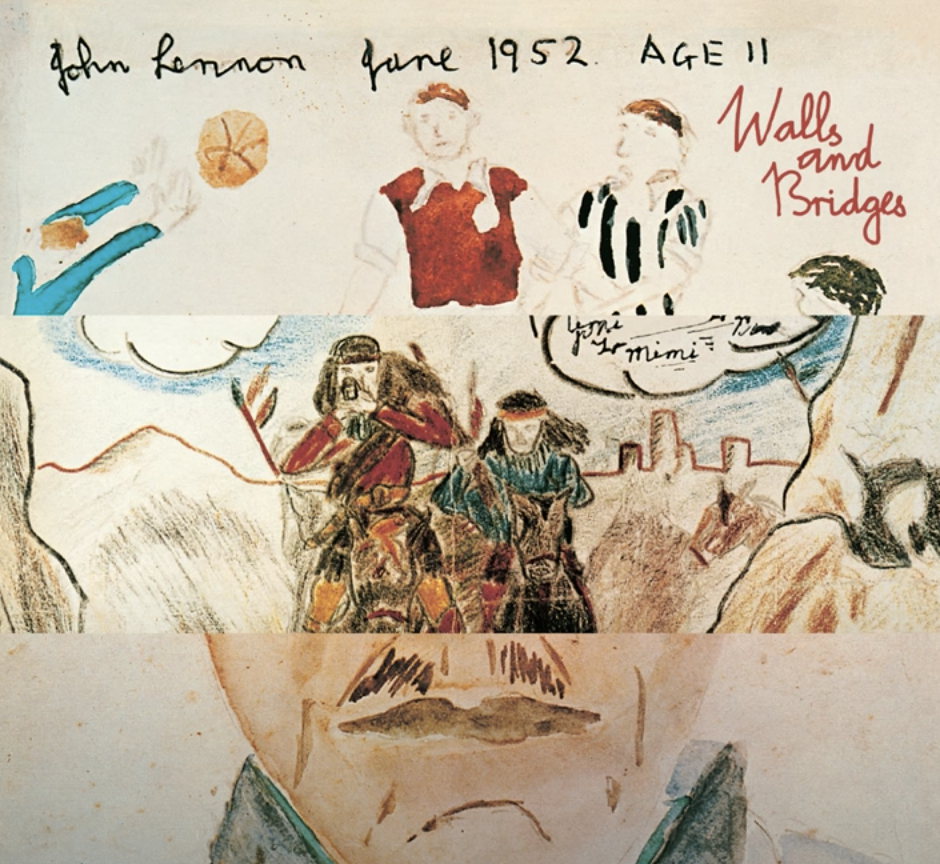 “Scared” (Walls and Bridges, 1974) also came about during the Lost Weekend, and it’s largely the opposite of “Aisumasen.” Instead of the repentant-but-hopeful Lennon, “Scared” is songwriter spiraling into darkness — presumably not helped by his simultaneous spiral into excessive alcohol and wild partying.

In “Scared,” the singer realizes just how far he’s fallen and how no amount of fame can possibly save him from the disaster he’s made for himself. But an earlier version of the song replaced a few of the “scared” lines with “stoned,” so it’s hard to say if this is some existential crisis or just a trip gone awry. 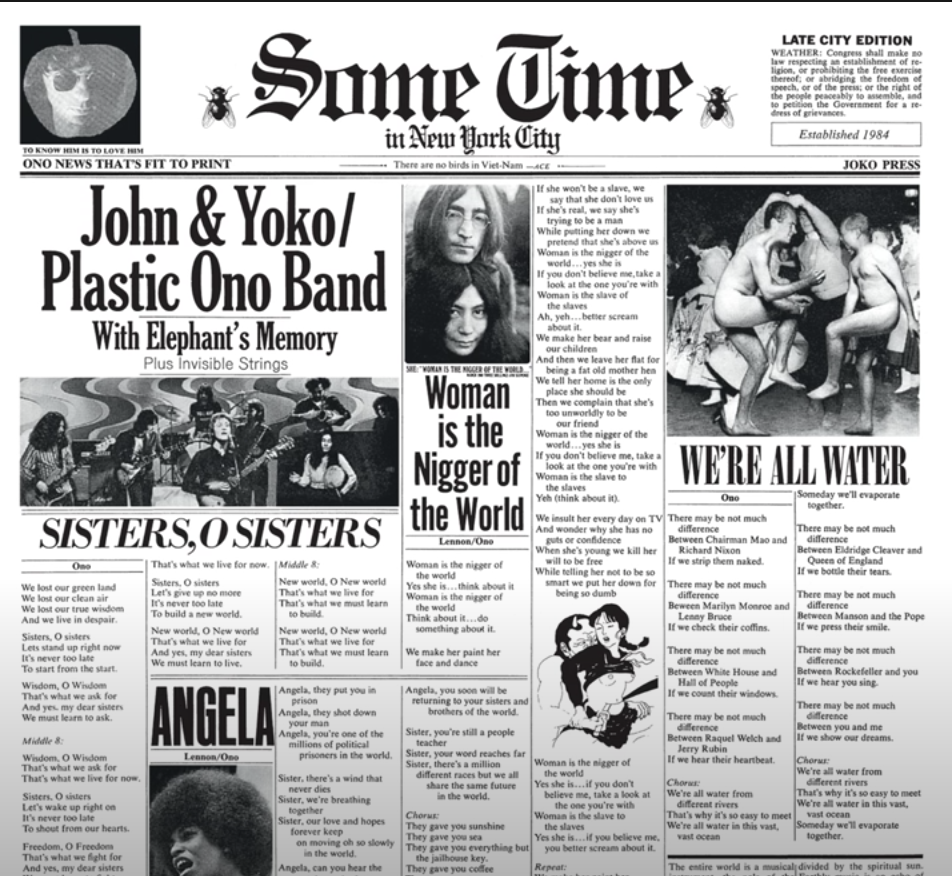 Some Time In New York City (1972) wasn’t exactly a success for one reason or another (Lennon himself said it was probably because he embraced activism and “journalism” over art), but “New York City” itself stands out from the album’s other tracks. It’s part biography — Lennon and Ono met activist Jerry Rubin almost as soon as they arrived in the city — and part celebration of New York’s diverse culture from the viewpoint of someone experiencing it for the first time.

Granted, that means “New York City” does come across like something of a tourist’s anthem, but at least it’s not as controversial and contradictory as the album’s other tracks. 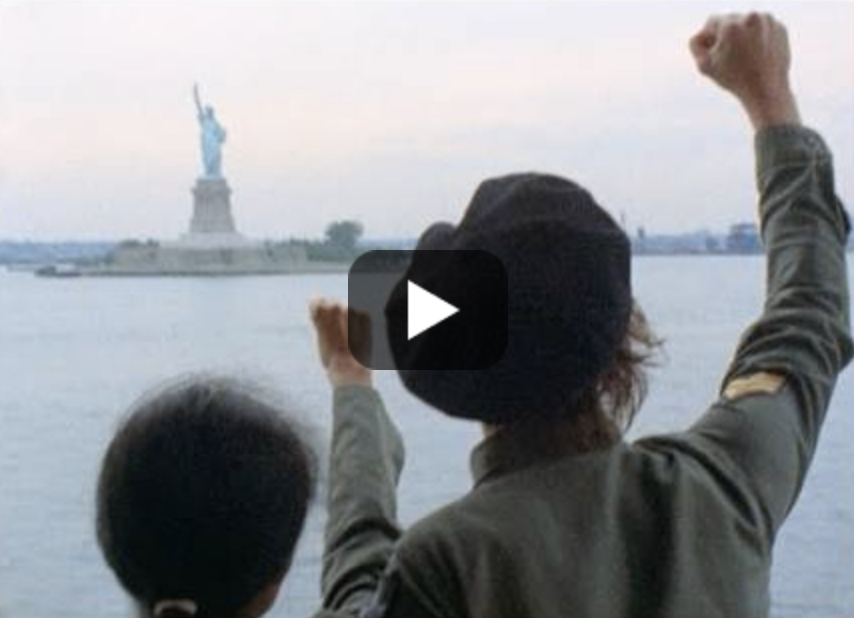 As the title might suggest, it’s one of Lennon’s more scathing assaults on war and on the ills of society in general. Of course, the song is also a clear result of some of Lennon’s inspirations for it, which was focusing on gritty observations and taking a minimalist approach to sound. 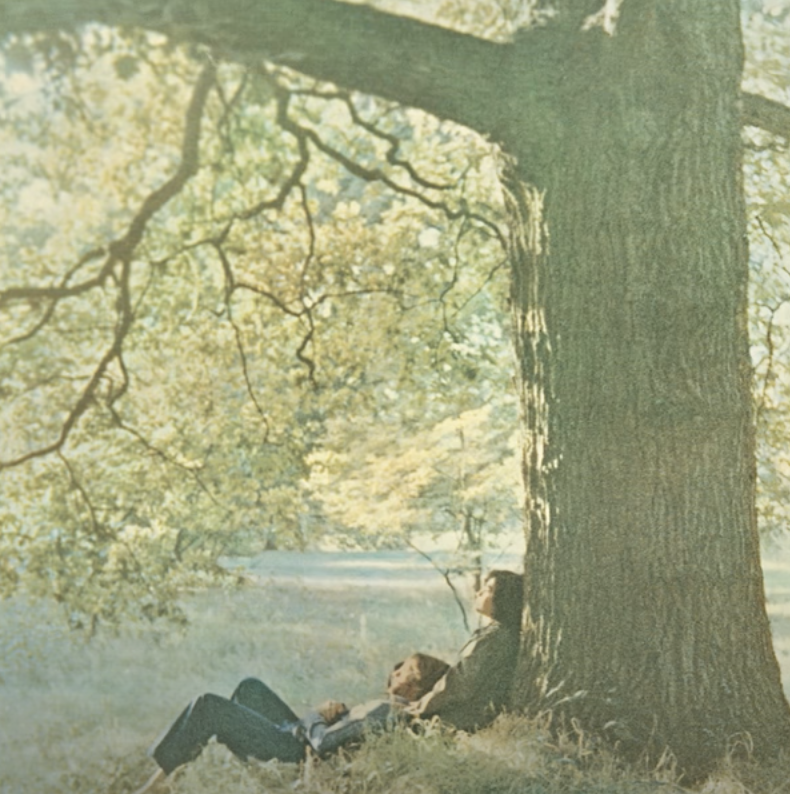 “Remember” (Plastic Ono Band, 1970) bubbled up out of Lennon’s primal therapy sessions after receiving the book of the same name from Arthur Janov. The whole point of these sessions was bringing up past traumas, reliving them, and overcoming them — usually through screaming and other types of re-enactment — which is why some of Lennon’s other primal songs may feature a bit too much of said screaming to count among his best underrated songs.

Like his other solo efforts at the time, "Remember" is intensely autobiographical, dredging up all of the neglect and problems of his youth he believed his parents were responsible for. The day after recording the track, Lennon proceeded to tell his father, Alf, exactly how he felt, including the declaration that Alf would be carried out to sea and dumped there — though whether that would happen before or after Alf's death, Lennon apparently didn't clarify. Needless to say, the two didn’t meet again. 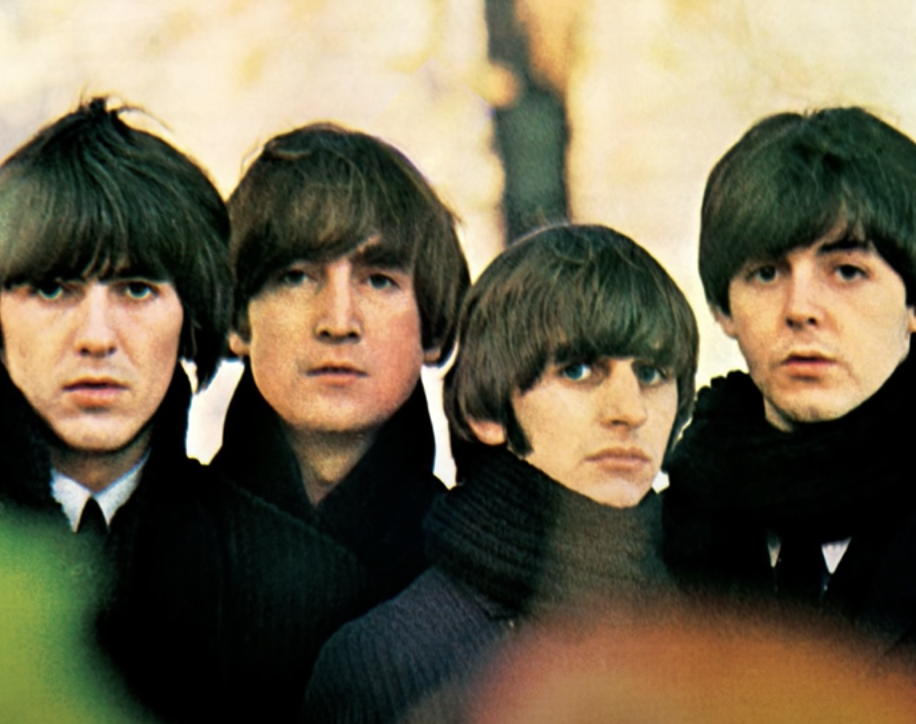 “I Don’t Want To Spoil The Party” (Beatles For Sale, 1964) is attributed to both Lennon and Paul McCartney, but McCartney said 80% of it was actually Lennon. It was also written following the success of the group’s other country-style hit “I’ll Cry Instead” and created specifically for Ringo Starr.

According to The Beatles Bible, Lennon ended up saying he wrote this from the heart and needed to sing it himself because it was one of the first times he’d written mostly independent from McCartney. 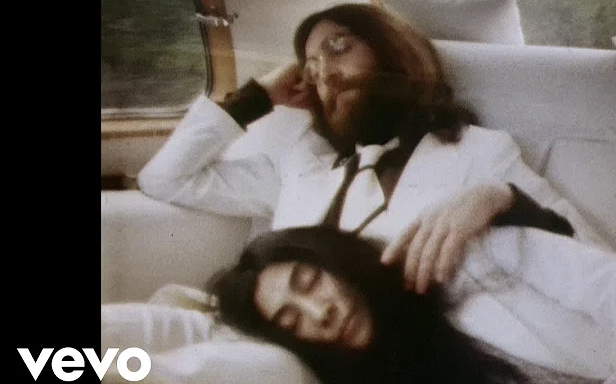 “Real Love” (Imagine: John Lennon, 1988) gets a spot as one of Lennon’s underrated songs because despite making six different demo takes, he never finished it. One version of “Real Love” ended up on the Imagine: John Lennon soundtrack in 1988, but the version that gets the most attention is the one that reunited the Beatles.

McCartney, Harrison, and Starr got together again in the 1990s to finish it and a few others from Lennon — although that almost didn’t happen either. Unlike some of the other pieces they were re-creating, including “Free As A  Bird,” the poor sound quality of Lennon’s “Real Love” demos made it incredibly difficult to work with. 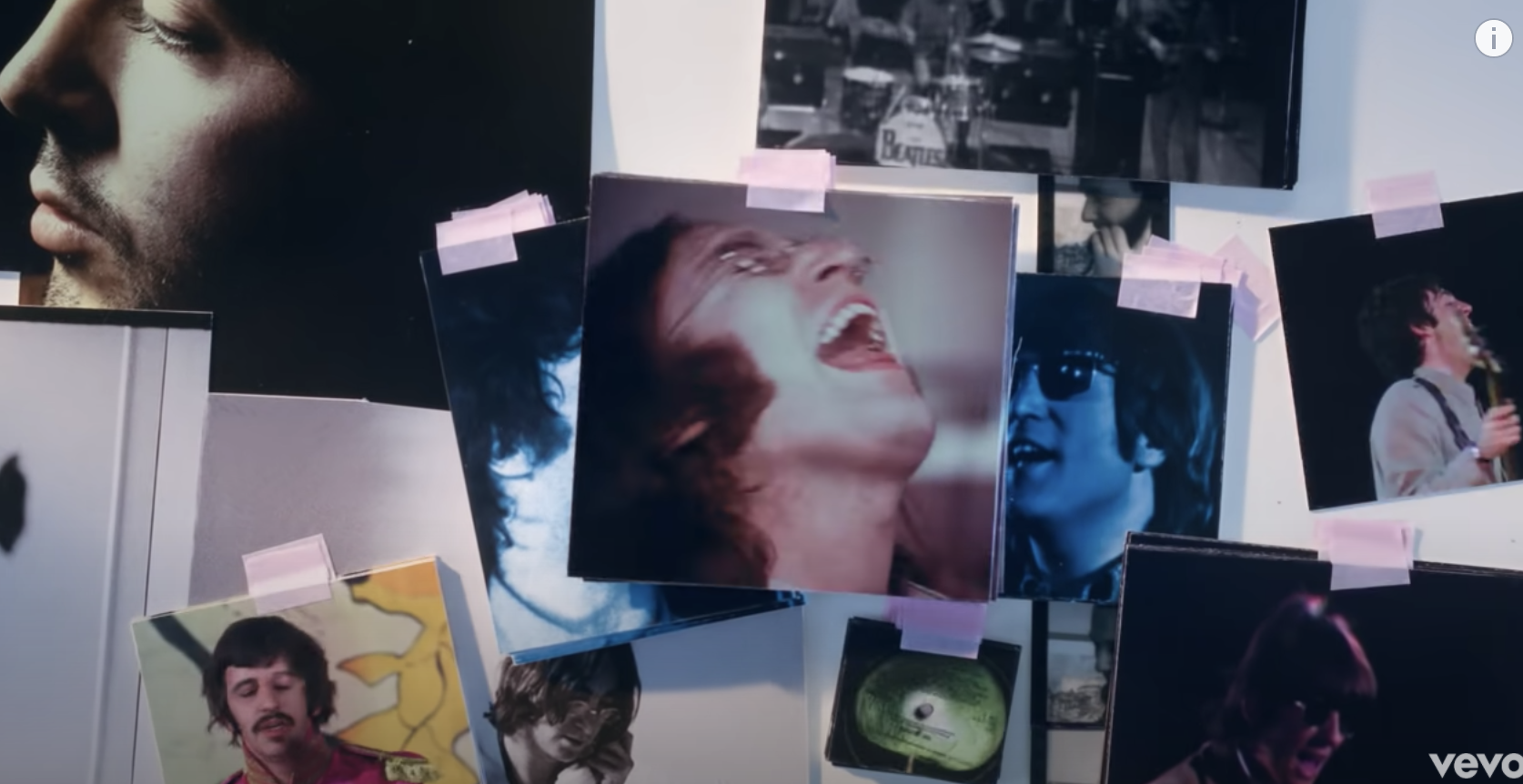 “Glass Onion” (White Album, 1968) is potentially a lot of different things, which is exactly what Lennon wanted. The artist became fed up with fans constantly attributing meaning to the most inconsequential things in the Beatles’ songs, so he decided to write one full of vague references and obscure partial meanings just to bait them — hence the name “Glass Onion.”

But it wasn't all nonsense, as Lennon later said he wrote the Walrus line as a goodbye joke to Paul since he was already planning on leaving the Beatles at that point. 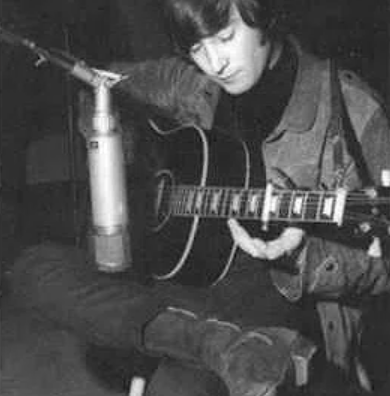 If it weren’t obvious enough already, Walls and Bridges reflects Lennon at one of his lowest points, and “Nobody Loves You (When You’re Down and Out)” (Walls and Bridges, 1974) is a perfect example of that. It’s 5 solid minutes of bitter recognition that the world — especially “show biz” — is a lonely and dangerous place for an artist not at the top of their game.

Lennon’s then-recent separation from Yoko (likely coupled with less than fantastic album sales) fueled this recognition. But what makes this one stand out among Lennon’s other soul-searching pieces is its arrangement — which Lennon wrote with Frank Sinatra and ‘20s blues in mind. 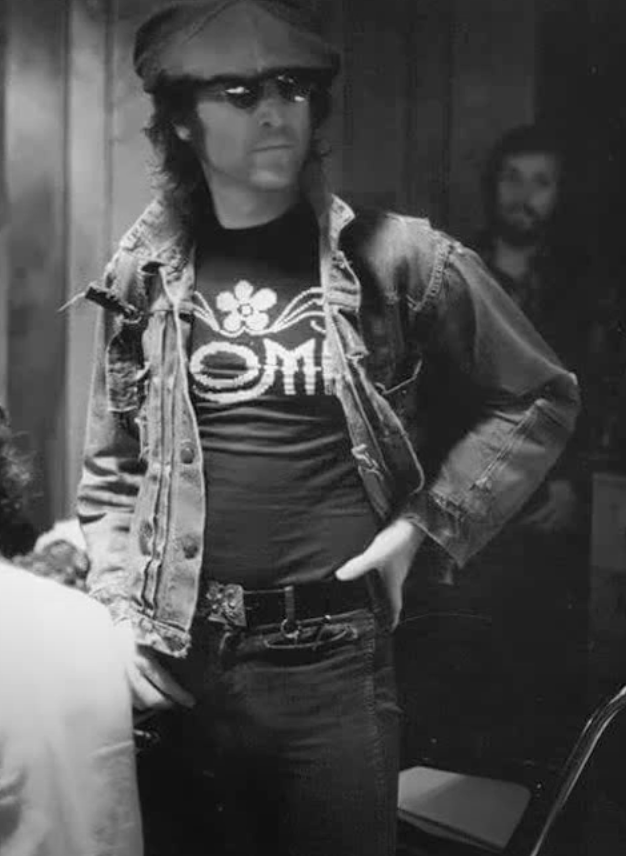 Lennon claimed “Steel and Glass” (Walls and Bridges, 1974) wasn’t about former Beatles manager Allen Klein and that he had other people in mind or possibly wrote it about himself. But with lyrics about the unnamed person’s “L.A. tan” and “New York walk and your New York Talk” — and the recording taking place just a year after Lennon ended the band’s suit against Klein — it’s hard not to see “Steel and Glass” as an attack on the ruthless businessman.

Apart from messing with the band’s finances, Klein played each of the Beatles like his own instruments, stroking their egos, hitting their weak spots, and playing at least some role in former manager Brian Epstein suicide. 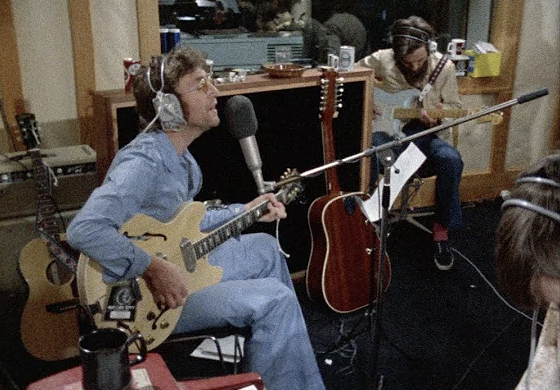 John Lennon thought Paul McCartney died (in a creative sense) after the Beatles broke up, and he didn't mince words about it in Imagine’s “How Do You Sleep?” But he also claimed he was writing about himself in one interview while using another to claim that he wasn’t actually that angry with McCartney’s insults towards him, but used the resentment to create a good song anyway.

One of the song’s key lines, "The only thing you done was yesterday / And since you're gone you're just another day," came from former manager Allen Klein and references McCartney’s “Just Another Day” song, so it's pretty clear who was the true inspiration behind the song. 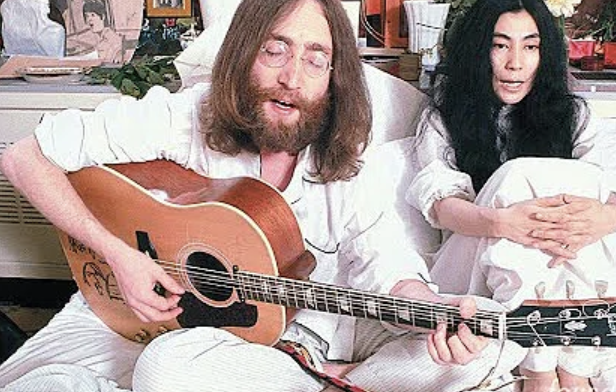 Lennon’s “Bring on the Lucie (Freda People)” (Mind Games, 1973) sometimes gets called Lennon’s last protest and activist song, but it was actually conceived in the middle of his political phase. He started penning “Bring on the Lucie” as far back as 1971, but it wasn’t until the so-called Lost Weekend that Lennon revisited the piece with May Pang’s encouragement.

The combination of politics with pop sensibilities was met with divided opinions, with some Beatles biographers considering it Lennon’s most eloquent political song while others label it indicative of Lennon’s fundamental confusion about his musical identity. 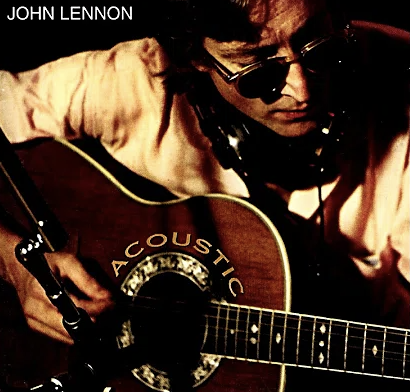 “What You Got” (Walls and Bridges, 1974) was another instance of Lennon pining for Yoko during their separation, and (like “Aisumasen”) it’s one where he takes some of the blame for what happened.

Most of the song is repeating the same refrain recognizing what was lost after it’s too late, but the opening (“I know you know, ‘bout the emperor’s clothes") hints at a touch of vanity involved in losing what was precious. But it all gets lost in the wild weekend parties that ultimately made Lennon just want to escape. 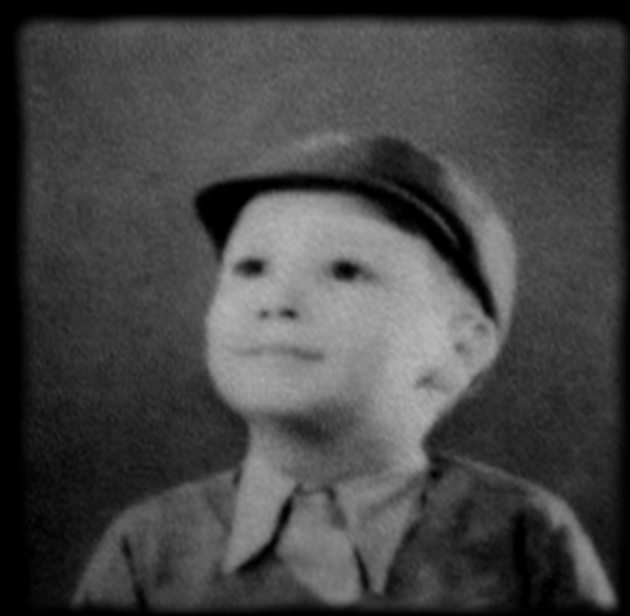 “Borrowed Time” (Milk and Honey, 1984) turned into a partly prophetic tragedy. Lennon drew inspiration from what almost became a boating disaster in 1980 during a visit to Bermuda when the ship ran into a storm and he took the helm while the crew was incapacitated.

It was an experience he said made him grateful for his life, but the title and refrain proved too true, as Mark Chapman shot and murdered Lennon just 4 months later. 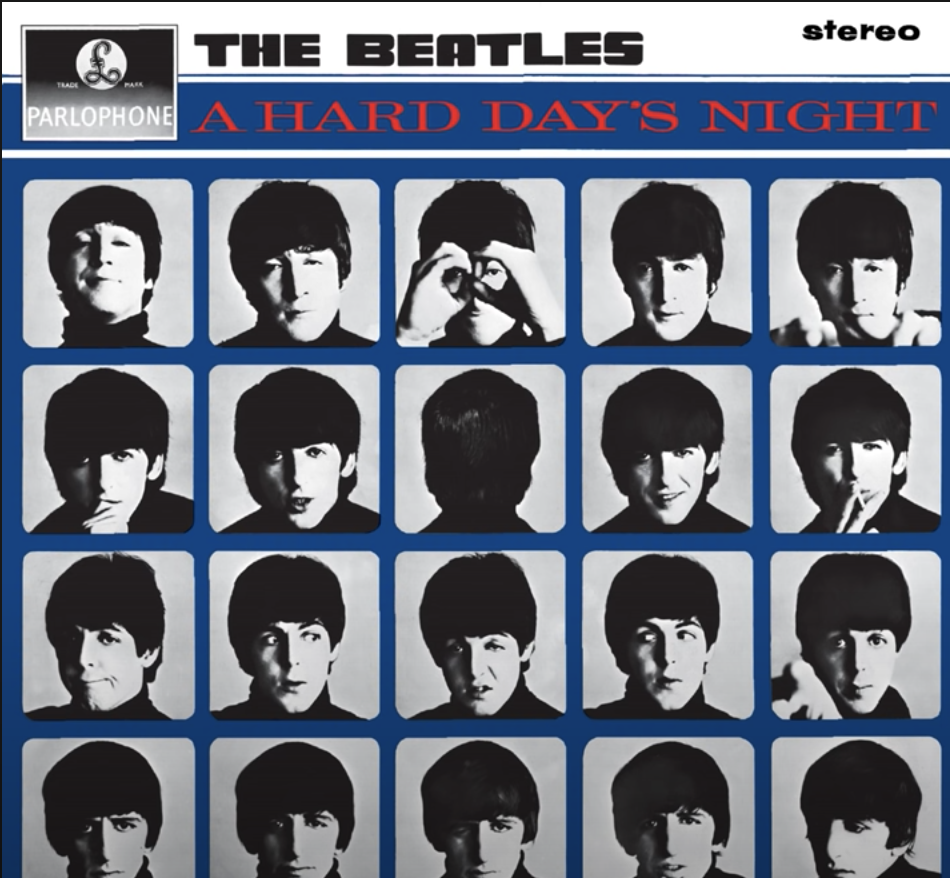 Not everything Lennon wrote was heavy, and a good early example of the other side of the songwriter is “If I Fell” (A Hard Day’s Night, 1964). He called this his first effort at writing a ballad, and it was proof that he could compose sentimental songs if he desired.

That said, it was frequently turned into a joke song when they performed it, and McCartney claimed they wrote “If I Fell” together. Early home demos featuring his introduction to the song seemed to back that claim up, but he also admitted that Lennon was the main force behind the song's emotion. Either way, it was a rare instance of the two singing together on the same microphone. 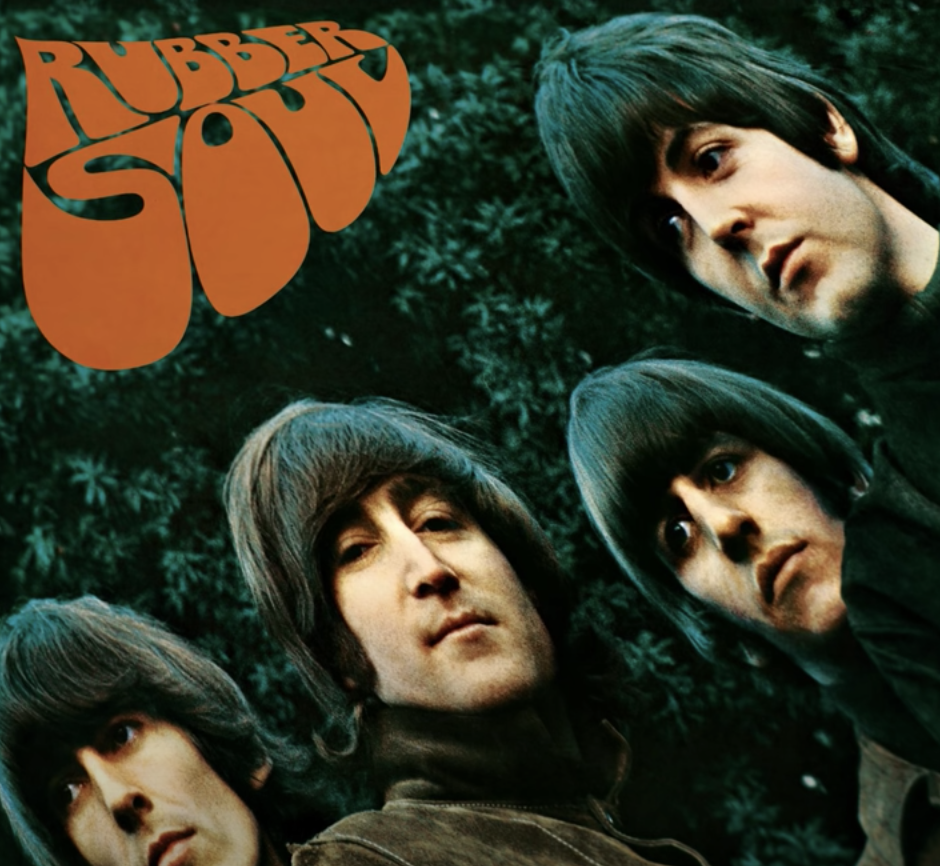 “Nowhere Man” (Rubber Soul, 1965) owes its birth to Lennon’s sense of isolation and a period of low productivity. McCartney wrote a good deal of Rubber Soul, but when he eventually ran out of song ideas, Lennon was taking a break from the Beatles' fame in his home in Weybridge (despite famously telling Maureen Cleave being famous was easy).

After trying for hours to write something for Rubber Soul, Lennon just gave up — and that’s when the entirety of “Nowhere Man” popped into his head. Lennon seems to be mocking his own lazy lifestyle in the song, but McCartney speculated there was a good deal of Lennon’s marital dissatisfaction present in the lyrics as well.