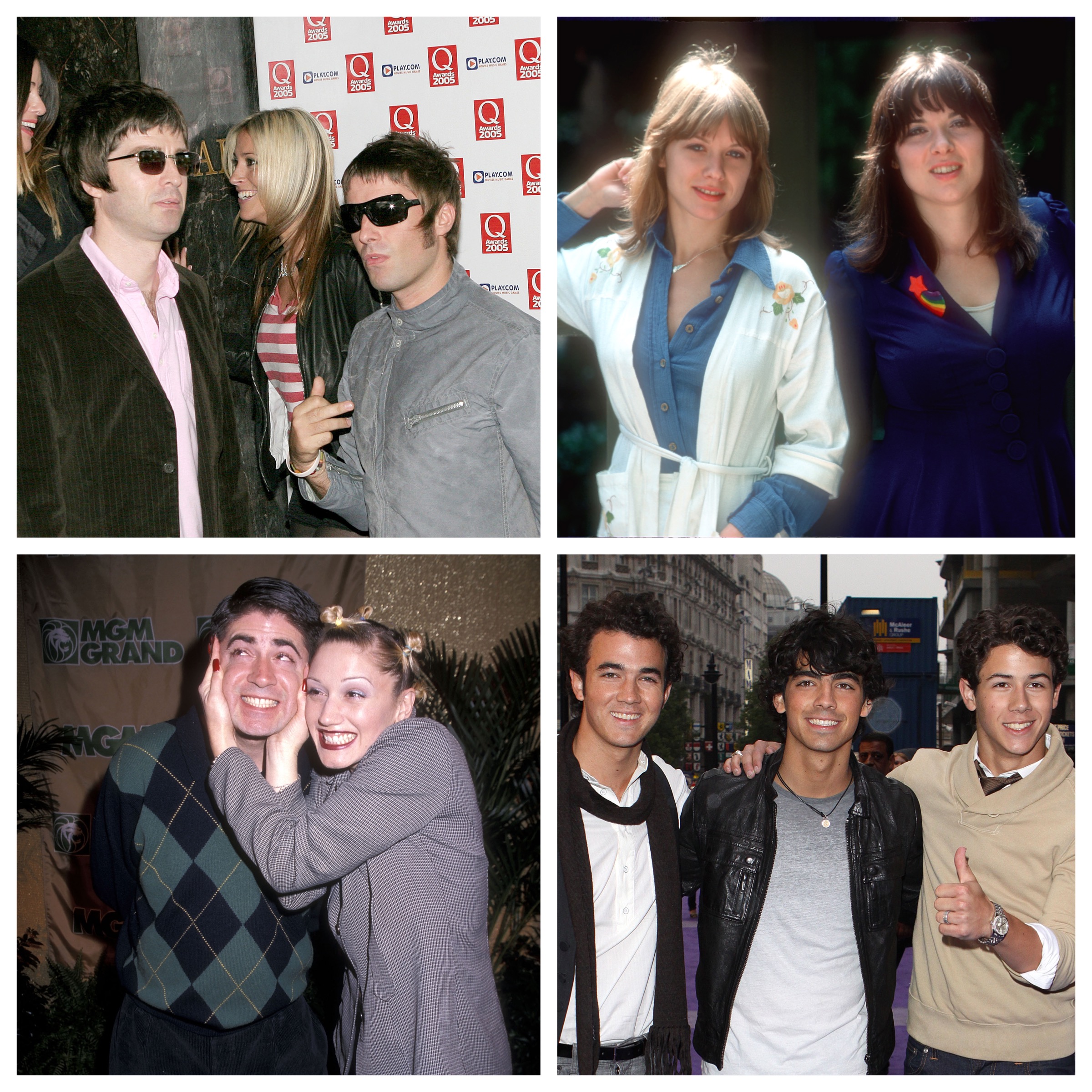 Brothers and sisters often have complicated love/hate relationships, and adding music and fame to the situation only makes things more intense. Some siblings have made beautiful music together in harmony for decades, from the Bee Gees to Hanson – Eddie and Alex Van Halen always seemed to get along even as they warred with lead singers, and the Wilson brothers remained bandmates throughout the Beach Boys’ tumultuous history. But each unhappy musical family is unhappy in their own way, and stories abound of familial collaborations breaking down. Here are the 10 most notable sibling breakups in pop music history:
Meat Puppets
2/11 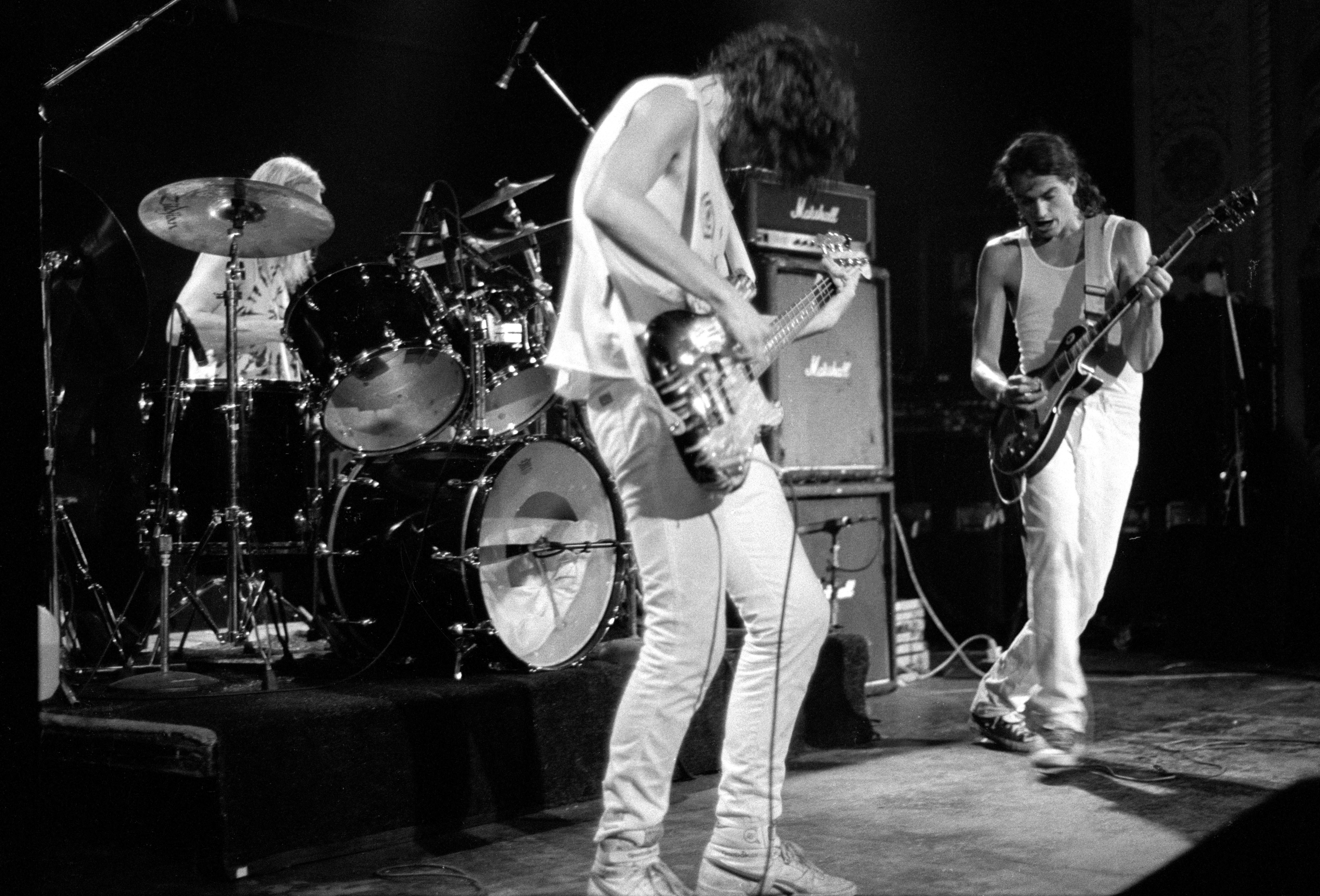 Singer/guitarist Curt Kirkwood and his younger brother, bassist Cris Kirkwood, led the Arizona trio Meat Puppets for over a decade with a generous dose of druggy psychedelia, including a self-titled debut album recorded on acid in 1982. By 1996, Cris Kirkwood’s heroin addiction had completely sidelined the band and the brothers went their separate ways. Curt formed a new version of Meat Puppets that released one album in 2000. Meanwhile, Cris’s life seemed to go into a bleak tailspin. His wife Michelle died of an overdose in 1998 and in 2003, he assaulted a security guard that resulted in him being shot in the back and sentenced to a year in the Federal Correctional Institution in Phoenix. But when Cris got out of prison clean and sober, he patched things up with Curt and they’ve recorded five Meat Puppets albums since reuniting in 2006.
No Doubt
3/11 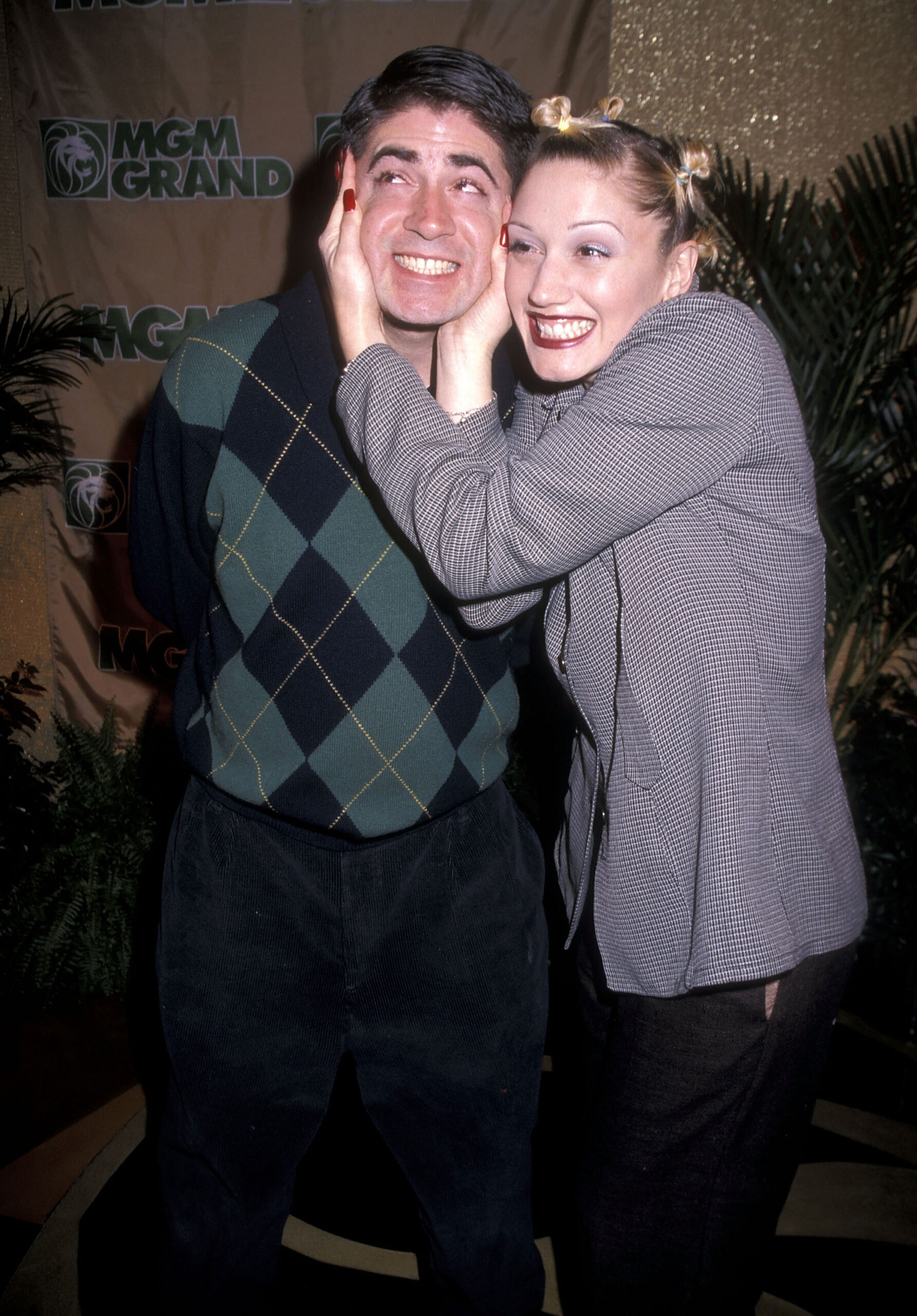 Nearly a decade before No Doubt’s multi-platinum success, a teenaged Gwen Stefani was drafted to sing backup for her brother Eric’s band in 1986. He was originally No Doubt’s primary creative force, writing the majority of the songs on their first two albums. But his burgeoning career as an animator, and his distaste for touring, led Eric to leave No Doubt just after recording Tragic Kingdom. By all accounts, his departure worked out for the best for all parties – he missed out on rock stardom, but he got to work on some of the most beloved episodes of The Simpsons and Ren & Stimpy.
The Jonas Brothers
4/11 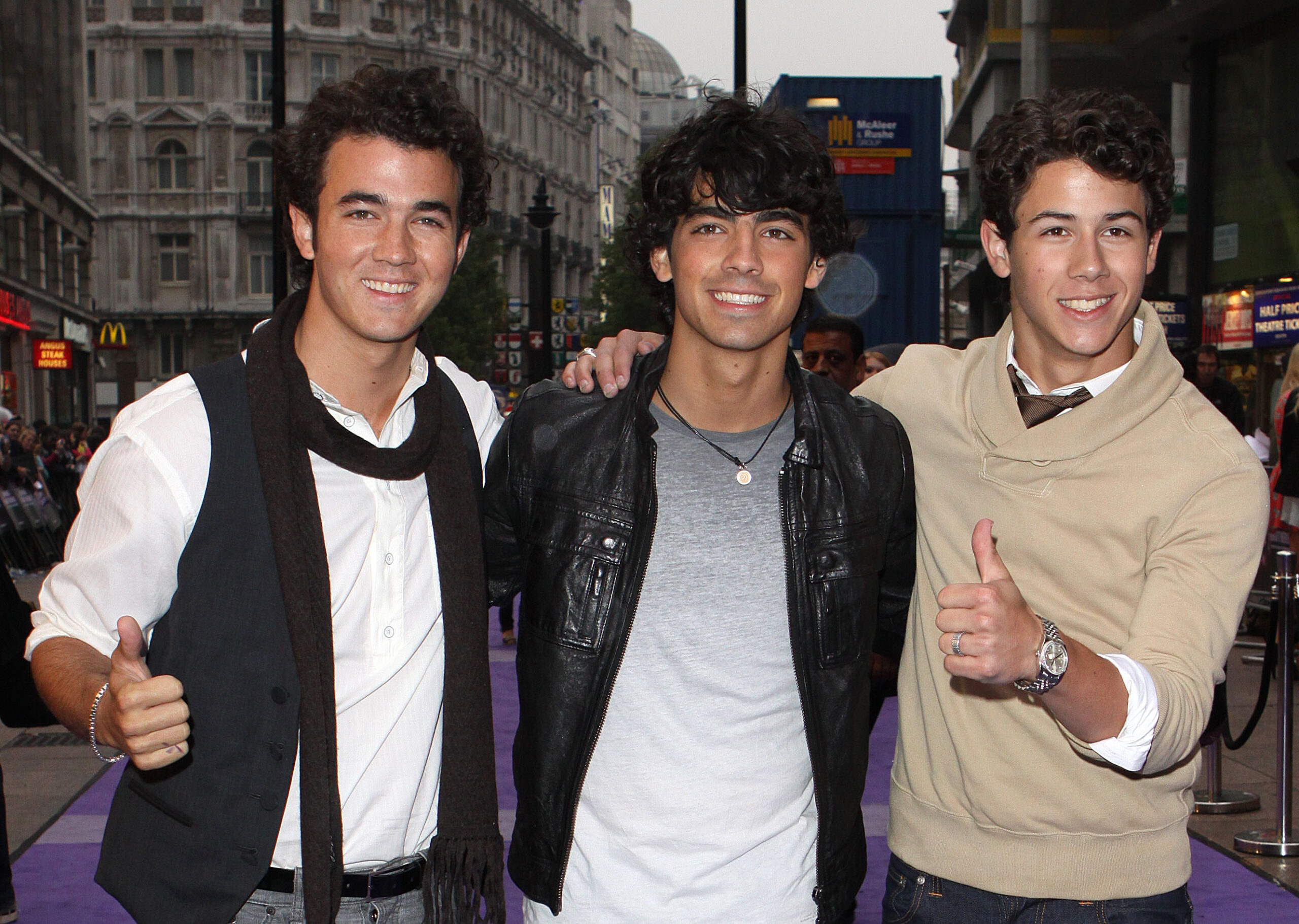 Nick, Joe, and Kevin Jonas have split up twice. The first time, in 2010, the teen idols peacefully went on hiatus to focus on solo projects. But in 2013, the group embarked on a reunion that was tumultuous and short-lived: they released one poorly received single and canceled a studio album along with dozens of tour dates amidst an internal rift over their creative direction. Their latest reunion went more smoothly as they returned in 2019 with their first Hot 100 chart-topper in “Sucker.”
Heart
5/11 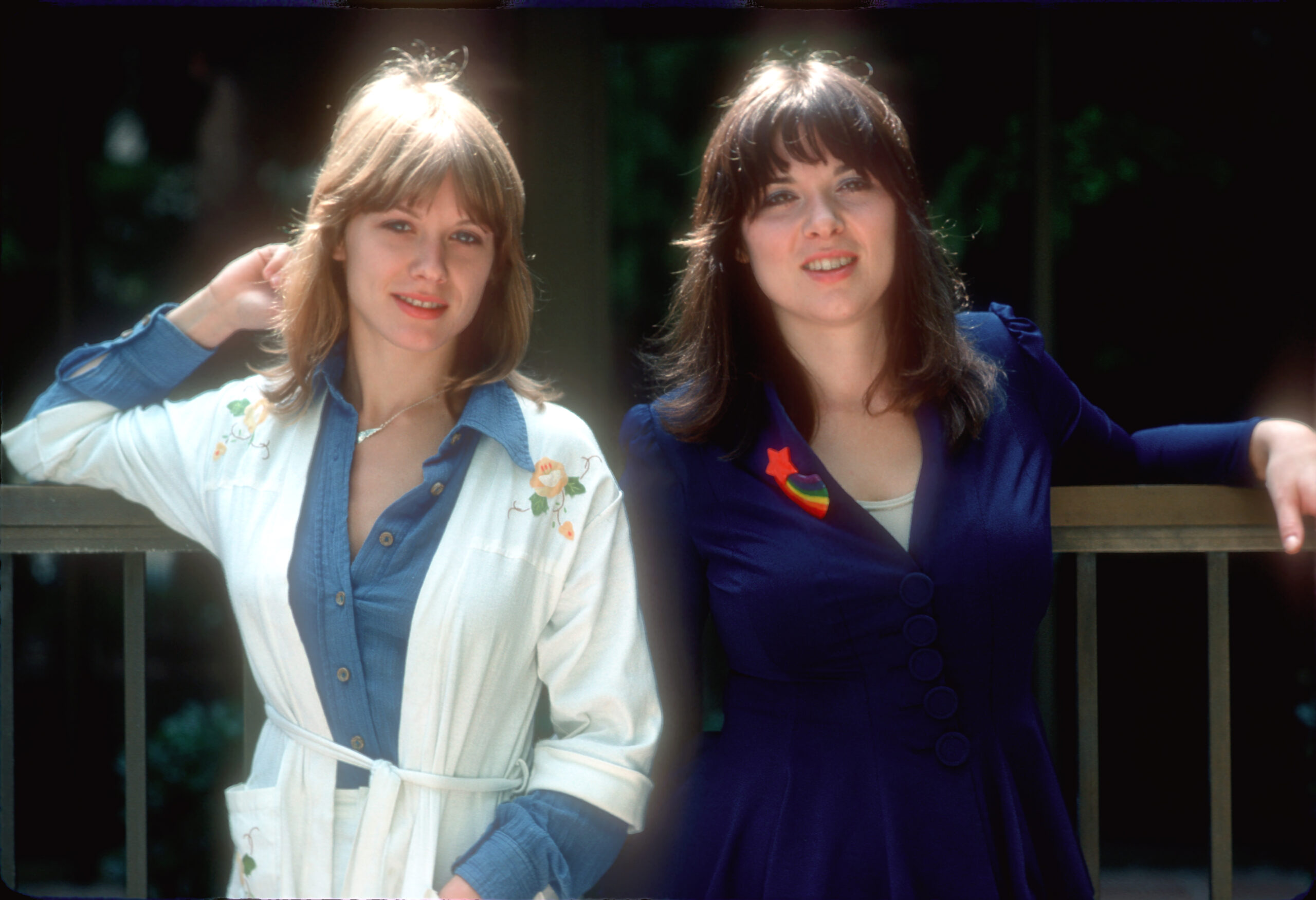 Ann and Nancy Wilson were rock’s biggest sister act of the ‘70s and ‘80s, the only constant members of Heart through the band’s 40-year history. But their relationship hit a major bump during a 2016 tour when Ann’s husband struck Nancy’s teenage son in anger and assault charges were pressed. For over two years, Heart went on an emotionally charged hiatus with Ann and Nancy barely speaking to each other. They were able to patch up their differences and formed a new Heart lineup that went back on tour in 2019.
The Black Crowes
6/11 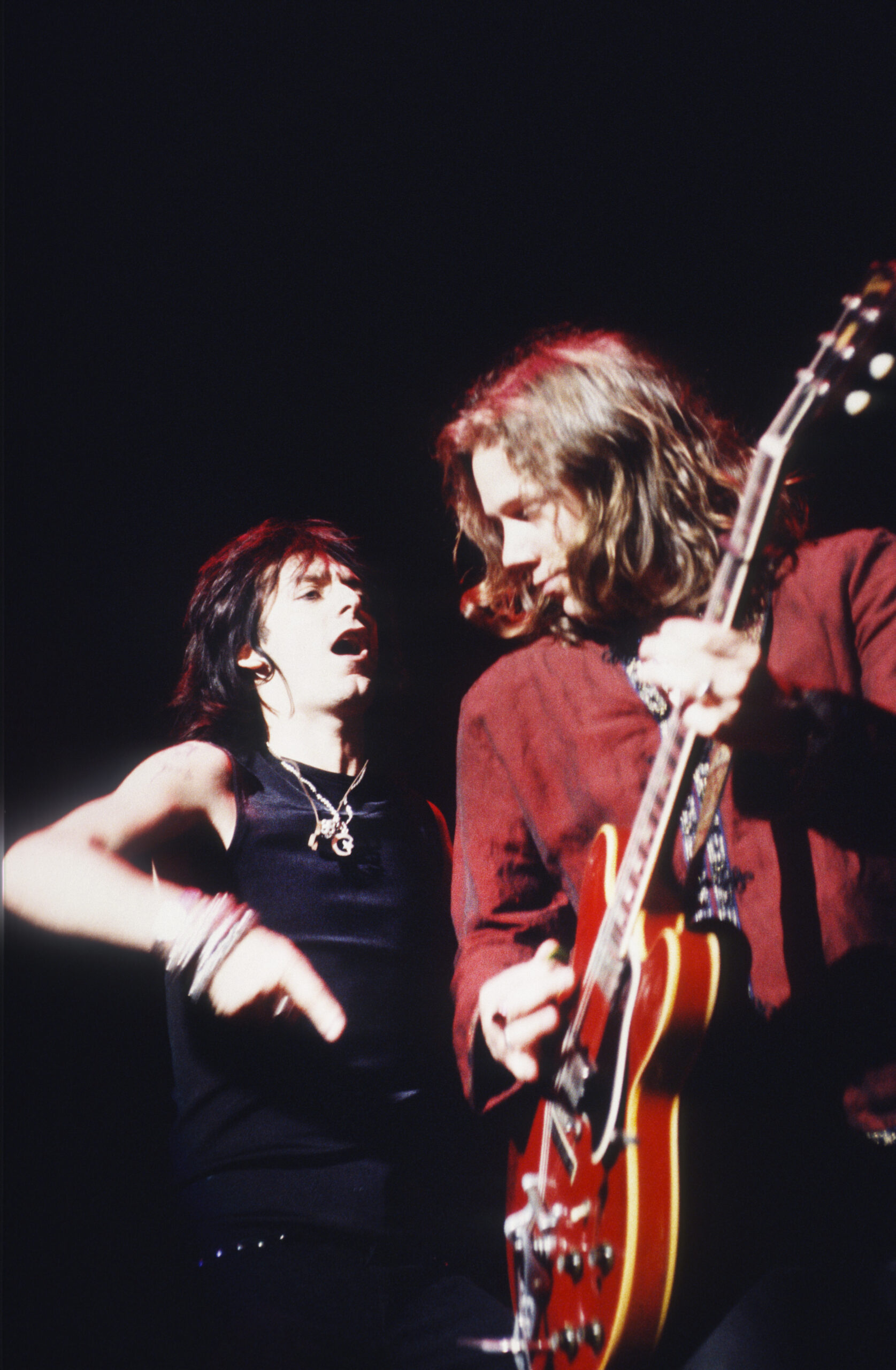 After nearly 25 years together, southern rockers The Black Crowes called it quits in 2014. And according to guitarist Rich Robinson and drummer Steve Gorman, his older brother Chris was responsible for the split, with the frontman demanding a larger than equal financial share of the band before he would agree to any future tours. Chris continued making music without Rich -- perhaps a bit ironically -- in a band called The Chris Robinson Brotherhood. But in November 2019, the Robinson brothers publicly reunited (without Gorman) and announced plans to get back on the road as the Black Crowes in 2020. 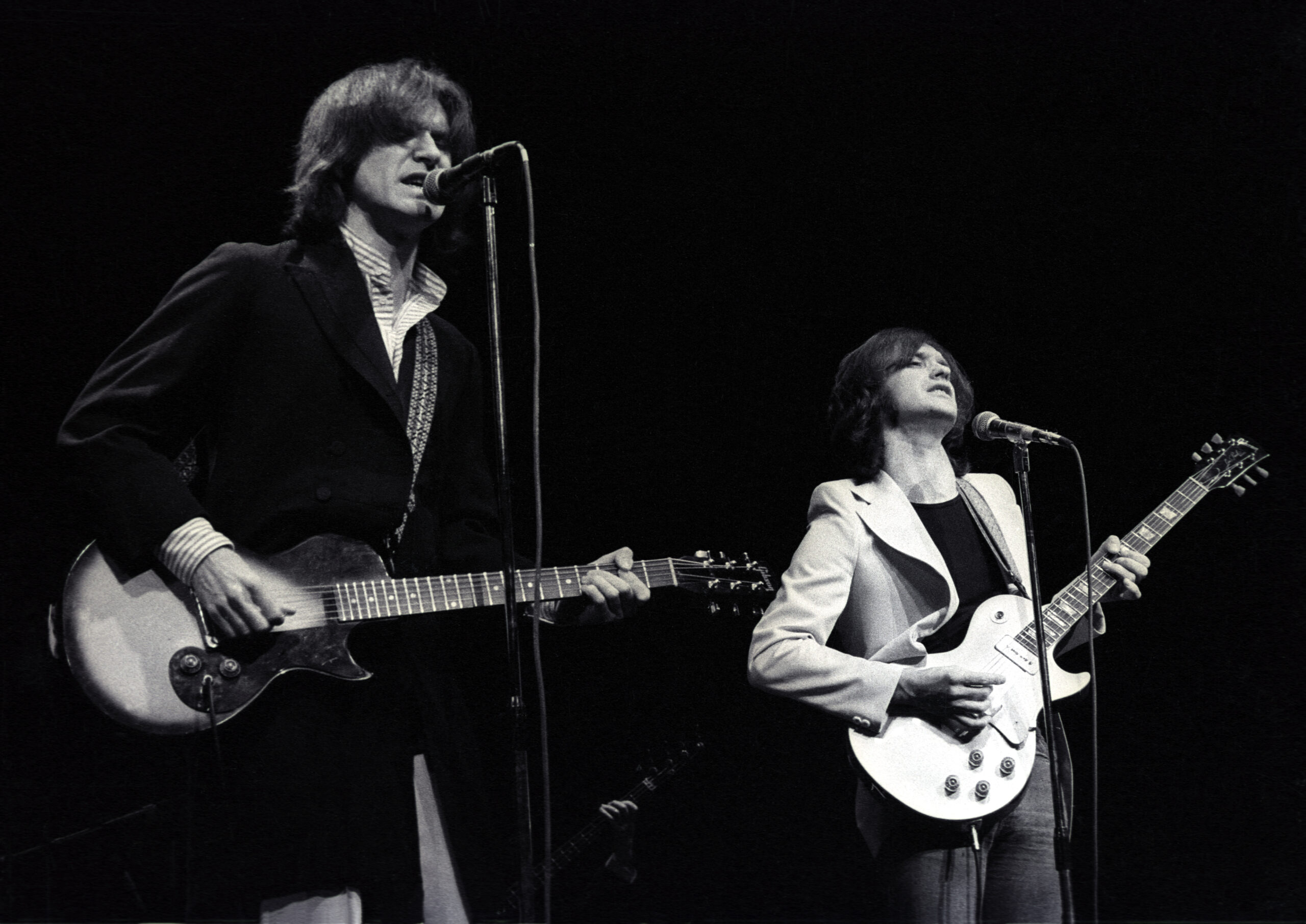 Ray and Dave Davies were the youngest of eight siblings, and spent over 30 years leading The Kinks before finally splitting up in 1996 after a long commercial decline and too many brotherly spats. Since the band dissolved, the Davies brothers have maintained solo careers while shooting down talk of a reunion. One attempt to write together in 2013 ended in an argument over credit for the influential guitar tone on “You Really Got Me,” while a brief 2015 live performance together was a one-off that never led to anything bigger.
Chevelle
8/11 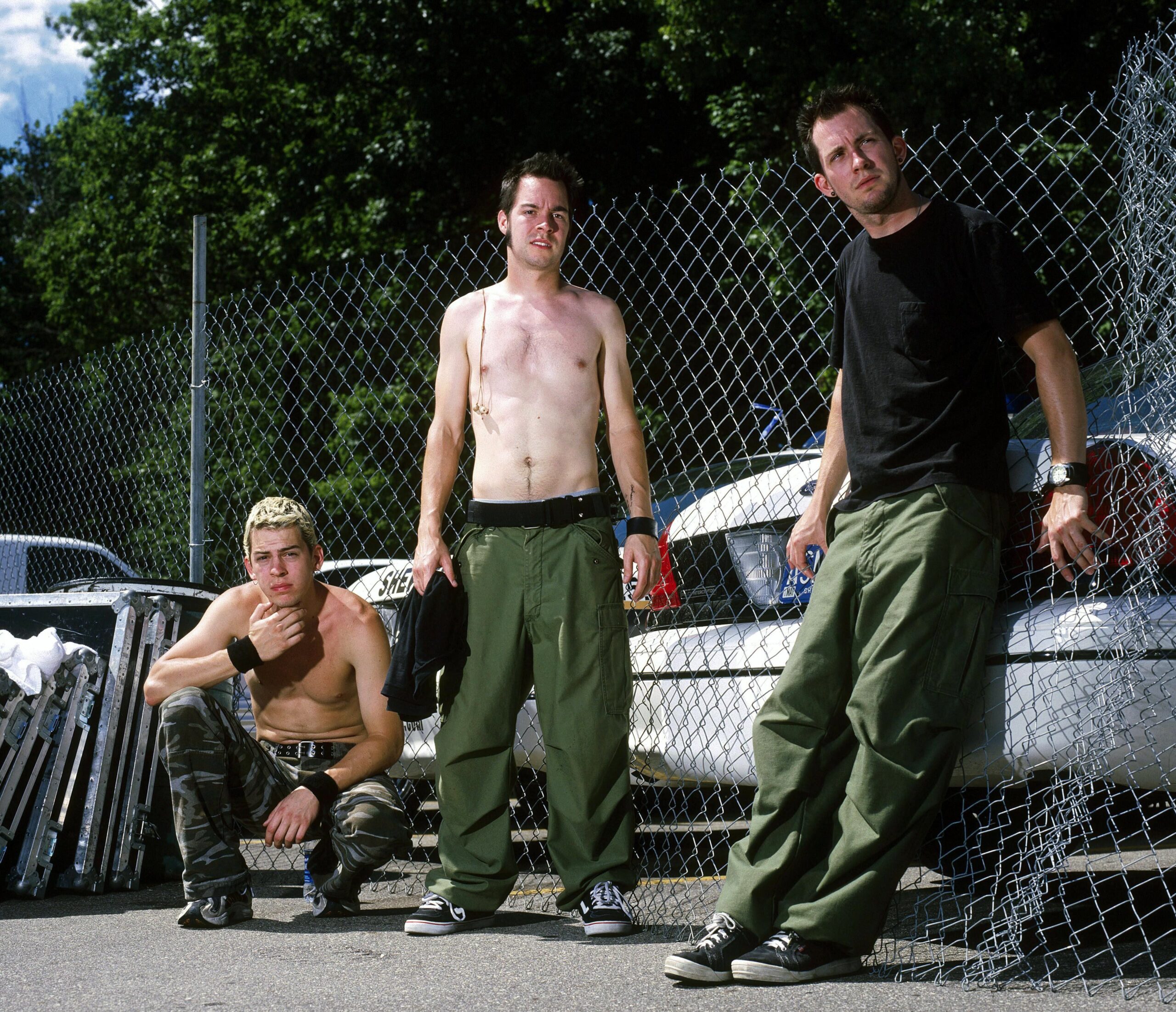 The Loeffler brothers formed Chevelle in 1995 with Pete on guitar and vocals, Sam on drums, and Joe on bass. But in 2005, after the release of their third album, the Illinois hard rock band announced that Joe was leaving Chevelle amicably, while Joe has maintained that his brothers fired him. The band has continued with Pete and Sam’s brother-in-law, Dean Bernardini, on bass, but holidays have reportedly been awkward for the Loeffler family. “Christmas was pretty weird, to say the least,” Pete Loeffler told Launch Radio Networks in 2007.
The Replacements
9/11 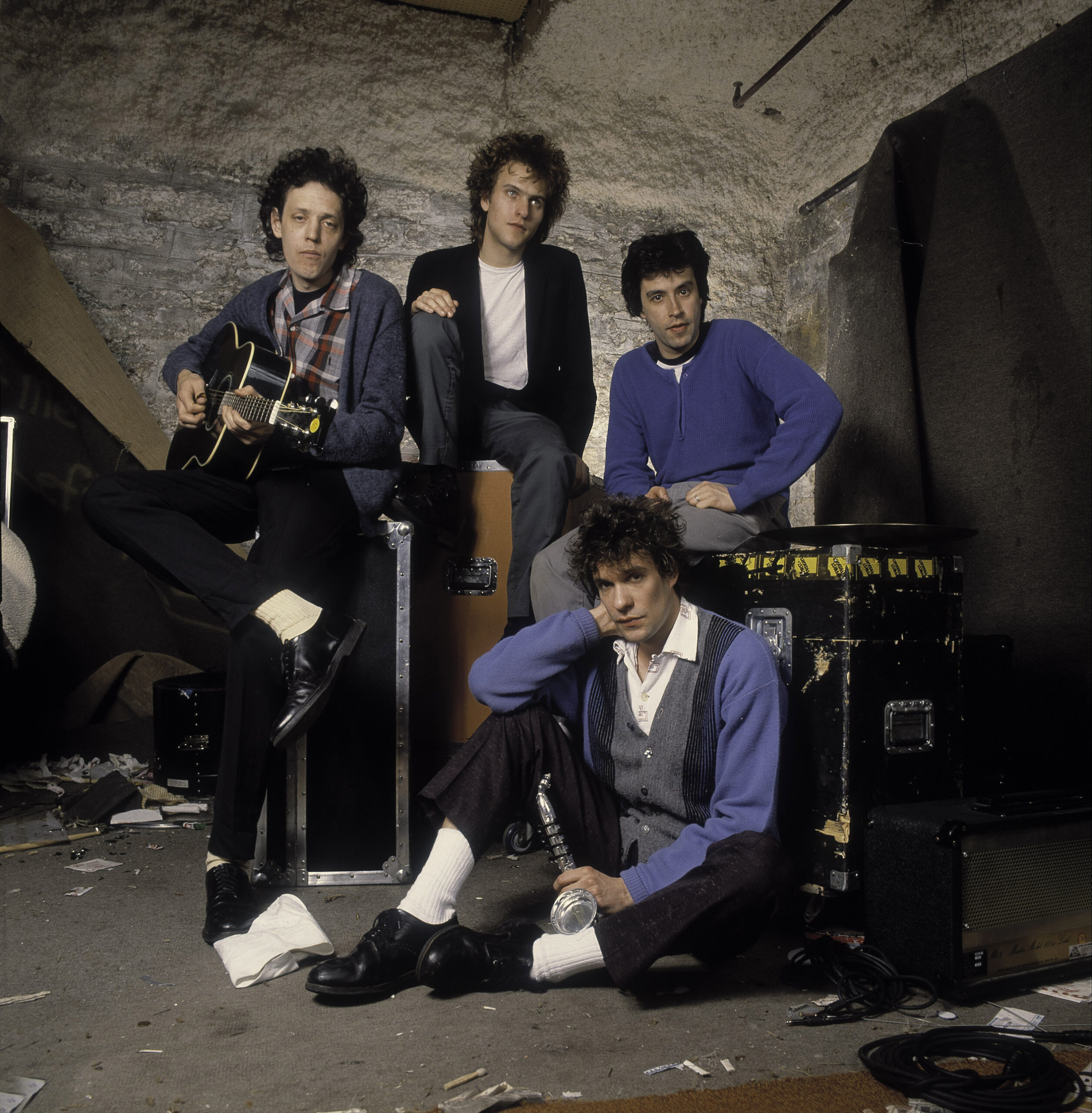 In late ‘70s, teenage guitarist Bob Stinson bought his mischievous 11-year-old brother Tommy a bass, and started a band to keep him out of trouble after school. Over the next few years, The Replacements became one of the leading lights of the burgeoning college rock scene and then a rising major label band, known as much for the band’s drunken antics as frontman Paul Westerberg’s songs. As Bob Stinson’s drinking spiraled out of control in 1986, he either left the band or was fired, depending on who tells the story. Tommy Stinson remained in the band until their 1991 breakup, but he never played again with Bob, who died of organ failure from years of drug abuse and alcoholism in 1995.
Oasis
10/11 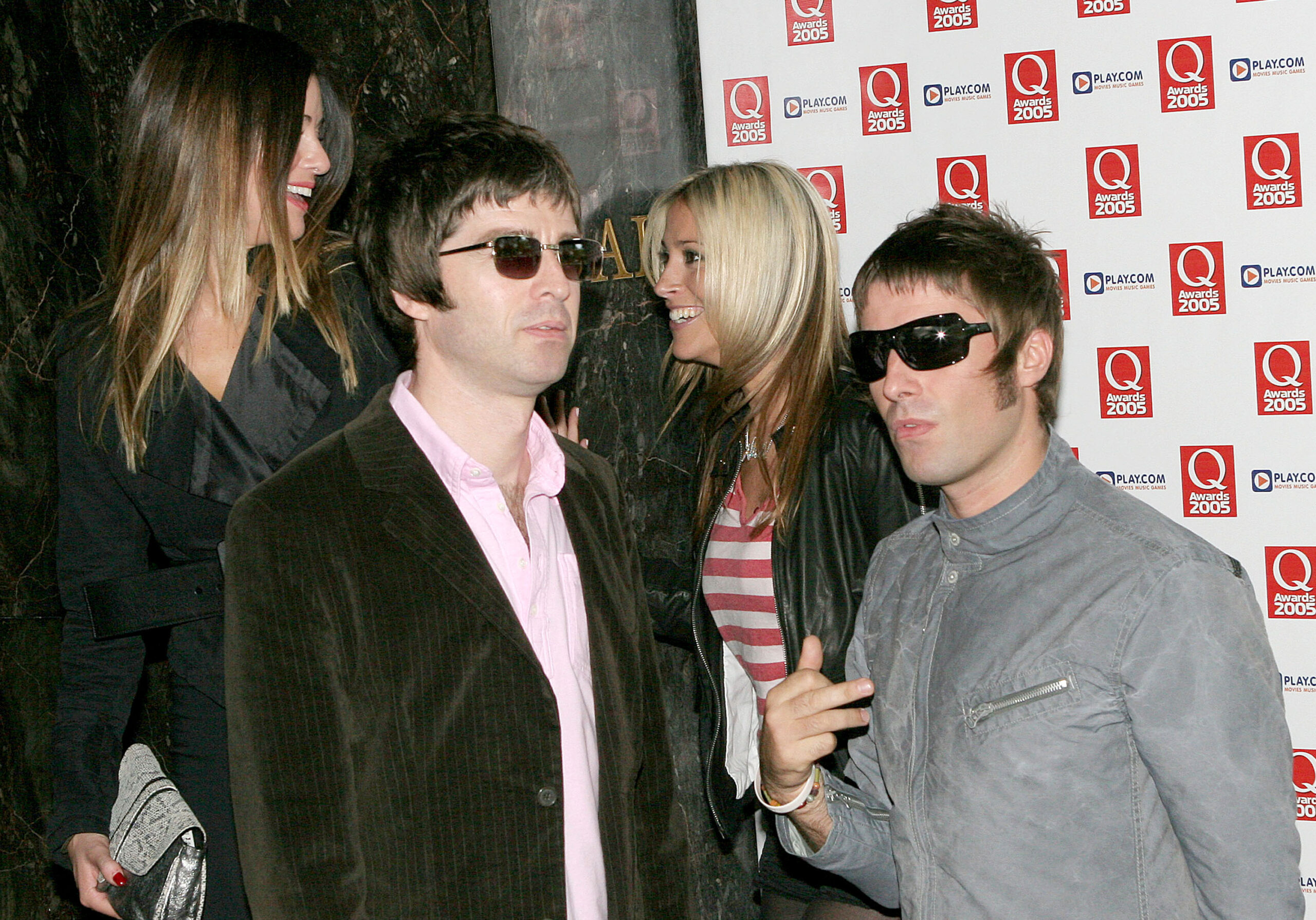 Even when Liam Gallagher singing his older brother Noel’s songs made Oasis one of the biggest bands in the world, the pair were known for their combative relationship. A 1995 recording of the brothers arguing during an NME interview circulated as a bootleg entitled Wibbling Rivalry that actually sold well enough to chart in the UK. And a year later Liam famously sat in the audience heckling his brother during Oasis’s MTV Unplugged taping. But the Gallaghers didn’t actually feud enough to break up the band until 2009, splitting off into Noel Gallagher’s High Flying Birds and the Liam-fronted Beady Eye. A decade later, they don’t seem any closer to reconciliation – when Dave Grohl recently called for a petition to reunite Oasis in 2019, Noel Gallagher, in turn, suggested a petition to break up Foo Fighters.
Creedence Clearwater Revival
11/11 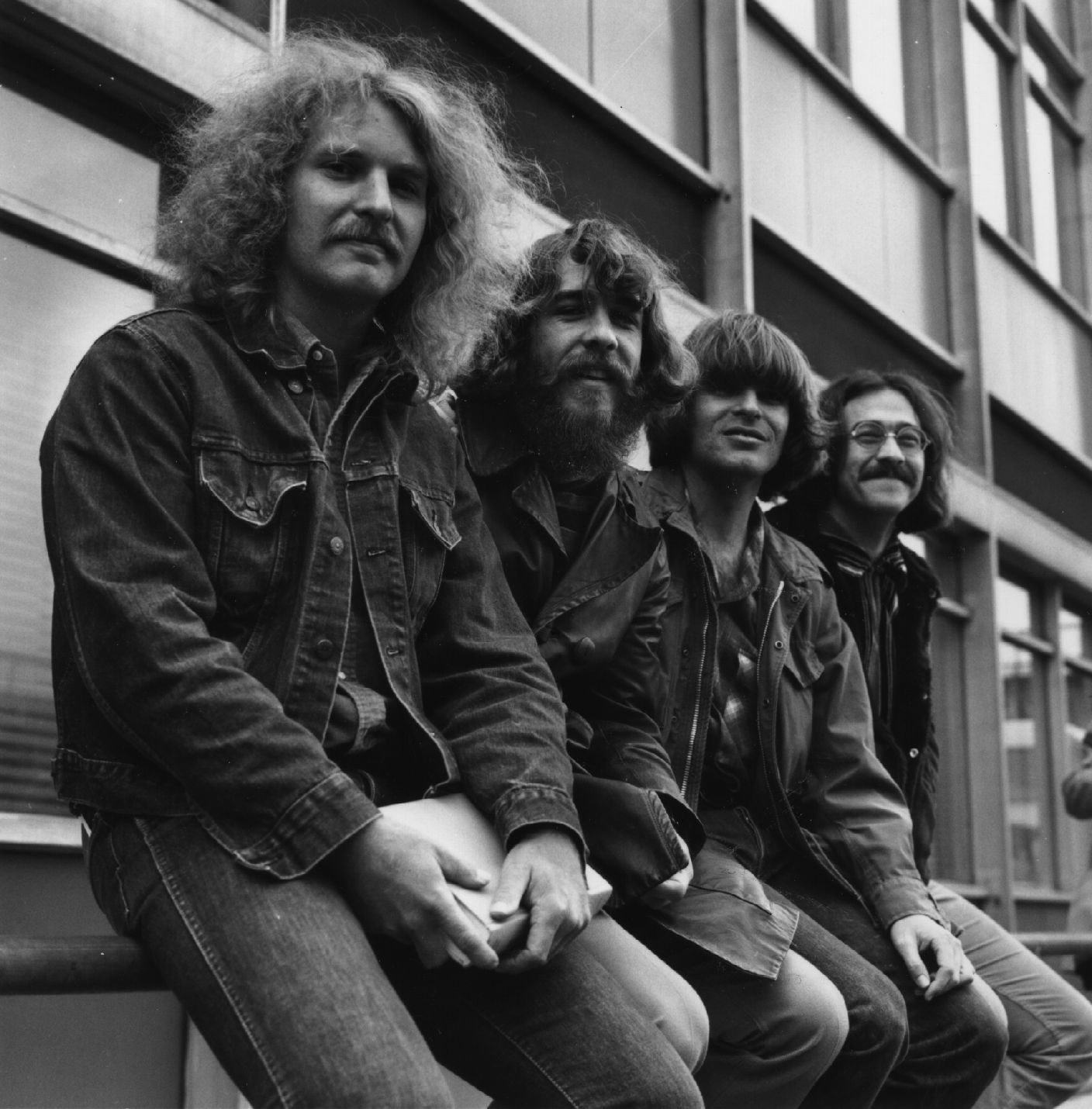 As Tommy Fogerty & The Blue Velvets and then The Golliwogs, Tom Fogerty wrote and sang lead with his younger brother John on rhythm guitar. But by the time they became Creedence Clearwater Revival, John had become the primary singer and songwriter of the group, eventually taking full artistic control of the quartet. Tom Fogerty, who fought with his brother about making the band a more democratic unit, quit CCR in 1970, and things got even more contentious within the remaining trio, before they finally split up in 1972. John Fogerty was so angry about CCR’s breakup, and ensuing lawsuits over the band, that for years he wouldn’t even perform their songs in his solo concerts. The Fogerty brothers rarely spoke for 20 years and had just begun to reconcile shortly before Tom’s death in 1990.