14 Next-Gen Launch Games to Go With Your New Console By Josh Broadwell and Josh Chesler

The PlayStation 5 and Xbox Series X|S are here, but even if you were lucky enough to score yourself a console on launch day, choosing your system is only the start. Unless you want an expensive next-gen decoration for your entertainment center, you’ll need some games to go with that shiny new console.Fortunately, there’s no shortage of PlayStation 5 and Xbox Series X|S launch titles to choose from. Some are releasing on current platforms as well, while others are exclusive to the new hardware. Regardless of how you’re playing them, all of these games were built around getting the most out of what next-gen consoles have to offer. 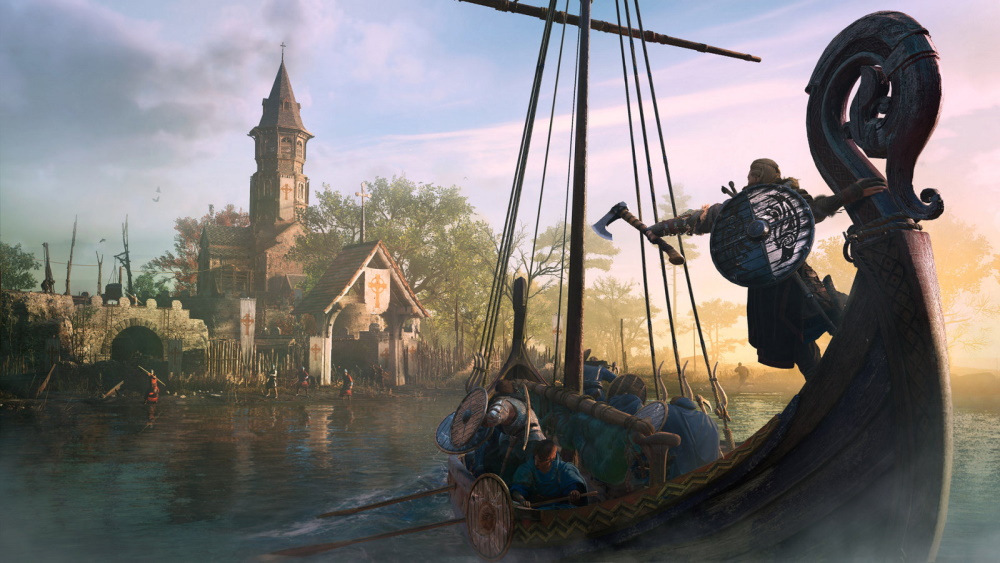 Ubisoft's Assassin’s Creed Valhalla promises a pleasant trip through "Merry Olde England" — as long as you're one of the Viking invaders hell-bent on finding a new home and conquering their Anglo-Saxon rivals.

As Eivor, a Viking clan leader, you take part in a massive quest spanning everywhere from the Norse homelands and early medieval England to the unseen spirit world and even North America (or “Vinland”) — and that’s just the start.

The game's narrative revolves around Eivor (whose gender is selected by the player) and their clan finding a new home in England and getting caught up in power struggles with the Anglo-Saxons, meaning that there will be no short of alliances formed, betrayals experienced, and unceremonious early retirements for unlucky military leaders.

Combat and exploration will provide the next level of what players loved about recent Assassin's Creed games like the Egyptian-themed Origins and Greek Odyssey, but while bringing back a touch of the classic Assassin’s Creed formula of yesteryear. Although Valhalla still maintains a massive and gorgeous open world brimming with people and quests, there’s a greater emphasis on stealth than there has been recently within the series. From hidden knives to blending in with the crowd, long-time Assassin's Creed fans may notice quite a few sneaky similarities to the original games. 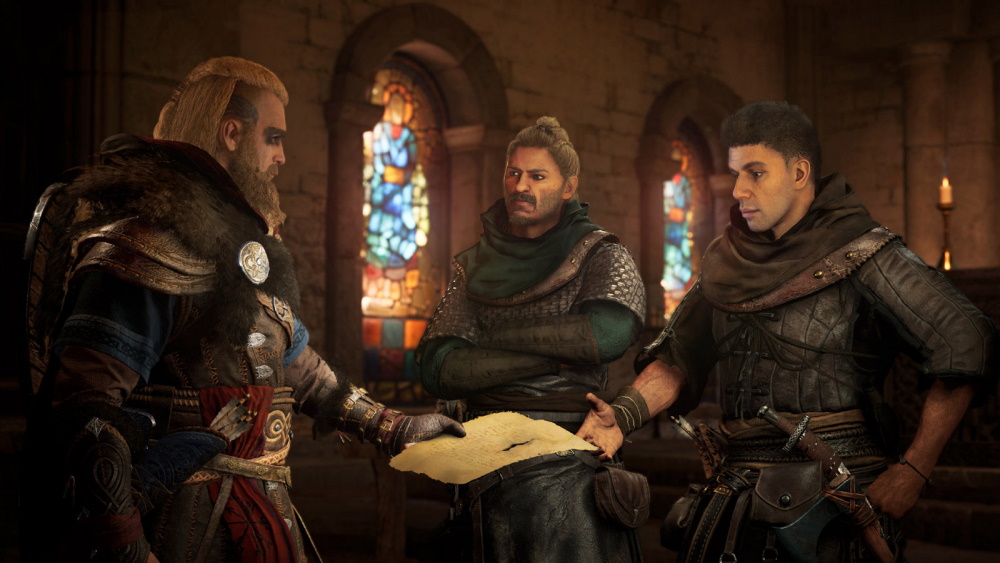 Of course, in addition to the updated gameplay, Valhalla will utilize the next-gen consoles' improved spatial audio features to help bring their settings to life. After all the numerous NPCs [non-player characters] play an important role in making the game feel like it takes place in a living, breathing city.

“We recorded the civilians and guards in Old English, Old Norse, Latin and Old Welsh,” said Aldo Sampaio, Valhalla’s sound director. “We also created a dynamic 'walla' [crowd noise banter] system that dynamically adjusts the crowd noises depending on what’s around the player in terms of crowd size, ethnicity, gender and age percentage.”

Ubisoft also promised a year’s worth of post-launch support with free updates to further enrich Eivor’s world and the people in it, plus two paid DLC expansions taking the Viking leader to Ireland and war-torn Paris.