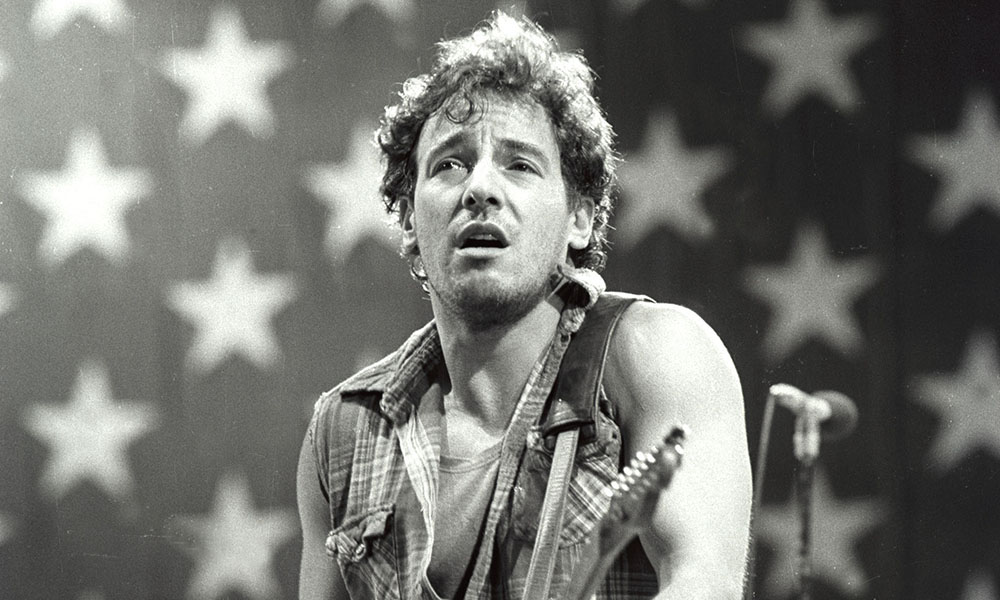 Bruce Springsteen's orbit is massive, quite simply because he's so generous with his creative energy. He'll hop on stage with his biggest fans, like he's done with The Gaslight Anthem, or collaborate with peers who are indebted to his style, like John Mellencamp. Springsteen is New Jersey's native son, but he's also America's poet laureate.

He's a champion of the working class, and one of the richest rockstars in the world. Somehow, he's able to balance these opposing identities. But as he's ascended to the throne of America's greatest living rockstar, he's remained grounded and committed to his mission of writing about working class issues and the jobs too often neglected in popular culture. Though he's the first to admit that he never worked an honest day in his life, his music still radiates empathy. Plus, his maniacal touring schedule and Energizer Bunny ability to go on and on, night after night has us convinced that he's a working man like the rest of us. In celebration of Bruce, we decided to spotlight 30 artists who are indebted to his singular style. 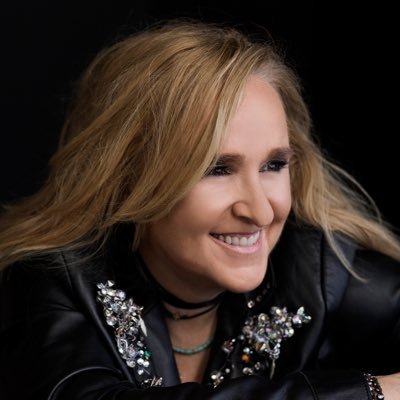 Like her musical idol, Melissa Etheridge  built her fanbase from the ground up, touring relentlessly to hone her entertaining live show and showcase her fresh songwriting. Etheridge's songs resemble Springsteen's in their candid rawness. The Leavenworth, Kansas singer is never afraid to sing exactly what she's feeling. 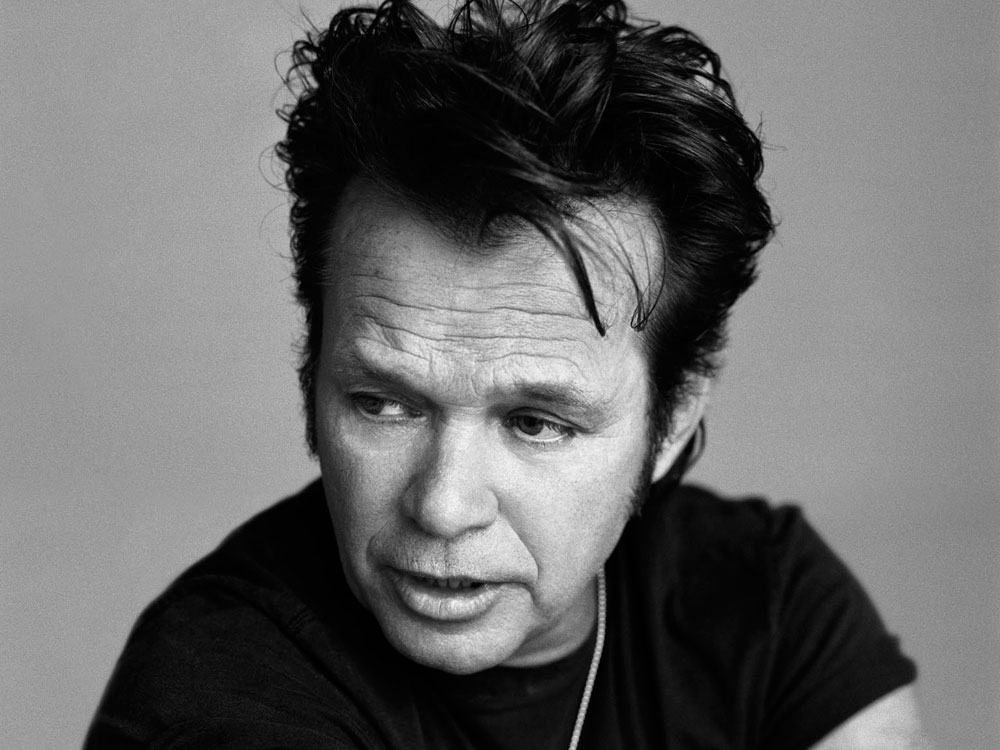 John Mellencamp has been a Springsteen devotee for quite some time, so you can only imagine what an honor it was for Cougar when he was asked to perform at Bruce's Kennedy Center ceremony. Mellencamp performed "Born in the U.S.A.," saying about the decision, "I was very proud and humbled to have been able to play 'Born in the U.S.A.' in a different fashion that I think was true to the feelings that Bruce had when he wrote it." Mellencamp's songs tap into the American heartland just like Springsteen's, and his penchant for anthems also resembles The Boss's songwriting approach. 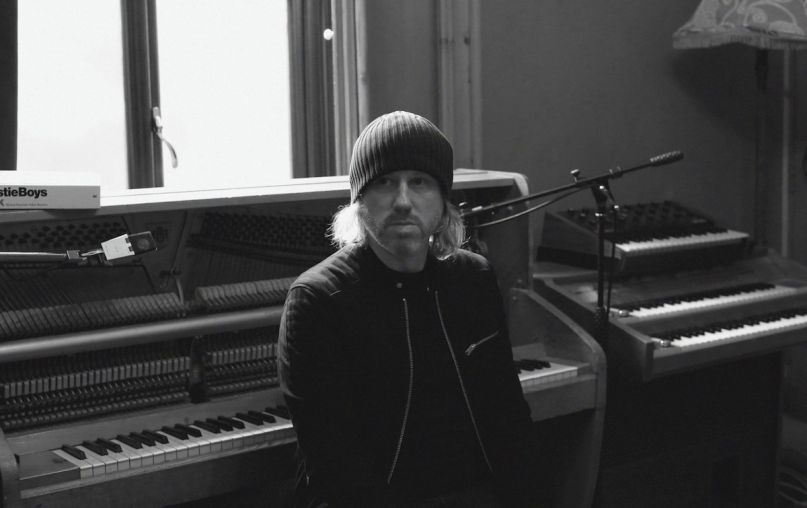 Badly Drawn Boy is the moniker of Damon Michael Gough, an English singer-songwriter with an effortless Springsteen-ian vibe to his songwriting. One of his earlier singles, 2006's "Born In The UK" is an obvious nod to his musical idol. Though he's British, Gough focuses on the plight of working-class struggles much like Springsteen, overflowing his songs with feeling, empathy, and patience. 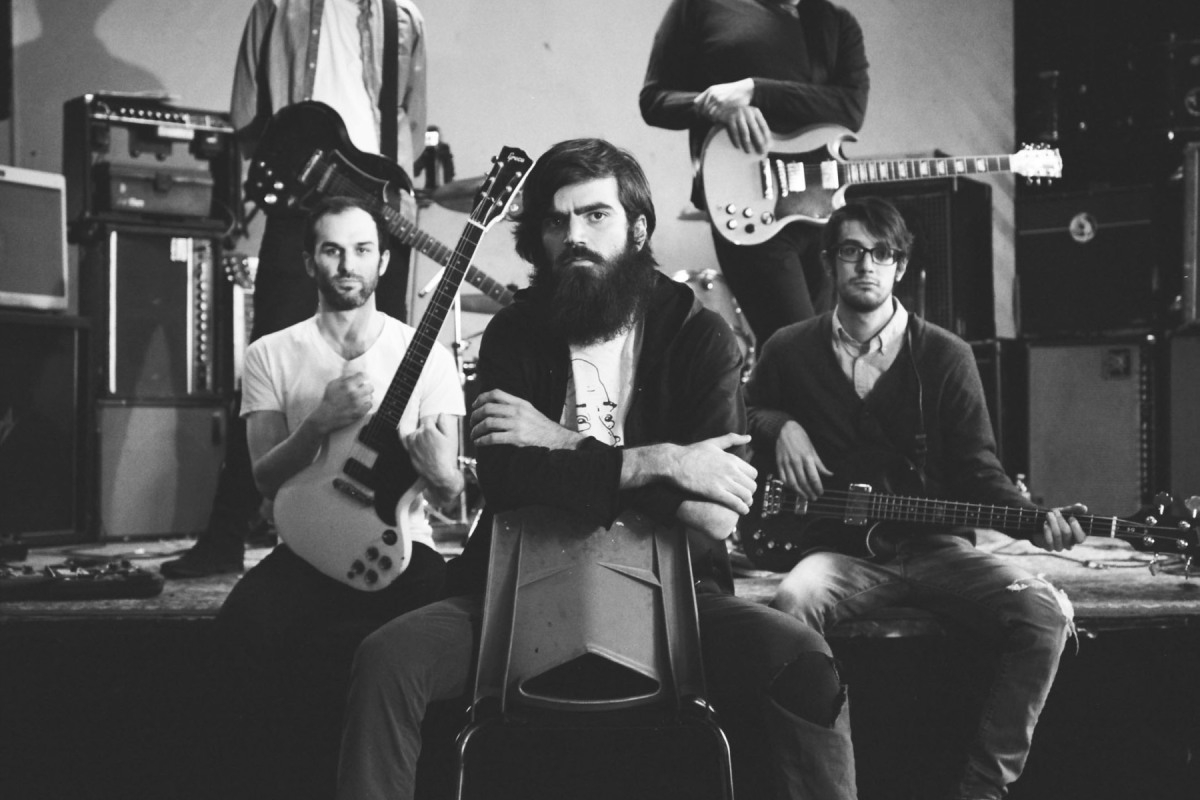 There's more to this comparison than the New Jersey connection. Though the members of Titus Andronicus are proud residents of the Garden State, their catchy, fist-pumping hooks fit would fit alongside any big Springsteen song on a playlist. On their best LP, 2010's The Monitor, singer and songwriter Patrick Stickles even includes an ode to The Boss. On opener "A More Perfect Union," Stickles sings, "Tramps like us, baby we were born to dieeeeeeee!" 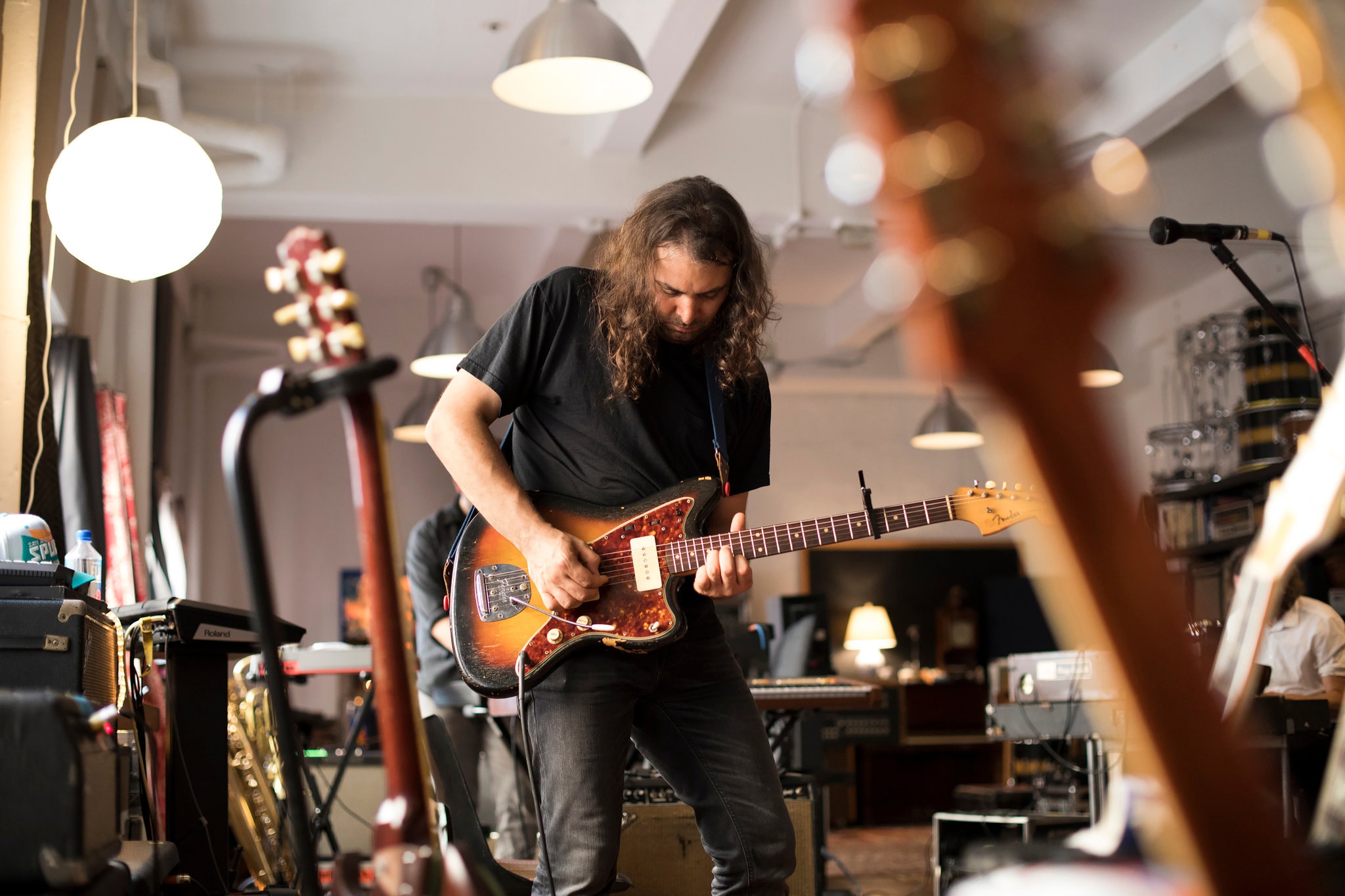 Adam Granduciel, principal songwriter and bandleader of The War on Drugs, was slow to reveal his love for Bruce Springsteen. His early albums with the group (which featured Kurt Vile on guitar) were indebted to experimental guitar players and Bob Dylan. The mix was knotty and hypnotic. But on the band's breakthrough, 2014's Lost in the Dream, the group dove deep into their bag of Springsteen tricks, especially on the explosive single, "Red Eyes," where the band recalls the Boss' penchant for infectious choruses and undeniable hooks. 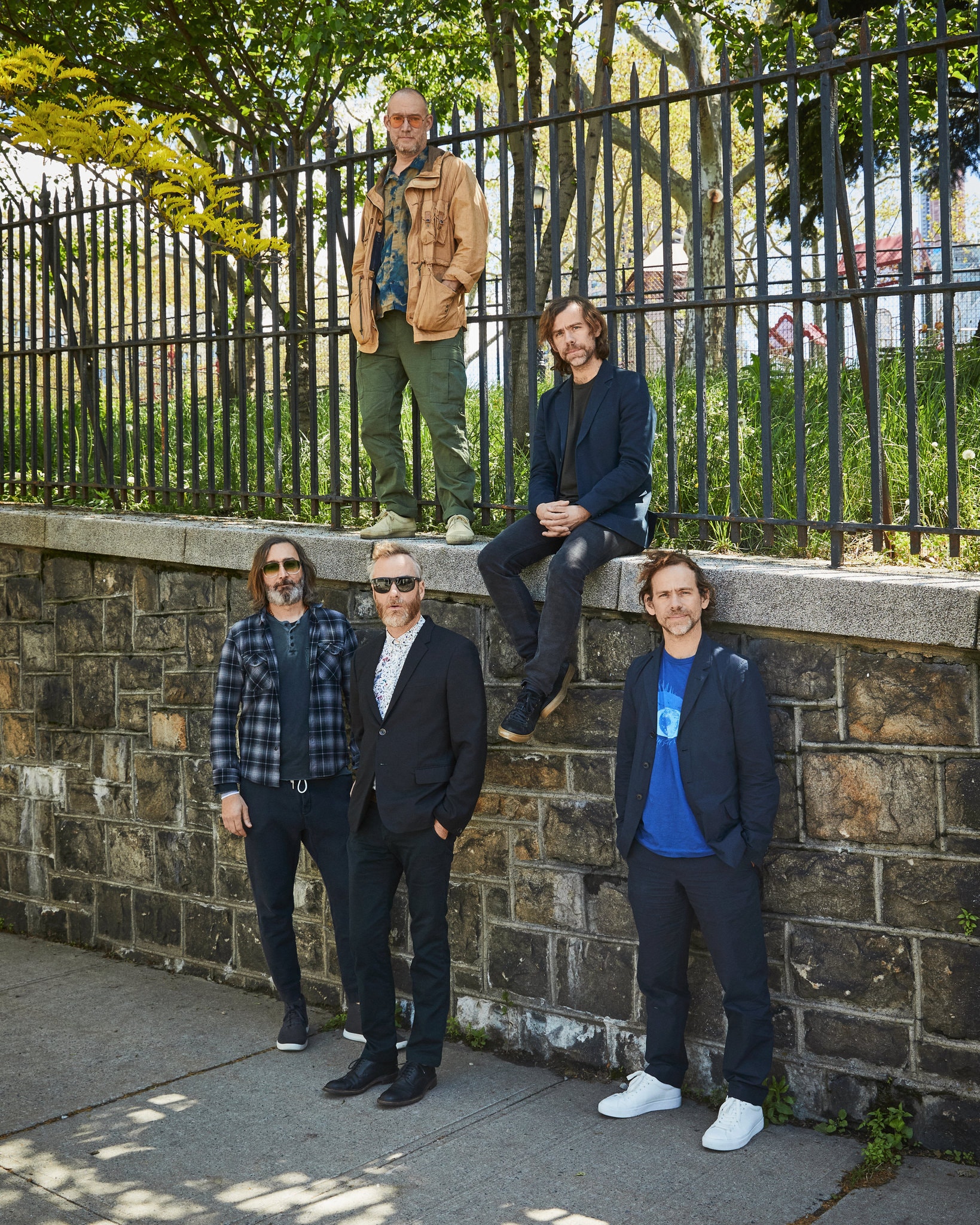 Bruce Springsteen is the king of New Jersey, and it may just be the case that The National are the new kings of New York. It's a lofty title to hold, but no one captures the city's mix of dread, chaos, and excitement like the group does. Though they're from Ohio, The National capture life in New York like few others. Their unique perspective on the city's characters and establishments recalls Springsteen's empathetic approach to the stories of others.
Steve Earle
8/31 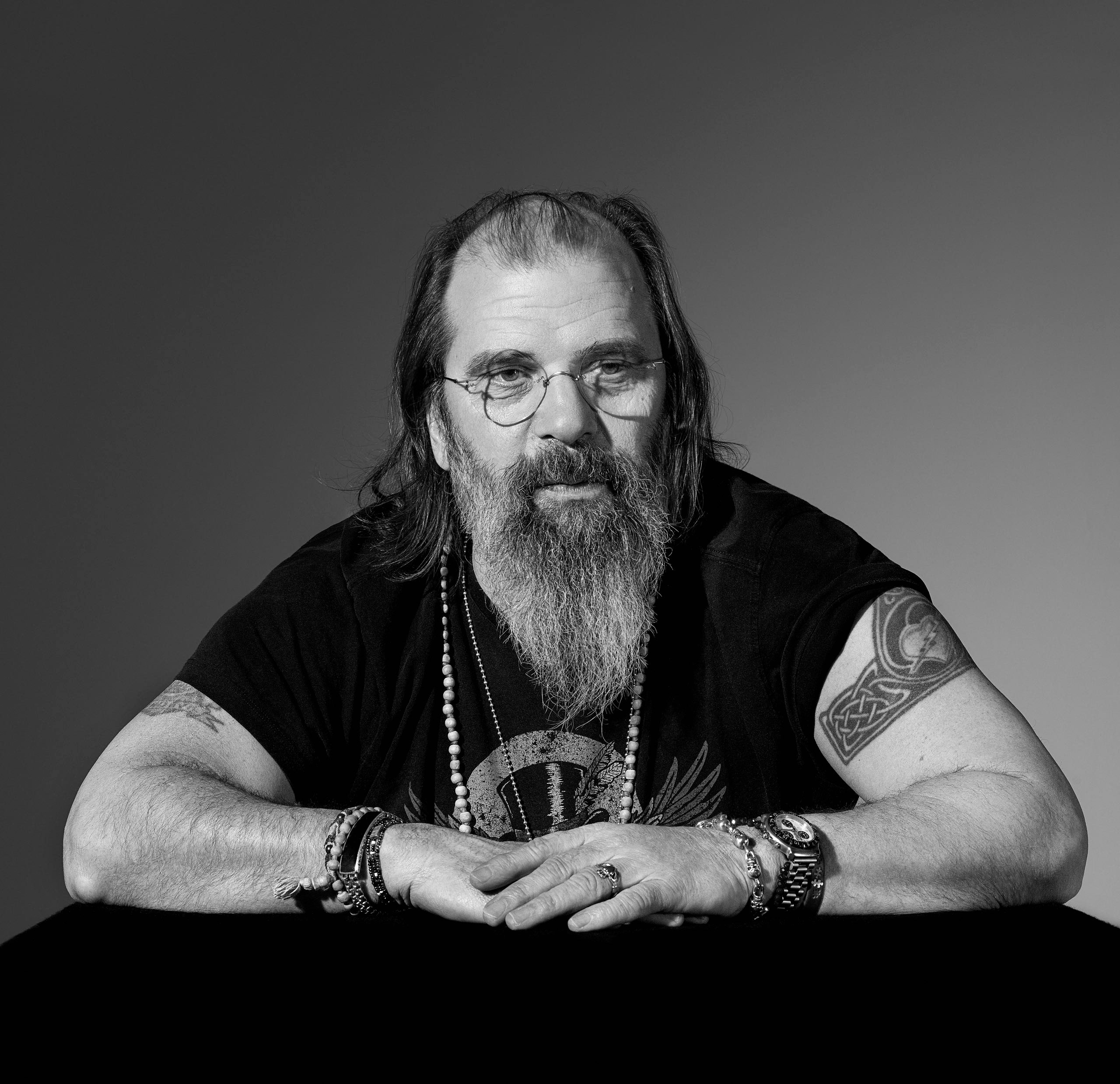 Steve Earle captures the working class environment with attention to detail and passion for the hard, quiet work that keeps this country navigable. Earle had a rebellious streak as a young man that also recalls Springsteen's obsession with music. Earle ran away from home at age 14 to search for his idol, singer-songwriter Townes Van Zandt. Though he never found him, that passion for great songwriting found its way into all of his work, just as it did Springsteen's. 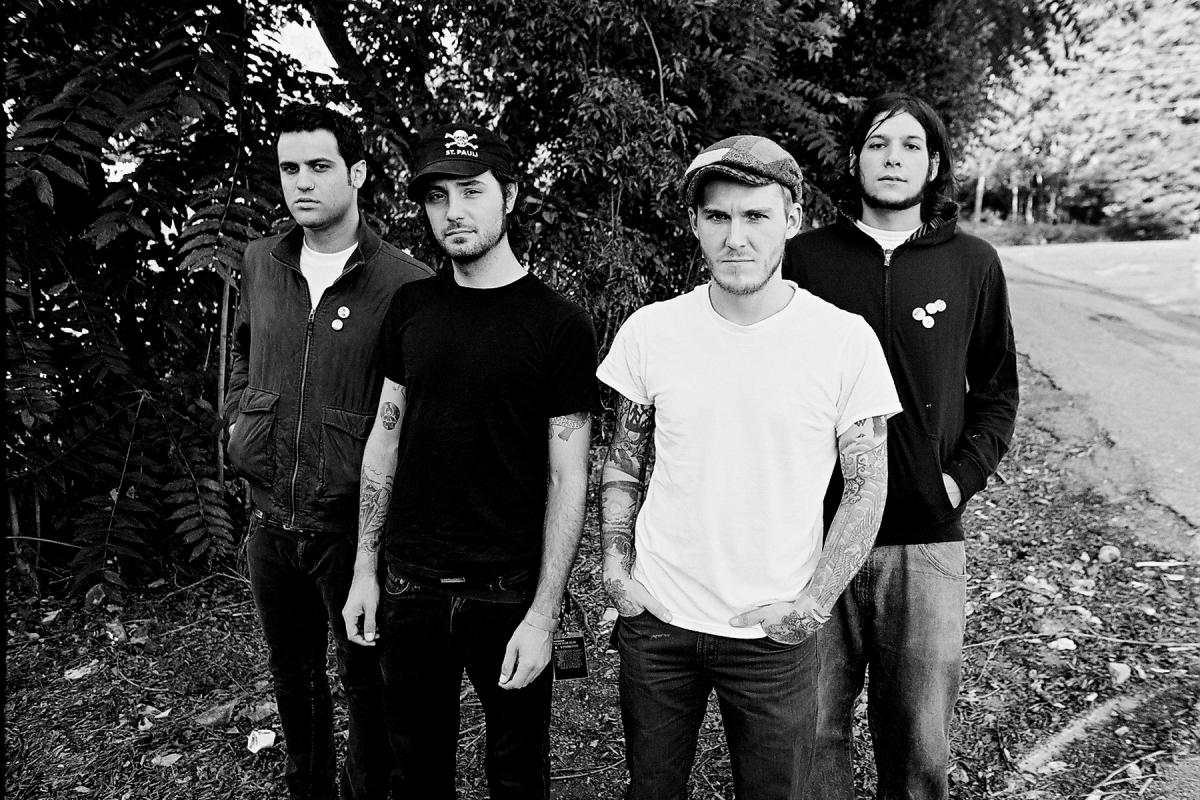 The New Jersey connection is alive and well with The Gaslight Anthem, a band that's unabashedly indebted to Springsteen and his influence on the state (they even reference "I'm on Fire" on "High Lonesome"). While the band's early albums only earned comparisons to The Boss, they eventually opened shows for Bruce, and he even hopped on stage back in 2009 for a rendition of their hit, "The '59 Sound." The Gaslight Anthem are the rare band clearly indebted to a particular band or movement, but they find a way to build that into a different sort of momentum altogether.
Foo Fighters
10/31 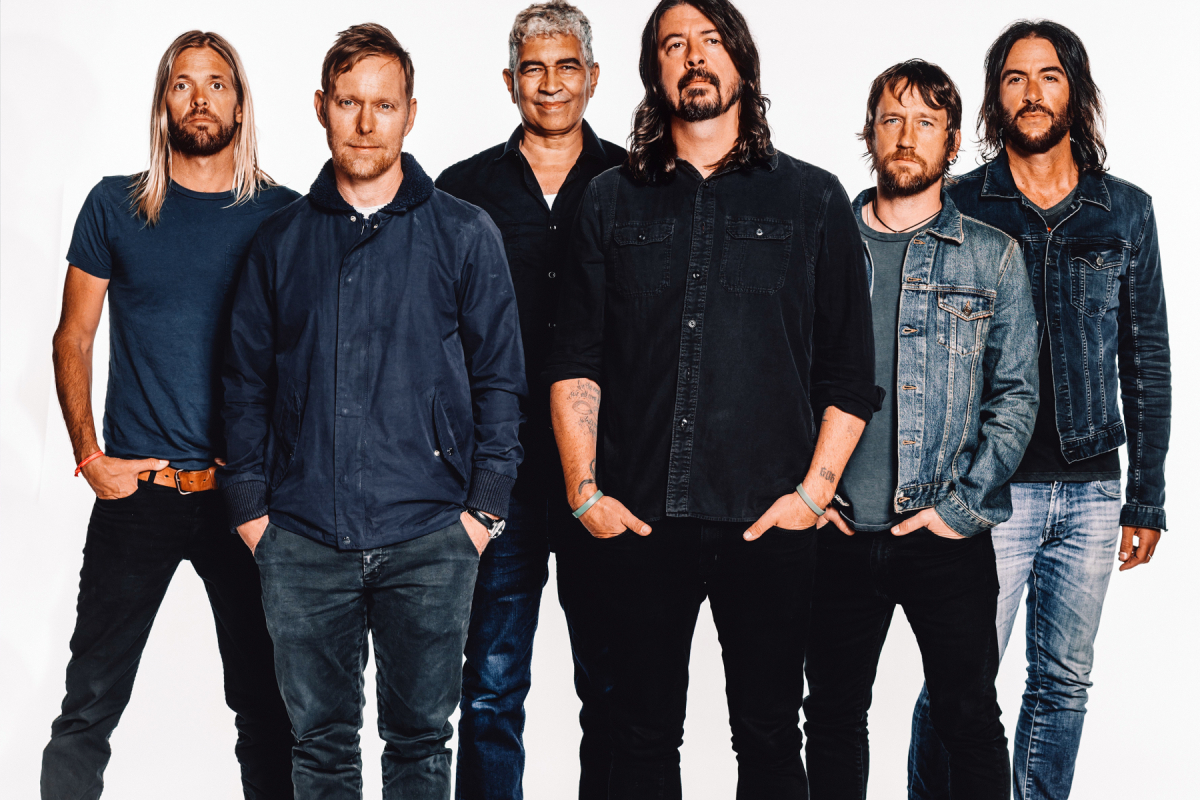 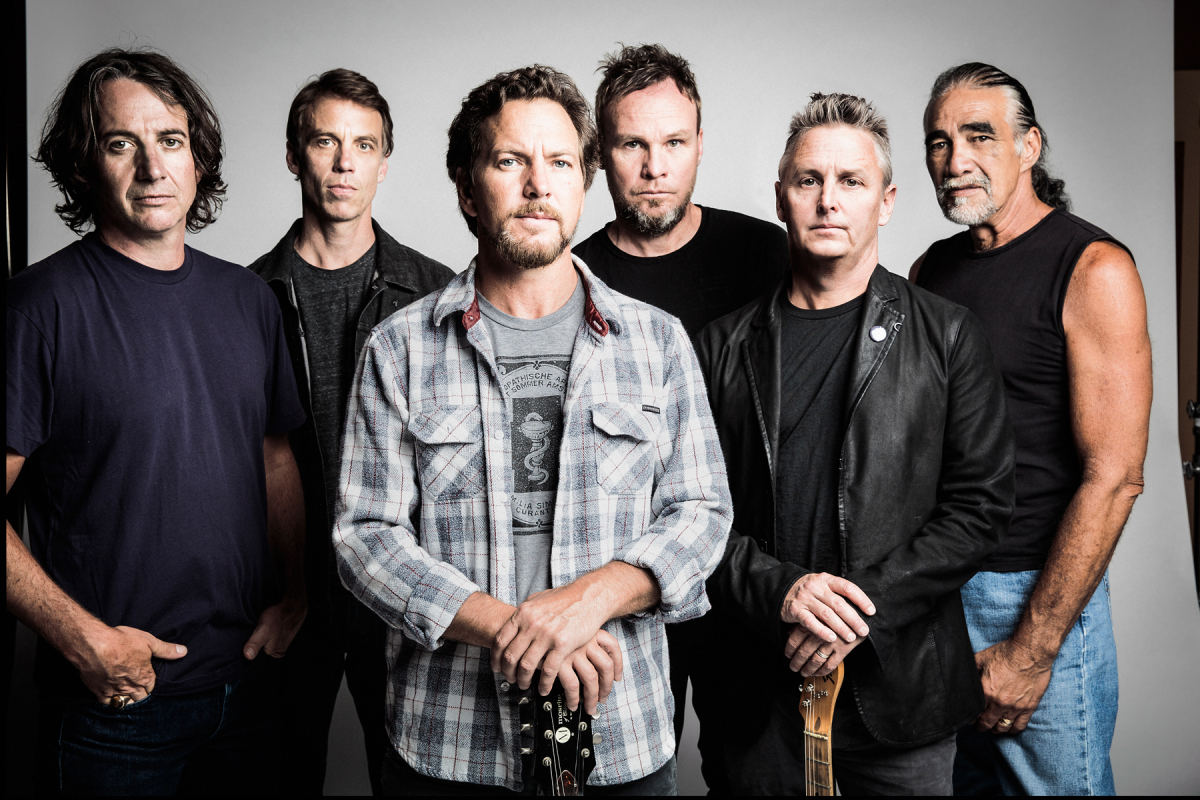 Eddie Vedder has long been a card-carrying member at the church of Bruce Springsteen. It's easy to spot the influence when you catch a Pearl Jam show, as Vedder's band always put on a balls-to-the-wall, give 'em everything you got performance. Like Springsteen, Pearl Jam devotees travel from city to city, knowing that every show promises new tricks and a fresh setlist.
Jason Isbell
12/31 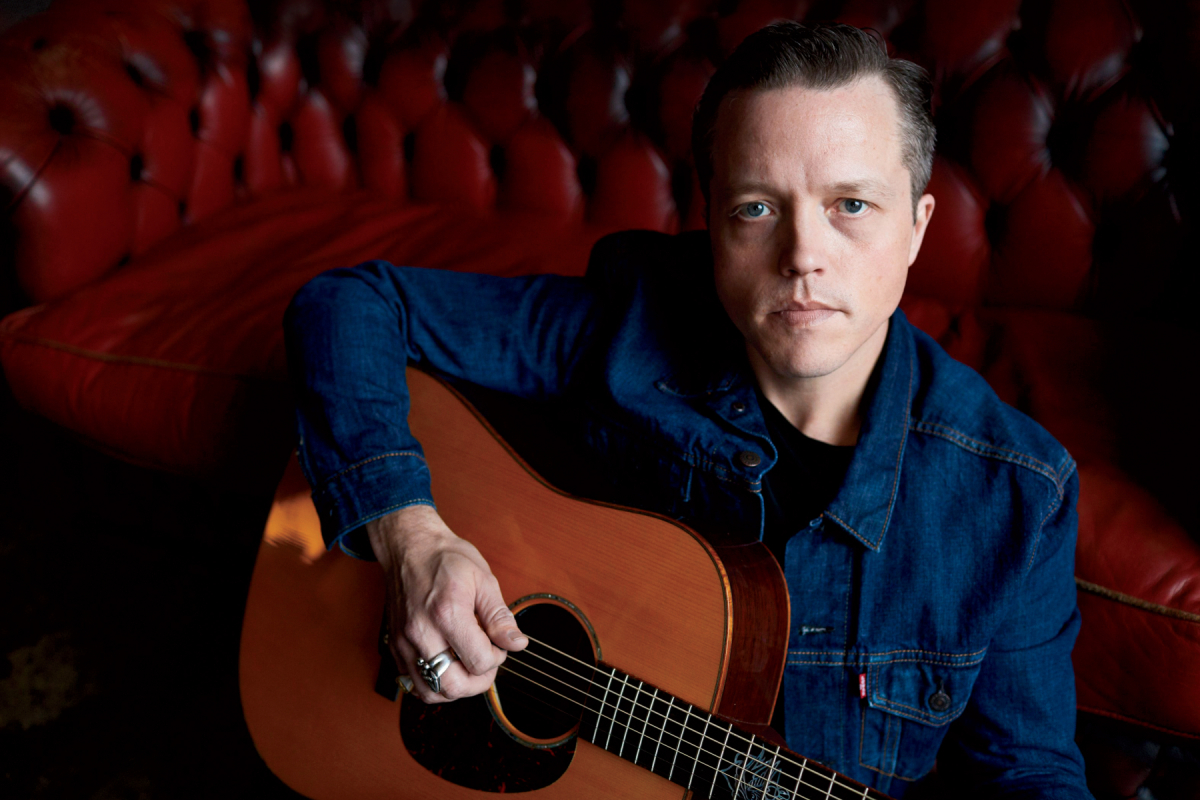 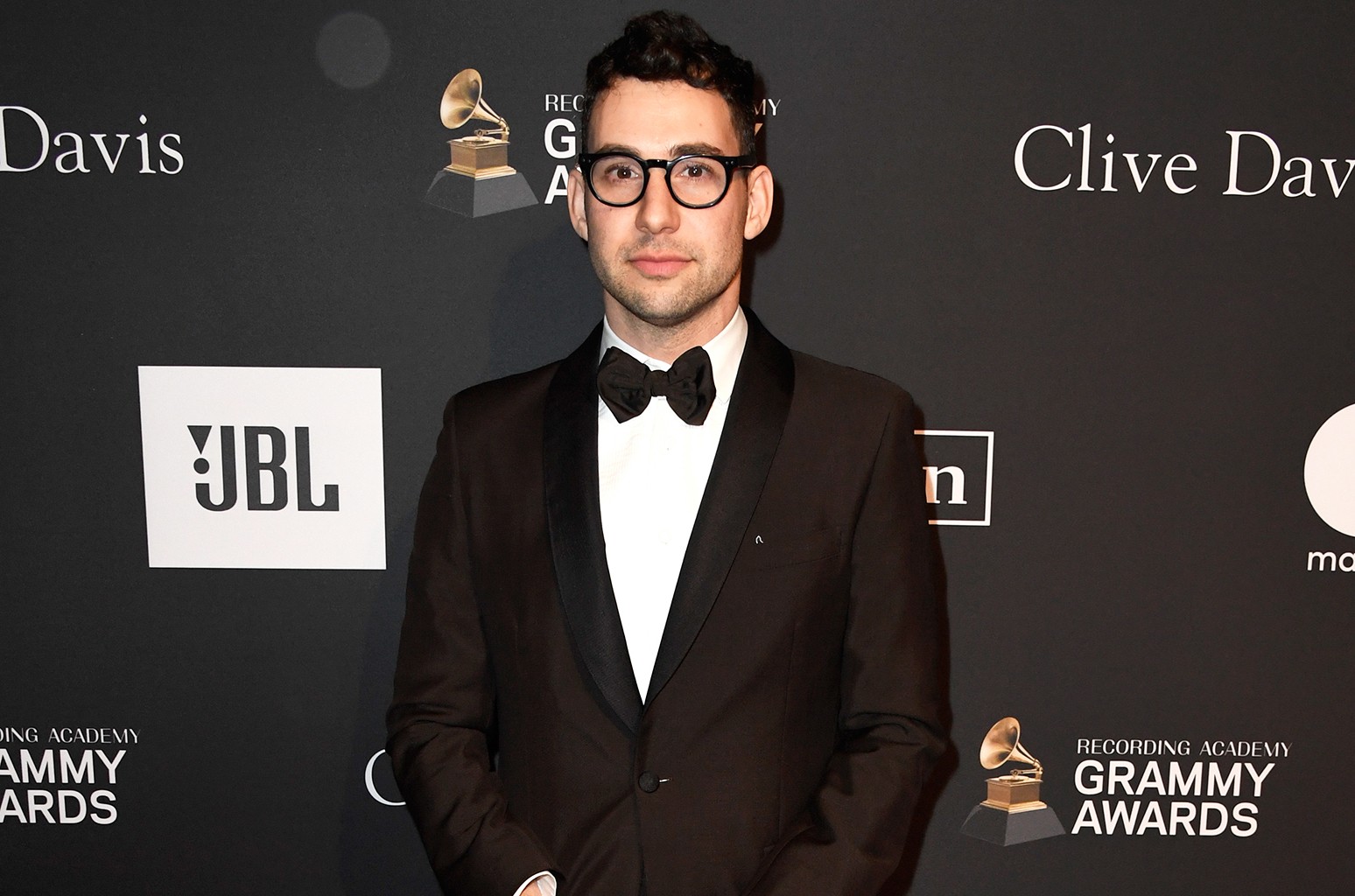 Everything Jack Antonoff has a hand in rings true to his New Jersey roots. In that sense, he reminds us of The Boss. But musically, too, Antonoff's projects ―e specially Bleachers ―betrays an earnestness and penchant for catchy songwriting that is indebted to Bruce. Antonoff's music is always catchy, always crisp, and always shimmering with the hometown joy of a Garden State son.
Aaron Lee Tasjan
14/31 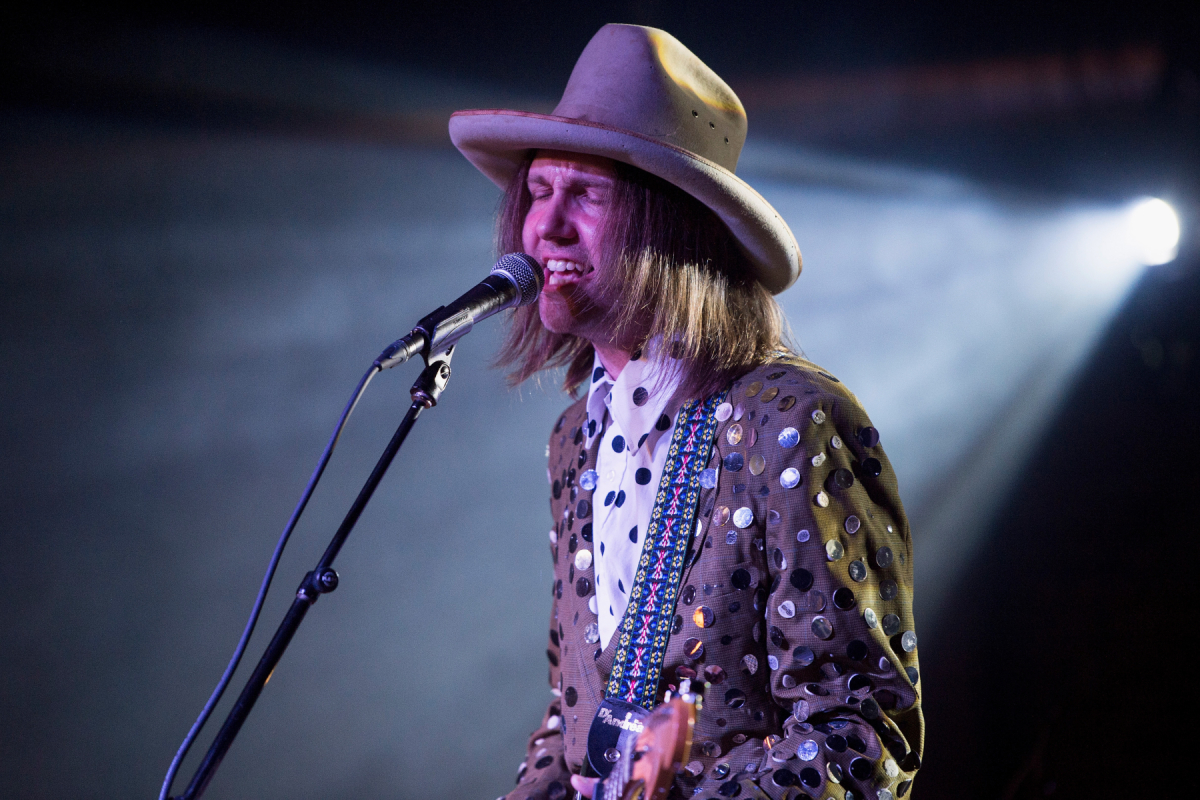 Born in Delaware, raised in the San Juan Capistrano Valley, and then a resident of New Albany, Ohio, outside of Columbus, Aaron Lee Tasjan has seen America's vast cultural differences. Now located in Nashville, the singer-songwriter blends indie-rock swagger with glam rock hooks and power-pop guitars. His outsized personality and witty, nuanced lyrics remind us of The Boss, who, like Tasjan, has the unique ability to put himself in anybody's shoes.
Nathaniel Rateliff
15/31 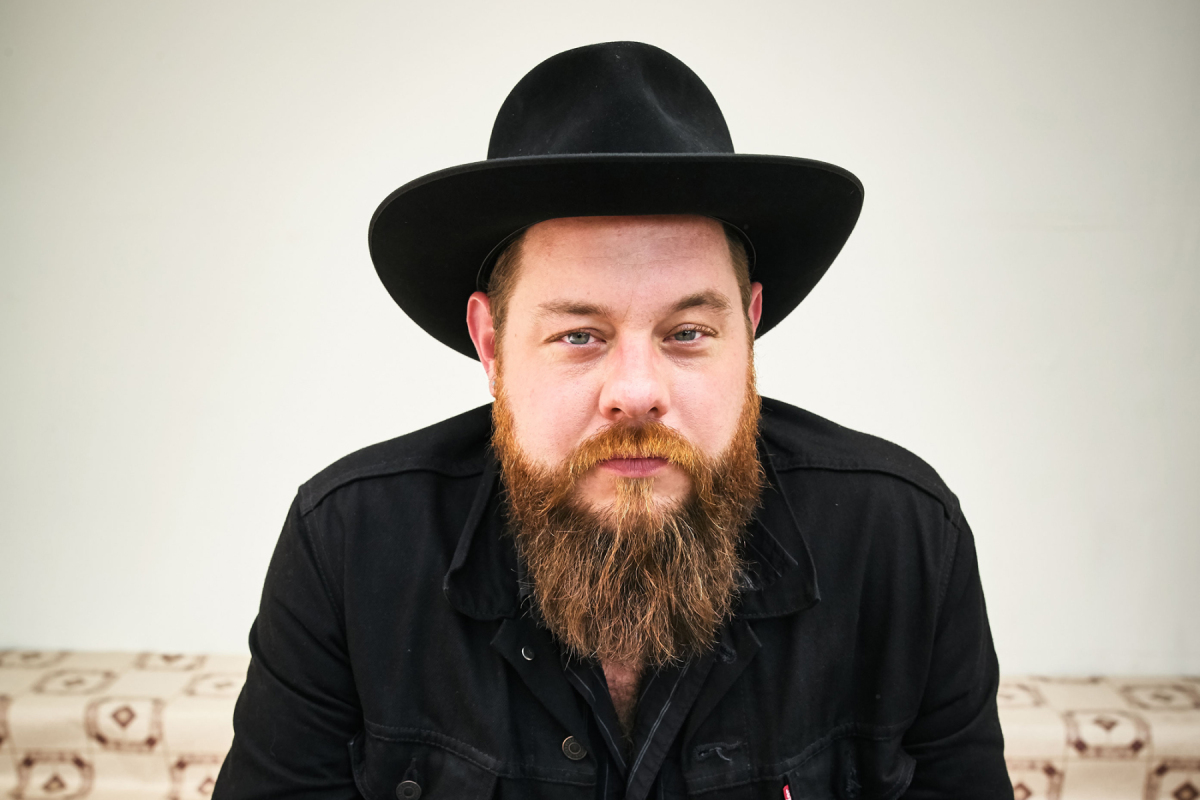 You probably know Nathaniel Rateliff from his group, The Nightsweats, and their hit song, "S.O.B.," which skyrocketed his band to fame. Born in St. Louis, Missouri, and a resident of Denver, Rateliff offers a Western approach to songwriting that differs from Springsteen in POV, but mirrors The Boss in his ability to turn personal struggles into a universal relatability. Whether he's bemoaning his own relationship with alcohol, imploring others to buy him a drink, or penning an ode to the common man, Nathaniel Rateliff's music blends the personal with the communal. 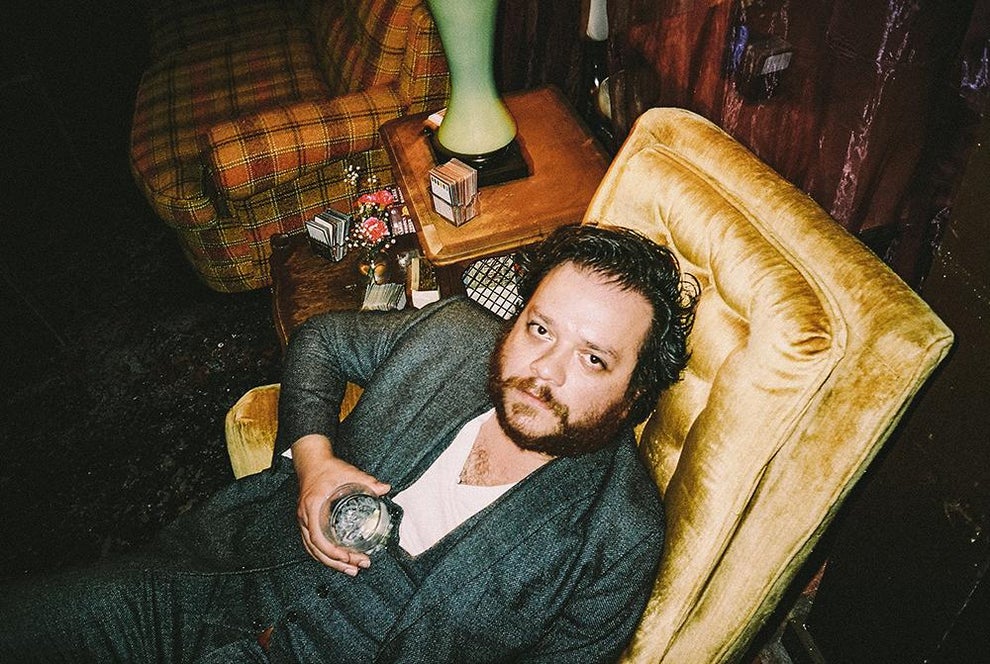 David Ramirez is a lovesick singer/songwriter from Houston, Texas now based in Austin. His newest album, My Love is a Hurricane, is intimate but open to a world beyond his own experiences. In that way, his songwriting reminds us of Springsteen, who always has a way of inviting us into his own world. Ramirez's ability to pen hooks rivals anyone currently making indie rock, and his passionate, outstanding voice carries to the rafters, not unlike Bruce's. 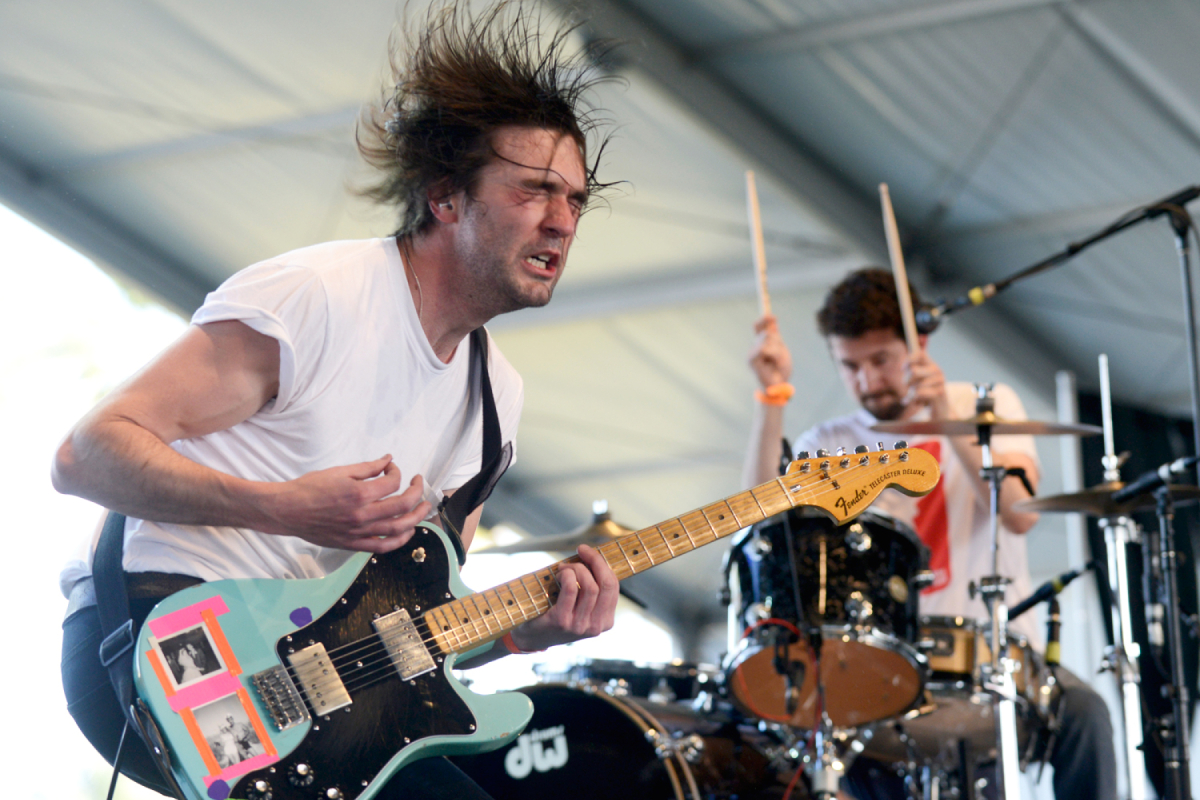 Sometimes, you just need to scream. In the case of Japandroids, that 'sometimes' is actually a lot of the time. The Canadian duo like to yell about the next round of shots at the bar or the location of the aftershow party. Though they're rowdier than Springsteen, their ability to pen iconic choruses out of thin air reminds us of Bruce's singular ability to capture a feeling in a single note. 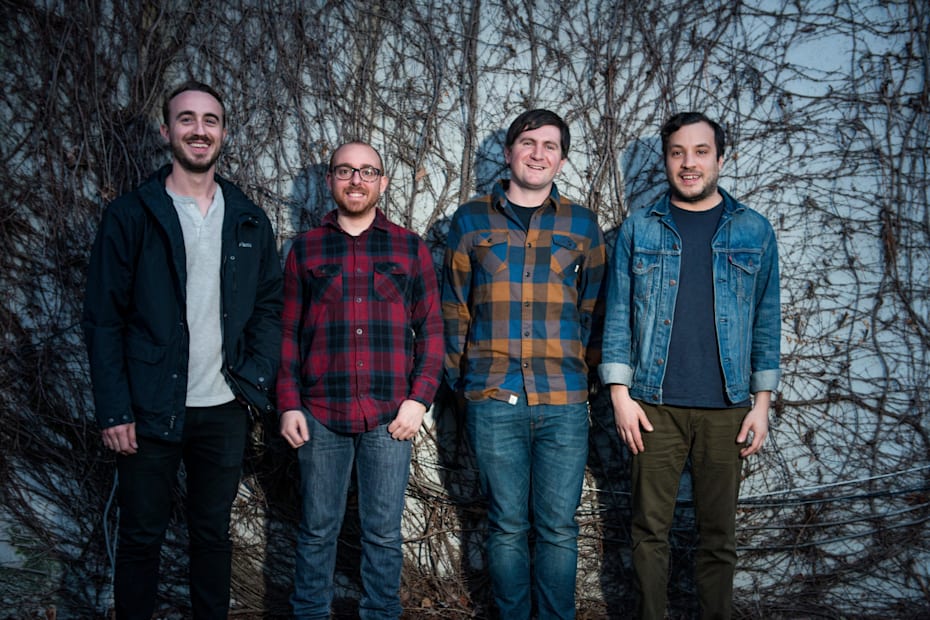 The Menzingers are ostensibly a punk band, but the group from Scranton, New Jersey, imbue their work with the unencumbered passion that reminds us of Springsteen. They've been a steady presence on the punk circuit for over a decade, and their newer music is a far cry from the ska roots the group was birthed from. The group has toured frequently with Jeff Rosenstock, offering fans some of the most energetic shows anyone will witness.

Rage Against the Machine
19/31 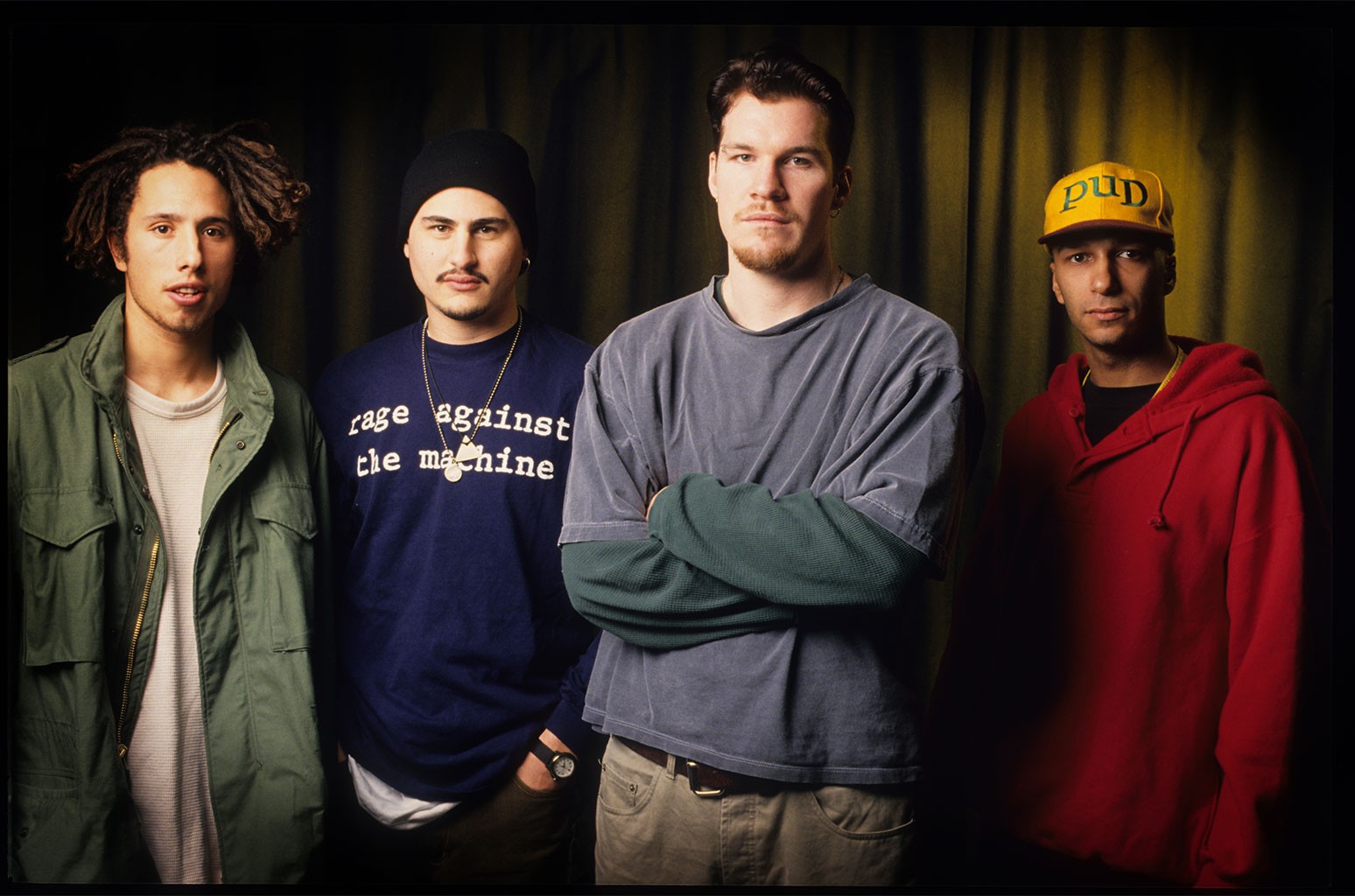 One listen to Rage Against the Machine and it's obvious that they're not quite mining the same territory as Bruce, but devotees of The Boss know how integral his work is to RATM, especially its lead guitarist, Tom Morello. Morello is a frequent guest of Springsteen's on-stage, and together, their version of "The Ghost of Tom Joad" has become a canon rendition in Springsteen's live repertoire. 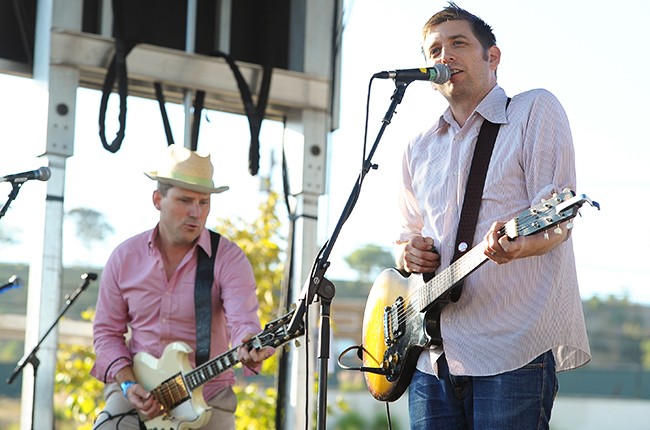