Many actors have a passion for playing music. Perhaps this comes from the same love and talent for performing that inspired their acting. You might be surprised to learn that many actors have also performed in bands, taking that passion to the stage and recording studio. Some formed groups pre-fame and never abandoned their music. Others undoubtedly use their silver screen success to push side careers in music — sometimes with, let’s say, questionable results.

Whatever the case, exploring bands that have included a notable actor in their line-up yields some wild and wonderful results. Here are 30 movie stars who’ve given professional music a shot. 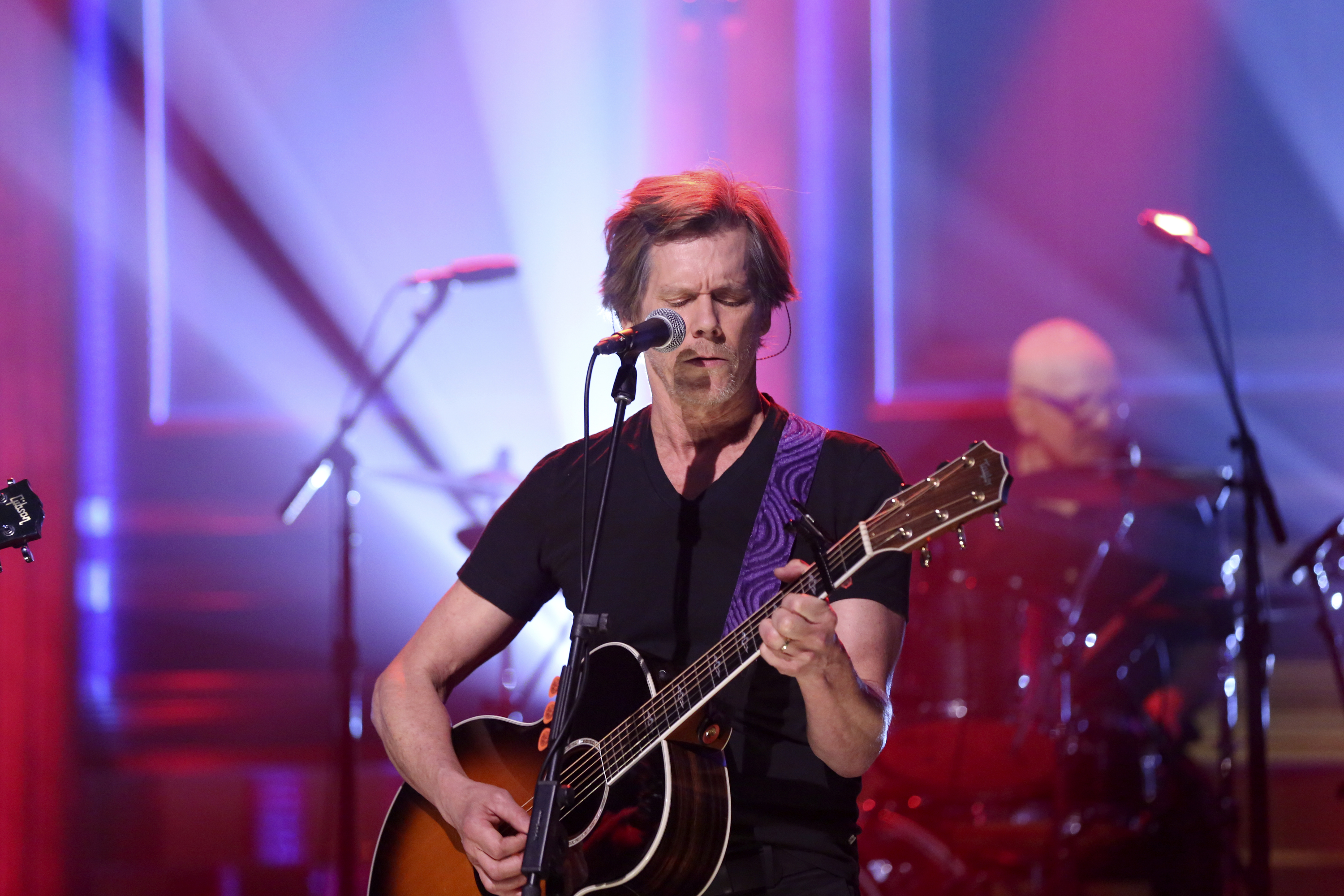 Michael Bacon is an Emmy-winning composer who earned his stripes as a songwriter in Nashville back in the 1970s. Kevin Bacon is Kevin Bacon. Together, they are The Bacon Brothers, performing a mix of country, folk, and soul music. With ten albums released over the course of 23 years — the most recent released in 2020 — it’s clear the siblings don’t see the band as simply a sideline gig. 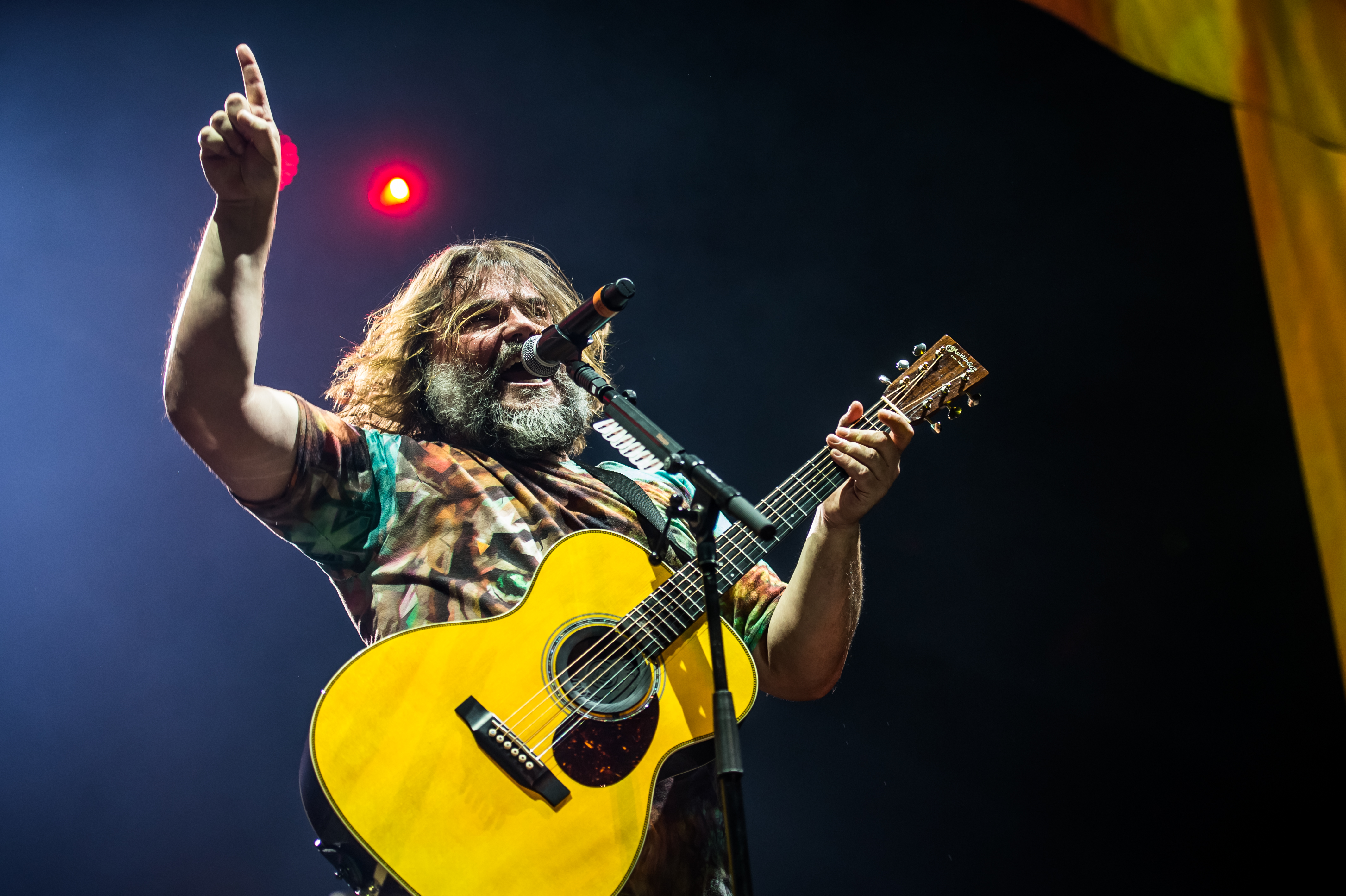 Jack Black might have the most successful musical side project ever. As one-half of hard rock comedy duo Tenacious D, Black and his hombre Kyle Gass have enjoyed a few hit songs, such as "Tribute" and "Wonderboy". Yet the pair’s attempt to parlay their success into a movie saw Tenacious D in The Pick of Destiny flop hard in 2006. Thankfully for Black, the flick has since developed a cult following. 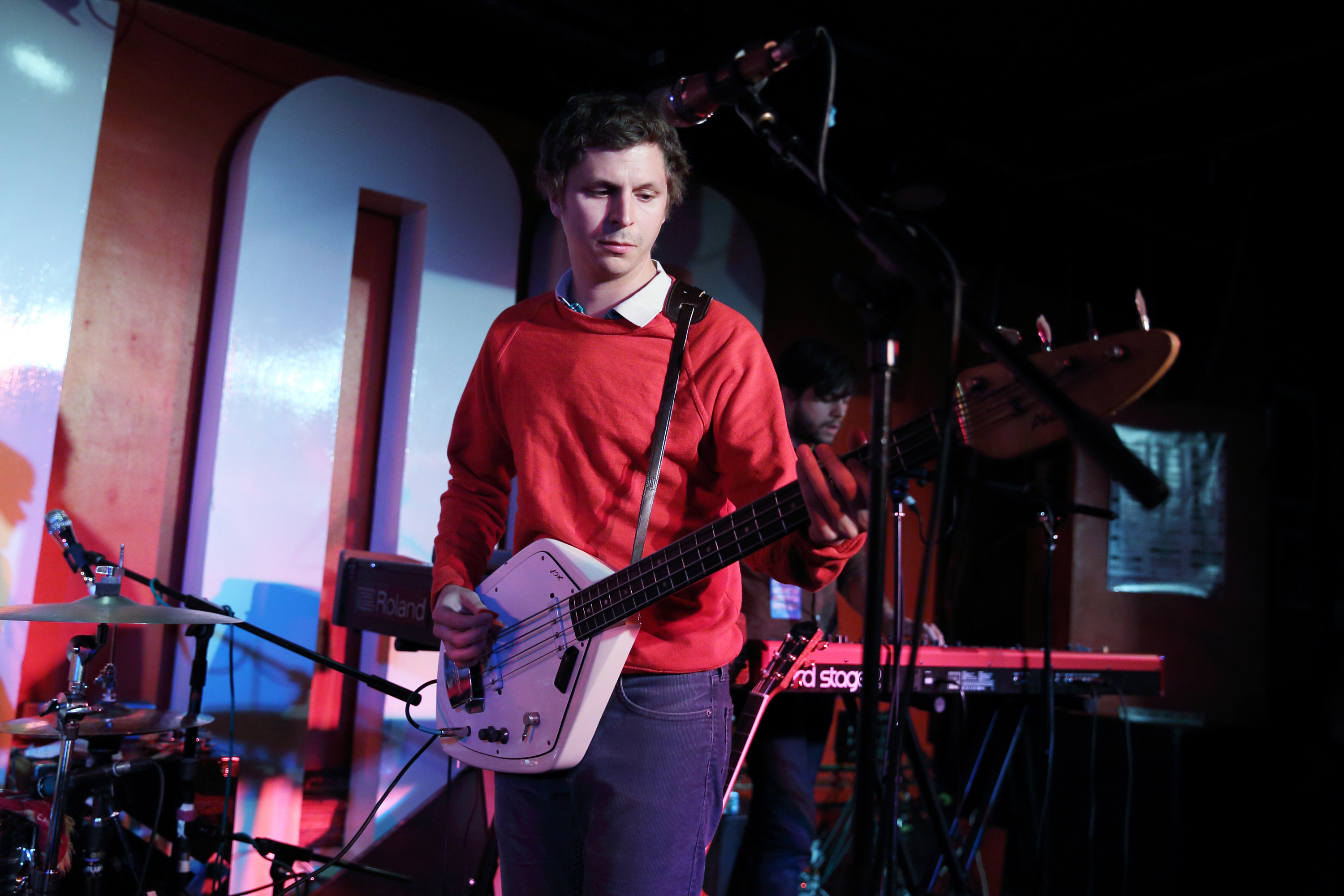 In addition to playing bass in the fictional band Sex Bob-omb in Scott Pilgrim vs. the World, Michael Cera had a real-life musical outlet in the form of the band The Long Goodbye. With a line-up that includes Cera’s Clark and Michael co-star Clark Duke, the band released some rough and ready tunes to MySpace back in the 2000s. The Long Goodbye appears to be long-dormant, but Cera’s love of music hasn’t dissolved. In June 2020, he played a show with Alden Penner of The Unicorns at The 100 Club. 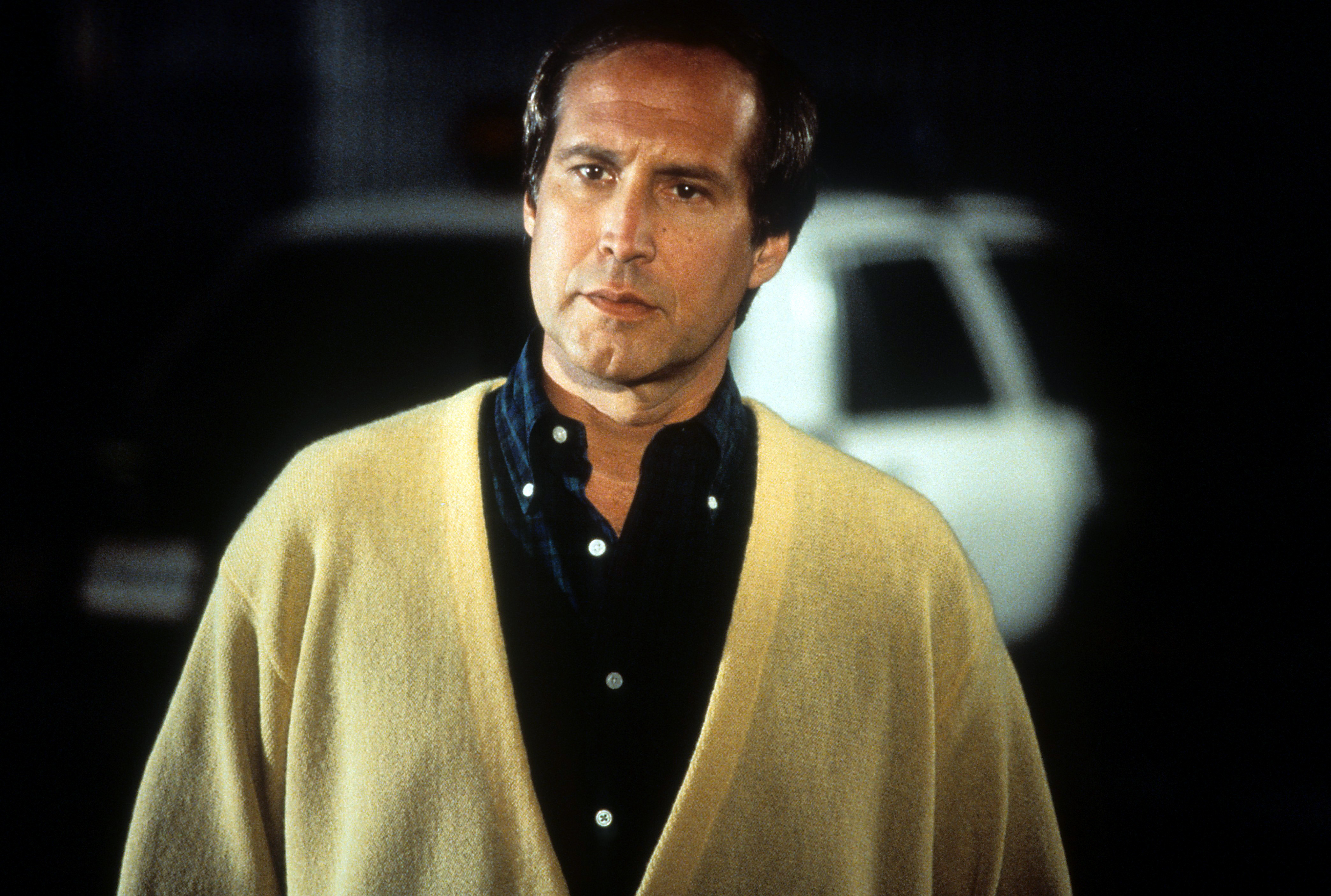 Chevy Chase’s passion for music goes way back. Before finding fame as an actor, Chase played drums in college band The Leather Canary. The group’s line-up included none other than Walter Becker and Donald Fagen, who would go on to found the great Steely Dan. Chase later played drums and keyboards in Chamaeleon Church. The band recorded one album for MGM Records before calling it a day in 1969. 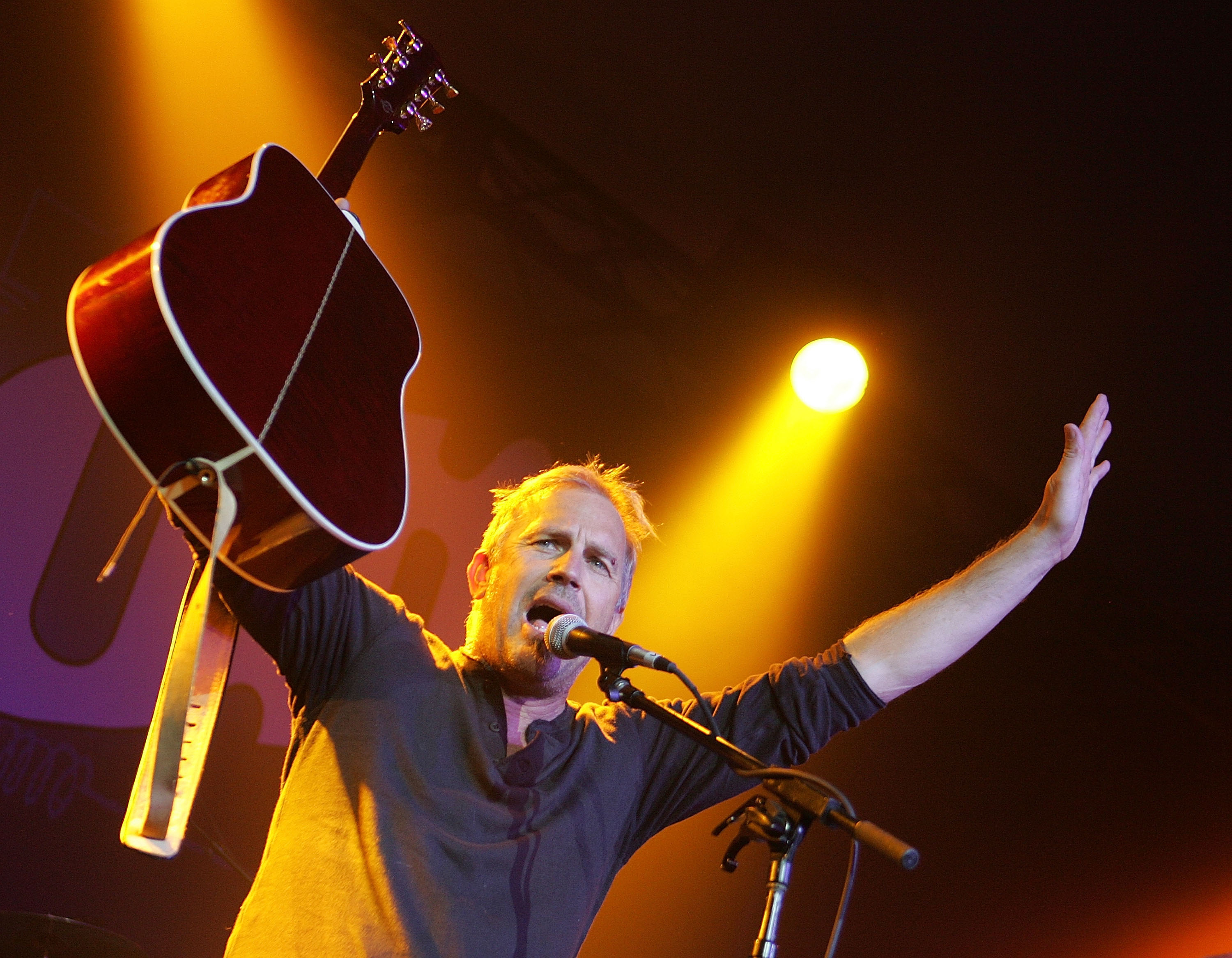 Kevin Costner began his musical journey relatively late in his career. With movies such as The Untouchables, Dances With Wolves, and Tin Cup on his resume, the actor had been a Hollywood star for decades before founding Kevin Costner & Modern West in 2008. The country rock outfit wasted no time, releasing four albums in quick succession, the last of which was the accompanying soundtrack to the 2012 Costner-starring mini-series Hatfields & McCoys. 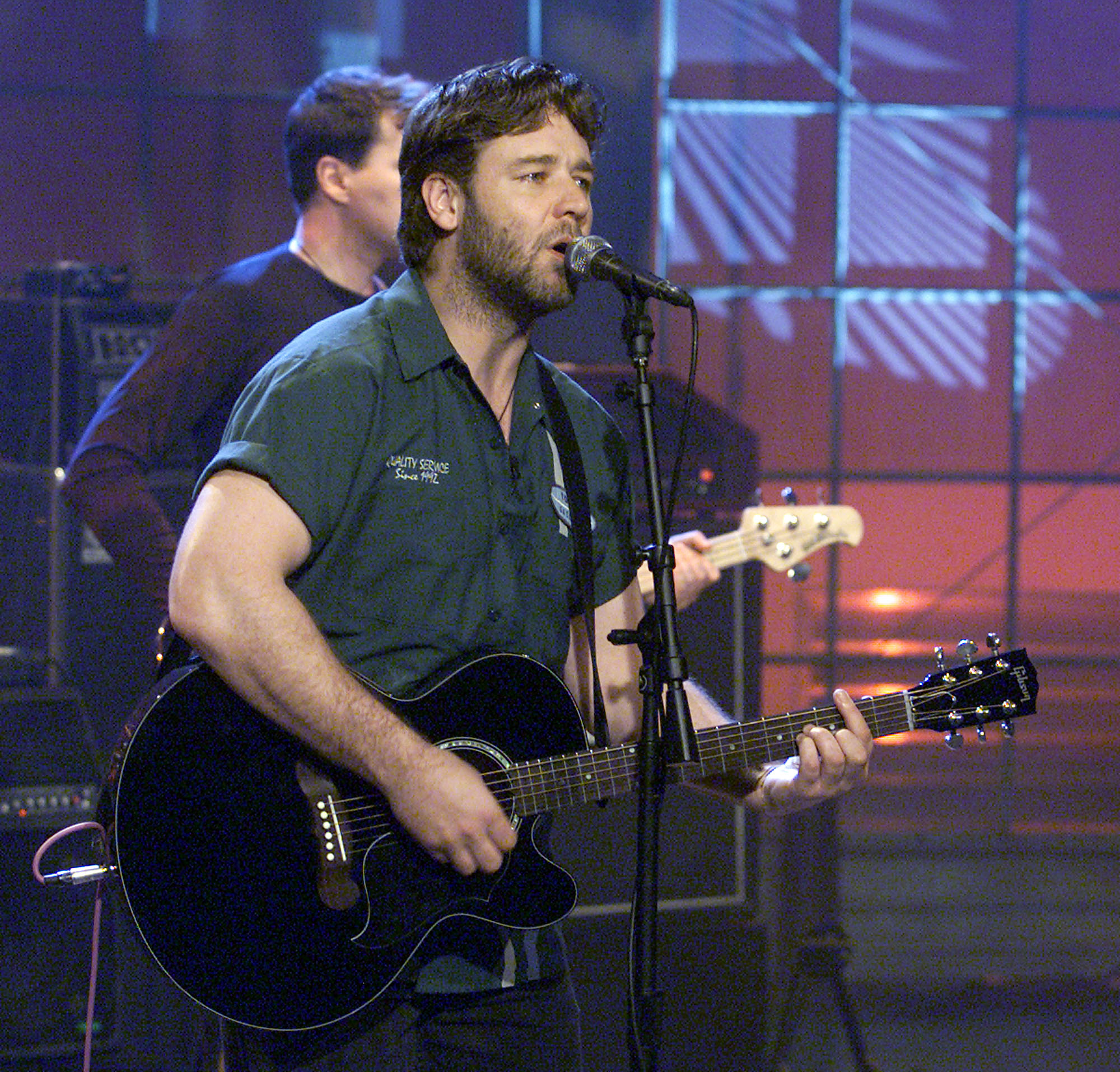 Russell Crowe’s singing voice might have been lambasted by critics who saw the 2012 screen version of Les Misérables, but he was dabbling in music long before he became a Hollywood A-lister. Perhaps most notable was his stint as lead vocalist and guitarist in 30 Odd Foot Of Grunts. The band performed country, blues, and rock tunes, many of which were penned by Russell himself, as well as a cover of Johnny Cash’s “Folsom Prison Blues.” 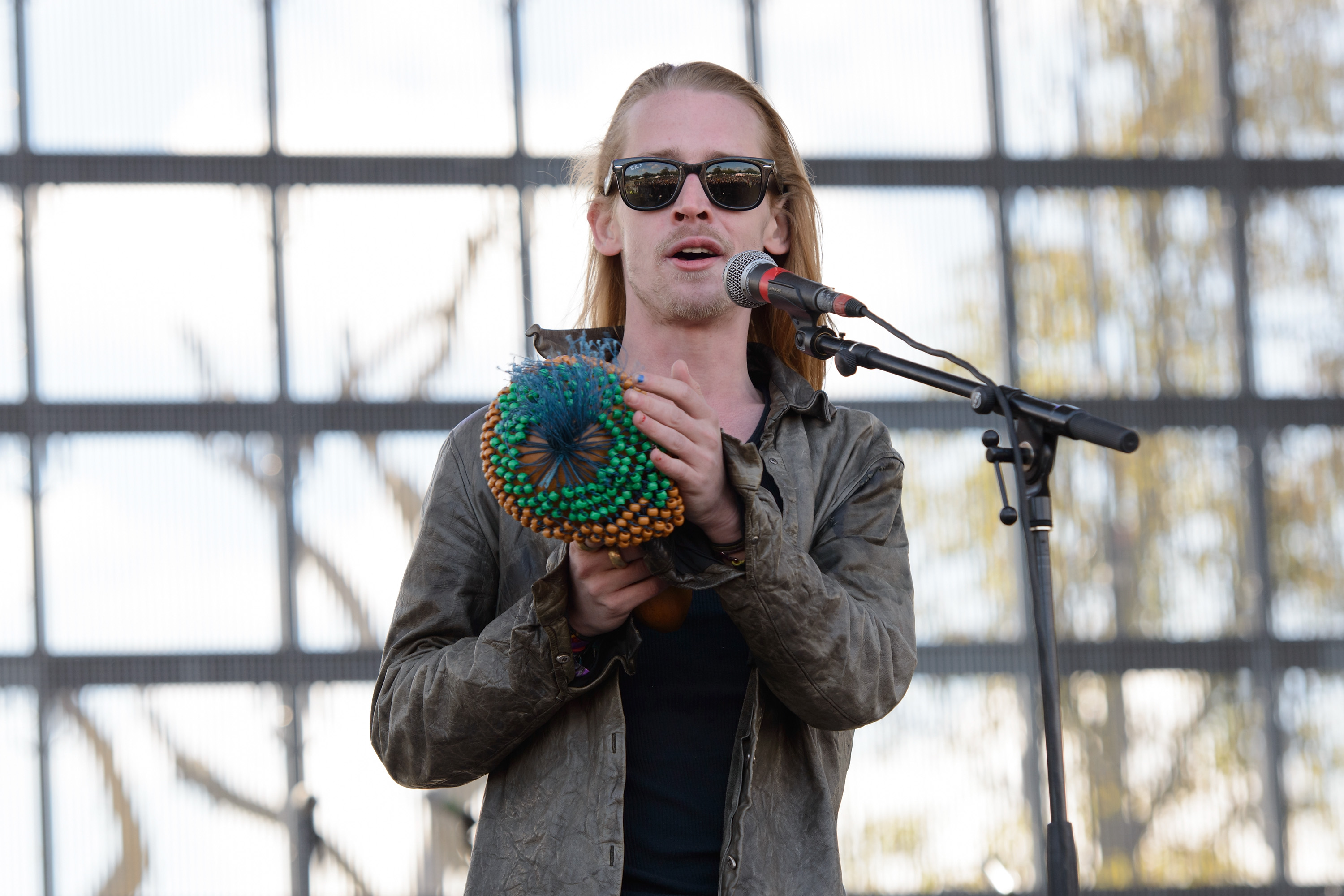 Macaulay Culkin has indulged in some strange projects since growing out of being a child star, perhaps none more so than The Pizza Underground. The Home Alone actor spent a few years in the mid-2010s with the band, primarily performing pizza-themed versions of Velvet Underground songs. Sample titles: “Pizza Gal,” a flip on “Femme Fatale,” and “Take a Bite of the Wild Slice,” a reimagining of Lou Reed’s “Walk on the Wild Side”. 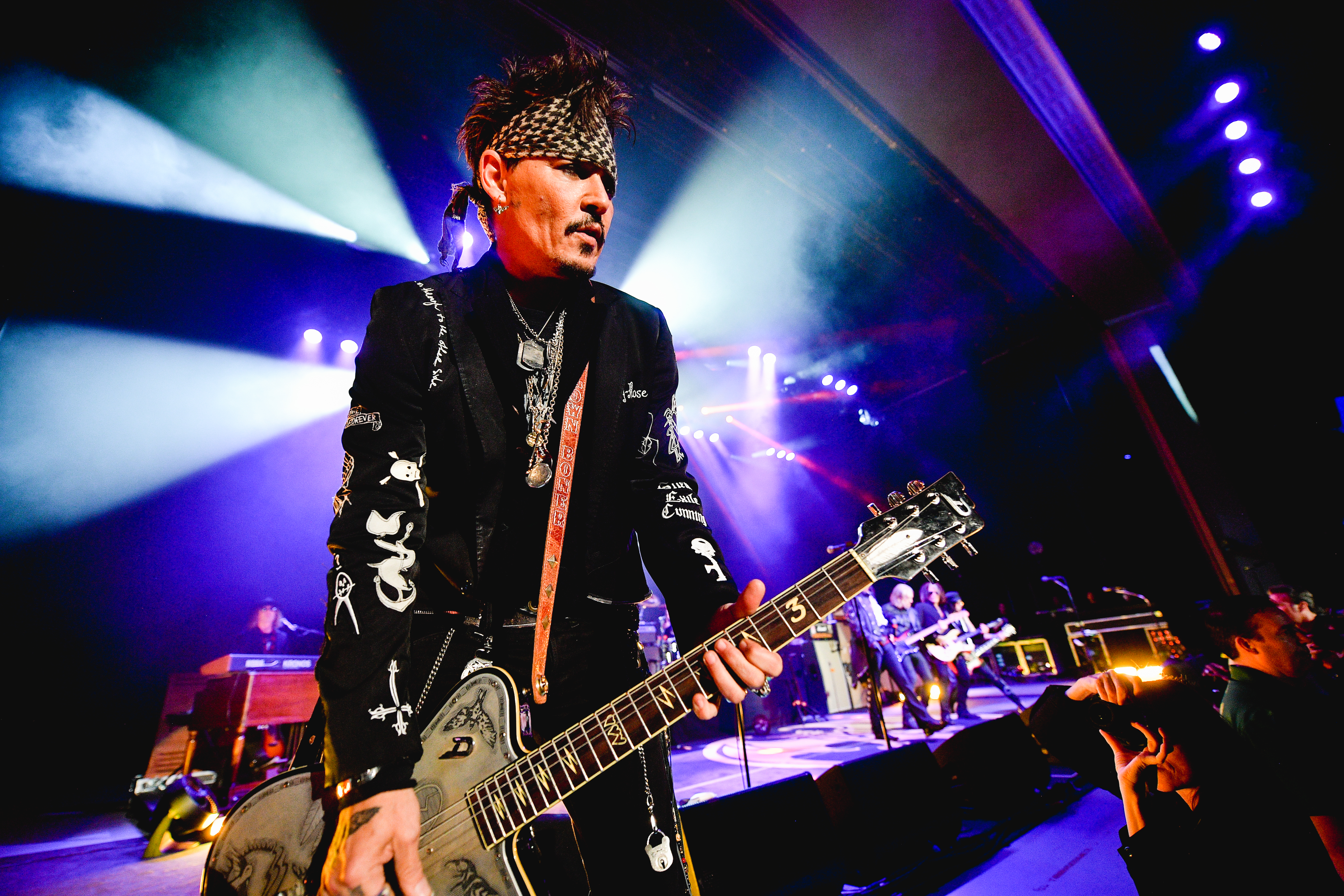 Johnny Depp has made great strides to embed himself in the rock world. As far back as 1997, the Ed Wood star was playing slide guitar on Oasis’s tune “Fade In-Out.” But the biggest gesture away from acting and into a music career came in 2015 when Depp helped form the supergroup Hollywood Vampires with Joe Perry, Tommy Henriksen, and Alice Cooper. The band has released two albums that have included guest appearances by Paul McCartney and Dave Grohl, among others. 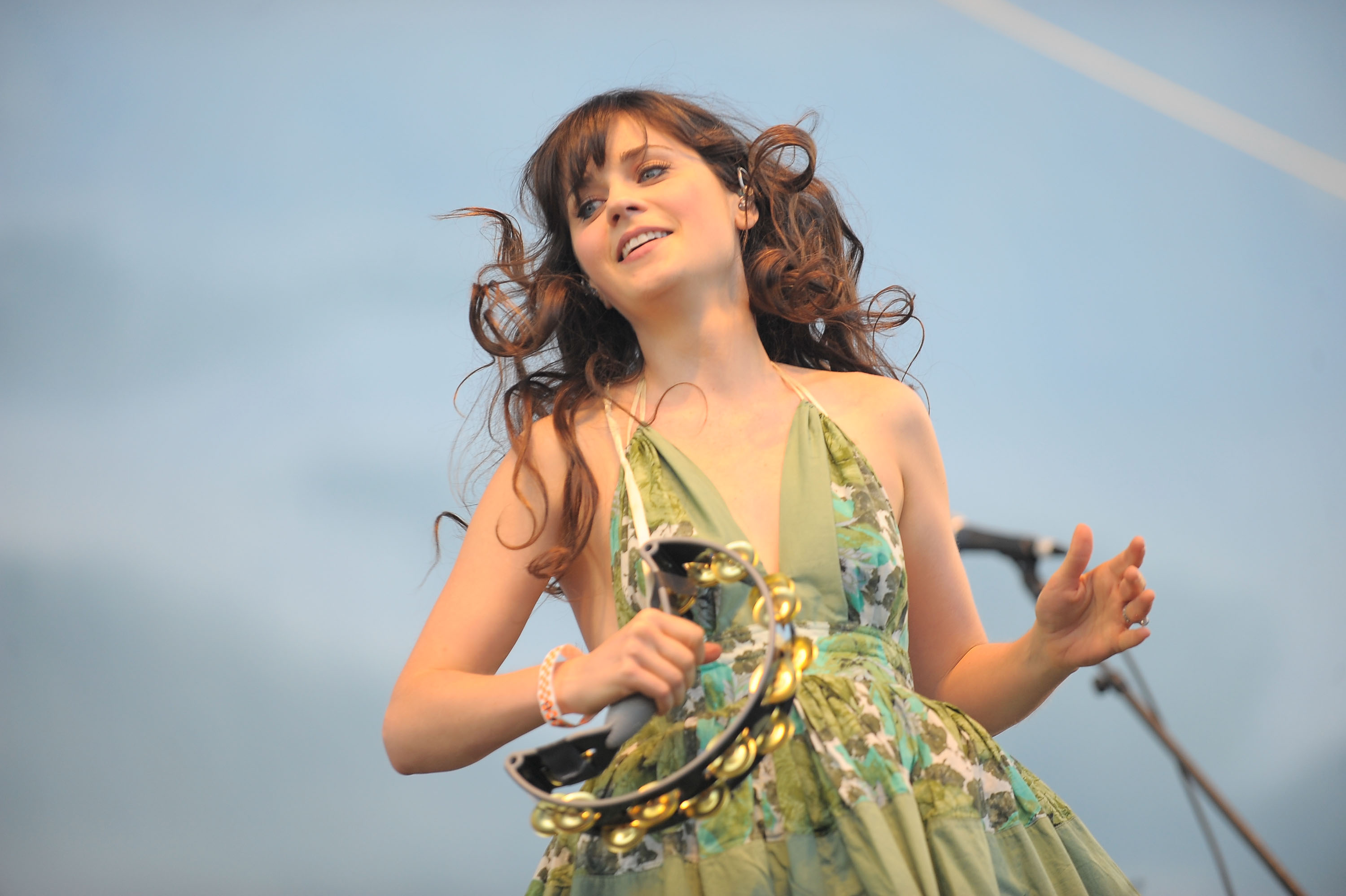 Zooey Deschanel sings in movies all the time, so it’s no surprise that she has forged an impressive career in music. Most notably, Deschanel is one-half of She & Him alongside indie folk heavyweight M. Ward. The pair have released an impressive six albums since 2008, including a set of Christmas song covers. 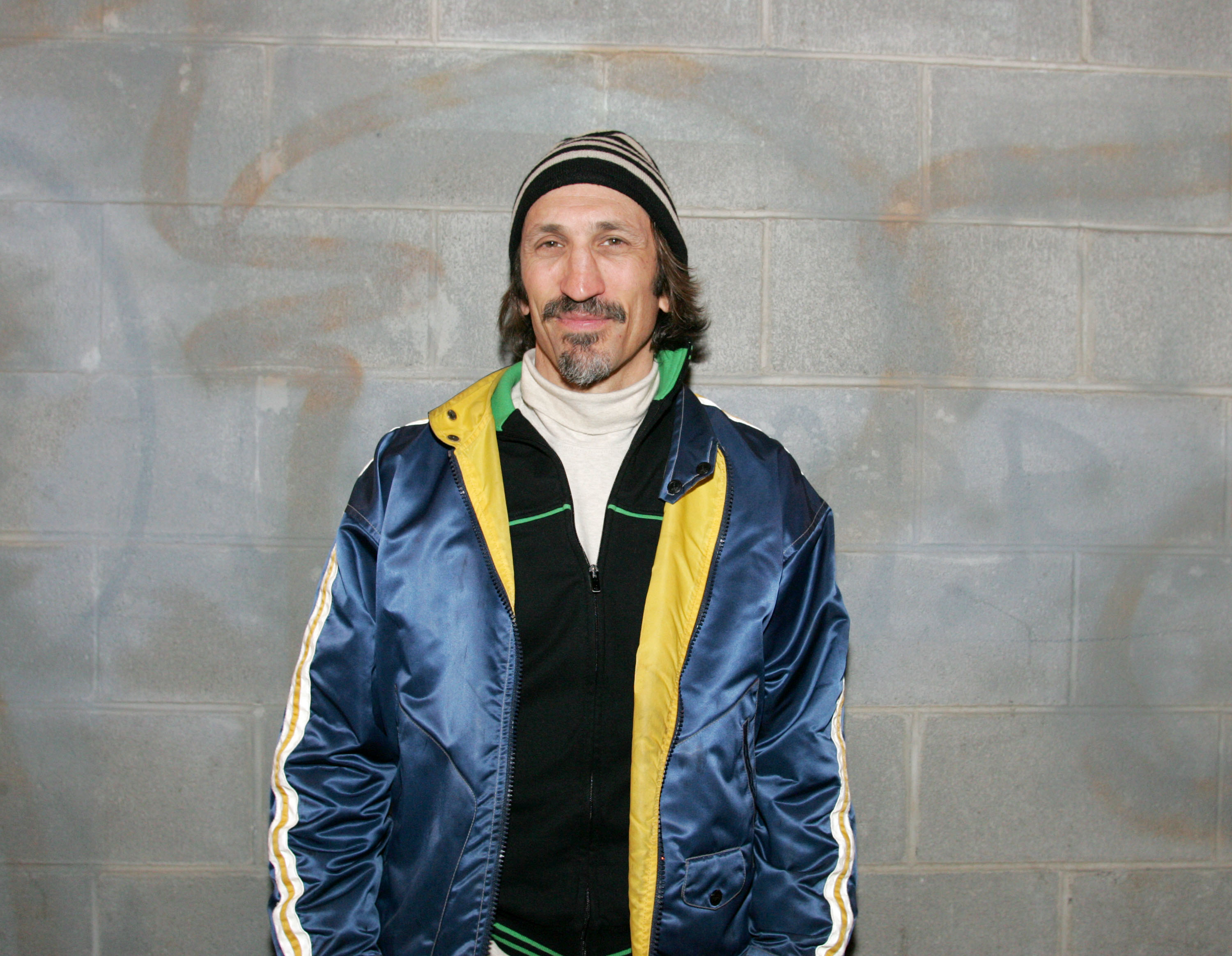 Richard Edson’s musical excursions include being a founding member of the San Francisco art rock band The Alterboys and drumming in the group Konk. But by far his most famous stint was as a drummer in Sonic Youth. Joining the band shortly after their formation, he was a member between 1981 and 1982 and played on their self-titled debut album. Edson has since etched out a respectable career as a character actor, appearing in such flicks as Ferris Bueller’s Day Off and Do The Right Thing. 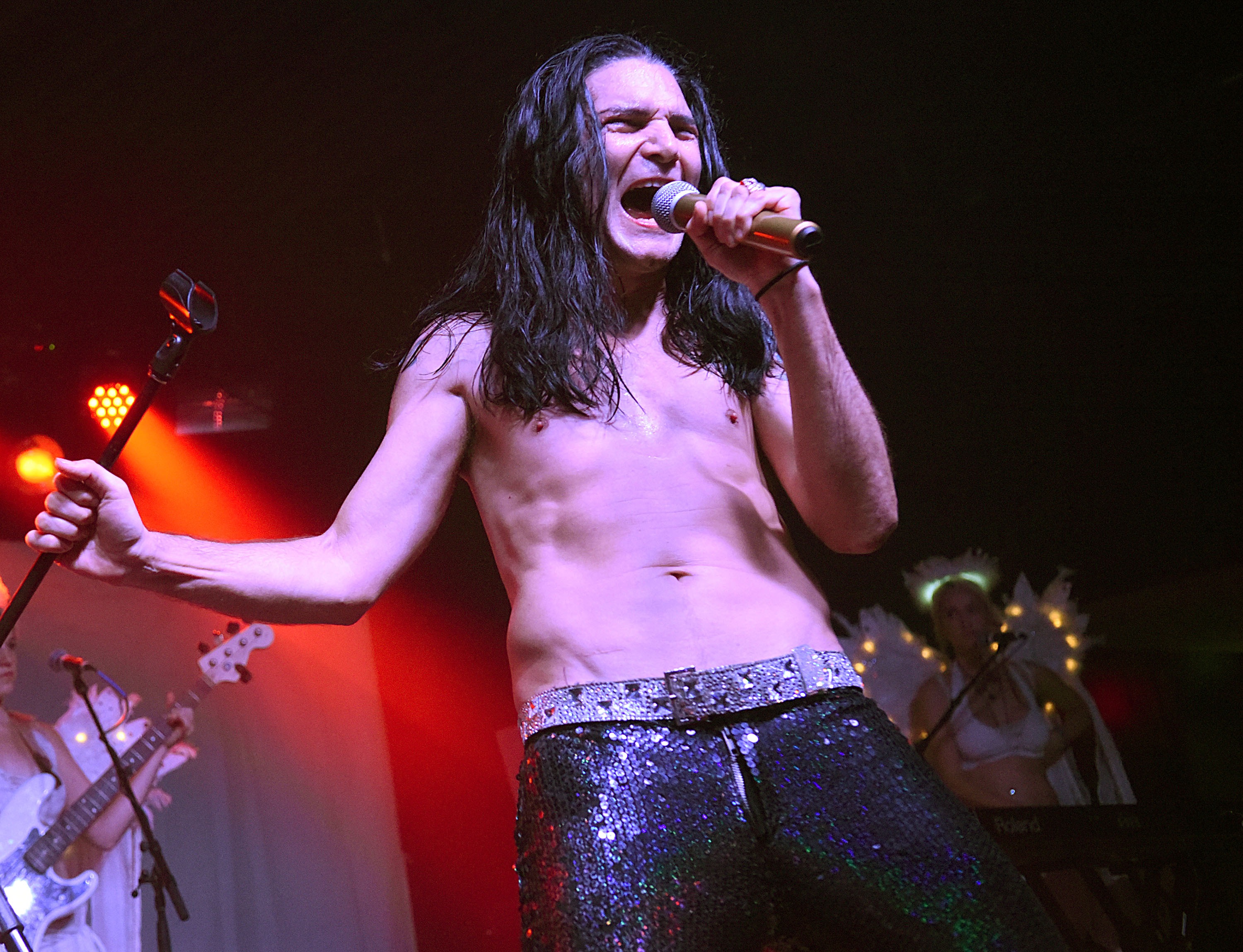 Corey Feldman has enjoyed, let’s say, an up-and-down musical career. He released his first single in 1989, then recorded a couple of albums with the band Truth Movement. His solo projects include the 2002 album Former Child Actor, which featured a hard rock version of “Jingle Bell Rock” and a vibey cover of John Lennon’s “Imagine.” Always one to capture the imagination, a 2016 performance on The Today Show saw a hooded Feldman dressed in solid black, surrounded by a band of women dressed as angels. 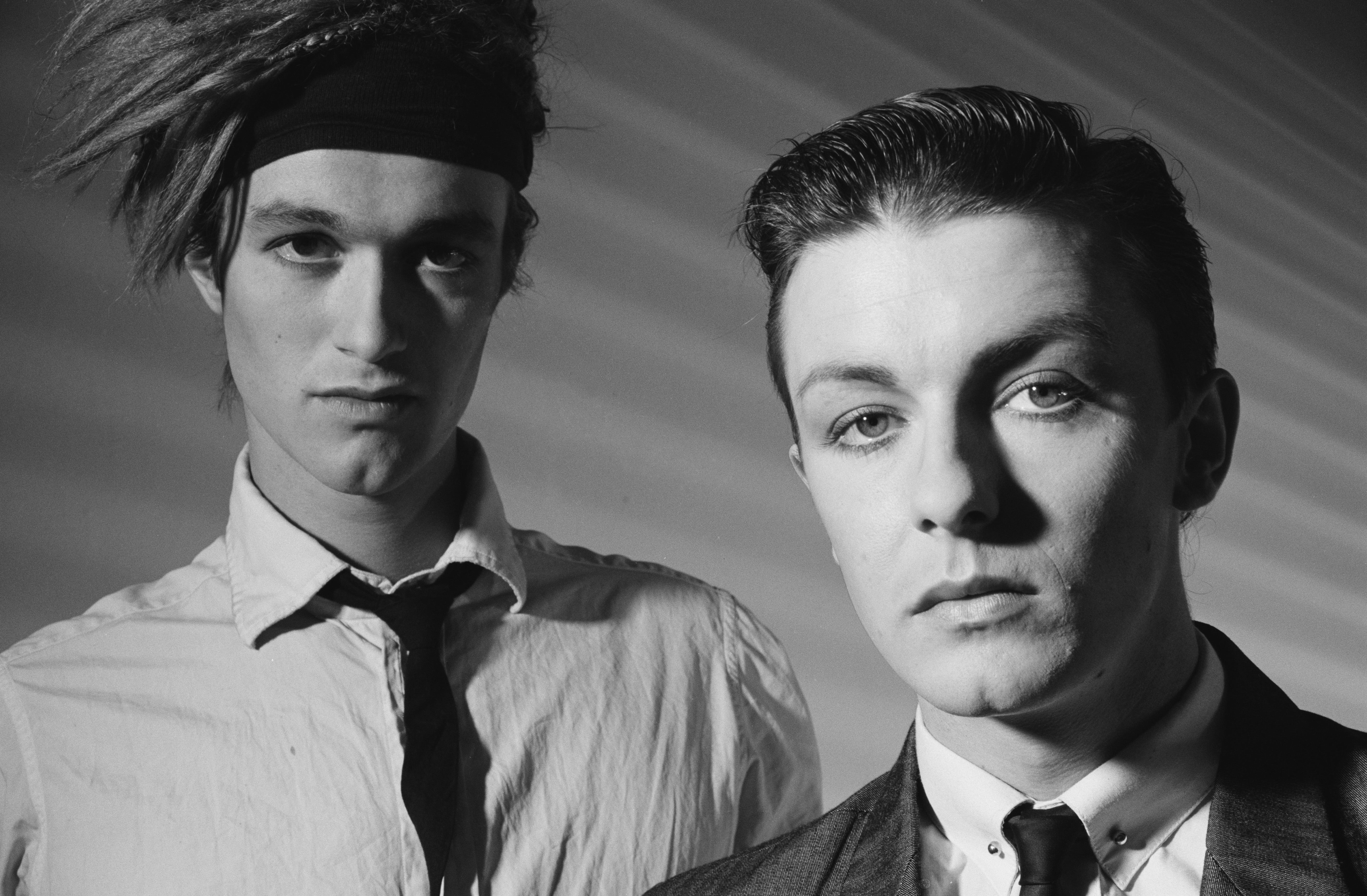 A love of music — and gross overestimation of his own musical abilities — is a big part of Ricky Gervais’s most famous character, David Brent from The Office. But did you know that years before writing the show, Ricky and friend Bill Macrae formed the British New Wave group Seona Dancing? Operating between 1982 and 1984, the group released two singles — one of them, “More to Lose,” was a big hit in the Philippines — before calling it a day. 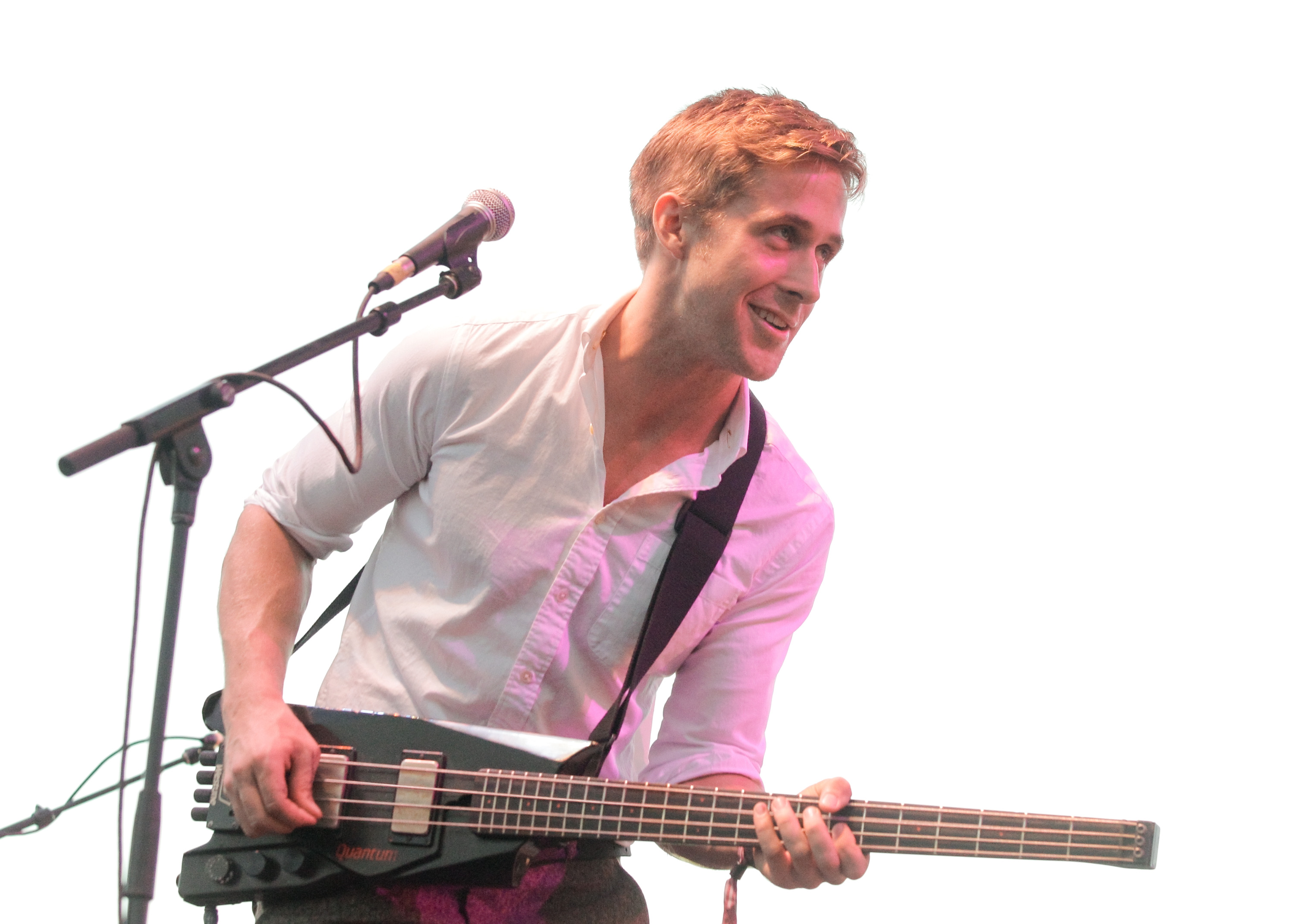 When Ryan Gosling and his friend Zach Shields discovered their mutual appreciation for the macabre, they formed the band Dead Man’s Bones to make ghostly music. In 2009 the duo dropped a self-titled album featuring the Silverlake Conservatory Children's Choir. Ryan and Zach played all the instruments on the record, even the ones they had never previously played before. And because you can’t keep a good man boxed in, Gosling sometimes performs under the alias Baby Goose. 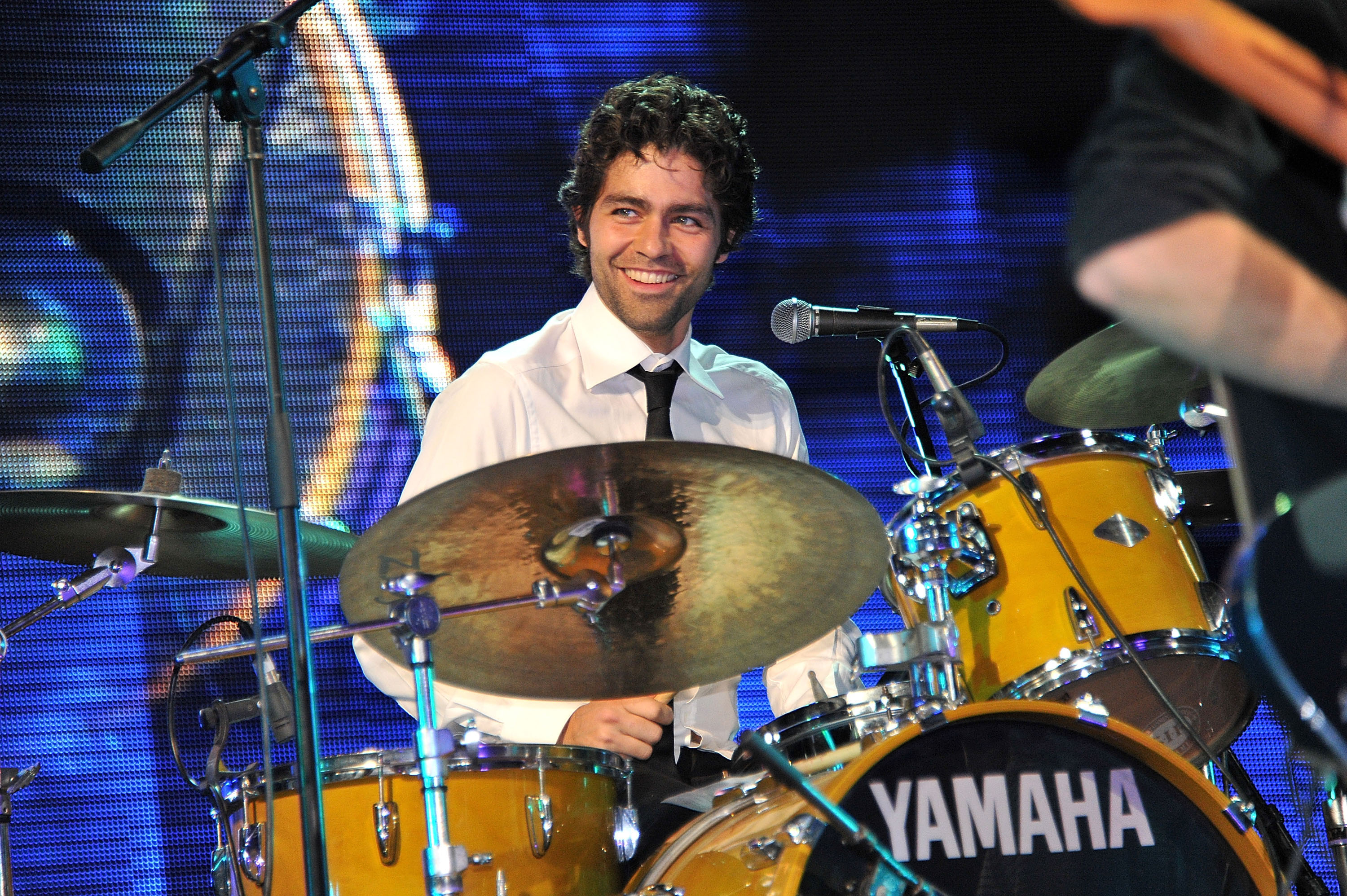 When not playing one of the most famous fake A-list actors in Hollywood — that would be Vincent Chase in Entourage —Adrian Grenier has been a member of two New York bands. In 2002, he joined The Honey Brothers, a new-wave cut with folk act, as a drummer. Incredibly, Grenier’s bandmates included a musician who shares a name with Jeremy Piven's character on Entourage, Ari Gold. Additionally, Grenier has performed in a second band, Kid Friendly. 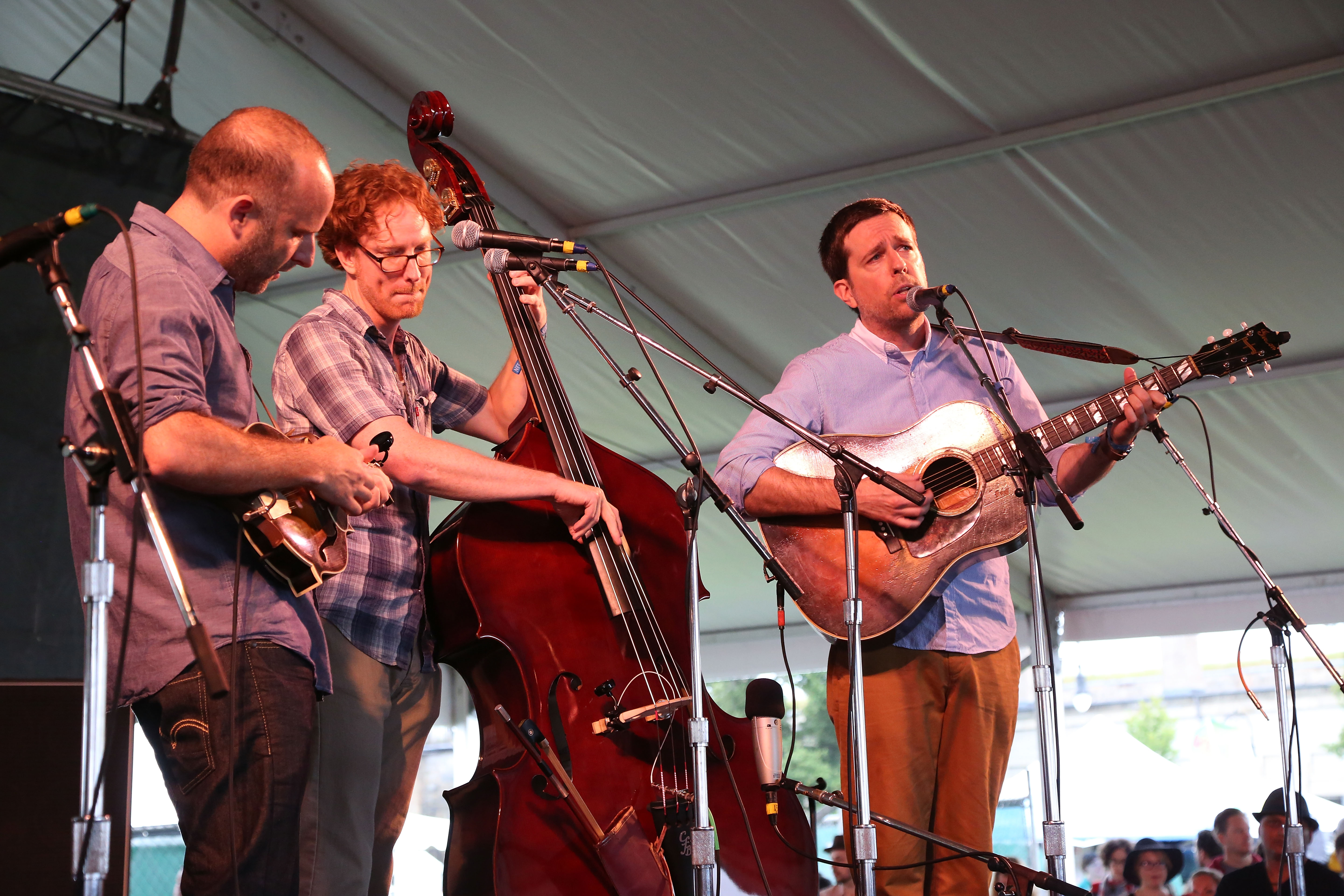 Anyone who knows Ed Helms from his acting work has probably heard his distinctive singing voice — producers of The Hangover even tried to submit the funny little ditty he sang in the film about sleeping tigers and Mike Tyson to the Oscars. In real life, much of Ed’s musical vision has been funneled into The Lonesome Trio, a bluegrass band that sees him perform alongside Ian Riggs and Jacob Tilove.
Zoe Kravitz
16/30 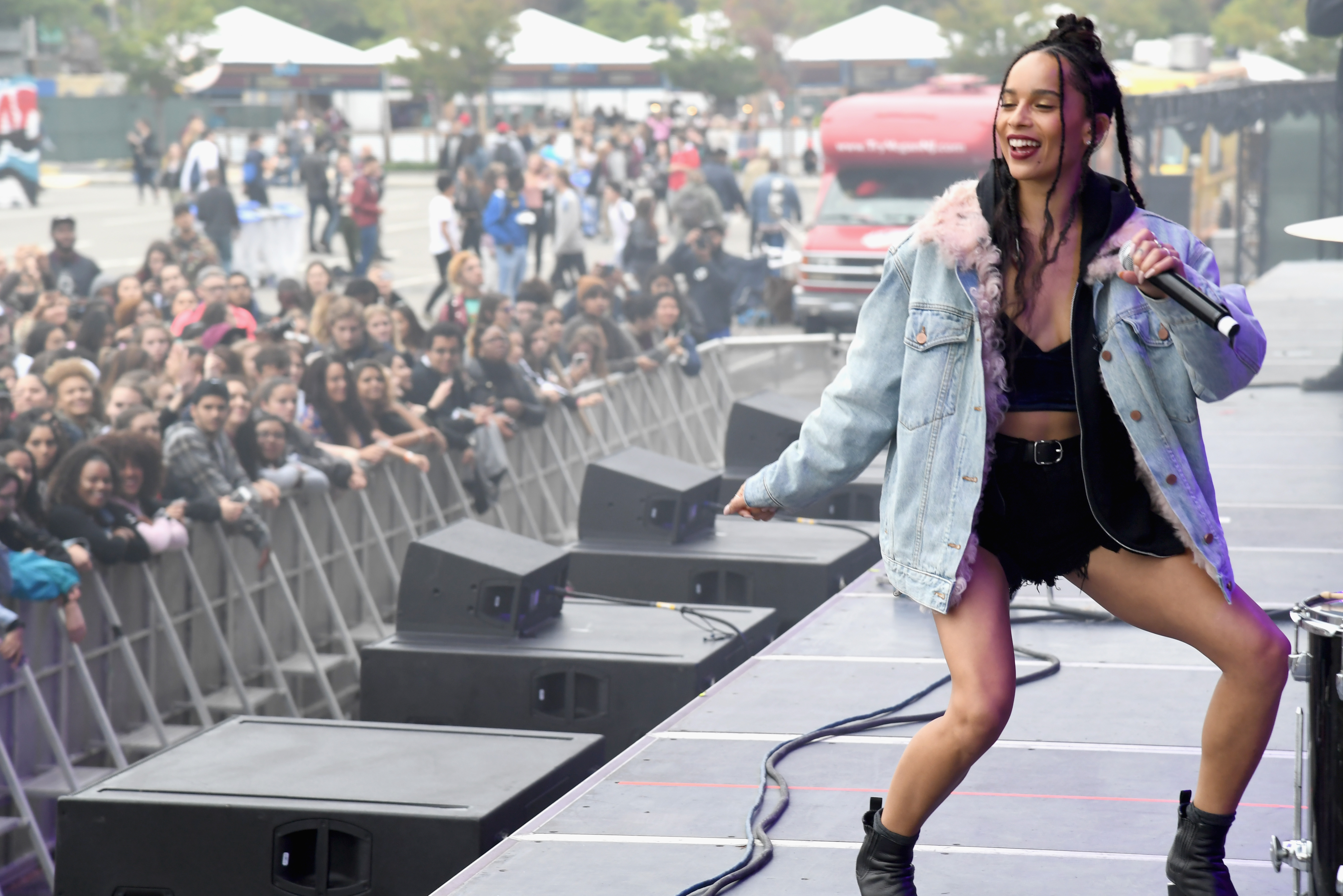