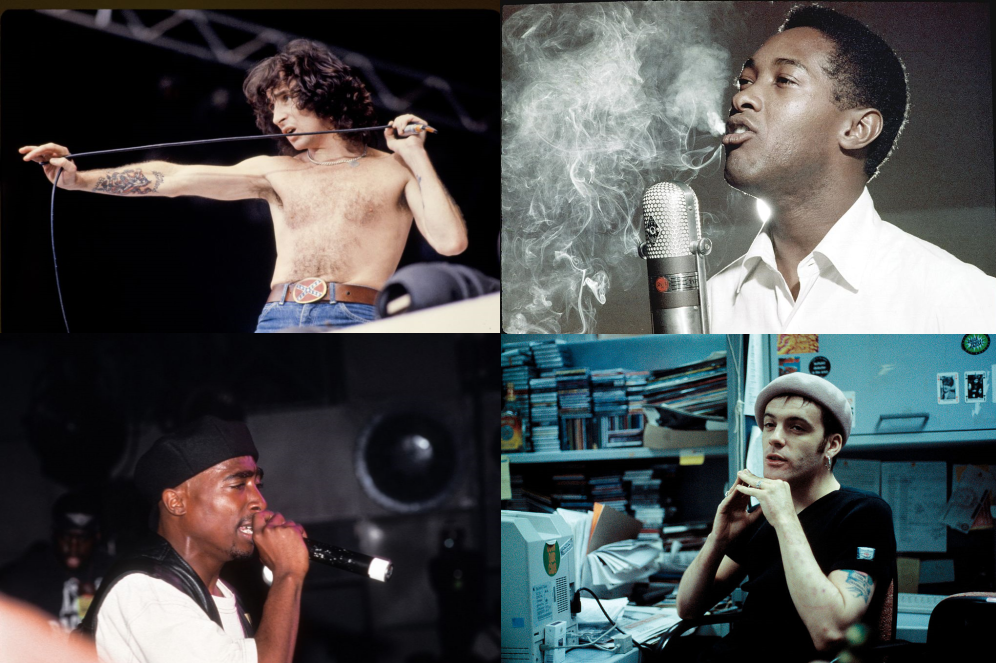 The rock star life is one of fame, glamor, and hard parties, but darker stories often lurk behind the glitz. Whether it's suicide with all the markings of a murder, suspicious assaults, or drive-by shootings, these musicians' deaths remain unsolved. [If you are experiencing thoughts of suicide, help is available. Please call the National Suicide Prevention Lifeline at 800-273-8255.]
Music's 13 Most Mysterious Unsolved Deaths
2/38 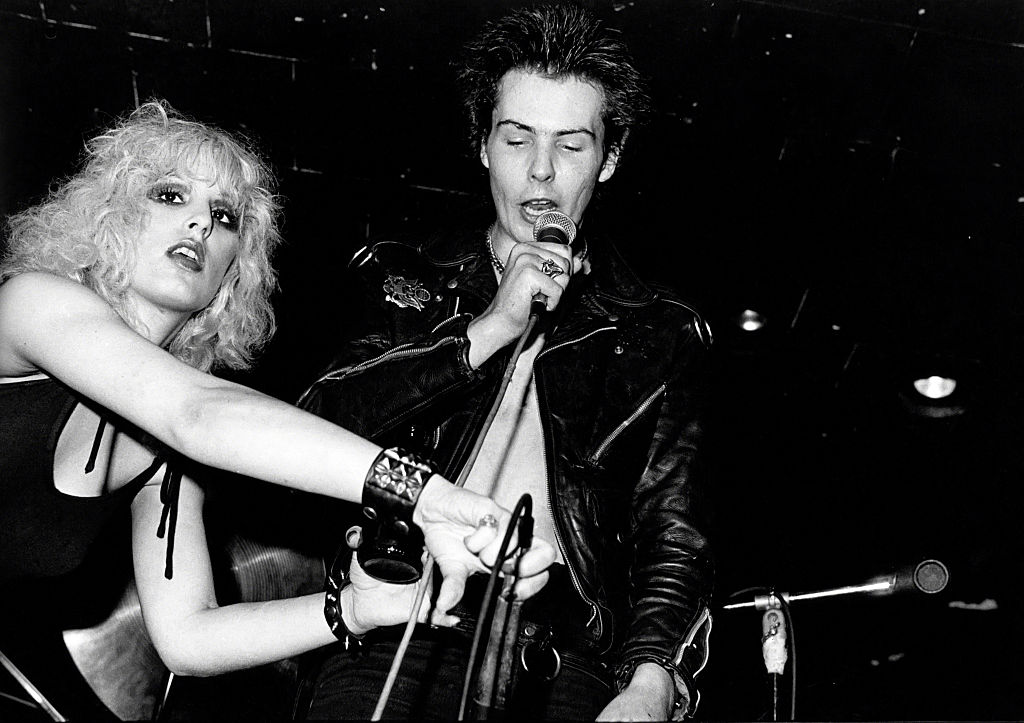 The two had been an item since Vicious joined the Pistols in early 1977. He was the only one who willingly put up with her attitude, and she helped him feel less alone in a band where he wasn’t always wanted.

Spungen was born in Philadelphia in the late 1950s and became the quintessential punk groupie in 1970s New York and London, which was a double-edged sword. Some said Spungeon was everything “wrong” with punk, being too abrasive and rebellious. But she was also likely a valuable source of drugs for the bands she followed, so they put up with her. 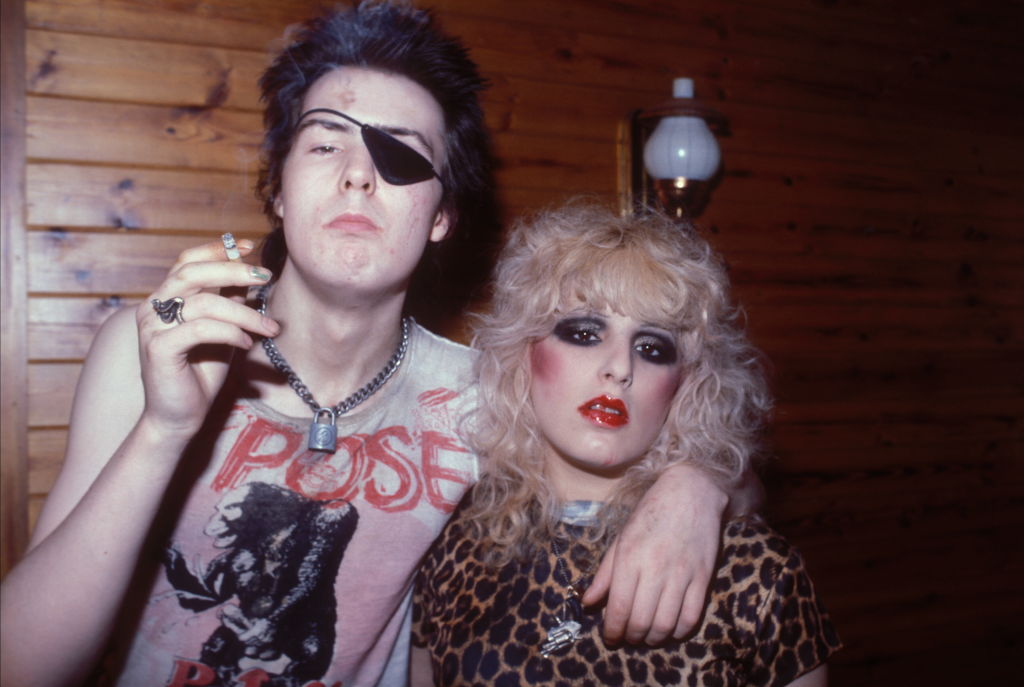 In 1977, Vicious replaced Glen Matlock in the Sex Pistols only because he had friends in the band. It wasn’t good for them (since they quickly found he had little musical talent) and it wasn’t good for him. The other band members kept their distance from him, often calling him “a mess” and leaving him to deal with his drug issues alone.

Conversely, he and Spungen reportedly got along very well, helped along by her keeping him supplied with drugs. They remained together after the Pistols banned Spungen from their 1978 tour and after the band broke up.

On October 11 of that year, Vicious and Spungen were staying at the Chelsea Hotel in New York City. Vicious asked his bodyguard to get him some painkillers at 2:30 a.m. At 7:30, other guests heard a woman groaning in Vicious’ room. At 10 a.m. Vicious requested help from the front desk.

Spungen had bled to death on the bathroom floor after being stabbed in the stomach. 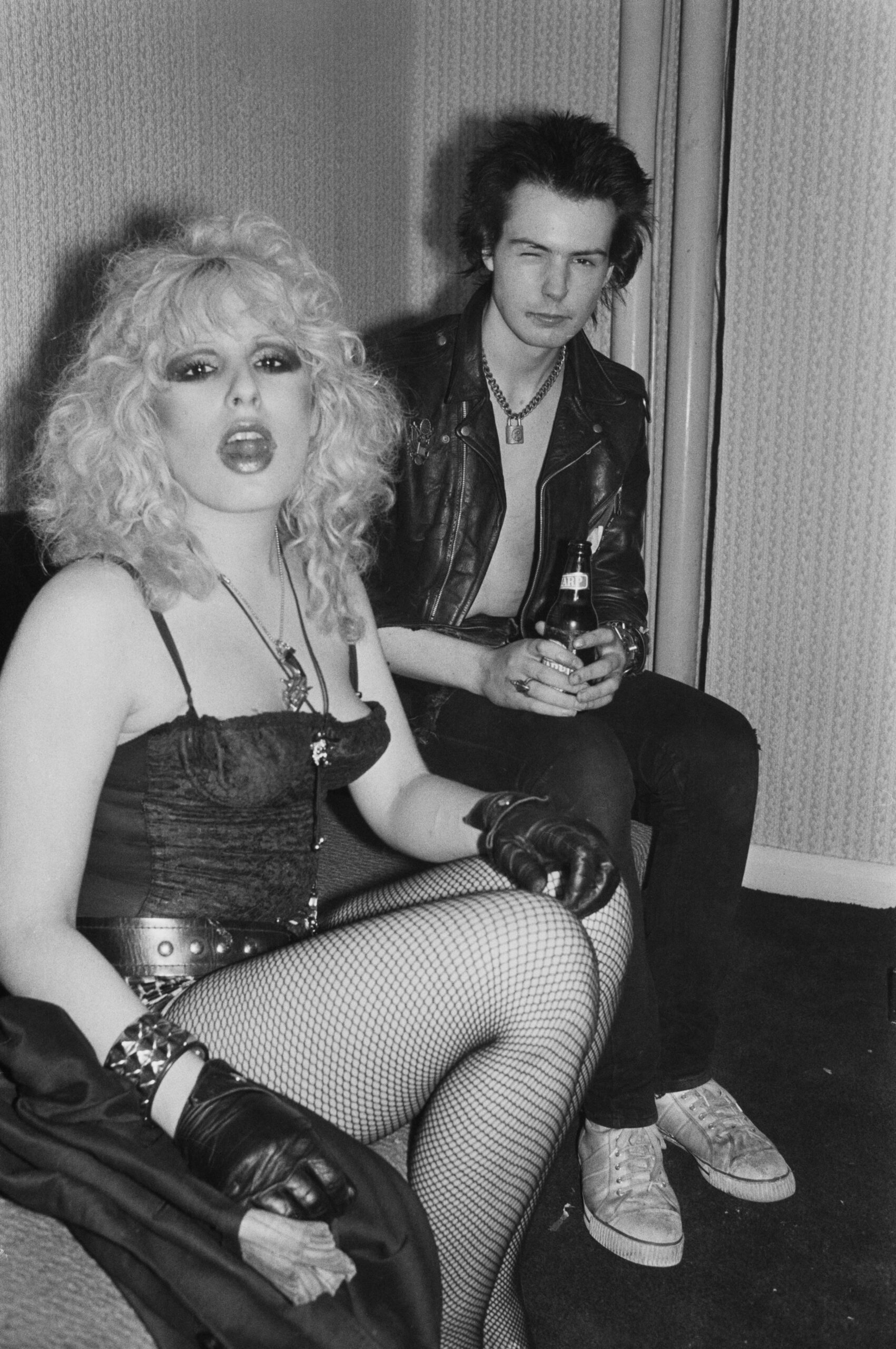 Vicious confessed to the murder, then later said he didn’t do it. He claimed he was asleep when it happened — a claim some believe could be true since he’d taken 30 Tuinal tablets (enough to knock himself out for hours). Though Vicious was arrested for Spungen’s murder, the predominant theory was that her death was a double suicide gone wrong.

Others wondered if it could be connected to a sour drug deal or even a robbery, as money had been taken from the room as well. Whatever the case, Vicious didn’t have to deal with the memory for long. 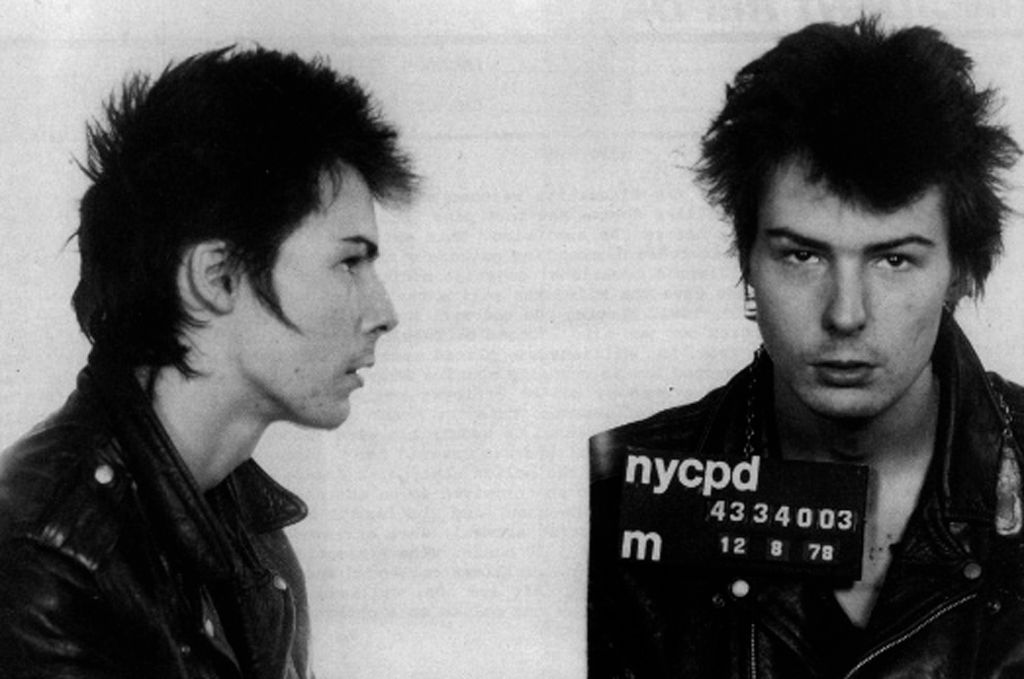 Vicious was released on bail, but found himself back inside after he attacked Todd Smith (Patti Smith’s brother) with a broken bottle.

Part of Vicious’ sentence at Riker’s Island included a 55-day-long drug rehabilitation program, and he celebrated his release with a big party in New York City, complete with heroin. 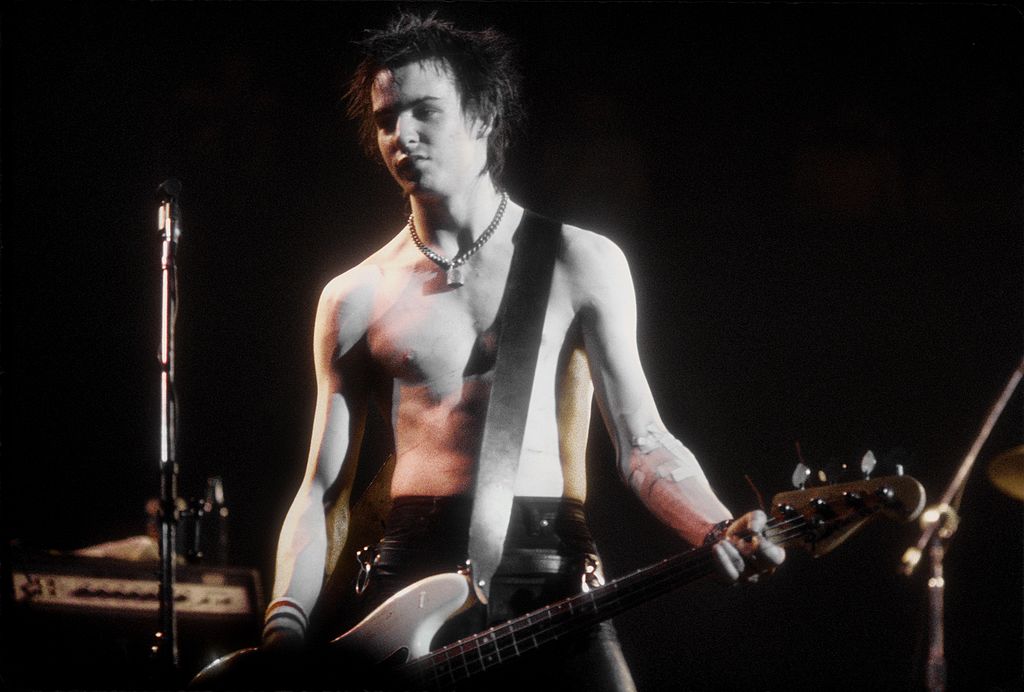 Sid Vicious overdosed on heroin and died February 2, 1979, just four months after Nancy Spungen’s death. What seems like a cut-and-dried case gets a bit more complicated when his mother enters the scene.

Sid Vicious’ mother, Anne Beverley, was a notorious heroin addict herself, supplied her son with the fatal dose that killed him and found the body. The question remains whether it was part of a doomed family celebration or if she intentionally gave him too much. 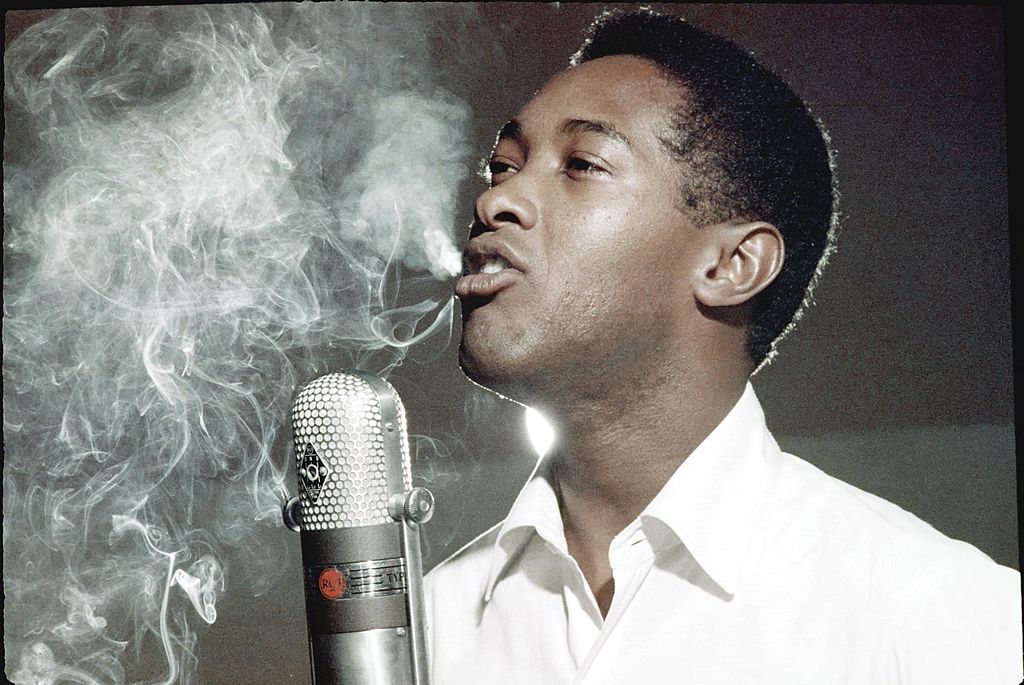 Sam Cooke was a 1960s pop legend and pioneer for African-Americans in the music industry, and that may be why he was killed. There are two accounts of Cooke’s death. The official one that the courts approved goes like this.

Bertha Franklin, manager of the Hacienda Motel in Los Angeles shot Sam Cooke three times on the night of December 11, 1964. Franklin claimed the act was self-defense.

Cooke, she alleged, burst into her room half dressed, demanding to know where a young woman named Lisa Boyer was. Boyer said Cooke kidnapped her, and she feared he intended to rape her — or he threatened he would, depending on which version of the story Boyer told. 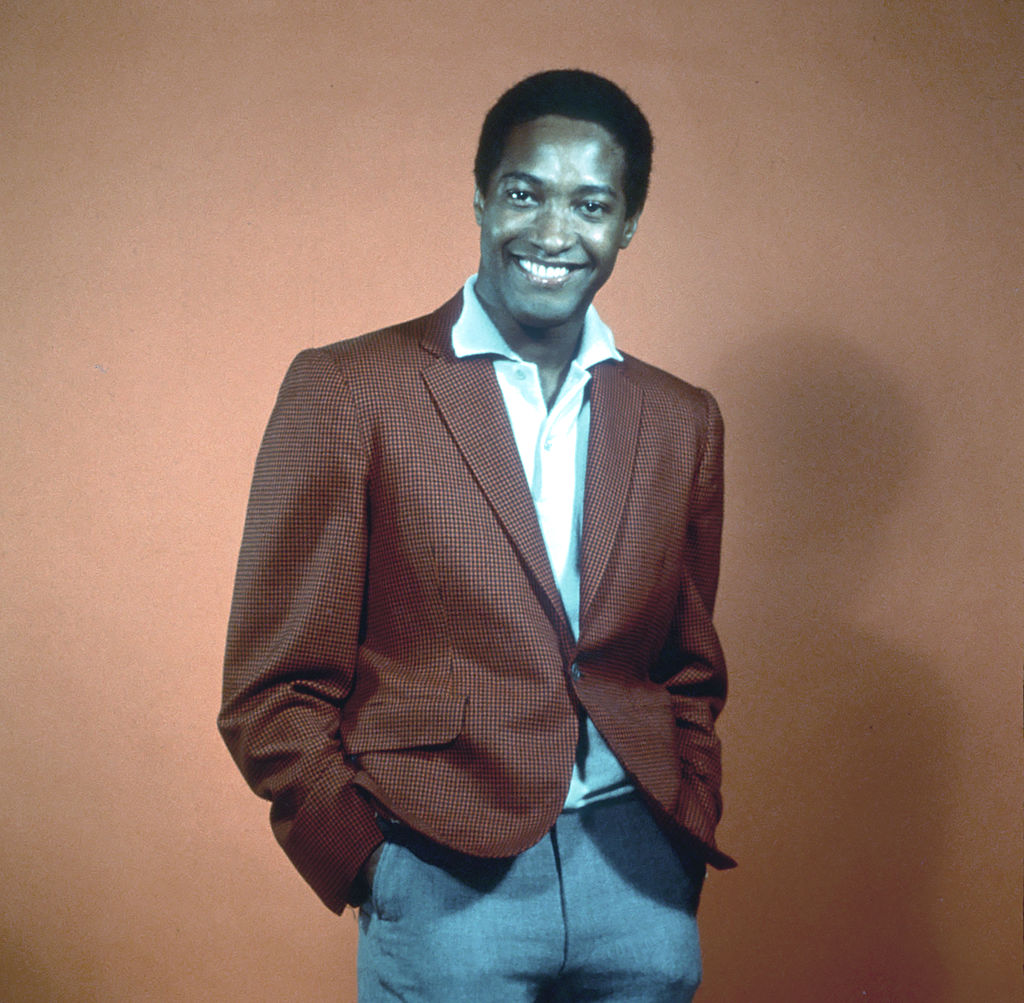 While Cooke was in the bathroom, Boyer stole his clothes and tried to run away. Cooke believed she was hiding with Franklin and attacked Franklin, demanding to know where Boyer was, so Franklin shot him. Franklin was reportedly on the phone with the motel owner at the time, who said she heard everything and called the police.

Though the courts were satisfied with the witness reports — riddled with racial stereotypes as they were others called their veracity into question after Cooke’s funeral. 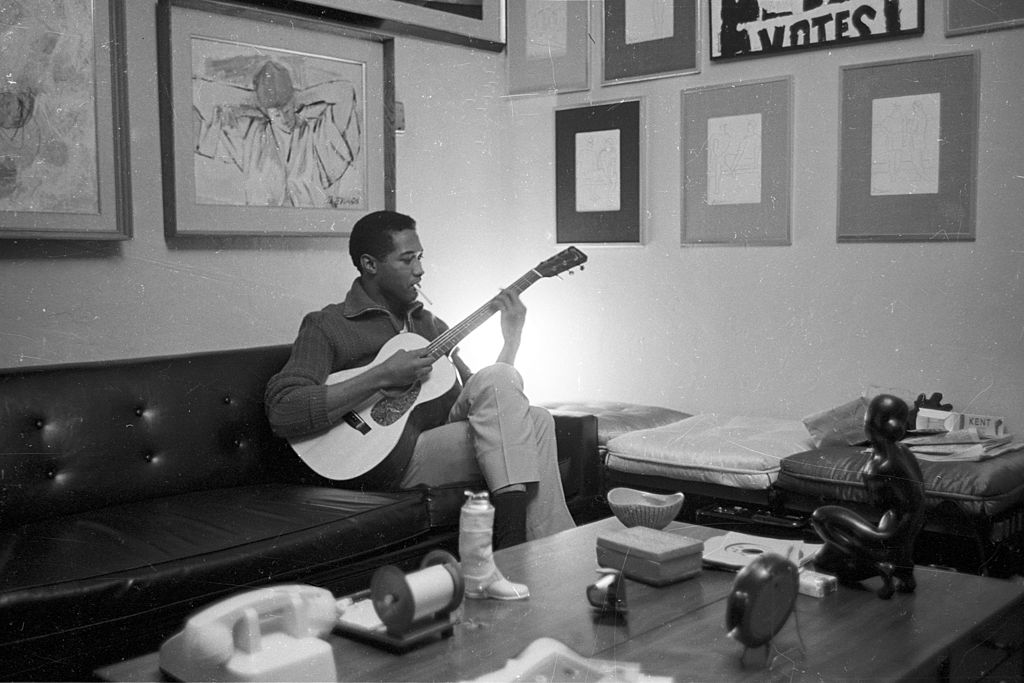 Soul singer Etta James attended Cooke’s funeral and found inconsistencies in Franklin and Boyer’s stories when she viewed Cooke’s body. It was “mangled” she said, as if Cooke had been beaten.

Some suggested a number of reasons why this might be the case. Leaders in the music industry allegedly had ties with the mafia and set gangsters on Cooke, fearing his advocacy of equal rights for African-Americans in the industry.

The reverse of that story is Cooke refused to work with the mafia after they wanted to get involved with him. Yet another story ties Cooke’s death to the Ku Klux Klan, saying the group murdered Cooke after he appeared on the Dick Clarke show as the only non-white performer. 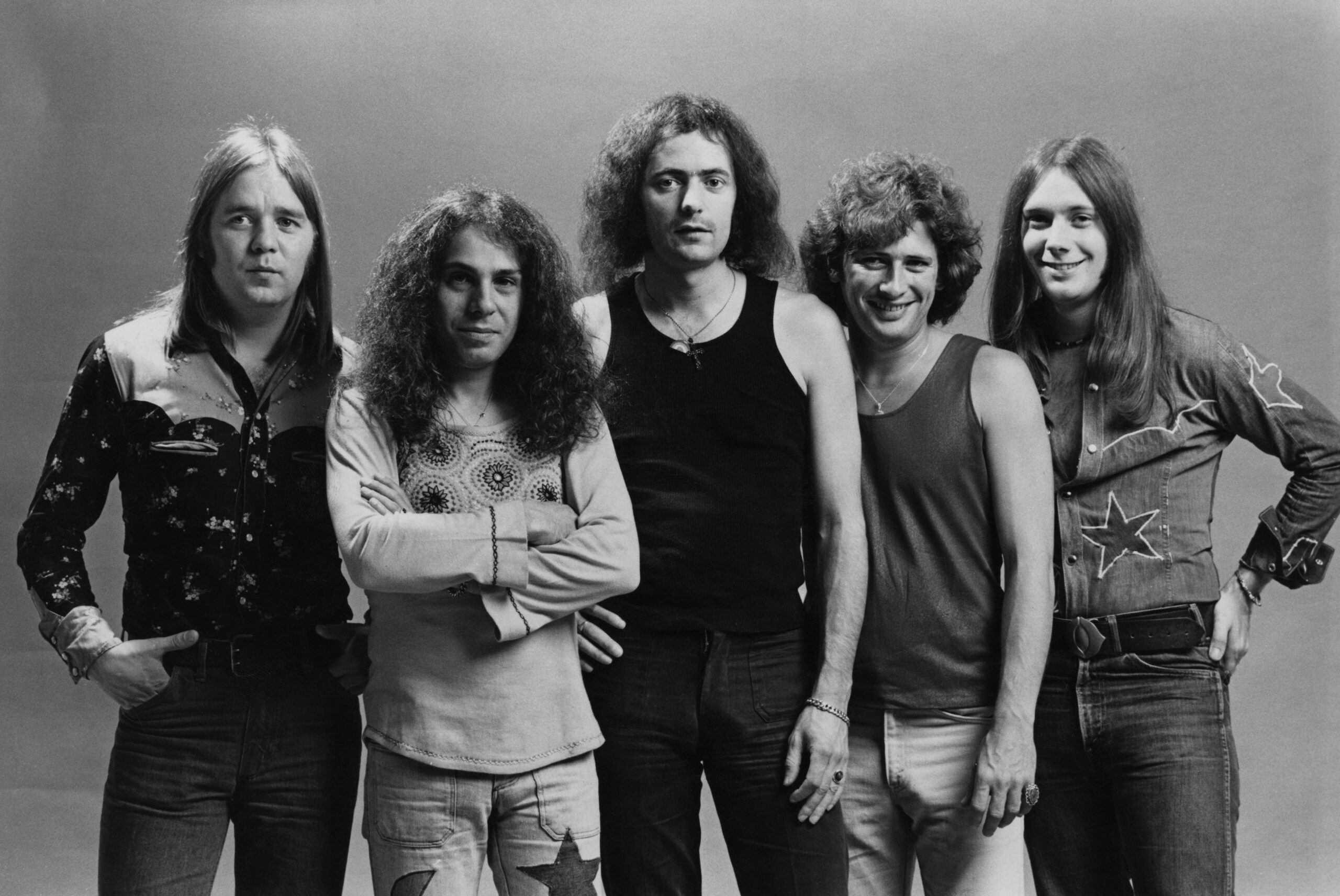 Drummer Gary Driscoll’s death followed an unsuccessful career where his own talent was his professional undoing. Driscoll (second from the right) started his career in the late ‘60s with Ronnie James Dio’s band, the Electric Elves (later changed to Elves and then just Elf).

Like other bands at the time, the Electric Elves combined blues and rock in reaction to the psychedelic movement that dominated the decade. The Elves, called “pedestrian” by some, found their biggest achievement working with Deep Purple and Ritchie Blackmore.

That was also what eventually cost Driscoll his job and one reason why his death remains a mystery. 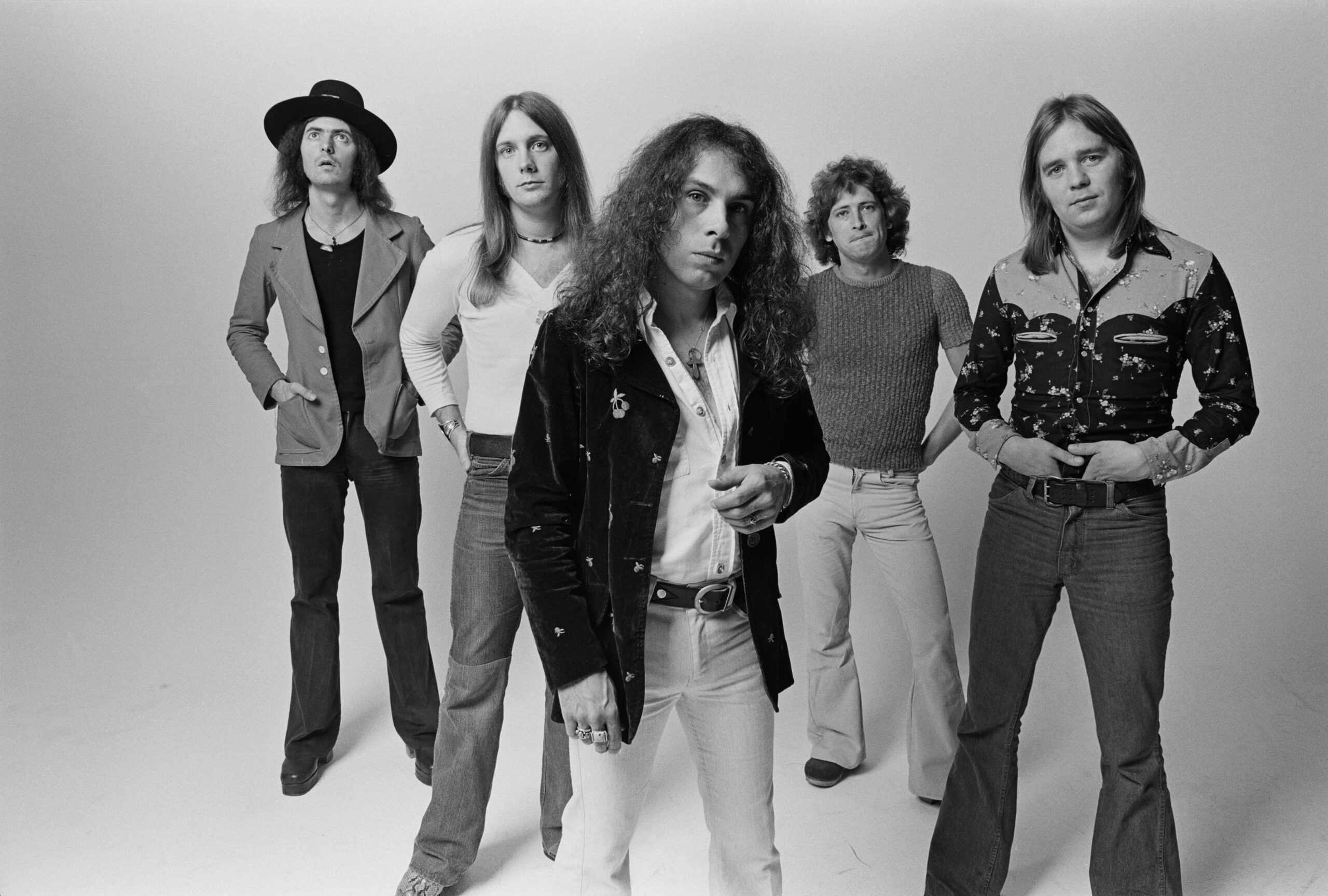 Driscoll joined Blackmore’s new group, Rainbow, with three other Elf members in 1975. The band delivered one album with Driscoll before Blackmore booted him out of the band. Driscoll’s blues and R&B background didn’t suit Blackmore’s taste, and Blackmore didn’t think he could change. Driscoll never found success in other bands he performed with.

In 1987, Driscoll was murdered in his home in New York. No one was arrested for the crime.

While no one knows what happened or why, there’s been some suggestion Driscoll’s murder was ritualistic in nature and even that he was flayed alive. There were no witness accounts and no one who stepped forward to offer any insight into how or why Driscoll died alone. 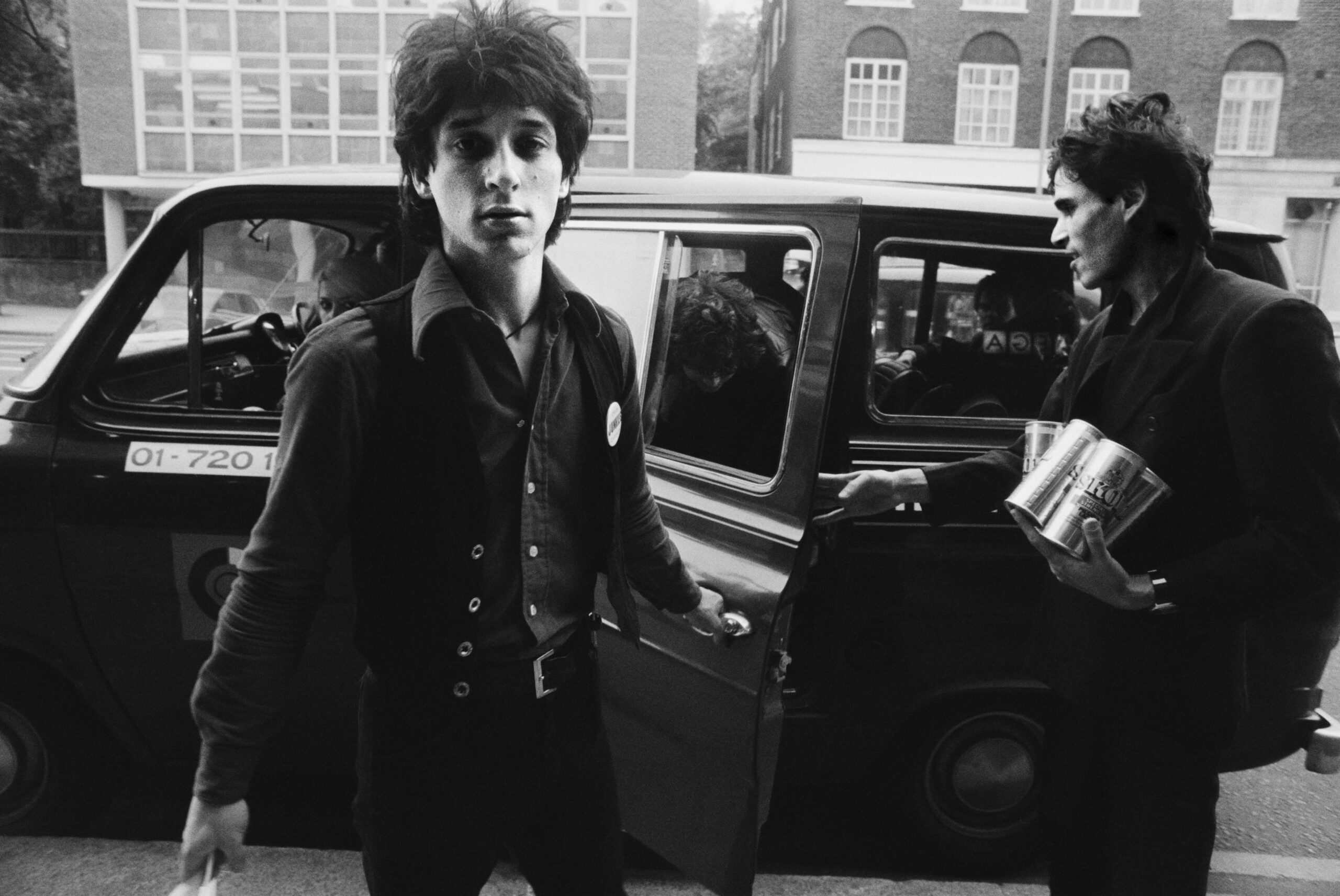 Johnny Thunders (John Genzale, Jr.) was arguably the first punk rock hero, a title that might just have cost him his life — if something else didn’t take it first. Thunders carved his identity with the New York Dolls, but he needed heroin to make it work. Genzale was described as a sensitive, shy, thoughtful man.

Thunders was the opposite, because that’s what people wanted to see. Heroin made him brash and aggressive, and it also made him a star —  until he couldn’t take it anymore. 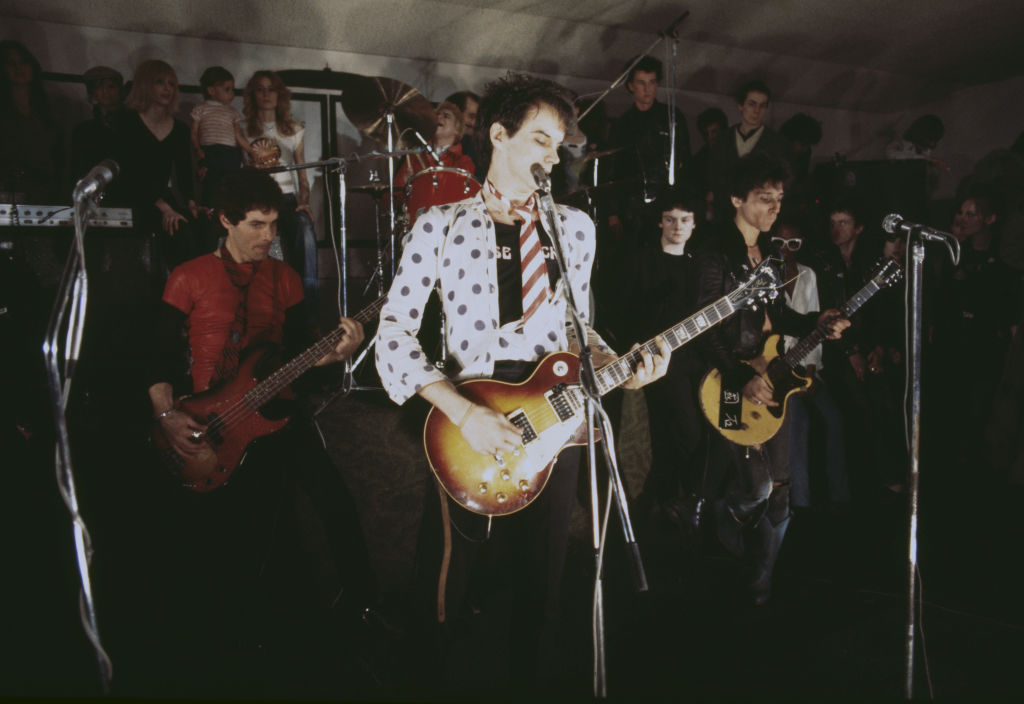 After his marriage dissolved and he couldn’t see his kids anymore, Thunders worked on trying to get clean. He met Susanne Blomqvist and tried creating both a stable home life with her and a way to become Johnny Thunders without heroine.

It worked, for a time. In 1987, when Blomqvist bore their daughter Jamie, Thunders was diagnosed with leukemia, but it’s still unclear whether that was responsible for his death.

Those around Thunders said he worked harder than ever after the diagnosis, while he tried distancing himself from family because he knew he would die soon. Thunders went to New Orleans in 1991 to fulfill his dream of recording an album there with Sea-Saint studios — but he died before he could get started. 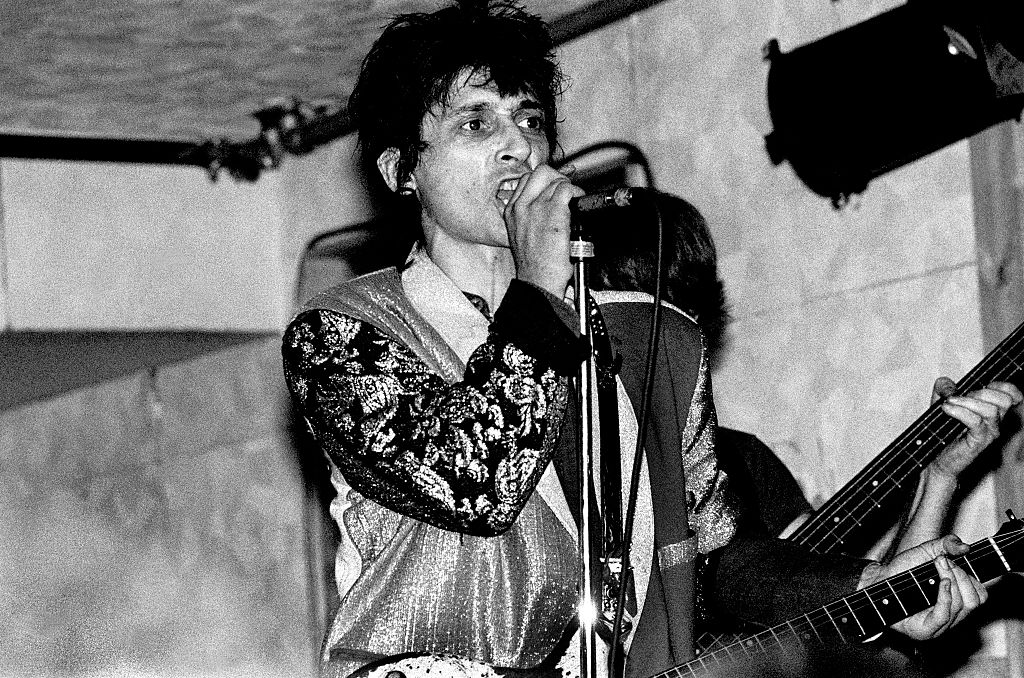 On April 23, 1991, Thunders was found dead in his New Orleans hotel, apparently of a drug overdose. That didn’t sit well with those who knew him, though. He’d been using methadone to move away from heroin, they said, so it was unlikely that he would have overdosed.

Another theory is Thunders was fed LSD by his recording partners, robbed, and left for dead once they realized they’d killed him. A third report suggested he simply lost his battle with leukemia. 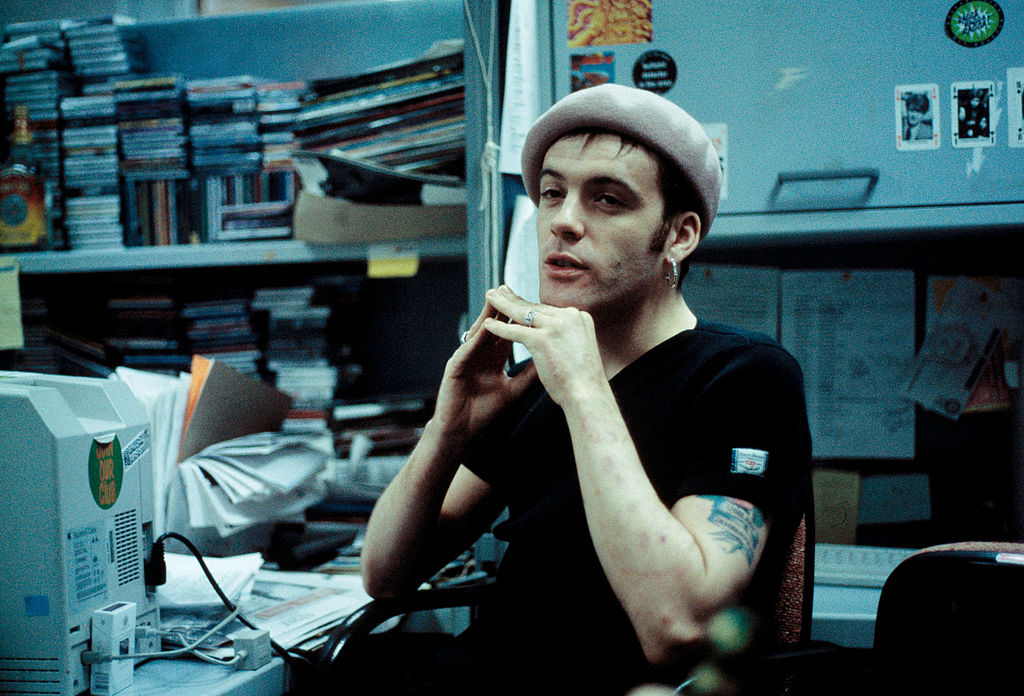 The death of Manic Street Preachers’ lead singer Richey Edwards is one of music’s most enduring mysteries, because Edwards might not even be dead. Edwards disappeared on February 1, 1995 (the eve of the band’s U.S. tour) after last being seen at the Embassy Hotel in London.

Edwards didn’t want to go to the States and planned on staying in the hotel that evening instead of going out on the town. But he wasn’t seen again — at least, not by his family and friends. 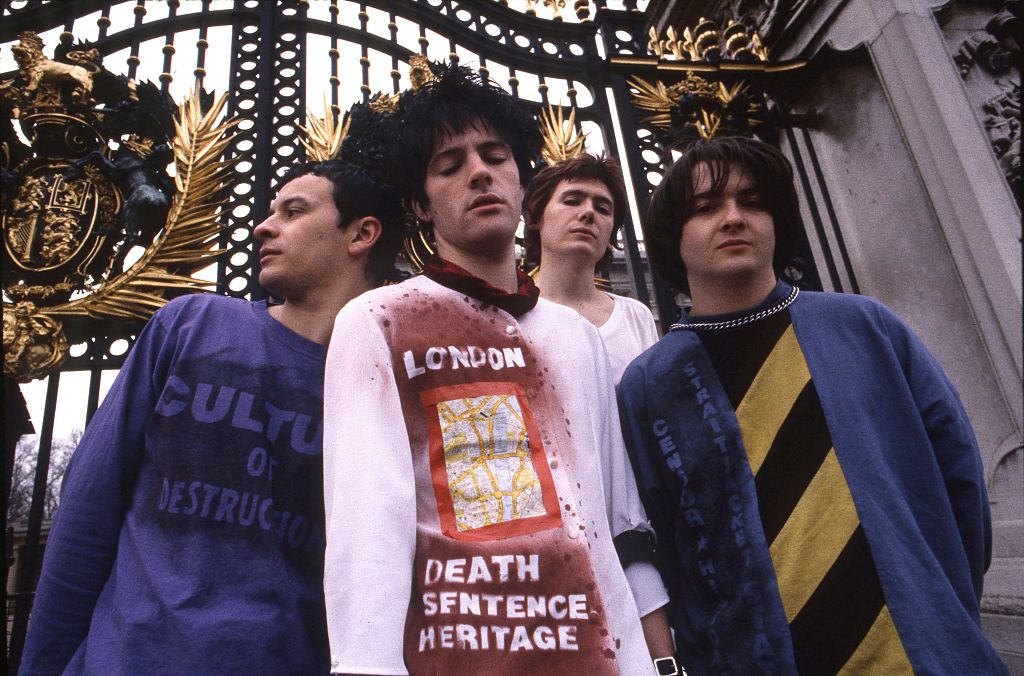 When Edwards didn’t come downstairs the next day, his bandmates entered his room to find something completely unexpected. Edwards was gone, but he left behind a gift box with photos and a note to his former girlfriend Jo saying that he loved her. Yet he’d spent the night before with a woman named Vivian.

Edwards’ family, including his sister Rachel, who wrote Withdrawn Traces about his disappearance, only found out about Vivian later. The other Manic Street Preachers members said she was in his room that night and that they’d also been in the hotel basement listening to new music. No one actually knew where or who she was, but Edwards reportedly tried giving her his passport because he “wouldn’t need it anymore.”

A few days later, his car was found near the Severn Bridge, an often-used suicide spot. But Rachel wasn’t convinced her brother’s vanishing was down to suicide.