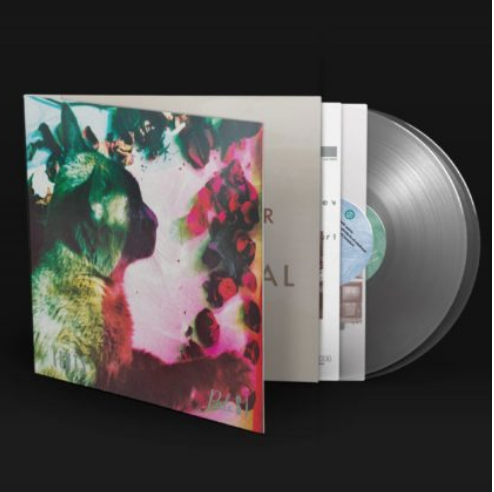 The record shops might have been closed up for the last 10 weeks (and plenty are reopening as I write, for better or worse). But that hasn't stopped the flow of archival releases from keeping quarantined music collectors occupied during lockdown. And for those rare moments when music fans who still collect physical media can afford to cough up the cash for one of these titles, it really is a strange source of comfort to anticipate this kind of stuff. Despite what's going on outside your door and playing out across your smartphone or tablet or TV screen, few distractions match up to familiarizing yourself with a deep-crate classic you never knew existed or unboxing an anniversary edition of a longtime favorite. For us collectors, it's a fantastic diversion from the external chaos. And while it's an epic bummer we spent three months physically unable do many things, including entering our already dwindling, local brick-and-mortar just yet to pick up these treasures, we can be grateful that just about every record shop who wants to stay in operation has been doing mail-order via Discogs or Amazon and/or curbside pickup so we can cop a fix. Here are ten reissues from the first half of this shitshow year that are well worth your vice money.
10. Iggy Pop, The Bowie Years (UMe)
2/11 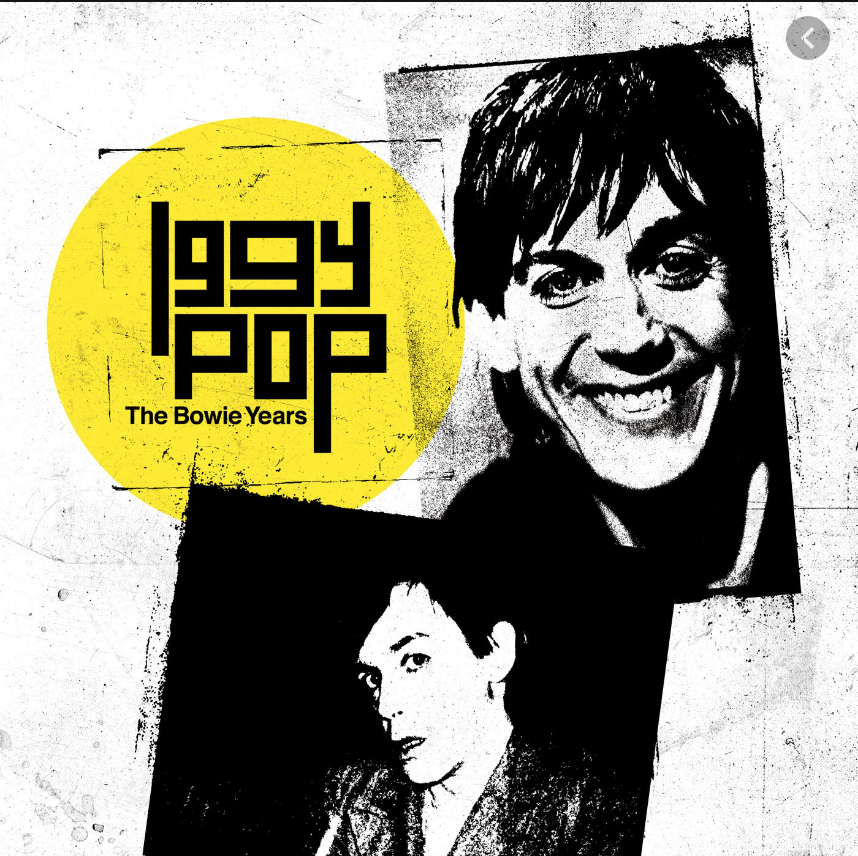 Perhaps no other rock star detox is more storied than David Bowie and Iggy Pop's tandem stint in West Berlin in 1977, where both men reinvented themselves in the steely cool of German Kosmische Muzik. At seven CDs, The Bowie Years is the definitive word on the Iggy end of this era, including beautiful remasters of both Bowie-produced classics, The Idiot and Lust for Life, as well as the 1978 live LP TV Eye, one disc of demos and outtakes, and three more of live recordings from March 1977 officially being released for the first time. Live at the Rainbow Theatre, London, Live at the Agora, Cleveland and Live at Mantra Studios, Chicago all showcase the might of Iggy's post-Stooges touring band, featuring essentially an early incarnation of Tin Machine, with Bowie on keyboards and the Sales brothers on bass and drums. The Rainbow Theatre set includes a rendition of Lust for Life's "Tonight," which Bowie would later revise as the title track to his misunderstood 1984 studio LP, but longtime Bowie guitar hero Carlos Alomar reconstructing such Stooges classics as "No Fun" and "Dirt" (particularly the churning version from Mantra Studios) are the must-hears. 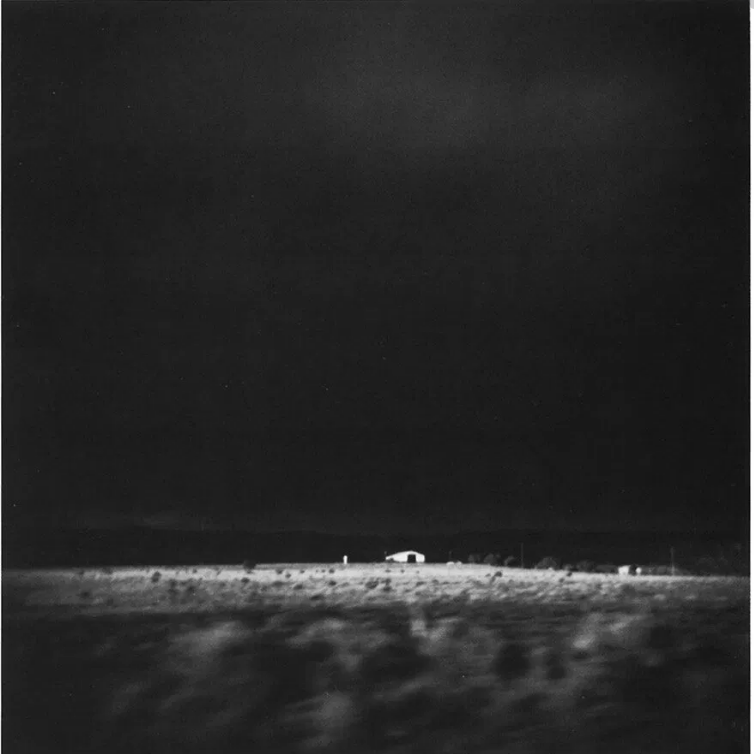 The 2000 debut LP from Bloomington, Indiana's Early Day Miners has become recognized an essential catalyst for the new directions that Midwestern indie rock would take in the 21st century. “This is music that rewards patience, and reveals itself more with each listen," Charlie Hall of The War on Drugs explains in the liners of this heavyweight vinyl edition of Placer Found. "There’s a deep clarity within the soft focus ⁠— equal parts lost and found. Everything in its right place. We need this music now more than ever.”
Placer Found was the sound of main Miner Dan Burton living on Manhattan's Upper East Side while writing  with the open sky prairies of his home state still prevalent in his being. On this 20th anniversary reissue, there's a clarity in the remaster that brings you right there in that immediacy while also revealing other shades of the Early Day Miners sound with bonus tracks like the mathy instrumental "Prospect Refuge" and "Blue Casino," an early version of the song that would become "Jefferson" from 2003's Jefferson at Rest. Unlike most of the groups dubbed "slowcore" from this pivotal era, Placer Found has staying power in 2020 that has far outlived the subgenre from which its legend sprang. 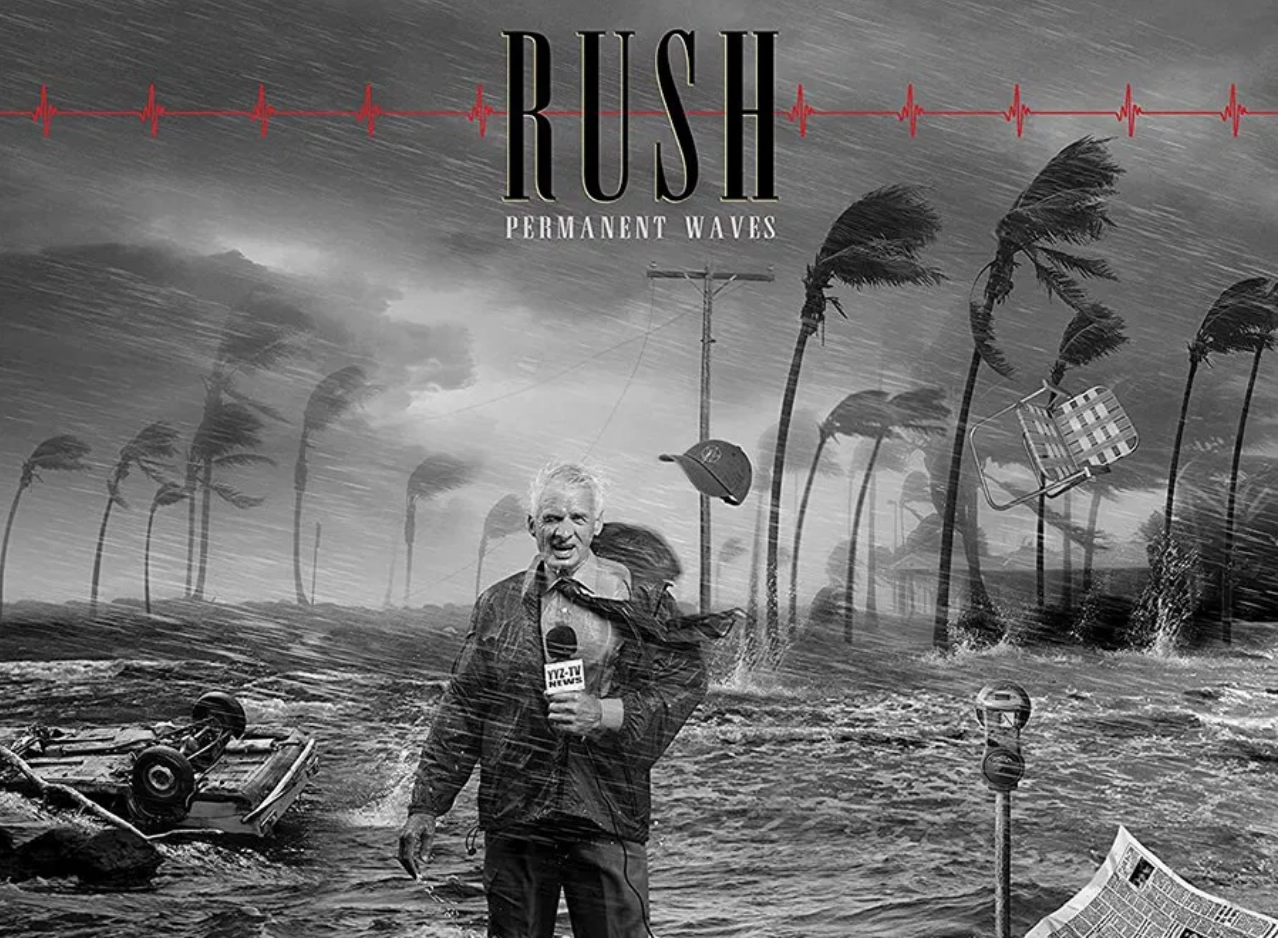 Rush were not only out to prove they were the world's best prog band, but by 1980 they also wanted to showcase their pop prowess. With Permanent Waves, released two weeks after the turn of the decade, the Canadian trio gave fans the best of both worlds, kicking it off with quite possibly the fiercest one-two punch in AOR history with "The Spirit of Radio" and "Freewill." Then they did an about-face and closed with their proggiest suite since 2112 in "Natural Science." This immersive box for Waves' 40th anniversary is highlighted by a newly compiled live album culled from dates on the 1980 tour that might rankle nebbishy completists wondering why they didn't release the entire shows. In this judicious curation, it deserves space between Exit...Stage Left and A Show of Hands as one of the best official live Rush albums on the market.
7. Neil Young, Homegrown (Reprise)
5/11 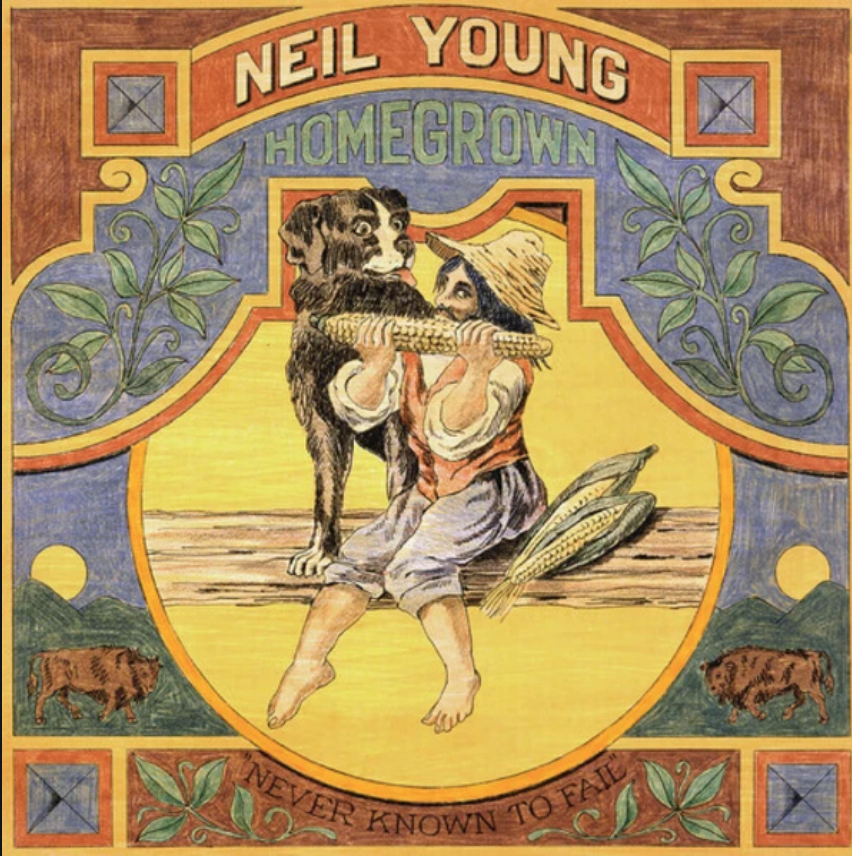 For hardcore Neil fans, there's a long wishlist of all the unreleased albums he's got vaulted up in his archives we know will all come out someday, as long as there's still a planet. And 1975's long-lost LP Homegrown has always been high up on it. This official edition is quintessential, featuring such gems as the Levon Helm-assisted opener "Separate Ways," never-before-heard acid blues "We Don't Smoke It No More," and the spoken word ramble "Florida," whose lyrics were printed in the liner notes of Tonight's the Night while the tune remained in limbo. Most of Homegrown would appear in other forms on future Neil Young albums like 1980's Hawks and Doves ("Little Wing," "Star of Bethlehem") and 1990's Crazy Horse classic Ragged Glory ("White Line," here accompanied by Robbie Robertson on acoustic guitar). But its quite satisfying to hear this journey through the past as it was originally conceived. 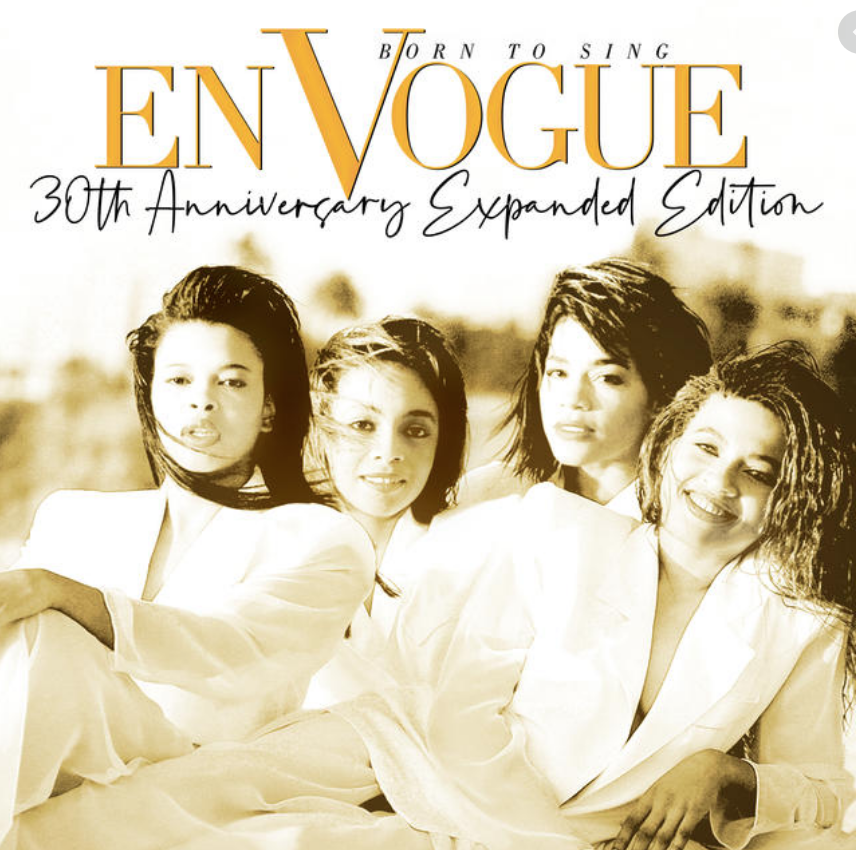 When truly separated En Vogue from the influx of three- and four-woman harmony groups of the New Jack Swing era were the hard funk beats by the vastly underrated early 90s production duo Foster & McElroy, which undergirded the quartet's iconic vocal beds. "Hold On" introduced many young fans in 1990 to James Brown's "The Big Payback," while the Andrews Sisters sendup "Hip Hop Bugle Boy" tipped its cap to our grandparents' era. And on "Luv Lines," original members Terry Ellis, Dawn Robinson, Cindy Herron, and Maxine Jones collectively channel that Teena Marie vibe with a wink to Bronx Freestyle. This excellent 30th anniversary edition of Sing, of which has Rhino sadly declined to produce a physical incarnation thus far, includes nine bonus tracks, including an extended version of “Hold On,” the radio edit for “Don’t Go,” and a remix of "Lies" featuring a verse from sorely missed Queens rapper Kwamé. 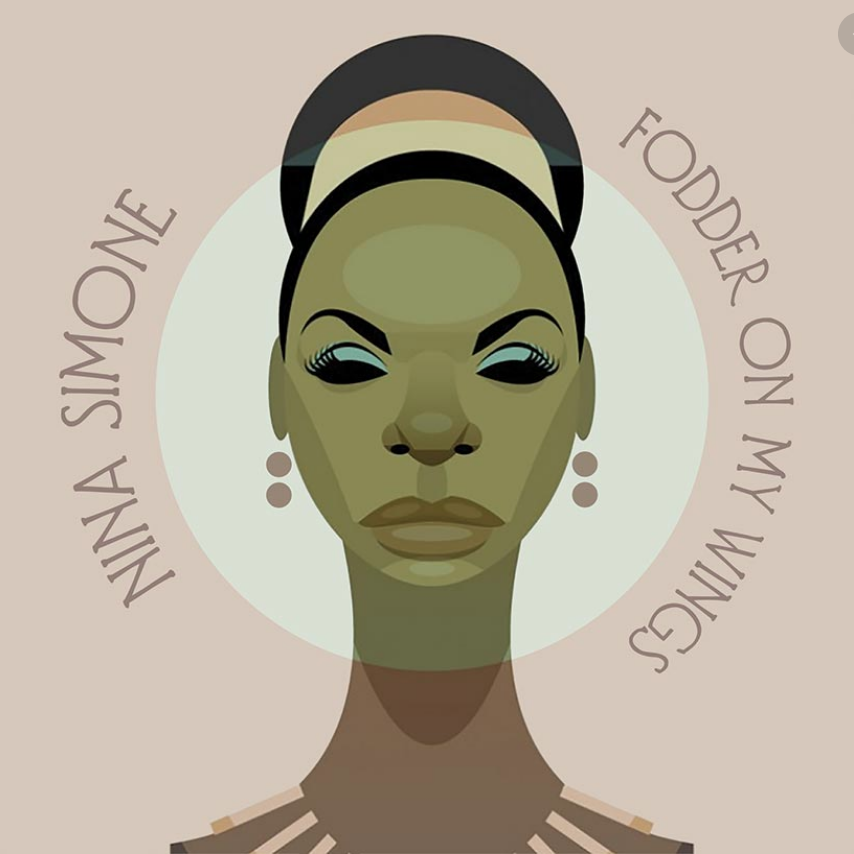 Originally recorded for the French indie label Carrere Records after relocating to Paris, Nina Simone's 1982 LP Fodder on My Wings mourned her dad's death and lamented the unease of living in a new city. But when you listen to this oft-overlooked chapter in Nina's oeuvre, the way she channeled her sorrow through the rhythms of Calypso and Trinidadian soca transforms sadness into rhythmic jubilance, at times even predicting Talking Heads' Naked. Three bonus tracks from the original sessions are included in this version as well, including ‘They Took My Hand," "Stop," and Simone’s searing lyrical improvisation about the loss of her father on a remake of Gilbert O’Sullivan’s ‘Alone Again (Naturally)’. 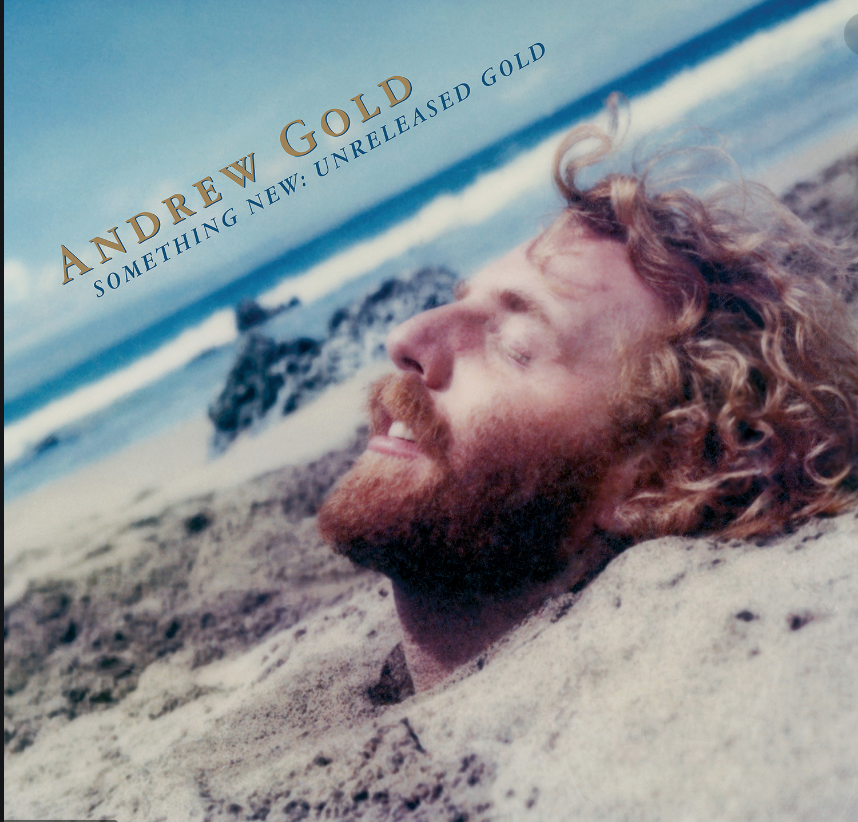 If there was one complaint to be had about the amazing Linda Ronstadt documentary The Sound of My Voice, it was how little we heard about Andrew Gold, who collaborated with her on such acclaimed works as Heart Like a Wheel and Hasten Down the Wind. You'd be most familiar with him as the composer of the world-renowned Golden Girls theme "Thank You for Being a Friend." (Imagine if they were named for him??) But the proverbial gold exists in the late songwriter's unsung output on Asylum Records. This excellent Omnivore set culls together demos Gold worked on with producer Chuck Plotkin that predate his eponymous 1975 debut and exhibit the raw purity of his songcraft. "Let us not overlook Andrew's extraordinary ability as a songwriter," writes Gold's longtime collaborator Peter Asher in the liner notes, "...something the demos in this collection make abundantly clear."

3. Prince, Up All Nite With Prince: The One Nite Alone Collection/The Rainbow Children (NPG/Legacy)
9/11 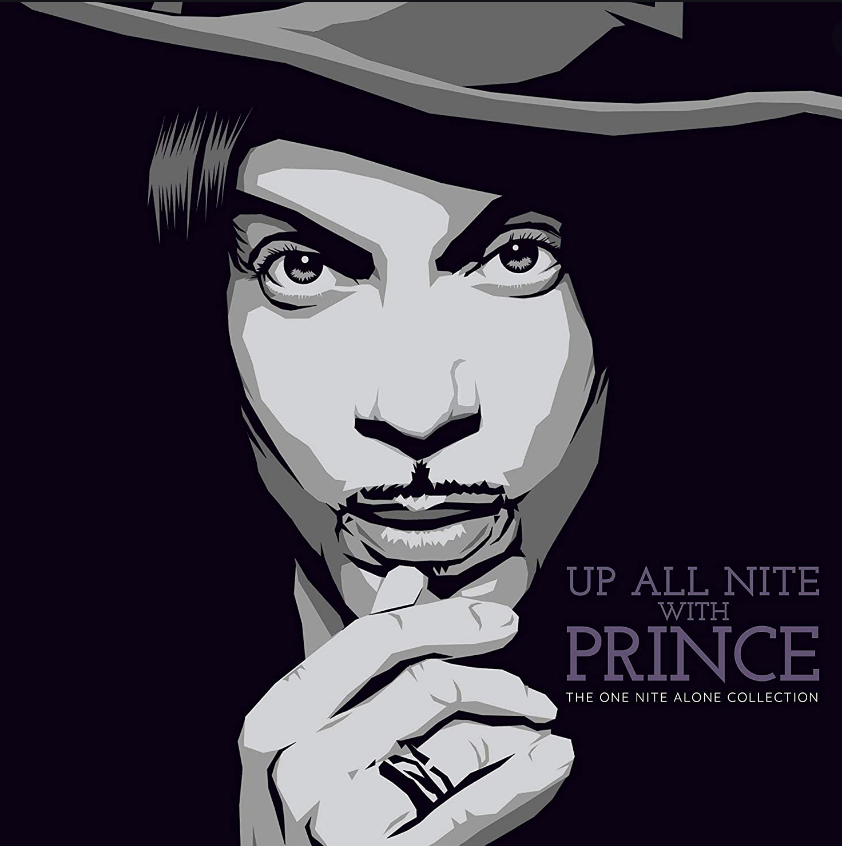 This spring marks 20 years since Prince made the announcement that he'd revert back to his birth name after spending most of the 1990s with a mysterious, possibly androgynous glyph as his official moniker. Nearly simultaneously, the Purple virtuoso converted from a Seventh Day Adventist to a Jehovah's Witness, the religious organization that has also counted Patti Smith, Selena, and Donald Glover among its ranks. So it's no surprise that The Rainbow Children, released in November 2001, is the closest thing we ever got to a musical document of Prince's spirituality. But it's also the jazziest Prince LP as well. And the combined result of these forces proved to be an underrated and misunderstood source of healing and comfort in the immediacy of 9/11. Listening to both this beautifully remastered edition of The Rainbow Children and the accompanying box set chronicling the 2002 One Nite Alone… Tour takes on an entirely new level of hope and purpose that Prince's vision of cultural unity could finally win out over racism and hate come November, in the wake of George Floyd's infuriating murder in the late legend's home of Minneapolis. 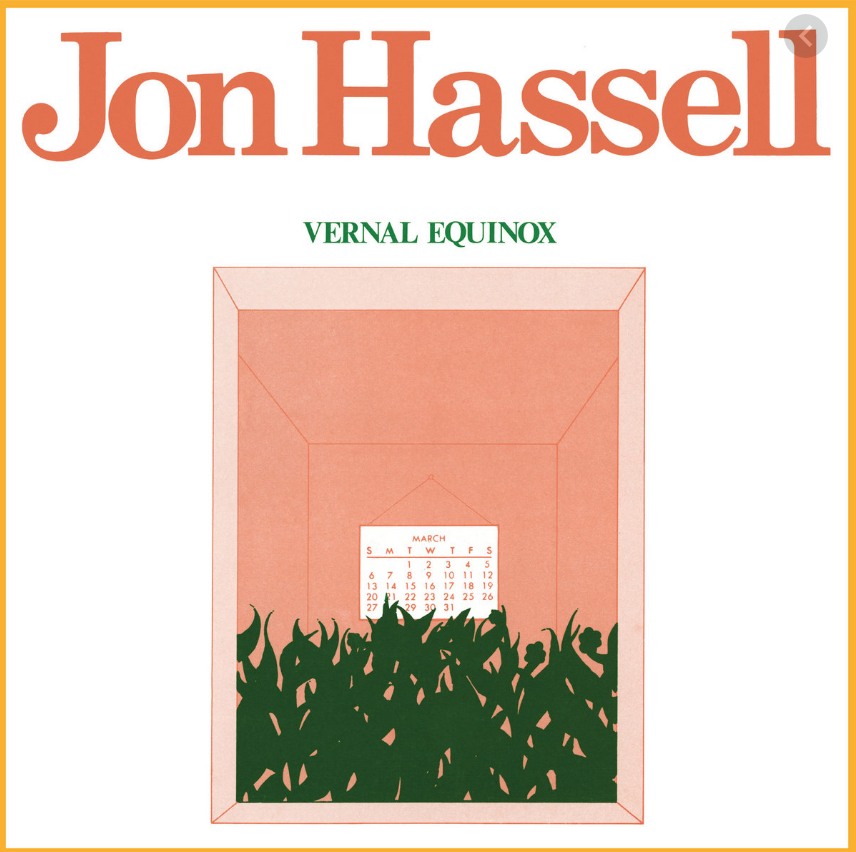 Nobody balanced on the pyramidion of ECM jazz, global beat, and experimental drone music like British trumpet great Jon Hassell, now 83 and recently fallen on hard times in the wake of a frightening and deadly pandemic. He referred to his signature sound as "fourth world," signified by a horn drowned in filters and effects pedals that he introduced to modern music in 1977 with his first commercial work, Vernal Equinox. Originally released on the Lovely Music imprint, Hassell, along with master Brazilian percussionist Naná Vasconcelos, and synth player David Rosenboom created a siren song for the future that pulled from the Hassell's unique work with Terry Riley and La Monte Young, yet also found its way into the DNA of Brian Eno and David Byrne's 1981 summit My Life in the Bush of Ghosts. Listening to this remastered version of the original Equinox on Bandcamp alongside such modern shapeshifters as Moor Mother and No Base Trio (not to mention Hassell's own recently announced new album!) only further highlights its importance to avant and far-reaching music over the last 43 years. 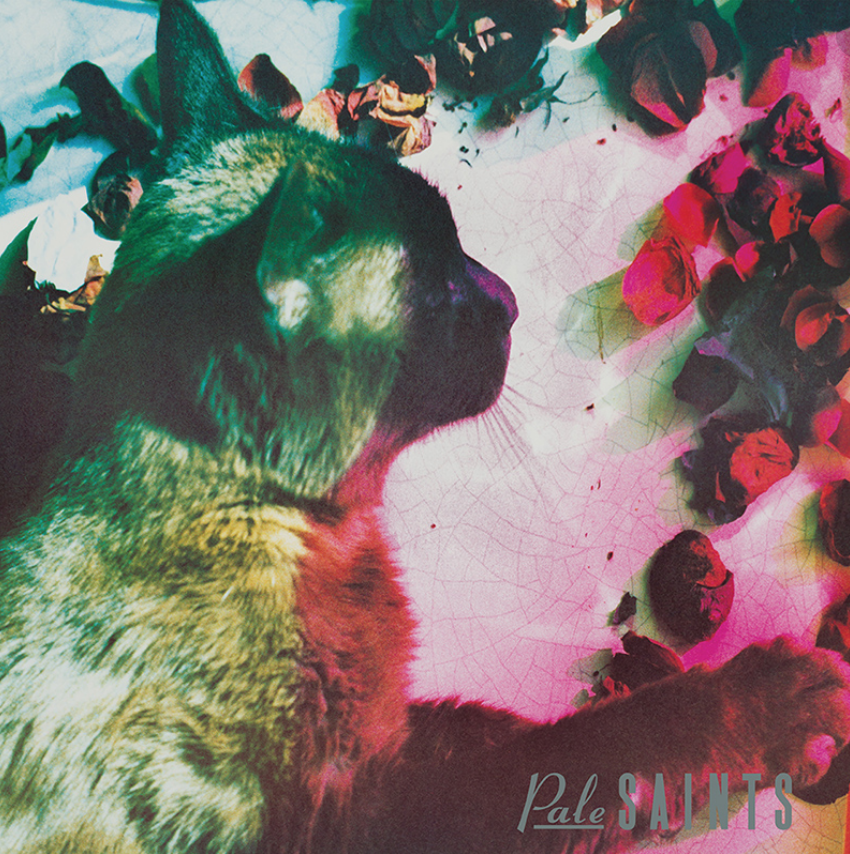 As fellow Leeds natives Gang of Four did for punk with Entertainment!, The Pale Saints redefined the dream-pop genre in 1990 on their debut LP The Comforts of Madness. The way the trio infused their love for American power-pop into the hazy shimmer of shoegaze continues to reveal bold new paths blazed by original lineup Ian Masters (bass / vocals), Chris Cooper (drums), and Graeme Naysmith (guitar). Madness' cover of Opal's neo-psych "Fell From the Sun" indicates the Saints' impeccable grasp on the delicate balance of atmosphere and aggression that would come to help define alternative rock in the 90s. This incredible 30th anniversary edition, featuring a top-notch remaster of the original Gil Norton production, and a disc of demos and the band's Peel Session, will hopefully cement them as peak 4AD alongside their more well-known labelmates.