Preview The Strokes: The First Ten Years, a New Photo Collection of Their Early Days

In 2000 The Strokes played all over downtown New York; places like Don Hill’s, Baby Jupiter, Acme Underground, and Mercury Lounge. The first time the band got a date at CBGB I circled it on my calendar because I wanted to capture it on film. Their sets were getting tighter and Is This It was still at least a year away from being released. The place wasn’t packed by any means. It was just a few friends, but the guys had a lot of energy that night and the images I got captured that.

The second time they played CBGB, they were riding a little buzz. The show was packed. The songs that would eventually make their way onto the album were being perfected and played with greater precision. They ripped through a blistering 30-minute set. The crowd wanted more, but just as they were about to play one last song, the stage sound was turned off and the house music turned on. Some dude came up and told them their slot was over and to clear out for the next band. He started unplugging the guys’ gear. Things quickly unravelled. People got hot and started yelling at the sound tech, who didn’t give a shit. That’s when Julian pushed past him and came right to the front of the stage to yell “Fuck CBGB!” As soon as they got their gear together we took off, and so did the entire crowd.

The buzz was palpable by the start of 2001. I had been shooting all their live shows and had their entire setlist memorized. I knew exactly when and where their peak moments would come.

By spring of that year, it was time to get a proper group shot of them as The Strokes. They hadn’t really been shot as a band yet, besides a magazine sidebar or two. I was shooting on an old Nikon and still learning my craft. They were going down to Philly one night to play a show and I told them to meet me at the Music Building so I could snap their portrait on the street.

The Music Building was on 8th Ave below Times Square, right near Port Authority. It was still a seedy spot at night, but it was the best spot. Lots of melodies and memories formed in that building. I got there early and waited for them. One by one they showed up. I hadn’t even thought about how I wanted the band to cluster for the shot, but they sort of naturally formed themselves in a row in front of the van. I stepped back and started to frame the shot and check my exposure. It was late afternoon and the sidewalk was packed with rush-hour traffic. I had to get them between people walking in front of my camera, which I had thought might be kind of cool, but it wasn’t working for me. I got closer, shooting them from a few different angles, guessing or, rather, hoping my exposures were somewhat dialed in.

It went quick, but I remember knowing when I got that one great shot, that feeling of looking through the lens and knowing as soon as that shutter snaps that I got it, and not worrying about any of the other shots I might have gotten. After shooting a roll it was time for them to get in the van and head to Philly. I wasn’t planning on going. I was going to stay in the city and develop the roll. Then Nick says, “Come with us.” I figured Why not? Philly wasn’t far and fuck it! I remember the club being in some shady alleyway and Liam and Noel Gallagher showing up to watch them play. I could feel the buzz around the band getting louder. There was something going on and things were starting to really take off. 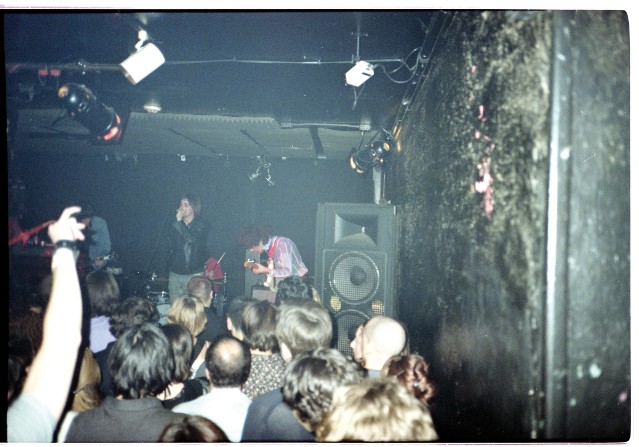 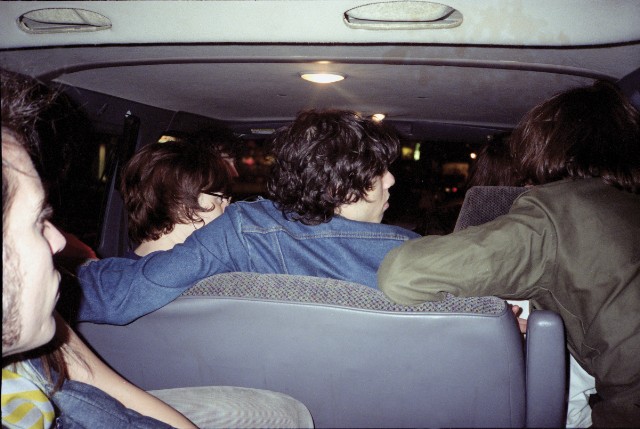 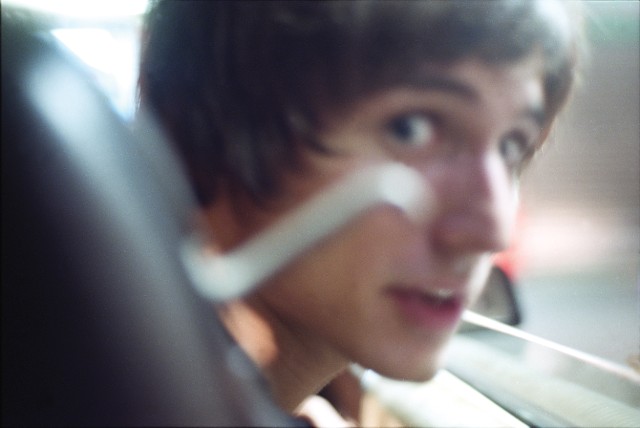 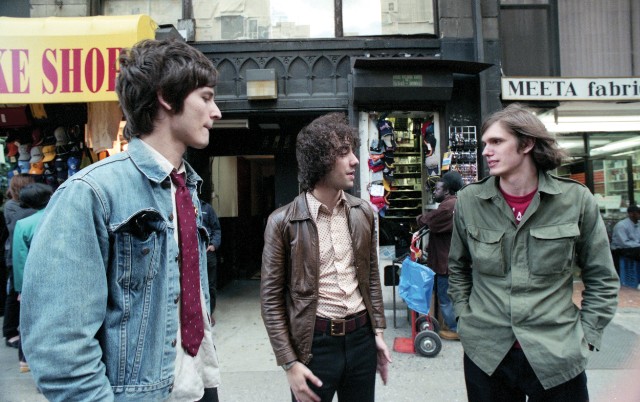 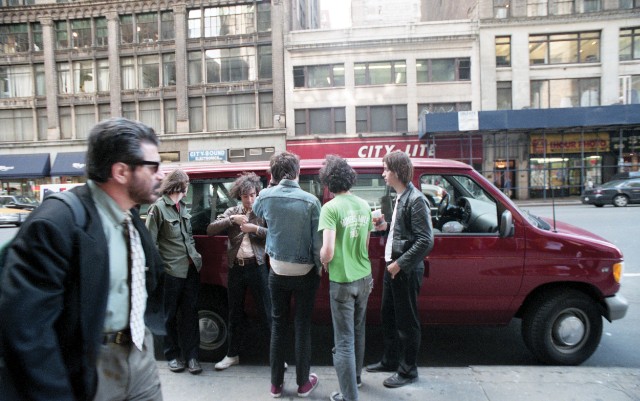 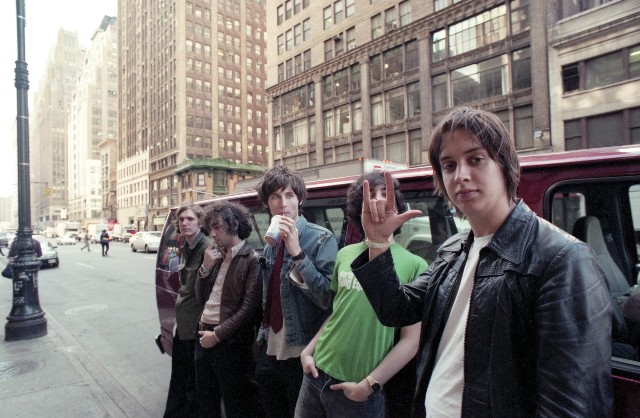 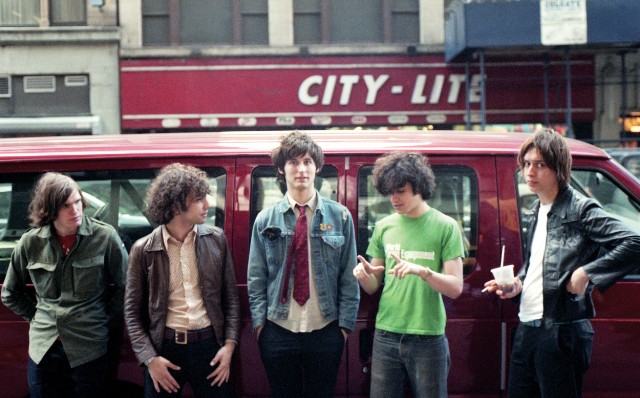 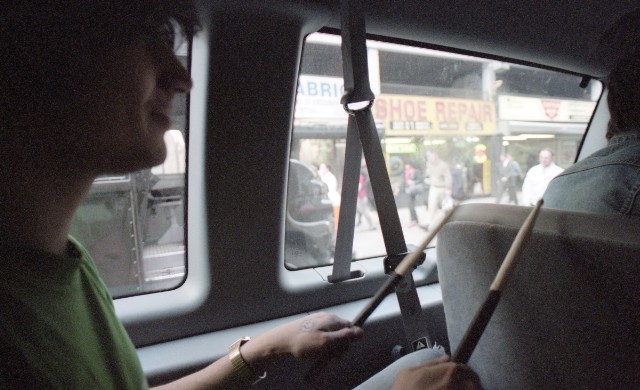