The Replacements: Our 1987 Feature, Growing Up In Public

After seven years without a change, the Replacements have fired their guitar player, split with their mentor, and recorded their most complex album to date.

This article originally appeared in the June 1987 issue of SPIN.

June, 1986. The Replacements are roaring through one of their patented skittish sets at the Ritz in New York City when singer/guitarist Paul Westerberg belly flops into the crowd. The sea of bodies parts; Westerberg goes down hard to the floor, where a combat boot stomps firmly on his left hand, breaking the ring finger. As he returns to the stage, the band makes a valiant effort to finish the set, but the pain proves too debilitating. They abort the set and saunter offstage.

This was the last the world would hear from the Replacements for almost a year. By the time they resurfaced in April with their new Pleased to Meet Me LP, the band had fired guitarist and band clown Bob Stinson and split with longtime manager/mentor Peter Jesperson.

In the living room of the south Minneapolis apartment that he shares with his fiancée, Paul Westerberg puts on a Young Fresh Fellows tape and begins to reflect on the growing pains of the last year. He’s wearing jeans and a flannel shirt; a stack of music magazines beside the couch and a couple down cassettes are the only indications this is a musician’s apartment.

“When we started,” he says, pausing to sip from a midmorning Schmidt, “we definitely had a fear of success. We had a fear of everything. We were all very paranoid, and I think that goes hand in hand with the excessive drinking thing. We’d get drunk because we were basically scared shitless, and that snowballed into image. Now we’re a little more assured of what we’re doing. We’re not positive which way we’re going, but we think we know what mistakes lie ahead, and we’re trying to sidestep ‘em.”

The first casualty of the new attitude was Bob Stinson. Stinson was the band’s Mr. Hyde, the delinquent who earned them their reputation as delinquents. He performed in skirts, dresses, diapers, garbage cans, and the altogether; but, beginning with 1985’s Tim LP, his musical contribution had become minimal. The other three members had recorded the album’s basic tracks without him; afterward, Stinson had added guitar parts that Westerberg fed to him. “I’m not sure if he was lazy or maybe a little intimidated,” says Westerberg. “And that was sort of degrading to him and to me, because he’s a better guitar player than I am, and I never wanted to sit down and show him things that he could already do.”

“I think he enjoyed touring, because of the ‘fringe benefits’ aspect of it, but he wasn’t really willing to work for it anymore. We got tired of it, because it got to be kind of like dead weight. We gave him chances. For a long time we were saying, ‘Bob, c’mon, get your shit together,’ and we’d try to help him have patience, but it got to the point where he’d miss practice or he’d show up in a state not ready to work or play.” 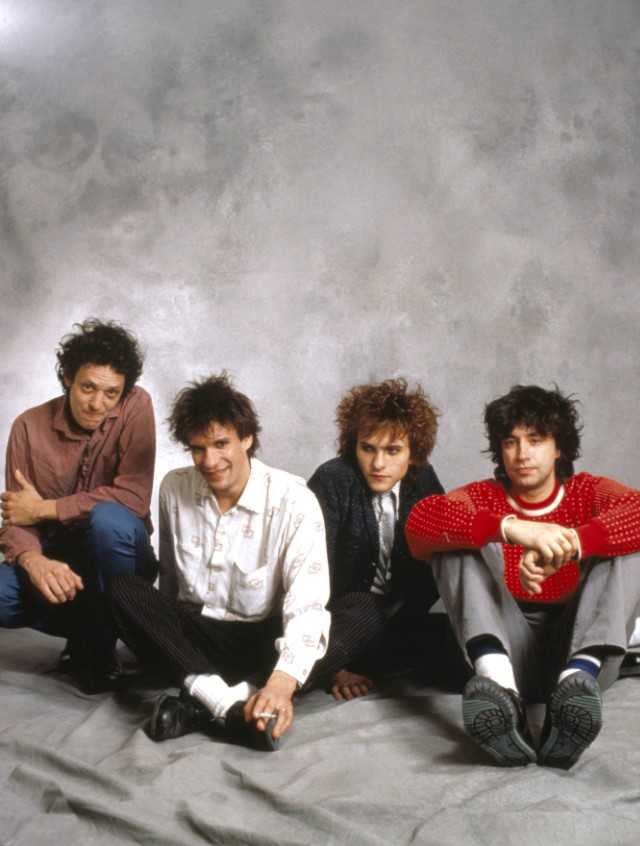 Jesperson likewise had been with the group since the beginning. In 1980, less than a month after their first gig, he signed them to Twin/Tone Records, which he had cofounded, and immediately became their manager. But when they jumped to Warner Brothers in 1985, they moved beyond his managerial depth. Jesperson and the band went their separate ways last August, a move Westerberg feels was, in many ways, harder to digest than the decision fire Stinson.

“Peter was like a fifth member of the band, and in the beginning, I’d give him a lot of credit for our success. He was invaluable. When we had no money at all, he would always buy us drinks and lunch and things like that. He kept us together in the beginning. And then we grew up a little. We were young when we started—I was 19, Tommy was 13, and he was six or seven years older, and he could calm us down when we needed it. Consequently, we grew up to the point where we could call ‘em ourselves. We didn’t need a ‘dad’ or a ‘big brother’ anymore; we needed someone to guid our career more than we needed someone to take care of us.”

“Slim is more like a fourth member of the band than a hired gun,” Westerberg says. “We originally thought that it would be a good idea to get a hot guitar player and be the Replacements and…Joe Blow. As it is now, it’s like the Replacements with a new guy who isn’t a great guitar player, isn’t a great singer, just as we are not great at what we do, and he fits in perfectly. He’s working out good, but the tale will really be told when we play live.”

Warner Brothers was sufficiently encouraged by the changes that it extended the band’s two-album contract to four or six records. In exchange, the label expects concessions. Like a video. The Replacements have been outspoken about their aversion to the medium, particularly in the song “Seen Your Video” and the “anti-video” to “Bastards of Young,” which consisted of a single shot of a stereo speaker. But in 1987, big time success has become contingent upon videos. This is not lost on Westerberg, but as an idealistic traditionalist, he still has trouble with what rock ‘n’ roll has become.

“‘Seen Your Video’ isn’t necessarily ‘every video sucks, all video is absolutely taboo.’ It’s ‘Seen your video/Your phony rock ‘n’ roll,’ and it’s pointed at videos that glorify how ‘cool’ it is to be in a band. You know, the chicks at your feet, the chains, the leather, that kind of stuff. But we might do a video. It’s a definite maybe.”

“But if you see our video,” he continues, “it’s not going to be anything you’ve seen before. It’s gonna be something that isn’t at all like the spirit of the band. The ‘Bastards of Young’ video was the attitude of the band, but the spirit of the band together is something that shouldn’t be filmed. Almost like—it might be stupid, it probably is—like the Amish people, or whatever, who won’t have their picture taken because it steals their soul.”

“I almost feel like that, too. Because it steals something that the cameras should not take away from the band. I think that mystery is far, far better than to splash it out in front of ‘em, and show ‘em exactly what the bands look like, and exactly what they do. I mean, that’s the fun of seeing a band live. [Record companies] see video as selling more records and making more money, but to me it’s crass and it’s wrong for the Replacements.”

“We don’t get down on our knees and say, ‘I want to be a star. I will look it, act it, dress it, be it. Make me one.’ We just say we don’t want to fail, and we’d like to go at our own pace. So we’ll probably end up being something really boring like fuckin’ REO, who were around for nine years before they made it. I can see that happening to us more than us ever being on the cover of Newsweek.”

Just a few years ago, the last thing the Replacements seemed was in it for the long run. Bob Stinson’s antics and Westerberg’s instinct for making the worst of a bad situation turned the band’s early shows and records into portraits of a band teetering on the bring of complete collapse. Part of the group’s appeal was the possibility that they might go over. How could they keep this up? But with each album, Westerberg’s songwriting has asserted itself and given the band confidence to work beyond their comfortably self-defeating image.

It’s also given Westerberg reason to keep at it. “If I were to quit,” he says. “I would come home to my job and turn on the radio and think, ‘fuck, I can play as good as them,’ or somethin’ like that. And that’s the thing that drives me. I think that if I quit now, how far could I have gone? What song could I have written? And I have enough of that in me that’s going, ‘don’t be a chicken, see what you can do.'”