The Beat of New Orleans

Captured in pictures and interviews, how 2020 impacted performers in one of America’s most musical cities

Street and local musicians, some as talented as any big name in the industry, dot the French Quarter in New Orleans, filling the air with music. We wondered how these performers were surviving with music venues closed. We spoke to three musicians to get a firsthand account.

Matthew Dethrow is an upright/electric bassist from New Orleans. He has been a member of the Slick Skillet Serenaders and Bayou Blues Burlesque.

Meschiya Lake is a Jazz vocalist who fronts her own band called the Little Big Horns.

Nathan Rivera is a vocalist and musician who plays piano and guitar. He is currently performing with his group Nathan & Jessie. 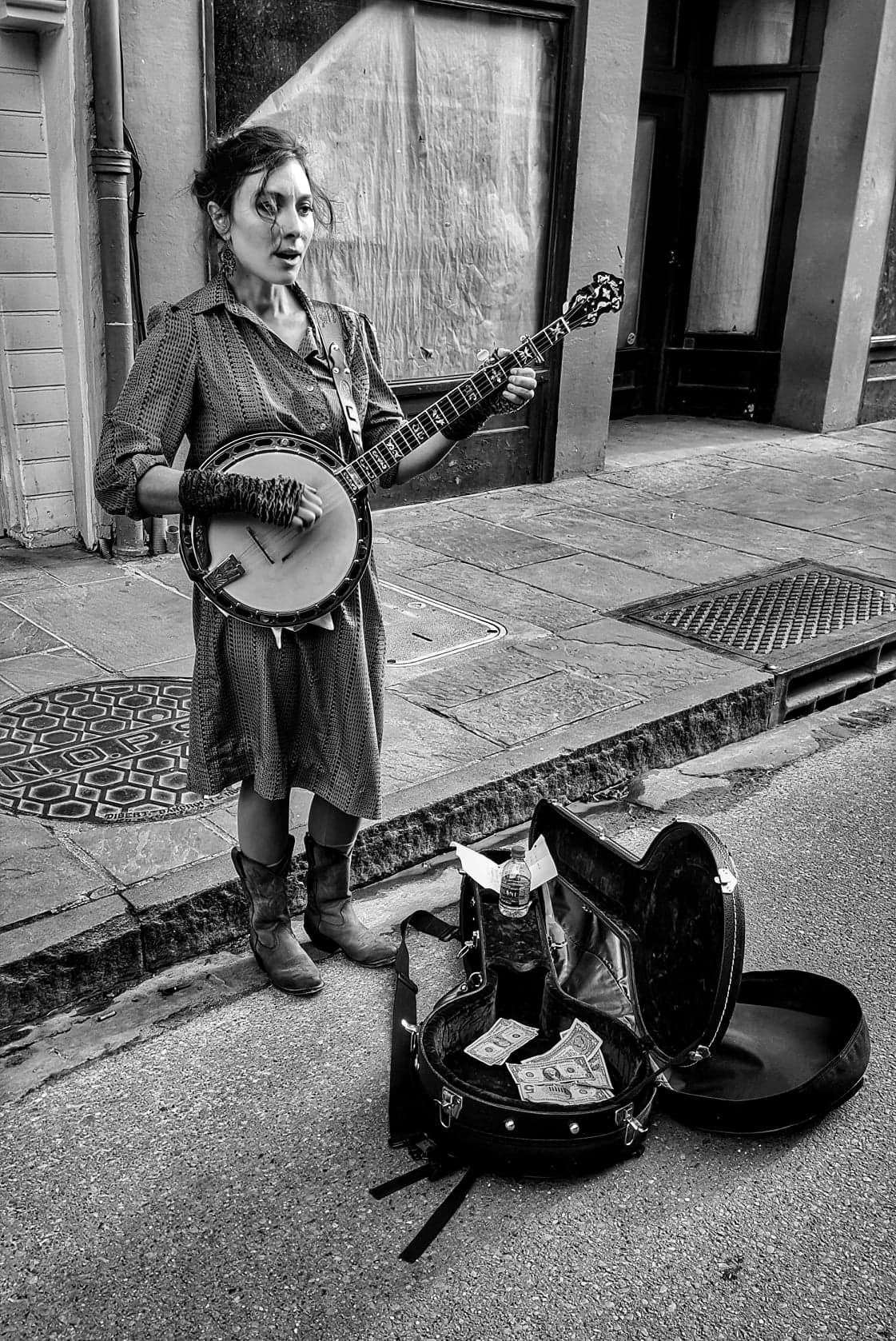 How was your career going pre-pandemic?
MD: I felt like I was hitting my stride. After years of busking on the streets, I had worked my way up to sitting in with some amazing bands in clubs on Frenchman Street. Overall, I was performing over 200-booked shows a year.

ML: I won Best Female vocalist 3 years running for the Big Easy Awards and twice for the Offbeat Awards here in New Orleans. I won Best Jazz Vocal Album at the Danish Music Awards for my record with Soren Siegumfeldt in 2019. I had been touring extensively through Europe. My last international gig was a televised, sold-out concert at The P8 Jazz Alive 2020 in Copenhagen. The morning of the performance the Danish President announced that there would be no crowds gathered because of Covid and we had to perform for cameras in an empty theatre.

NR: Beginning of 2020, I was having an amazing time playing gigs with Eight Dice Cloth. I also attended The Folk Alliance Music Conference. It was an amazing way to start the year. 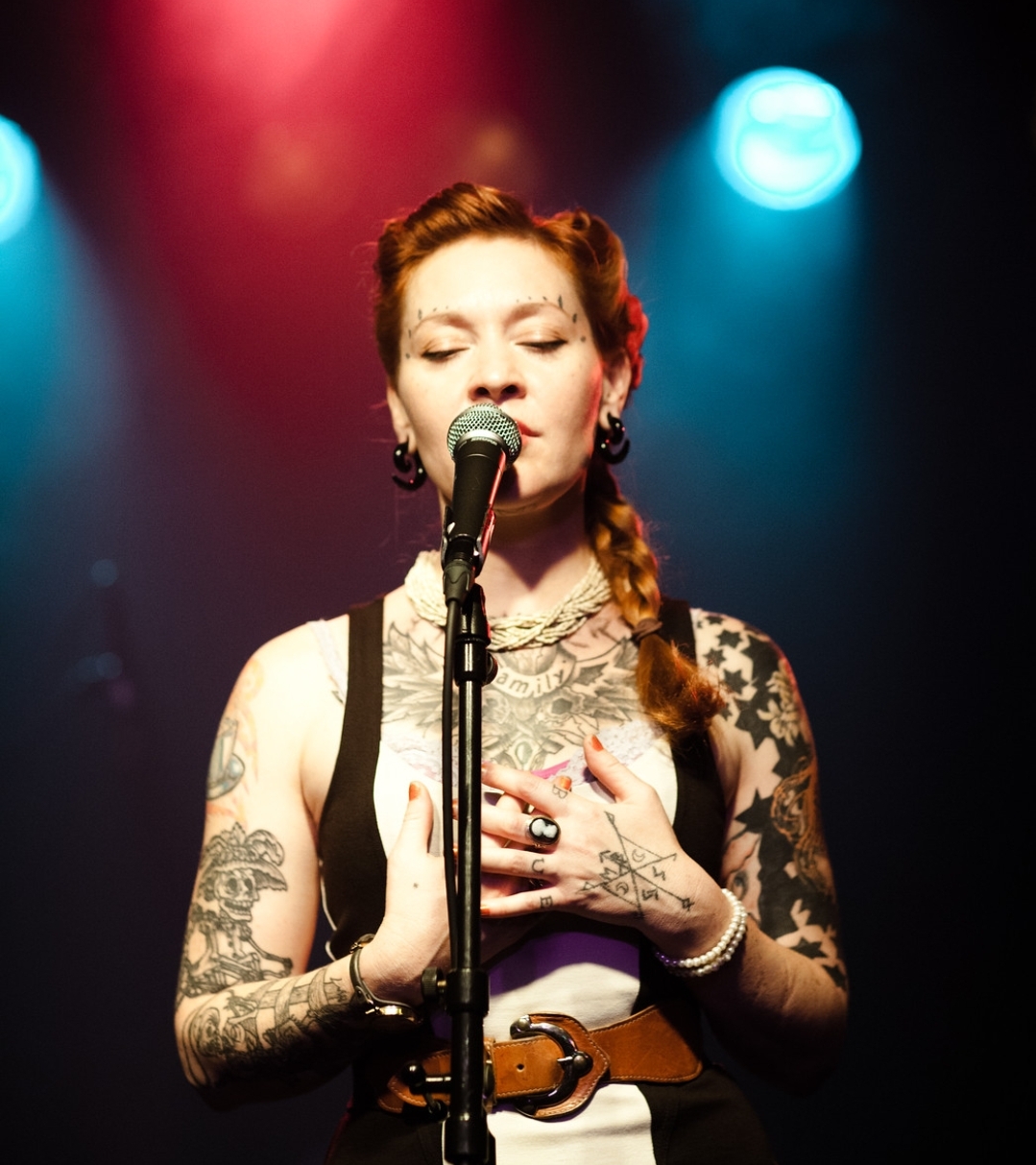 How has the pandemic affected your career?
MD: It has brought my career to a dead stop.

ML: When I returned to New Orleans from Europe, I played one more gig then everything closed down. I was booked at several European festivals in 2020 but everything was canceled.

NR: I had plans to tour the Pacific Northwest, Michigan Music Festivals and the NYC Accordion Festival. I also had a European tour planned.

Are you surviving financially?
MD: Financially, not good, but better than some. I have to play about 200 shows a year just to break even so I was a bit shaky before Covid. I tried for unemployment and received some but not much. Many musicians have had trouble providing documents proving income or the number of gigs.

ML: The bottom fell out completely. I applied for several grants and received some thankfully. I was also able to receive unemployment but that ended during the summer. Since I am a single mom, I need to support my daughter so I have picked up some waitressing jobs a couple of days per week.

NR: I eventually received some unemployment. At first I was denied, but then reapplied and was approved for benefits. The process was difficult though. I needed proof of canceled gigs. 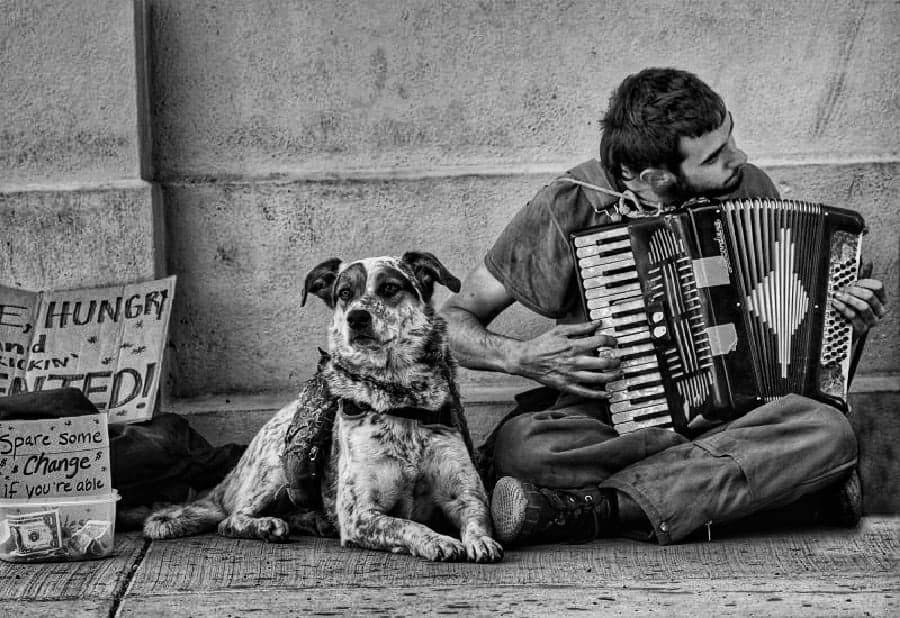 How are you staying active musically and connecting with fans?
MD: COVID has definitely forced all of us to use social media with live streams on various platforms. It has been a challenge to switch from entertaining crowds of smiling faces to just a camera lens. I have taken to video editing and uploading content on our YouTube channel. What feedback and connections we do make have been supportive and appreciative so that aspect has been a success.

ML: I’ve been working on a solo album with a couple of wonderful producers, one of whom worked on Dwight Yoakam’s first album. I started a Patreon account to connect with my fans a bit more and make that material available as it is recorded. The Little Big Horns resumed our nearly decade long weekly gig at the Spotted Cat by way of livestream. At first, it was successful but it has been falling off a bit financially as have other livestream concerts I have done. I have also done some porch concerts for socially distanced audiences. These have gone well. I actually had to hold back tears because it felt so good performing live again.

NR: I love putting on live shows. Since this isn’t possible, I started livestreaming instead. I equate it to busking on Royal St. I would go to different music groups on Facebook to “Go Live.” If that spot weren’t working, I would change groups and try another group or “street corner.” I have gained a lot more internet fans since the live streaming has started. I have found a community of fans who like my music and support me through tips and merchandise sales like CD’s, vinyl and t-shirts. Final Thoughts?
MD: While the industry itself will keep chugging along, I feel COVID has severely affected the artists that are still honing their acts and cutting their teeth. The ones that have yet to break into the industry, the independent artists that have protected themselves from unreasonable contracts with labels or brands, are now without the real-world school of music, meaning live performing. We have lost too many talented artists and small venues due to COVID. Even with all the online capabilities and marketing, almost all of my bookings had been from performing in person. A brief interaction while busking once got us a gig in Italy, so I feel I owe everything to the street playing. I just don’t see digital busking providing that same emotional connection you get in person.

ML: Music is our identity. Singer and trumpeter Branden Lewis started a fund for New Orleans musicians called Rainy Day Fund and has helped organize a benefit concert where I feel very blessed to be performing. New Orleans has a long tradition of people coming together to support and help each other out because the “powers that be” do not. I hope that people in other places can do that as well. Cook for your neighbor, donate money if you are still able to help people that no longer have an industry. I guess that’s my message; support your community any way that you can. Money or time, show folks that you care. It’s so important in all of this isolation. To know that there are others out there who care for you and want to help. We are not sure when this is all going to be over or what our lives are going to look like when it is. The government is not helping us and may continue to give us no support. We need to keep music and art alive, and support lower-income individuals and families.

NR: All over the world, there are places rich with a history of live music going out of business. This is a rough time for club owners, performing musicians and music lovers. Sometimes it feels like it’s a tough time for everyone. The corporate music will be good, it’s the little guy we need to support.