For a band to “make it,” it takes a lot of luck, timing, and in some cases, a village. Even then, success isn’t guaranteed. On the other side of that equation, is 99.999999% of everyone else who tried but didn’t “make it.” That doesn’t mean they weren’t good or worthy of massive success, but for one reason or another, it just didn’t happen. That’s why we’re here. Since there are so many great bands, singer-songwriters and everyone in between you may not have heard of, we tapped a select group of famous musicians to highlight their favorite lesser-known musicians. You didn’t ask, but my favorite lesser-known bands are the Rhythm Warehouse and Novaflow. -Daniel Kohn The first person that comes to mind is a guy I worked with on my first solo record [Slash] back in 2010, Rocco DeLuca. He sang on a song called, ‘Saint is a Sinner Too.’ He was phenomenal and he’s definitely somebody who’s not on everybody’s radar.

“When I met him, he was out doing a solo acoustic kind of thing in all sorts of dive bars around the country. I think he had a percussionist with him. I went and saw him a couple of times in, like, real old-school, maybe 75-person capacity bars. And he would do these sort of almost beatnik-type sets. It was really cool. He might still be out there doing something similar to that, but I’m not totally sure. I still hear from him once in a while though. But he was great when we worked together—really down to earth and just super, super talented and unique. Starting out in 1996 with Mclusky to his work with Future Of The Left and then presently to Christian Fitness–with songs like “Lightsaber Cocksucking Blues,” “Beneath The Waves An Ocean” and “Your Favourite Band Wants You Dead”– Andrew Falkous has never lost an ounce of his uniquely acerbic wit or a volt from the manic current of energy that powers his music. Almost like the Fall, almost like Shellac, but completely like nothing else at all. Both recorded and live, his bands always take you on a ride and leave you feeling challenged and expanded. No one makes being fucking pissed off sound so smart. If there was an originator to the sound that the band Idles have become popular for then Andrew Falkous is that originator.” Daddy-O has recorded six albums in the past four years on his Odad Truth Label, a subsidiary of my Spitslam Record Label group. The co-founder of legendary hip-hop group Stetsasonic, Daddy-O and I started out together, touring in 1987. Everything I’ve done in my career, Daddy-O has equally done, if not better. He is the flawless epitome of the 55+ vet MC and his latest works and output rival any era and anybody, mic for mic. Truly a genius paving the path for many to follow, @ProfessorDaddyO is a Hip Hop God.” Chris Whitley was one of the most-overlooked artists of the ‘90s. He made one of the best albums, Big Sky Country. You could listen to that entire record front to back and enjoy every song you heard. Columbia dropped the ball on this one. Chris died in 2005, but we have this wonderful album to remember him by. 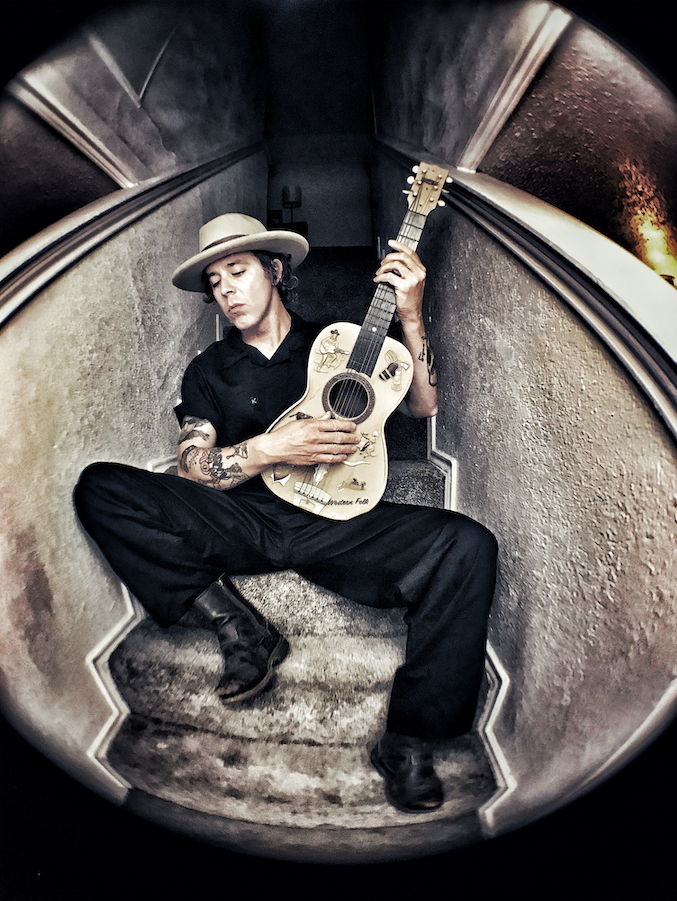 It’s a combination of his work ethic, his high standards, and his enthusiasm. Not to mention his imagination. When writing about a divorce and looking for a metaphor, who comes up with Jesus and John Lennon?

One of my favorite lesser-known bands is Mouth Music. They are from Scotland. Their album Mo di was the first one I heard and I loved how different it was; using great vocals, percussion and programming to make a sound that’s completely original. GREAT for movement! It’s as good to dance to as it is to listen to. You might think this music is from Africa until you hear some of the lyrics in Gaelic… A VERY unusual mix and completely original.

Their follow up album, Shorelife, is just as imaginative, but a touch softer. It uses all those gorgeous vocals and programming ideas to create an album that’s completely out of the box.

Mouth Music is not Rock as we know it in the U.S., nor is it pop, hip-hop, rap or any other commercial designation. It’s got its own identity and is a total breath of fresh air! 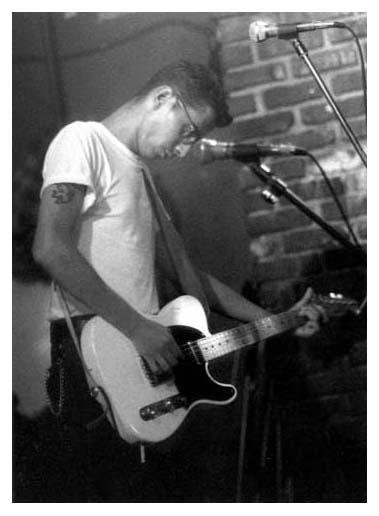 His lyrics are intense and thoughtful — not your typical topics. He’s one of the most stylish humans around Seattle: quiet and funny. He got me into ELO. I looked up to him. He was a bit older and cool, you know? And he actually became a friend. This is some of my favorite stuff of this era. My daughter, Audrey, actually turned me on to Justin Taylor Phillips, and I’ve been a fan ever since. I love the vibe, music, and the drum arrangements are next level! 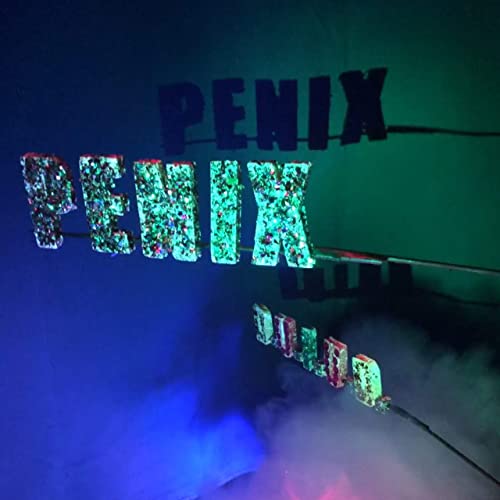 I have no idea who these people are but their record D.U.I.U.D. (2020) is genius and hilarious at the same time. It explores many musical genres and I highly recommend the song “Smooth Glovin.’” It has to be Reigning Sound. To me, it’s like a grab bag of pretty much every good style of classic American music from the 1950s to the 1970s. Dax Riggs is the last man alive that can sing about Satan and sorcerers convincingly.

They were like the actual punk rock version of the Police with lyrics that Nick Cave or Shane McGowan might’ve been proud to have written.

Wayne Coyne (The Flaming Lips) on the Hostages

A group we saw in Oklahoma City in 1981. The lead singer is a lesbian and she wears an all-black beekeepers suit and sings through a distortion box. The bass player and drummer are gay brothers. And the bass player plays distortion bass and the drummer doesn’t know how to play drums, but he’s the drummer. And we would play shows with them and we would just simply play shows with them to watch them play. You know, it was insane. 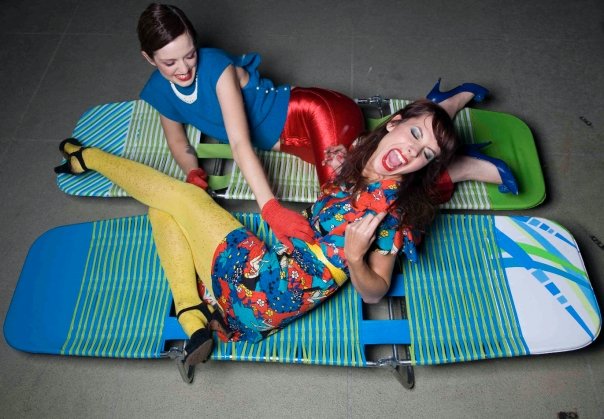 Electrocute was a duo lead by Nicole Morier that I love because of their bubble gum sarcastic swagger, and their lo-fi rock electro vibe that fused the Cramps and Suicide attitude.

The Avalanches on DJ Soju Gang 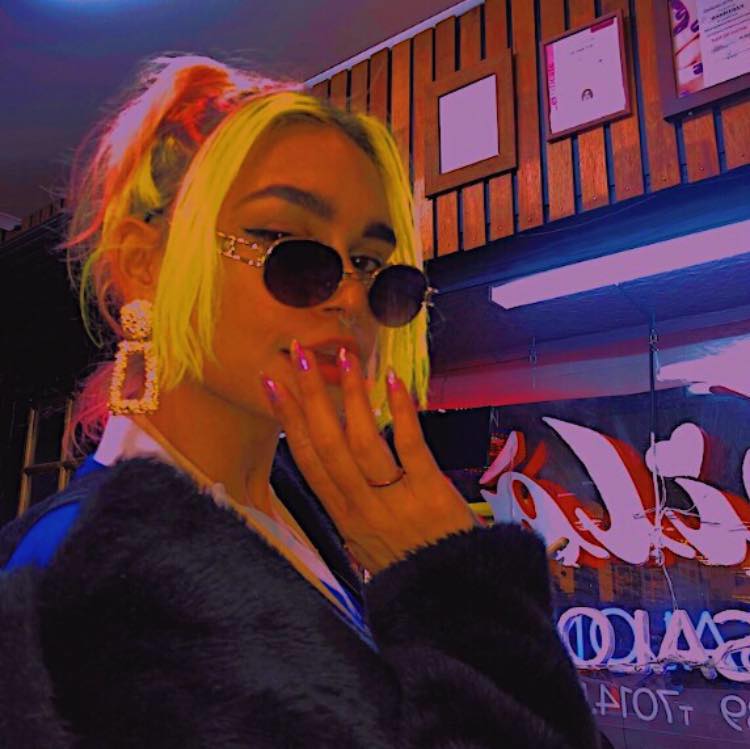 Soju gang’s sets are sure to get you off your ass and on the floor. The best party DJ going around Melbourne town with sublime skills on the decks. Check her out on Soundcloud. Trash Kit are a UK punk feminist trio of guitarist/vocalist Rachel Aggs, bassist Gil Partington and drummer/vocalist Rachel Horwood – they’ve been together since 2008 and each musician plays with a host of other bands. With a rousing, stomping hi-life guitar shred dancing to tribal conscious rhythms and lyrics embracing themes of true queer and mixed-race realities they continually raise the roof with joy and intellect.

Jeremiah Fraites from The Lumineers on Andrea Laszlo De Simone-Conchiglie

I hear all too often that people are tired of new music and they wish something new would come along to inspire, which this artist does to me every time I listen to him: think Italian Sufjan Stevens meets Dr. Dog meets himself. Most stellar voice, tender and strong in equal measure with a range nothing short of miraculous. Incredible writer of songs, the type of which used to get written and go on to become classics. Exquisite live performer in the way you forget completely where you are and what’s happening in your life. When I think of up and comers who are raising the bar and don’t sound like anything else out there, it’s gotta be Reverie Lane and Layla Tucker. My daughter Presley and Spencer Bartoletti’s vocals soar together in Reverie Lane and Layla just signed a record deal with Fantasy Records. Both of my daughters are vocal stylists and they’re equally talented songwriters! 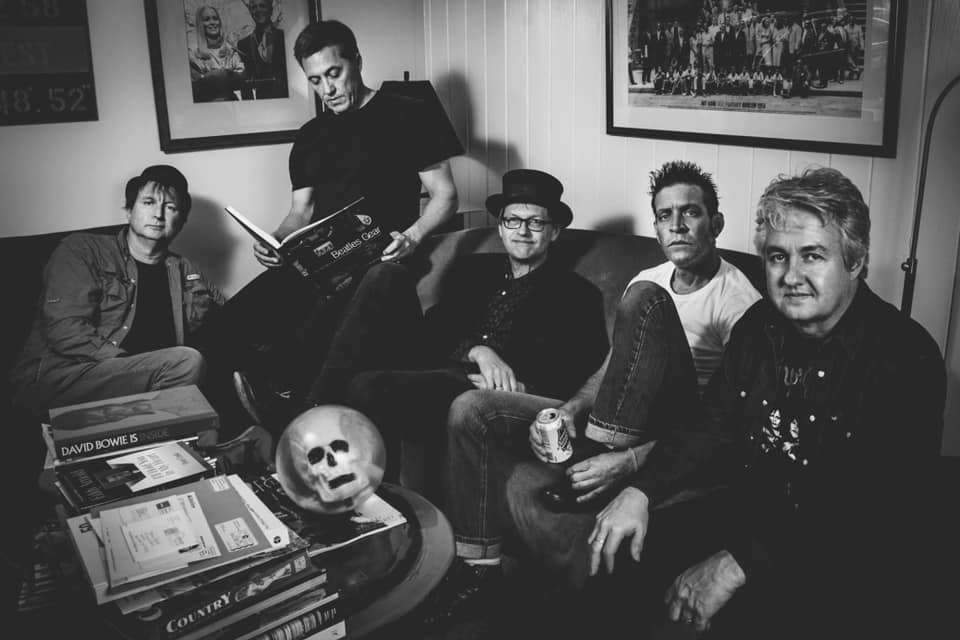 They blasted out of Bowling Green, Kentucky in the mid-’80s, careening wildly from gig to gig with enough energy to power a small city. For the uninitiated, just imagine a four-piece buzzsaw that was equal parts Jason and The Scorchers, early R.E.M., and Bill Hicks.

Dan Wilson of Semisonic on The Tropicals

This alternative guitar-pop duo taught me so much about songwriting, and their best songs — “I Bicycle Miles,” “It’s Mr. Time,” “We’re The Tropicals,” “Wild Life” — still break my heart and blow my mind today.

RZA of Wu-Tang Clan on The Reverend Willy Burke 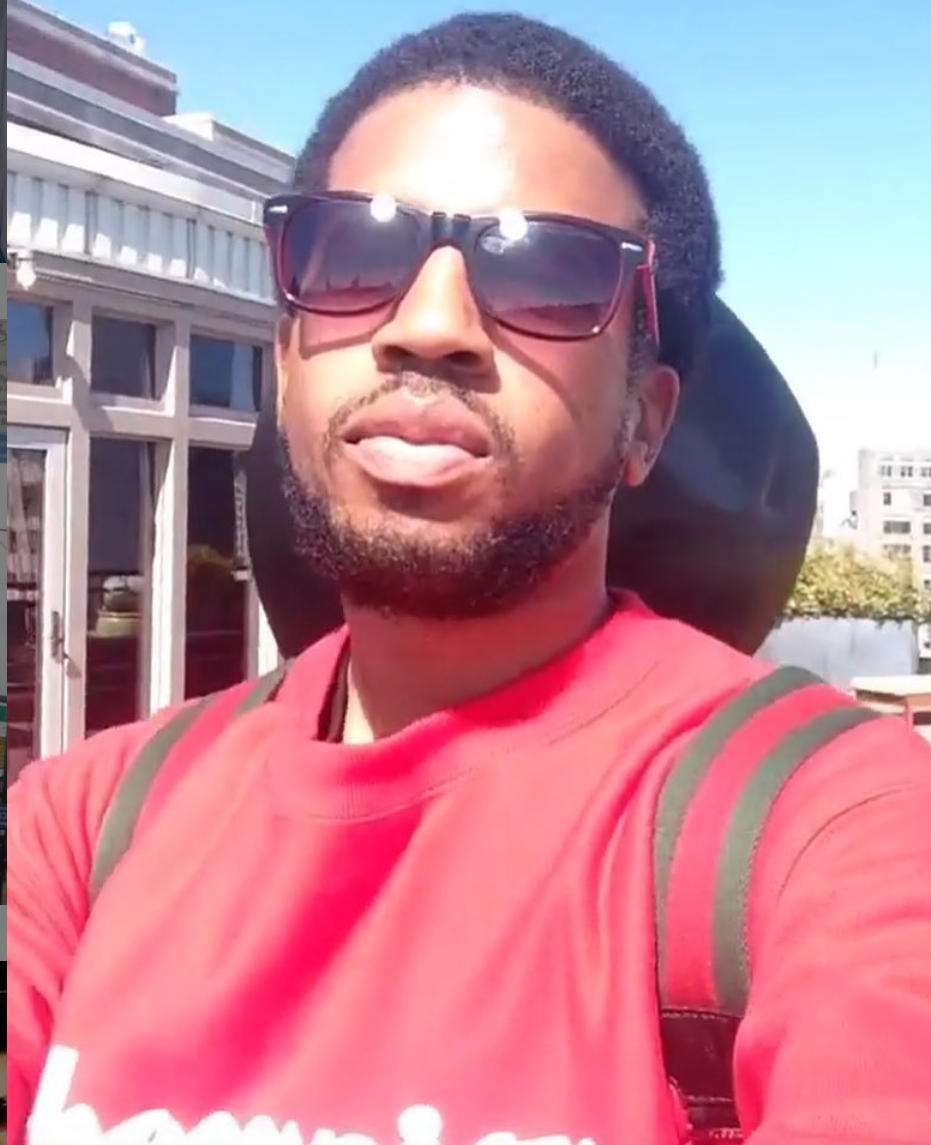 He’s one of the few MCs that could have bridged the gap between classic hip hop and modern trap hop.

Donita Sparks of L7 on FuckEmos 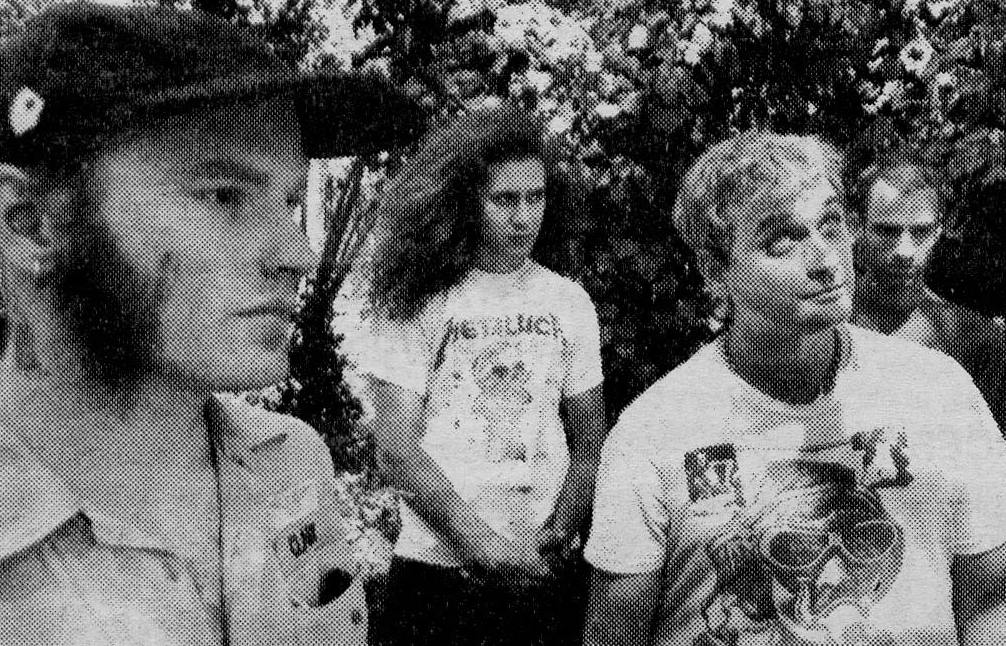 They were one of Austin’s finest with heavy, hooky riffs, absurdist-demented lyrics, and highly original lead vocals.

Blag Dahlia from The Dwarves on BIRDCLOUD A couple of years ago we played with an acoustic duo from Nashville called BIRDCLOUD. This band is hilarious, very politically incorrect and a pleasure to ogle as they openly mock their audience and everything else. Viva Jasmin and Mackenzie! Highly recommended! Krystle Warren’s voice and performance style seared an indelible mark on me years ago when she joined Martha and I on tributes to our mom Kate McGarrigle in both London and New York. Her haunting interpretations, vocal timbre and singular look completely devastated all present, and soon after I had the honor of taking her out on the road with me. Be it covers, her own material or harmonizing with others, she is a true musician and should be considered an international treasure.

Sheila E on Ace of Cups Rock and Roll is for everyone. Ace of Cups are awesome musicians, and it just so happens, the gift is that they’re women.

Slug from Atmosphere on Sa-Roc Sa-Roc is everything I want from a lyricist in 2020. The chemistry between Blimes & Gab is a punch to the face pick-me-up, that punches me again, picks me up again, repeat. Joel Crouse has a sense of melody like no one I have been around. I think that comes from having such a unique voice, it’s so original. He’s had to come up with things that were different because he sounds different. John K Samson first came into my world as the bass player in Winnipeg’s ferocious Propagandhi, the one who wrote the weird gentle and introspective songs. A few years later he quit to form the Weakerthans, a poetic country indie band, and most of the punk world was just confused. I fell in love though, and over the years, through that band and his solo work, he’s consistently been my favorite songwriter, and a friend to boot. His poetry and delicacy are unmatched, and it constantly blows my mind that he isn’t as well known as Leonard Cohen.

Jason Lytle of Grandaddy on Malojian Malojian from Northern Ireland grew up scrappy like me and now makes weird and pretty music like I do…so I very highly recommend his new album Humm.

Alice Cooper on The Electric Six A band from the ‘90s from Detroit. You have to see the videos to believe it. When it comes to overall raw talent, no one has this woman beat. Voice, guitar, keys, songwriter. She does everything and blows it away. 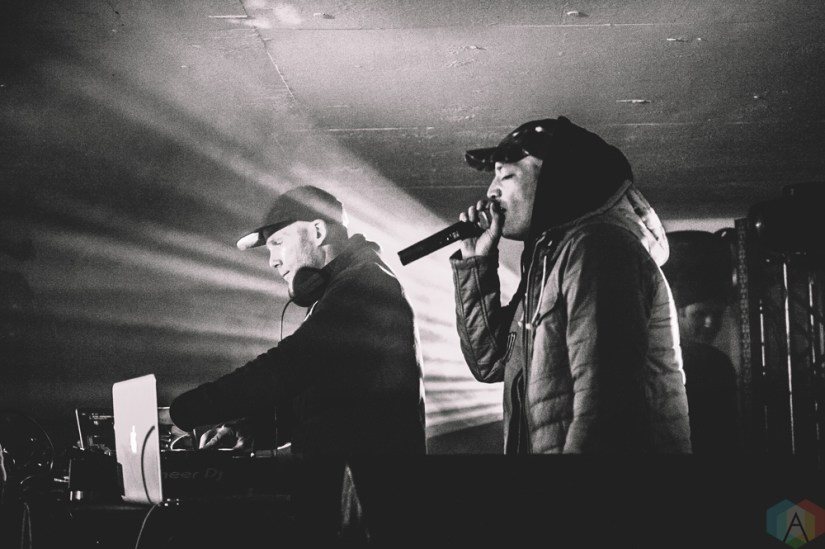 They take a dance groove and kill it, in a good way. Tamino is an artist who is not known as much as he should be or rather, as much as he will be. He’s our new Jeff Buckley so it won’t be long. He was the last show I saw before quarantine and I consider myself lucky to have seen him in such a small place.

Zach Carothers of Portugal. The Man on The Dig

We’ve toured with The Dig several times. Their talent and knowledge as musicians is unbelievable. They are the best dudes and their songs are so good. The band is impeccable.