Modonna Harris is the first woman whose story is told in $2.00 A Day: Living On Almost Nothing In America. She grew up with two working parents in a lower middle class background, made good grades and attended college. Student loan debt forced Harris to drop out of an expensive liberal arts college two years into her program. A few years later, divorced from an emotionally abusive compulsive liar, Harris was fired from a music store when $10 went missing from her cash register. The money was found a week later, but Harris wasn’t offered an apology or her job back. Instead, she is homeless and jobless and responsible for somehow feeding her daughter, which brings her to a welfare line in Chicago at 7:30 in the morning. The book's authors--Kathryn J. Edin, and H. Luke Shaefer--write: “When asked why she hasn’t applied for welfare, Modonna shrugs. Actually, it hasn’t even occurred to her. She explains, 'I’ve been through this before, and I’ve been turned down...They did send me a letter. But they just say, ‘you’re not eligible,’ they don’t explain why.' How could she not be eligible, she wondered, without even one cent in cash income and a child to provide for?”

While 47 million people in the country are living in poverty according to a study done by the Brookings Institute earlier this year, the welfare of poor and working class American has been largely absent from the dialogue surrounding this election cycle. Neither major party presidential candidate has outlined a significant plan for supporting those with the least economic stability. This isn’t new-- historically the U.S.A.’s policies pertaining to those who live in poverty have been criticized for justifiably suspect--i.e. racist--reasons. As voters we should all question why in 2011 it was estimated that one and a half million households subsisted on cash incomes of two dollars a day, and why programs to support these families have been consistently outlined to neglect non-white families in our nation’s history.

Understanding our broken welfare system means seeing its white supremacist roots. The welfare system was first created in 1935, during the Great Depression and as part of President Franklin D. Roosevelt’s New Deal, but only single white mothers were eligible for benefits. The United States government saw no reason for white mothers to join the labor force, but expected the labor of all black women. This sense of entitlement--that black mothers were expected, if not forced to work--meant they were not legally eligible for government assistance.

Black mothers were not offered government assistance for another 30 years. It was the National Welfare Rights Organization that finally agitated lawmakers into reforming welfare regulations to finally extend to non white single mothers, and by 1967 a welfare caseload that had been 14 percent non-white was now 46 percent non-white. Once it benefitted more than a small and privileged class, criticisms of the welfare system became increasingly racist, sexist, and unfounded. Such complaints pressured lawmakers to make significant change for decades. In "Welfare and the Problem of Black Citizenship", Dorothy Roberts explains, “As AFDC [Aid to Families with Dependent Children] became increasingly associated with Black mothers already stereotyped as lazy, irresponsible, and overly fertile, it became increasingly burdened with behavior modification, work requirements, and reduced effective benefit levels.” Essentially, as the system became less white, more barriers to entry were erected. In 1976 a Republican governor from California vying for the Presidency capitalized on white fear and racism by using this shifting statistic to frame the welfare system as broken. Ronald Reagan also claimed that he was just the man to fix it. His popular campaign speech that season conjured the now-infamous "welfare queen" into public imagination. Every night on the campaign trail for Republican nomination (which he eventually lost to Gerald Ford), Reagan told voters he knew of a Chicago woman who “used 80 names, 30 addresses, 15 telephone numbers to collect food stamps, Social Security, veterans benefits for four nonexistent, deceased veteran husbands, as well as welfare. Her tax-free cash income alone has been running $150,000 a year.” As Edin and Shaefer explain in their book, the image of Reagan's "welfare queen" caught on fast and became a casual American reference point. "She was black, decked out in furs, and driving her Cadillac to the welfare office to pick up her check," they write. "None of these stereotypes even came close to reflecting reality, particularly in regard to race."

These tropes weren’t even indicative of typical welfare recipients at all. Reagan himself did not coin the term "welfare queen,” it was first used in print by George Bliss at the Chicago Tribune. Bliss was covering the story of the woman Reagan constantly referenced on his campaign trail (though never by name), a fascinating criminal known as Linda Taylor. The problem with this political anecdote, however, was that the infamous ‘Welfare Queen’ herself was an alleged kidnapper and murderer—not at all a typical working mother receiving assistance. Taylor did in fact scam the welfare system, but she also conned unsuspecting Marines into marrying her under made up names, possibly stole a baby from a hospital in a fake nurse uniform, and likely poisoned a woman whose house she’d moved into as a nanny. This investigative study of Linda Taylor’s life reveals she was so atypically criminal and conniving, even her children aren’t entirely sure of their mother’s background. But the image of a pink Cadillac-driving welfare queen was repeatedly conjured on many a campaign trail before and since, and by the time Ronald Reagan was finally elected in 1981, this imaginary army of leeching, scamming women as an epidemic social problem was burned into public imagination.

The AFDC was finally replaced with Bill Clinton’s Temporary Assistance For Needy Families (TANF) in 1996. Though race-related exclusions were not explicitly penned into law, TANF featured much stricter eligibility requirements for families to receive assistance. Recipients were eligible for only a few years of assistance in an effort to discourage a comfortable dependency, though it is not likely anyone who has ever lived on welfare would call it financially comfortable. Through TANF, Modonna Harris was offered $367 a month from the government, all of it through a food stamps program.

The law also redirected federal funding through state programs, rather than going directly to eligible families. This means state-specific programming, funded through the federal government, determines who receives assistance and who does not. TANF was highly contested even within the Clinton administration. Bill Clinton campaigned on ending a shoddy welfare system and his staff, along with a bipartisan team of congressional representatives, worked on the proposal for the program for years. After TANF was passed, two Clinton aides in the Department of Health and Services resigned in protest, perhaps in part because it was heavily authored by Republican legislators and their shrinking-the-welfare-state agenda.

A 2012 study from the Center on Budget and Policy Priorities found that many states use TANF funds to support other programs that have nothing to do with child welfare or support for poor families. Some funding was channeled towards welfare-to-work programs in TANF’s early years but, over time, states redirected a substantial portion of their TANF finds to other purposes, with some funds being used to substitute for (or “supplant”) existing state spending and thereby help plug holes in state budgets or free up funds for purposes unrelated to low-income families or children.” 2007’s economic recession found many states unable to assist a growing number of families living in poverty.

While the Clinton vs. Sanders Democratic primary featured many conversations spearheaded by the Vermont senator about poverty and welfare reform in the USA, public dialogue between Clinton and Trump is troublingly bereft of policy plans. Hillary Clinton was instrumental in Bill Clinton’s TANF legislation passing in the House, but is typically quiet and brief in response to recent questions on the campaign trail. Clinton’s "Poverty" section on her campaign website is accessible if you scroll down the "Issues" page far enough. It features plans to raise minimum wage, eliminate "tipped minimum wage," and pledges to invest in childhood education, social security, and make health care more affordable for working class families. Clinton plans to "model her anti-poverty strategy on Congressman Jim Clyburn’s 10-20-30 plan, in which 10 percent of federal resources are committed to communities where at least 20 percent of the population has been living below the poverty line for 30 years or more." Trump’s campaign website recognizes the incredible expenses of child-rearing, healthcare, and current immigration policies on American families, but does not have a specified section on plans to address national poverty or welfare reform at all.

Modonna Harris is not really an unusual single mother in the USA. A staggering 4.2 million single mothers (and 404,000 single fathers) lived below the poverty line in 2015. It’s important that Americans voting in this election keep Trump out of office and swiftly end his free public platform to hate-monger, and that our future president prioritize a national discussion around the same marginalized families whose liberties are at bay. The United States needs legislation free of racist regulations that will financially provide what the deeply flawed and negligent history of our nation has not.

Katie Alice Greer is a member of Priests, a punk band based in Washington D.C. Their debut album, Nothing Feels Natural, will be released in January 2017. 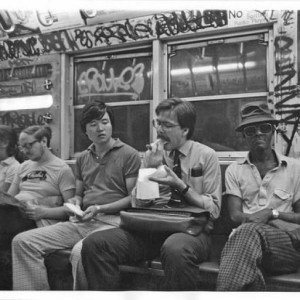 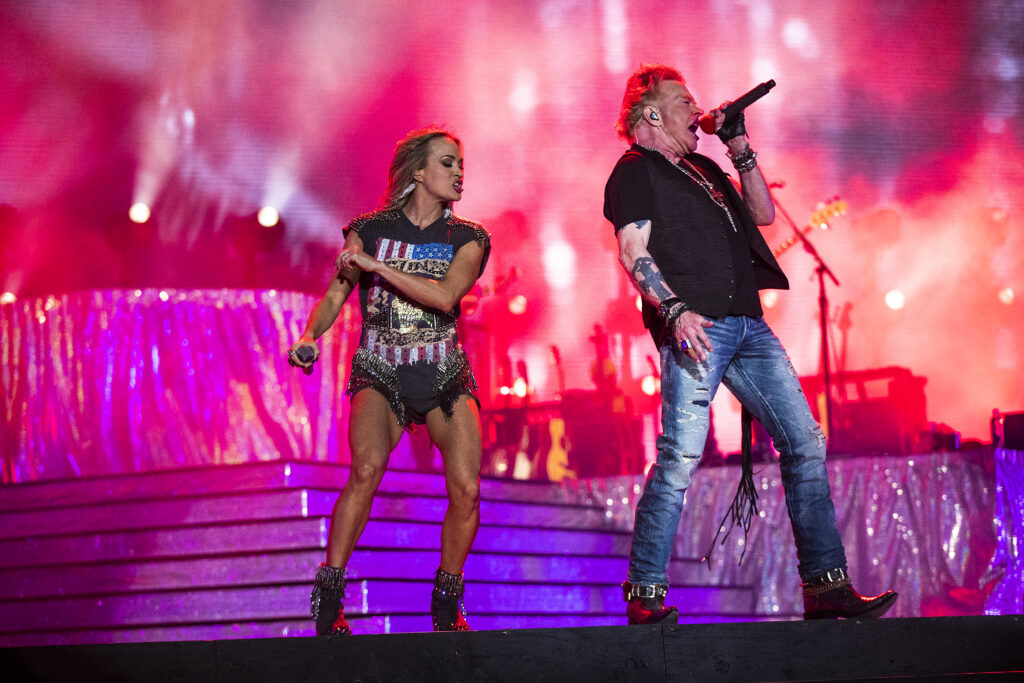 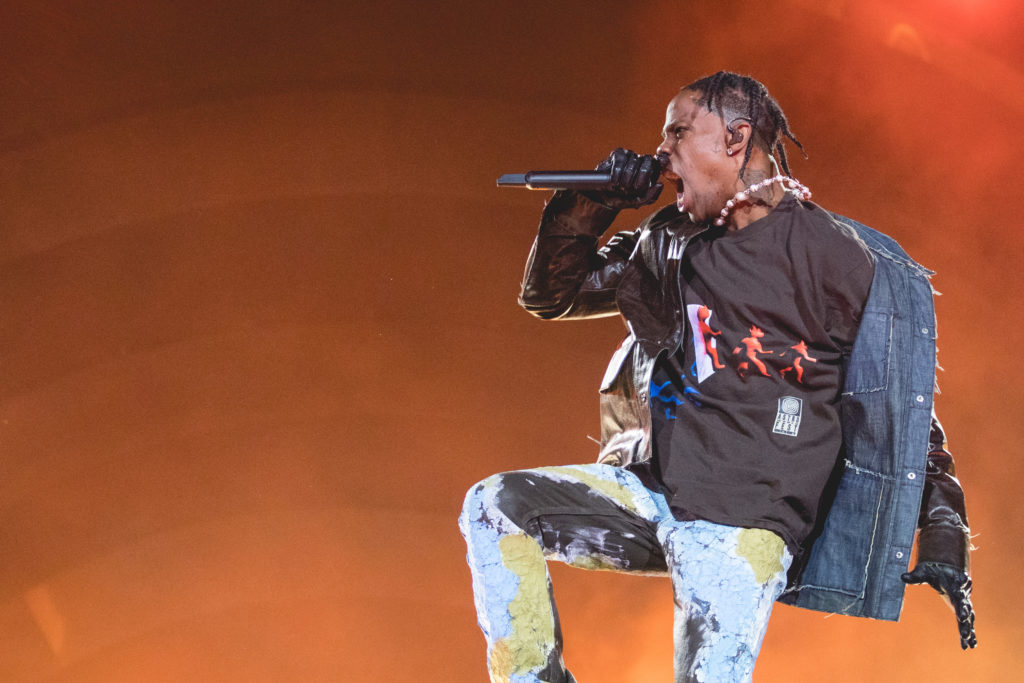 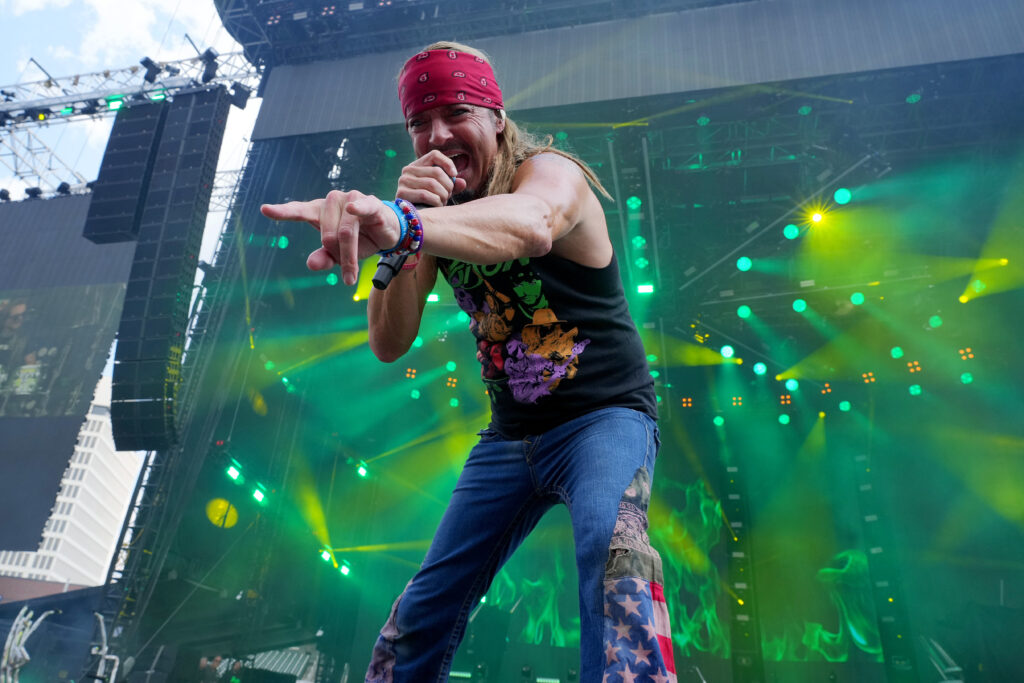