Once Duo Glen Hansard and Marketa Irglova Returning to the Road

Once clearly wasn’t enough for the return to the live stage of Glen Hansard and Marketa Irglova. Following a short run of 2022 performances, their first in nearly 11 years, the musical duo behind the Oscar-winning film and Tony-winning Broadway smash Once has announced a more extensive summer tour in bigger venues. The outing kicks off Aug. 8 at Nashville’s Ryman Auditorium and wraps Aug. 27 at the Orpheum in Los Angeles (click here for ticket information).

Hansard tells SPIN that the previous tour could have gone on longer but that he prioritized being at home with his pregnant partner Maire Saaritsa, who gave birth to the couple’s son Christy in October. “I wouldn’t change it for the world,” he says of the abbreviated outing. “Marketa and I hadn’t played together for so long before that, and we just enjoyed it so much. Season is the right word. It seems like a good season to give it another go and put the old songs back up on the stage. Singing with her is kind of incomparable. There’s a musicality and a shorthand there that I can’t say I have with anyone else.”

Hansard admits it is “absolutely incredible” that the music from Once and the duo’s work as the Swell Season continues to resonate so strongly with audiences. “There was such a lovely demand on the last tour, which was really surprising and very heartwarming,” he says. “To see these bigger rooms get booked, it was like, wow, okay! Far out! Our spirits will rise to the challenge. It’s a great thing.”

Prior to the 2022 shows, “we had one day of rehearsal in Chicago before we started, but a lot more of the more important side of what Mar and I do is in the moment,” Hansard says. “Marketa’s incredible gift is that she has an absolute natural ability to shadow me. She can follow me so much better than I can follow her. There’s almost an instinctual thing. I sing songs more or less the same way, but there could be a different rhythm in the line. Marketa is incredible at listening to me sing and instinctively landing exactly where I would land. When it comes to her songs, I do need to rehearse them more, because her turn of phrase is so different from mine. She seems to understand mine and hers, but I really only understand mine. For that reason, I need to rehearse to learn her songs. But when it comes to me singing, there’s nobody I’d go onstage with quicker without rehearsing than her.” 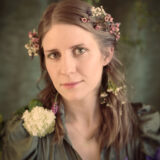 The upcoming shows will likely feature a string section plus a couple of other musicians to allow Hansard and Irglova “to have the breadth of musicianship to take it in every direction we want. We also don’t want to make this just a nostalgia trip. There will be a lot of nostalgia in it, but let’s sing our new music. Let’s hear where we’re both at. We’ve already written a couple of songs we could do together that would be new. It’s important that the thing keeps on living and evolving, rather than it just being about one moment in our past.”

To that end, Hansard is nearly finished with his next solo album, which he hopes will be released in October. “Records are funny things. They do just show themselves to you at some point,” says Hansard, who worked on the material with longtime producer David Odlum. “When Maire was pregnant, I had some songs, and I’d gone and done a couple of sessions. But once Christy came, I just knew I needed to get that record done so I could clear space for the songs I’d write in this new place that I’m in, which is being a dad. But I’m really happy with how it’s gone.”

To help get new songs such as “St John,” “All Rise,” and “Down on Our Knees” into shape, Hansard played impromptu gigs to a couple dozen people in the corner of his local Dublin bar the Strawberry Hall on five consecutive Tuesdays in November.

“We didn’t tell anyone about it, but by the end of it, the word had spread,” he says. “It really, really helped me put the new songs into focus. The only thing I asked the audience was, don’t post any of this. And they didn’t, thankfully. What you had each week was about 30 people sitting there listening to us basically doing a live rehearsal. It created this atmosphere where the songs were able to come alive. Even though we weren’t performing to an expectant audience, or even our audience, we were still performing. I was even letting myself play tiny fragments. I’d play one verse and maybe a bit of a chorus, and then stop and go into the next thing. A song will form itself based on the fact that you just took a risk and played it. You know when you say to someone, play us a new idea? People usually play a full song. I challenged myself to play the two lines I had and just stop, or keep going and see what other two lines happen, you know?”

If all goes to plan, Hansard will be able to rejoin his bandmates in Eddie Vedder’s Earthlings project in September at the Pearl Jam frontman’s annual Ohana festival in Dana Point, Calif., after skipping the 2022 edition ahead of his son’s birth.

“It killed me to not do that tour, but Eddie was the guy, of all the people, going, no, no, no. You’re in exactly the right place. You can’t come. I’m not letting you come!” Hansard says of longtime friend Vedder. “He’s been so dear with Christy. We’ve gotten so many lovely gifts, including a thousand Pearl Jam baby clothes. We keep getting these boxes from Seattle with updated sizes.”

As for Irglova, she is back today with a new single, “Happy,” which she says is about “being present and feeling joyful without forming an attachment to how long the feeling may last. It is about a connection with others, without needing to analyze or name it, hoping only that the joy can be shared. It is about celebrating that joy and that connection — the here and now — with song and dance, being together, and feeling elevated.”

Irglova is planning to release a new album this year as well as compete on behalf of the Czech Republic in the upcoming Eurovision Song Contest on Jan. 30. “She’s always loved that Eurovision world or the stage musical world,” Hansard says proudly. “In a way, all the things that happened with Once going onstage was really answering a deep wish of hers. She’s manifested all of that stuff, so, good on her. She’s made for that. She loves it. There’s someone who follows their heart. Things just seem to happen for her in that way when she puts her mind to it.”