To be a rap fan in 2022 is to experience cyclical and compounding grief, to have most excitement checked by the fear of another untimely eulogy. This is another way of saying that rappers are dying from gun violence at an alarming rate. The recent killings of Takeoff and PnB Rock follow a harrowing trend: any degree of fame and perceived wealth appears increasingly fatal. One can only imagine the psychic toll each death has on rappers, those carrying the pain of watching another peer mowed down along with the dread that they might be next.

Mac J knows this distressing combination of sorrow and fear too well. The 30-year-old Sacramento, Calif. rapper lost two of his closest friends, Bris and Young Slo-Be, to gun violence in the last two years. Stylistic innovators half-whispering vivid and figuratively rich street narratives, Bris and Slo-Be were the biggest rappers in Sacramento (Bris) and Stockton (Slo-Be). Bris was also more than a friend and collaborator — he was family.

“I went from seeing [Bris] every day to no days at all,” Mac says of his relationship with his second cousin while speaking via phone from Sacramento. “That shit fucked a nigga up.” 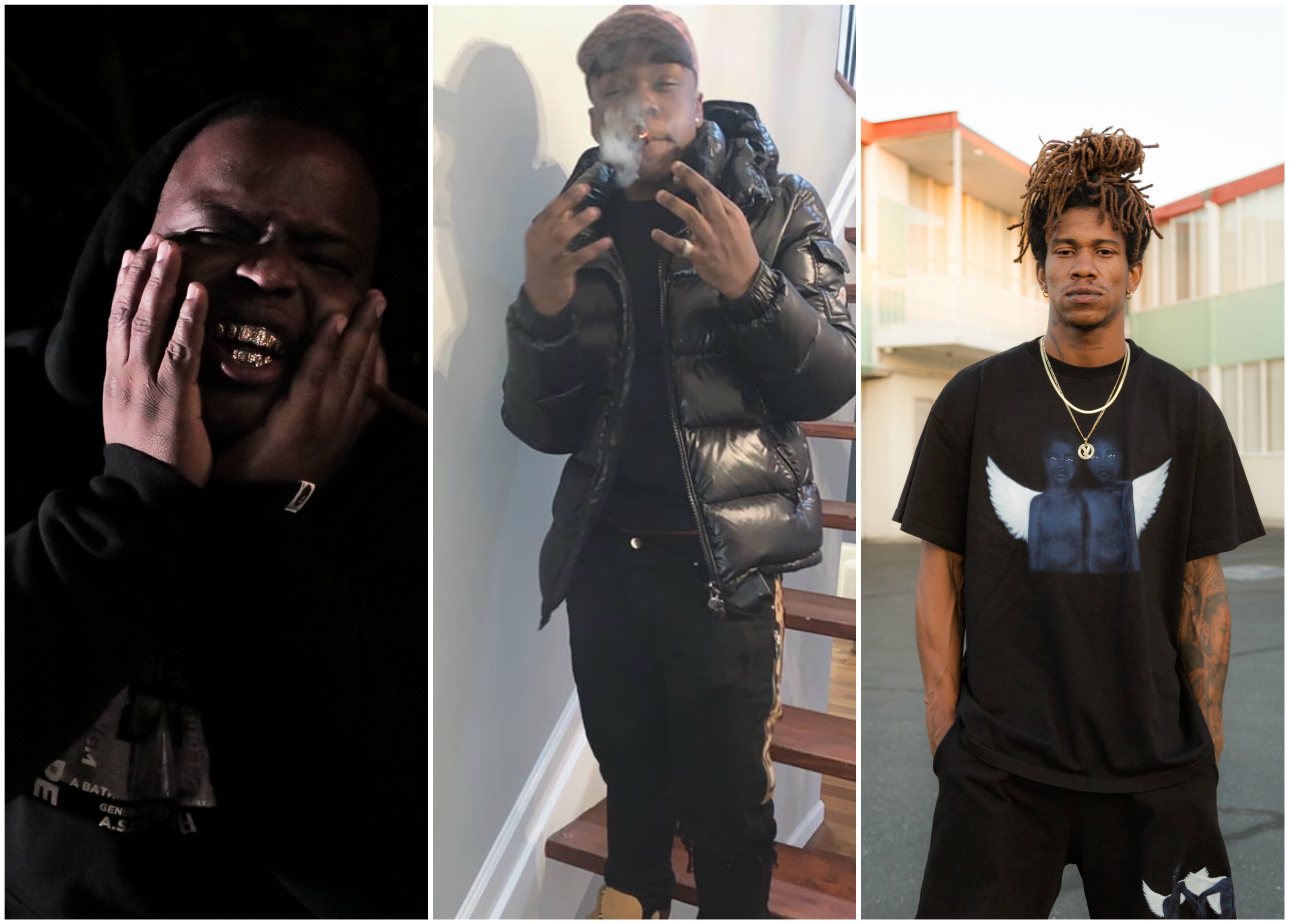 Wracked with grief since Bris’s death, Mac has had to process it with daily reminders. He runs Bris’s YouTube, Spotify, and Instagram accounts, ensuring Bris’s family receives royalties as he’s inundated with “RIP Bris” messages on Instagram.

While managing his cousin’s legacy, Mac has quietly become one of Sacramento’s most formidable rappers. He packs verses with clever wordplay and wry humor that belie the violence in his city and the continual danger for a rapper of his stature. Bris and Slo-Be rapped in numbed half-whispers, but Mac opts for more emotion, inflection, and playfulness. There are flattering hints of Mac Dre in his delivery, but Mac J’s music is sonically aligned with contemporary Bay and Central Valley street rap, the alternately squelchy rubbery bass undergirding spare yet crashing percussion. The music videos for his steady stream of singles, which he releases on Bris’s channel, rack up hundreds of thousands of views, and each of the four projects available on streaming services improves on its predecessor.

“If I had something else going on, I would’ve been gave rap up,” he explains, revealing that he never invites people to his home and rarely goes out in public. “But I feel like [Bris] would want me to keep going. It’s getting easier now. I’m trying to keep my head clear. But then the Slo-be shit happened, and it was like a relapse.”

The cover art for Mac J’s latest project, True Story, visually renders the bleakness of his world. In an otherwise all-black image, Mac J stands bisecting a heart made of pictures of Bris and Slo-Be. It’s not subtle, but neither is bereavement. True Story finds Mac grieving, hustling, and eulogizing his friends without sacrificing his predilection for metaphors, similes, and puns (on “Kona” he raps, “This shit hella tragic / I watched friends disappear, and it was never magic”). Emotionally raw yet formally composed, True Story is Mac’s best project and most personal, a diary interrupted by notes to the departed. 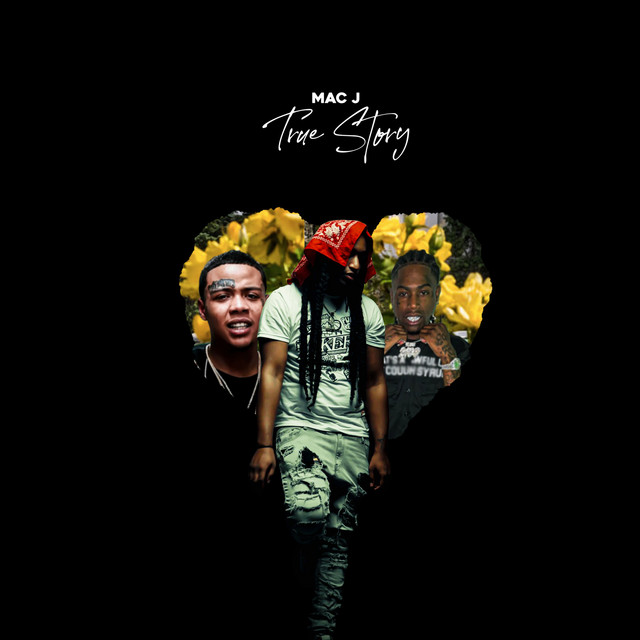 “I feel like I should talk about my life more,” Mac says. “I really got a whole story, and it’s hella deep. There’s so much I haven’t talked about. That’s just how I was raised. Now, this music is therapy. I need to get certain shit off.”

Born James Brown — yes, he’s heard all the jokes — Mac was raised in several North Sacramento neighborhoods with his four siblings. They shared a bedroom and one bed, taking turns sleeping on the floor. Their parents juggled minimum wage jobs and independent grinds, Mac’s father often fixing and flipping rundown cars. As is the case in too many disenfranchised neighborhoods, violence waited just beyond the front door. In Mac’s case, he vividly recalls his father’s friend bleeding out on their front step from a gunshot wound.

Basketball and music afforded Mac an escape, but his hoop dreams faded after his AAU team disbanded. Years of listening to the Jacka, Messy Marv, and Lil Wayne eventually led Mac to record his first rap songs in a family member’s garage during high school. When he dropped out, however, hustling alongside Bris and other friends took precedence.

Mac and Bris spent years ducking cases and going to jail, but they always returned to rap. Bris initially required Mac’s encouragement, but soon the two were pushing one another. Sacramento never had a defined sonic or formal aesthetic, but the pair began to hone in on their punchline-driven sound around 2017’s “Mack Rounds.” By then, they’d become fixtures on YouTube channel Rap Shack.

“I feel like we brought [wordplay] back or kicked it off. I can’t remember nobody that was coming like that. Everybody doing ABC raps and shit like that,” Mac explains while discussing their sound. “We really brought the metaphors, shit that’s going over nigga’s heads.”

By 2019, Bris’s momentum was undeniable. According to Mac, singles like “Panhandling” and “Need Hammy” attracted attention from record labels like Alamo Records and 300 Entertainment. But that all ended when Bris was killed in June 2020. Mac paused his career and compiled Bris’s excellent posthumous album Tricky Dance Moves (2021). Sadly, several people tried to register Bris songs with ASCAP under the assumption that no one would notice.

“Immediately after Bris died and I was trying to put our album up, hella people was trying to claim shit. It seems like there’s a whole world of people waiting on up-and-coming rappers that aren’t signed to die so [they can profit off unclaimed royalties].”

Those incidences opened Mac’s eyes to the value of publishing your own music instead of relying on middleman services. Since then, he’s slowly made sure to register both Bris’s songs and his own with ASCAP. As he considers compiling a Bris documentary, Mac is recording a follow up to True Story. He’s also getting out of Sacramento as fast as he can.

“Hell yeah [I’m going to leave Sacramento]. I got to. I ain’t got no choice. I’m seeing how this shit go. Everybody dying in they city,” Mac says. “I can’t go nowhere. I can’t go out to eat out here. I ain’t trying to be on SayCheese laid out.”