Being Funny in a Foreign Language is the sound of the 1975 no longer selling their own myth. They sound relieved.

After a decade of being a self-referential, pop-tinged rock band – frontman Matty Healy’s famous lyric “a millennial that baby-boomers like” epitomizes why people still love and hate him – the British band made a straight-up pop record that will feel instantly familiar to fans of Jack Antonoff, their new collaborator on this project.

The latter’s co-production will not change your mind, whether you believe he brings a more adventurous side out of his collaborators (Taylor Swift, Lorde, Lana del Rey) or simply bends them to his will, insisting that the sound of music peaked with Springsteen’s Tunnel of Love. The main question going into this album: Is this a new 1975 album or a new Jack Antonoff album featuring the 1975? Often, it feels like the best case of the latter.

First, we have the typical table setting of “The 1975.” All their albums open with a song named after the band, acting as overture and moodboard. As this record’s vibe leans heavily into the fluttering saxophones of post-“Beth/Rest” Bon Iver, “The 1975” dutifully acts as a glitchy postmodern opener – in which Healy apologizes for being postmodern. He chops up the jittery piano of LCD Soundsystem’s “All My Friends,” a song that looked back on youth with envy, to look back on his youth with pity, using a checklist of scattered quips describing him, his fans, or the world they both inhabit. (He rhymes “Adderall” with “cynical,” “vitriol,” and “Aperol,” implying that they’re all equally passé.) 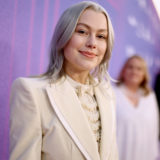 This is quite the about-face from 2020’s indulgent yet often rewarding Notes on a Conditional Form, which opened with Greta Thunberg pleading with young people to save the planet from the climate crisis. The singer who maybe once believed we could save the world by listening to the 1975 now just shrugs. “I’m sorry if you’re living and you’re 17,” he sings with no irony. This is the sound of a man in his 30s and out of love with the internet that made him famous. This is perhaps the symphonic sound of being tired.

It’s a standout opener. It also feels very 1975. Healy’s lyrics still read terribly on paper but make sense while singing (“I think I’ve got a boner, but I can’t really tell,” and “QAnon created a legitimate scene, but it was just some bloke in the Philippines.”) We also still have the lush musical flourishes that have been staples since their earliest EPs and the palette-cleansing instrumentals of every album. On Being Funny in a Foreign Language, the lyrics remain flippant. The instrumentals are gone. On the following 10 tracks, you can feel Antonoff taking over to guide the band’s more straightforward pop songs.

And what pop songs. The 1975’s catalog is full of yearning for a maximalist life from afar — to have your post-capitalist avocado and eat it too — so it’s a pleasant surprise that joyous singles “Happiness” and “I’m in Love With You” make you want to get up, dance, and actually live. At first, it’s hard to get past “Looking For Somebody To Love” and its LaCroixing of the Traveling Wilburys; after a few more listens, the ill will is gone, offset by some of the band’s most vivid melodies.

This is where Antonoff shines, as he tends to layer multiple voices upon his choruses, making them feel massive and festive like the band is already singing along with their fans. Antonoff also understands the underrated value of a strong bridge. All this works wonderfully throughout Being Funny in a Foreign Language. The 1975 sound shinier and bigger than ever — or at least bigger than Healy, whose bit-sized presence on his shortest album yet feels intentional.

Not everything works. “Oh Caroline” feels like One Direction wrote a sincere song about suicide – it’s a cringeworthy execution and a pale comparison to the 1975’s long-ago and somewhat subversive cover of an actual One Direction song. “Oh Caroline” also highlights Antonoff’s impulse to shamelessly mine the past sounds of pop’s greatest hits; around the two-and-a-half-minute mark, you might pause and check that you aren’t imagining the synths from Michael Jackson’s “Human Nature.” Overall, though, these lean and light songs could be the 1975’s easiest to enjoy at face value.

The lingering question, and maybe what keeps this album from being great, remains: Could any Antonoff collaborator write or perform these songs? “About You” is a good example. It’s a glowing whirlwind, maybe the heart of Being Funny in a Foreign Language. It sounds like it was made from the same pink sugar Kevin Shield used to craft Loveless, and there’s an assist from guest vocalist Carly Holt, the wife of 1975 guitarist Adam Hann. “Do you think I have forgotten about you?” is as simple and compelling of a Healy chorus as possible. It all works. Yet if you step back, you realize this is just a nosier take on Taylor Swift’s “Mirrorball,” also produced by Antonoff. The potency remains, but now it feels less like a musical achievement and more like a McRib — something mass-produced that you can still enjoy if you don’t think about it.

With Being Funny in a Foreign Language, the 1975 have moved on from their own myth. It was quite the myth. This is the first release after the end of Music for Cars, the band’s attempt at self-mythology by naming their recent era of music — mood music for a generation that grew up on indie-adjacent rock and emo and gets the Brian Eno reference — that earned them the critical praise missing from their initial commercial success. Much of this mythmaking came from Healy, who understands the value of a classic rock narrative and whose discipline and studio creativity could back it up. (The “millennial that baby boomers like” lyric is from 2018’s A Brief Inquiry Into Online Relationships, the moment when the band and zeitgeist fully connected; many reviews at the time sincerely praised it as Gen Z’s OK Computer.)

After the mixed reception of Notes on A Conditional Form and some public pushback from questionable Healy comments, the band retreated from the spotlight. Being Funny is that retreat. It’s the first 1975 album that feels out of place beyond some master plan from a band no longer wishing or capable of offering any grand generational statements — and that isn’t necessarily a bad thing. Being washed is not a death sentence. It’s the 2022 Antonoff playlist it was crafted to be. It’ll make a lot of people happy. It sounds like it made the band happy too.

On the album cover of Being Funny in a Foreign Language, Healy is gleefully standing upon the wreckage of a burned-up car. It could represent a few things: Healy’s love of the Internet, his 20s, irony itself, the state of the planet or the 1975 brand; or perhaps, in the on-the-nose interpretation, Music for Cars.

Whatever is gone, Healy looks pleased. 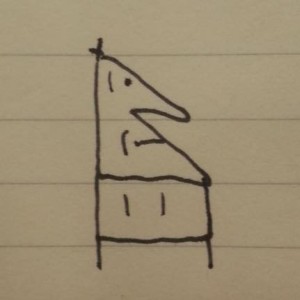