Home » Features » The Reissue Section: Blondie Rolls the Dice With Against the Odds

Few acts from the original punk era are more deserving of a comprehensive box set than Blondie.

And the hype is well-earned with Against The Odds 1974-1982, a historical juggernaut documenting the first eight years of CBGB’s most successful export. This 8-CD (or 10-LP) collection documents the band’s sonic evolution as it happened — how they molded a literal building block of New Wave by combining girl group melodies, disco riddims and power-pop crunch.

The pair of bonus discs bookending the box also contain revelatory moments, namely the embryonic versions of the band’s hit single “Heart of Glass” (one called “Once I Had a Love,” the other “The Disco Song”) on the eight-track Out in the Streets disc, along with guitarist Chris Stein‘s instrumental synth reworkings of “Heart of Glass,” “Call Me,” and “War Child” (off 1982’s seriously underrated The Hunter) on Home Tapes. Yet the box’s best moments appear in the bonus material tacked onto the group’s first six albums for Chrysalis Records.

Among the treasures amending the original albums include their 1977 cover of the Doors‘ “Moonlight Drive,” an alternate version of 1979’s “Die Young Stay Pretty” with Stein on vocals, the 10-minute disco mix of 1980’s “Rapture” (along with a pair of Giorgio Moroder demos) and the Fab 5 Freddy holiday collab “Yuletide Throwdown” found at the end of The Hunter.

The Reissue Section spoke with longtime Blondie manager Tommy Manzi, Numero Group co-owner Ken Shipley and the box set’s producer, Steve Rosenthal, about what makes Against The Odds “a throwback to a different era of record production.”

SPIN: How much input did the band have in the creation of Against The Odds?
Tommy Manzi: The band was involved in a lot of the broader strokes, like sitting in for interviews. They picked some of the photography and artwork. And they listened to the material that was up and available for streaming as we were compiling it. But a lot of the heavy lifting in terms of building this thing was the three of us with band input. And when I say band input, it was always important for us that all seven members were involved, which brought a certain level of gravitas to the project. And I can say, having dealt with all seven members during this six-year process, that they were all engaged and involved. But this was a big undertaking, and they are very proud of it. It was long overdue, and it was beyond their expectations.

Visually, the box set is stunning, with so much to read and look at…
Ken Shipley: This box is a throwback to a different era of record production. One of the cool things that happened going to Chris Stein’s house to go through his tapes was that he let me root around. So when we were going through his stuff, he had these lots of Blondie singles from around the world, and he was like, “Take ‘em!” There were Japanese ones next to Czech ones, and it expressed the way this band was such a global phenomenon in how they were represented in all those territories. I really wanted to be able to give that experience to the fan without having to go out and buy all those records.

I then became a Blondie-collecting lunatic and wound up buying hundreds of Blondie things from around the world. But we still had to go to fans to find things we didn’t have. So when we started working on this, my first step was to go on eBay and see what paper memorabilia was out there. I bought press kits, jukebox cards, posters, all those magazine covers in the book. That was all just me looking for what was out there, considering how the band was covered in so many ways. Debbie Harry has been photographed hundreds of times, and they were really everywhere. I wanted to give that sense of how massive his band is.

Did it take a lot of detective work for the music as well?
Manzi: The band went through a lot of labels, starting with Private Stock then Chrysalis then EMI then Universal, and there was a lot of detective work — especially from Steve — in finding this stuff. It was one thing with the archives that Chris Stein had, but it was a whole other adventure locating this stuff in the archives that UMe had in Los Angeles…

Steve Rosenthal: Yeah, that took years, and the music was stored in three separate places, so we had to organize the transfers and get them done in New York, L.A., and England.

Manzi: A lot of Blondie masters were in the U.K. But because the band had passed through so many hands, there was a lot of cleanup to be done.

Rosenthal: It has been a long road to get this to the public. So much of this box set was created during the pandemic. I can’t begin to tell you how many phone calls and Zoom calls the three of us had as producers that were incredibly challenging about whether this thing could happen or not. It was a really challenging time to try and make something this adventurous and this complete. So I want to go on the record and thank my producer partners Ken and Tommy. They really did an amazing job, and were like bulldogs and really saw this to fruition.

What do you think this box set says about the evolution of the Blondie sound?
Rosenthal: I think it’s fascinating to see how far they came. You can tell in the early days how enamored they were with the girl group sound, which is a really big part of what makes Blondie who they are. That’s why the early rehearsal tape from 1974 was such a big deal — to see how much they were into it back then as well. But I think one of the things that you see through the rarities is how they grew as artists and how adventurous they are. They are willing to experiment and willing to go and experience different kinds of music and different kinds of sounds. And I think going through the archive and digging up all this material really supports that notion.

Manzi: I think you’re totally right about that. They never recognized creative boundaries, and throughout their history crossed in and out of genres, and you can hear it happening on this box set. You can hear the early stages of that, which continue to this day as they are currently making their 12th album right now, and they are still jumping all over the place in respect to different genres on the same album.

Shipley: I really like how they were a cover band to start, so they got a lot of their chops playing the bar scene even before CBGB. Mastering those hits of the day influenced them on how to write a pop song — it’s like that DNA gets ingrained in the process of covering a pop song. You can hear it in that early ‘74 version of “The Disco Song,” and you can hear where it was going and how it started as a reggae song. You would’ve never thought from the first two albums that they could’ve had a reggae era, yet lo and behold it’s right there in front of you.

And then it shows up again in “The Tide Is High,” right? They learned these things because they were listening to pop records. If you think of “Denis,” they heard that track because it was on some kinda K-Tel compilation. The fact they were just hunting down these songs to listen to even before they could translate them in an arena sense, they already had the chops. That and Chris Stein’s love of a great pop song.

Punk rock also leads the crop of this fall’s best reissues. Dig if you will. 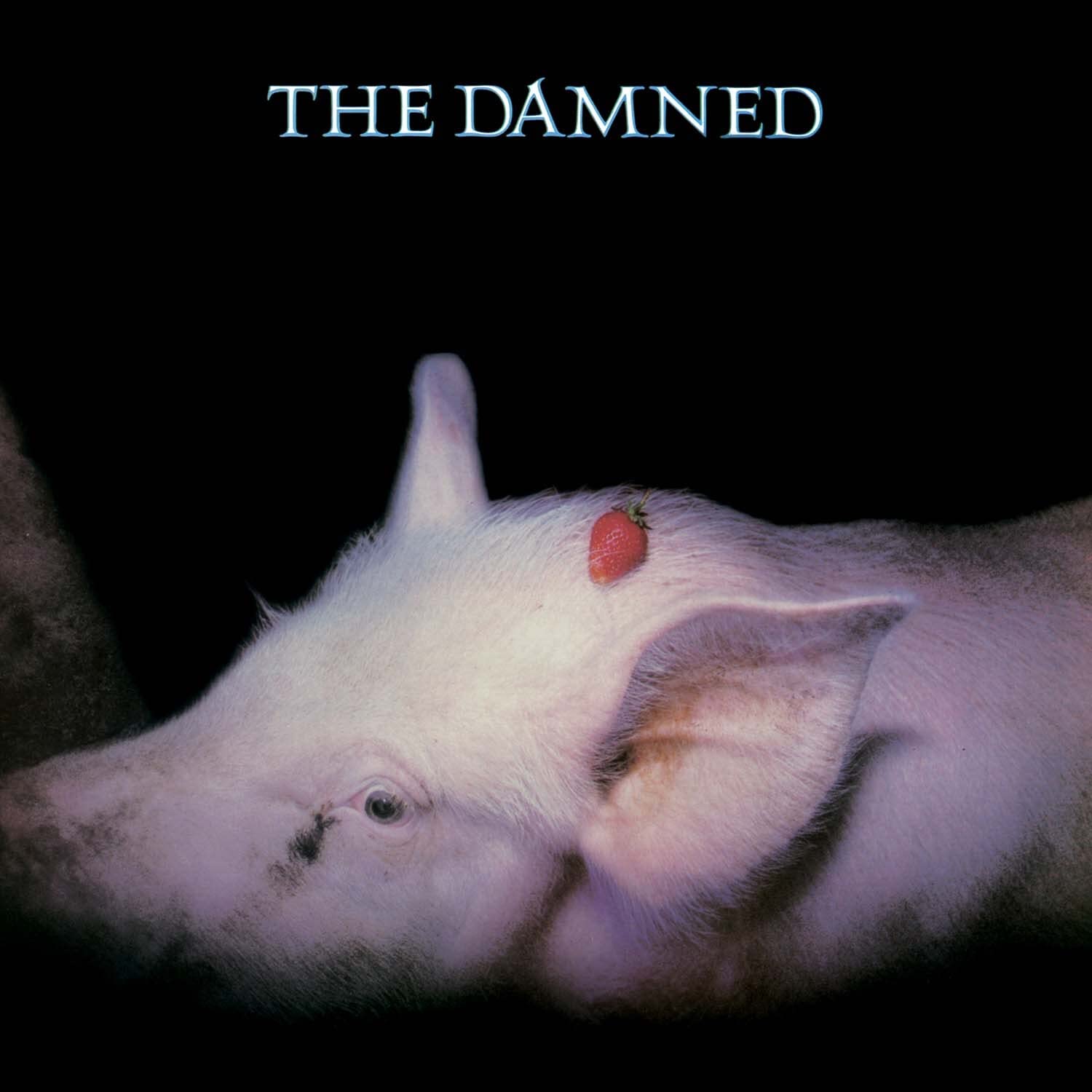 Originally released in October 1982, The Damned’s Strawberries remains an anomaly in the band’s catalog — a proper bridge connecting their English punk roots to their more esoteric maneuvers into New Wave and goth as the ‘80s progressed. This 40th anniversary edition is amended with non-LP singles — including the coveted “Fun Factory” with Robert Fripp on guest guitar — along with B-sides, five era-appropriate live tracks and informative and insightful liner notes from The Big Takeover publisher Jack Rabid. 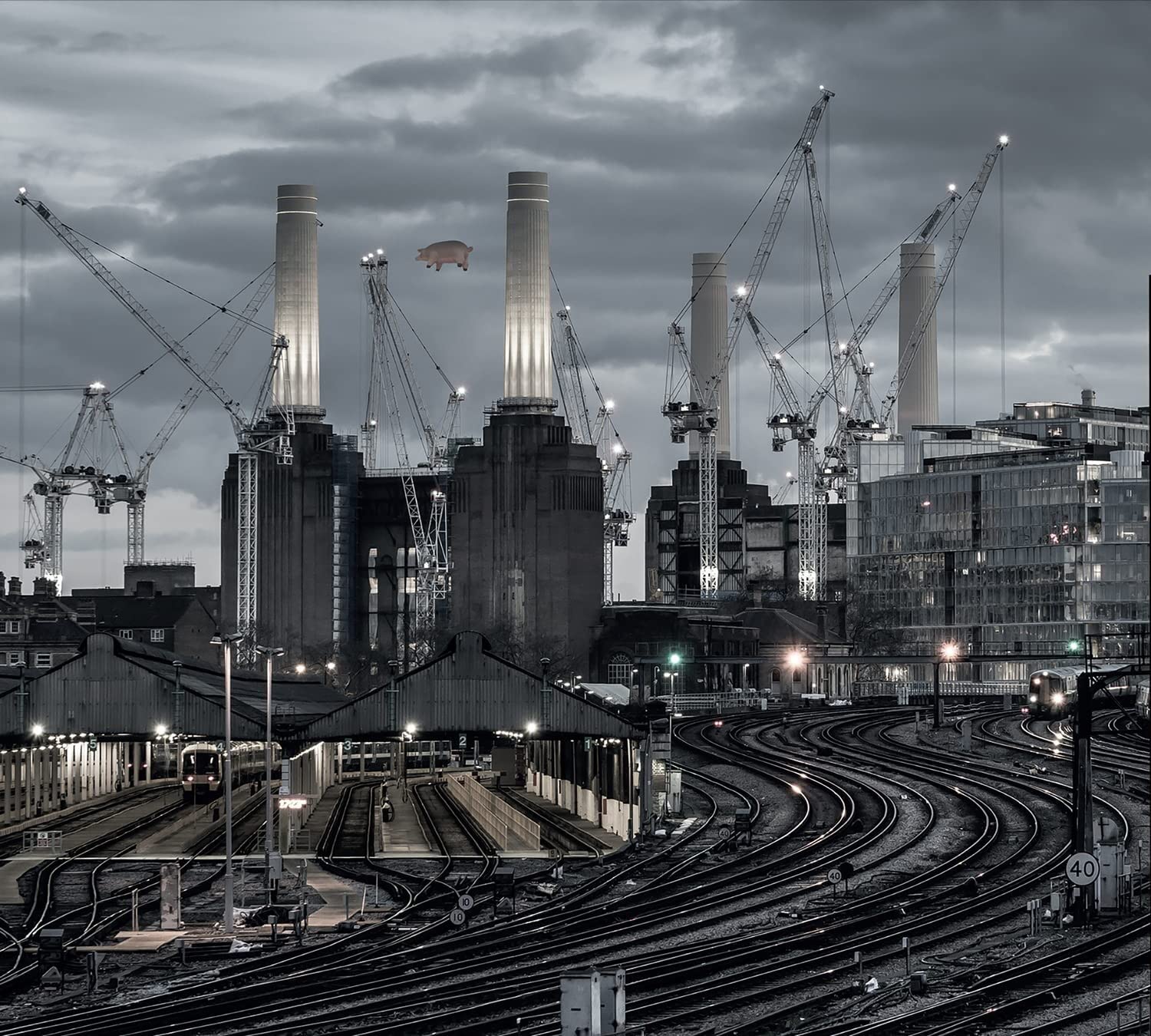 The Dark Side of the Moon might be the most ubiquitous Pink Floyd album. But Animals is their best. And this new edition, a long-delayed remix of their 1977 masterpiece, only elevates extended epics like the mournful “Dogs” and the vicious “Pigs (Three Different Ones),” bringing buried elements to the forefront. You’re gonna need a good set of headphones for this one. 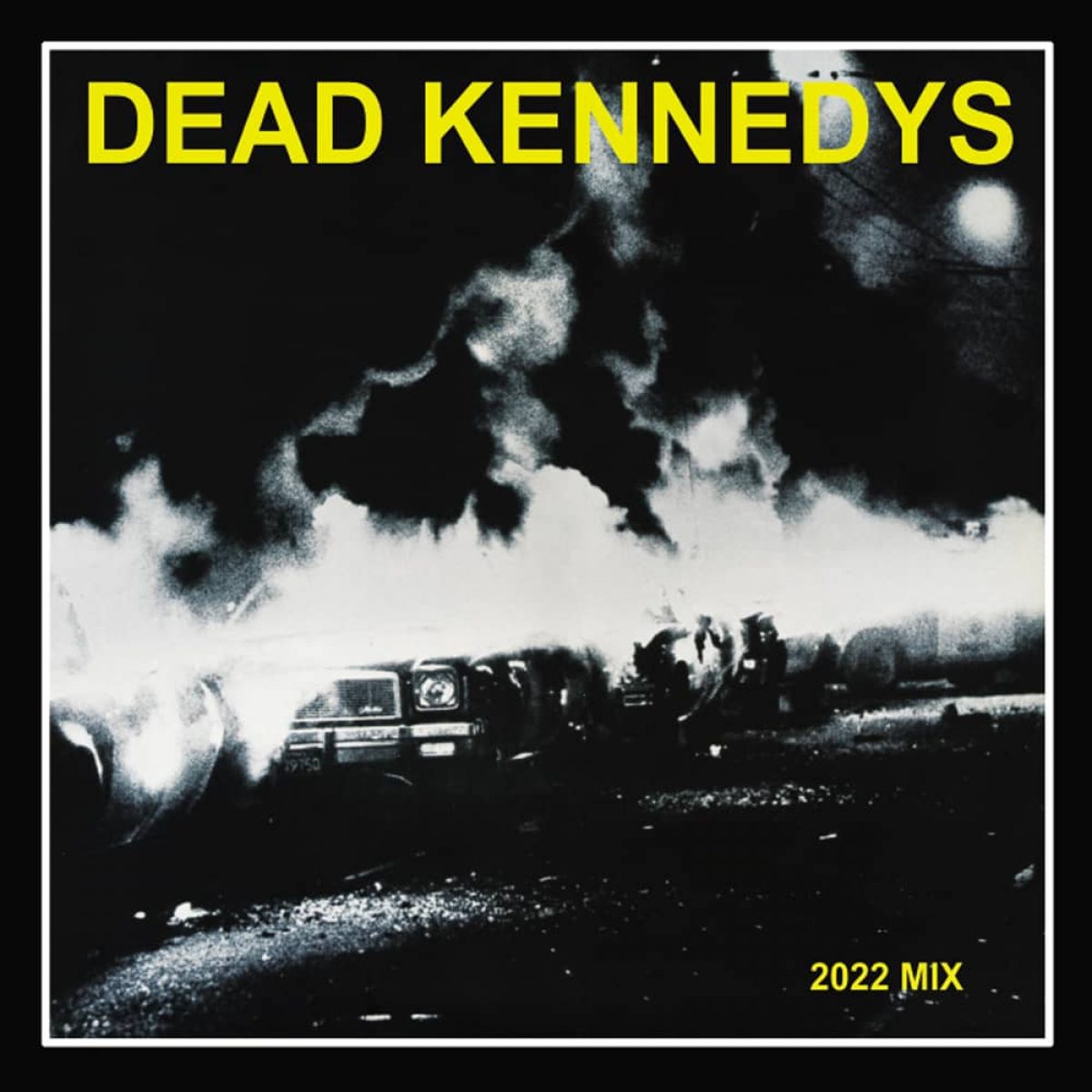 That trebly old cassette you used to skateboard to might be an endearing artifact of your youth. But in 2022, Dead Kennedys turned their 1980 debut LP over to Grammy-winning producer Chris Lord-Alge, a lifelong fan who brought newfound clarity to eternal political anthems like “California Uber Alles” and “Holiday In Cambodia.” You’ll rediscover this Fruit of American punk with the same wonder you experienced back in your thrashing days. 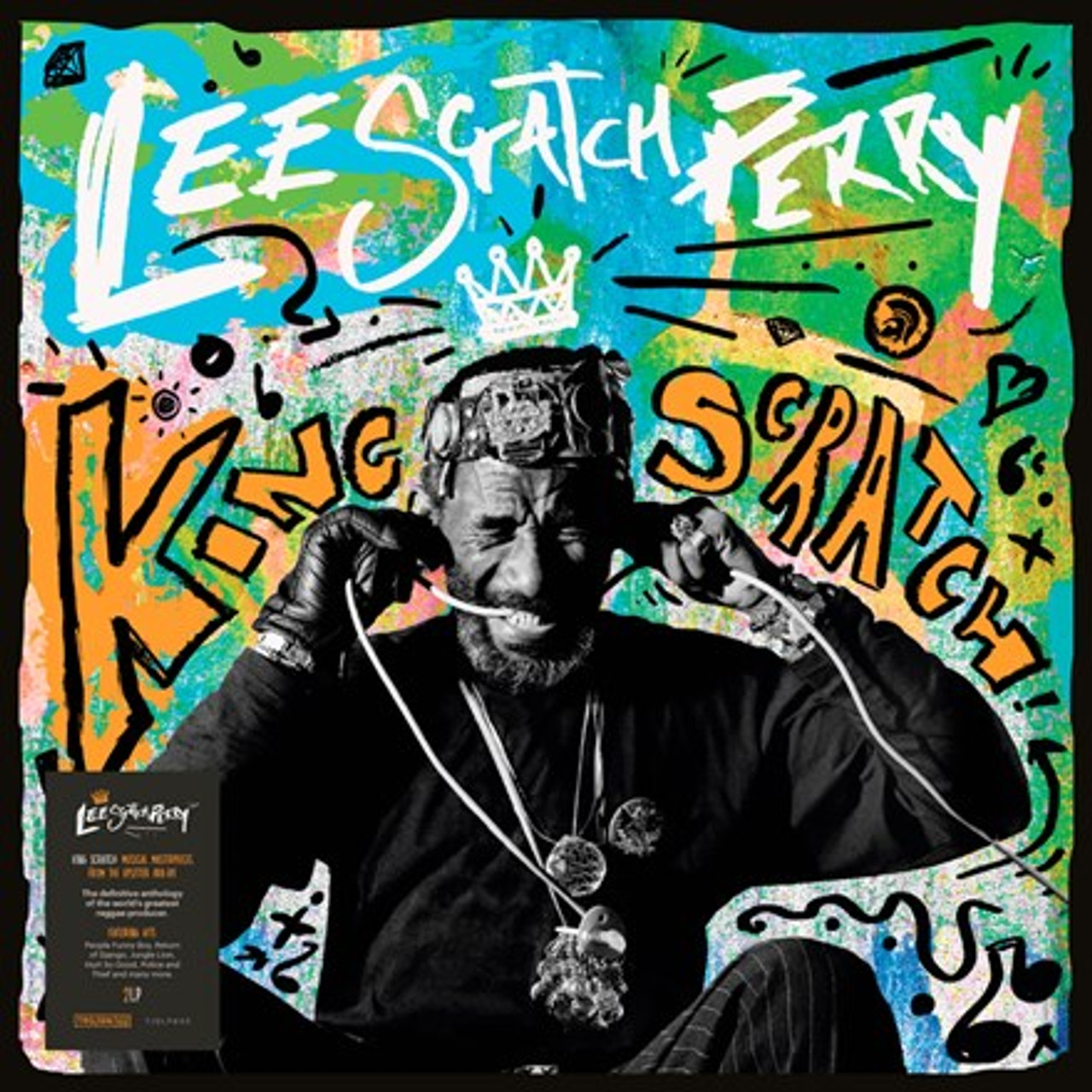 The Earth’s vibrations have not felt the same since Lee “Scratch” Perry left his vessel on August 29, 2021. But the rejuvenated Trojan Records has assembled a proper sonic eulogy with King Scratch, a 4-CD/4-LP set anthologizing Perry’s Black Ark era with names as Junior Murvin, King Tubby, The Heptones, Max Romeo and, of course, Lee himself. This box is indispensable for both longtime fans and newbies alike. 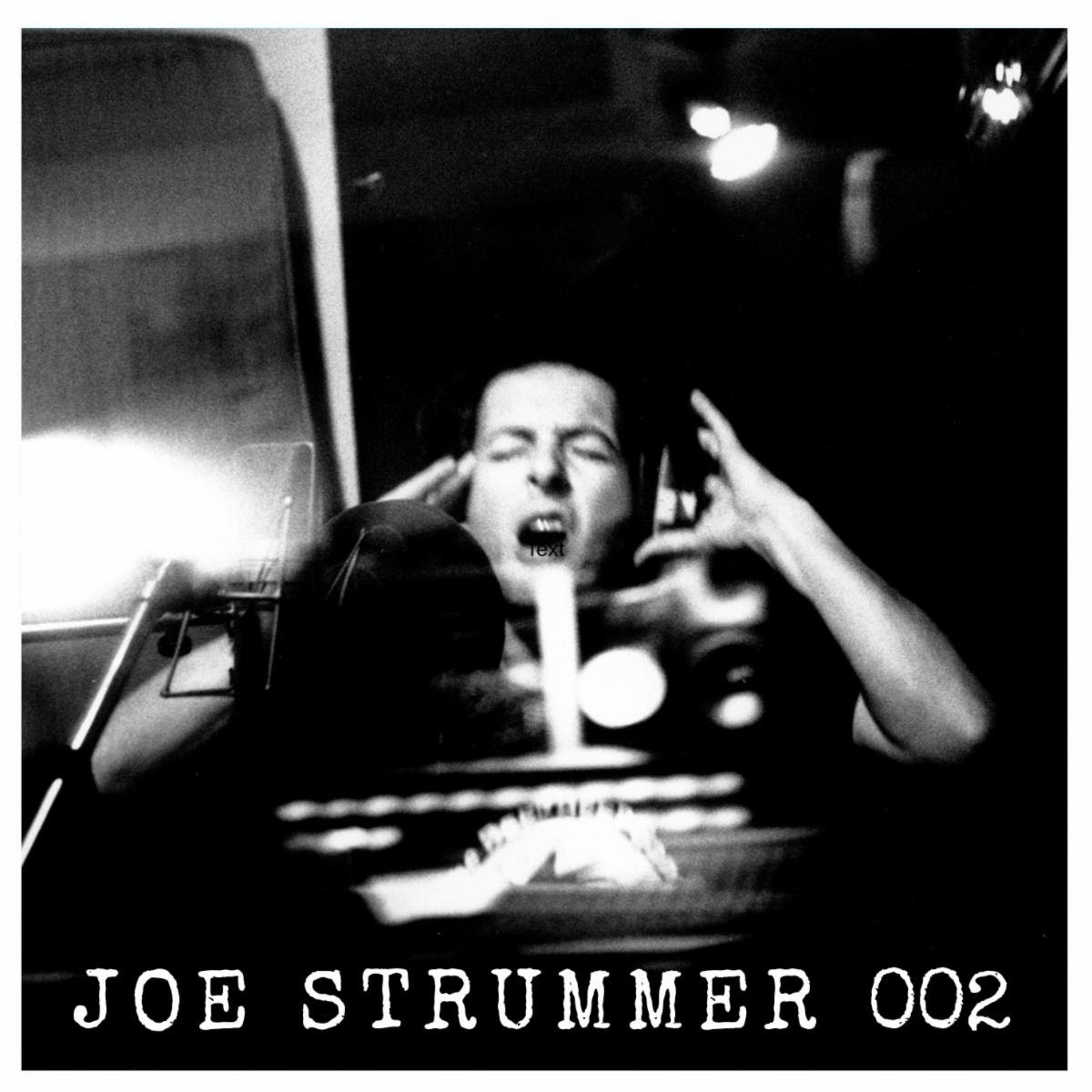 Hard to believe that, on Dec. 22, Joe Strummer will have been gone two decades. Yet even in death, the Clash frontman continues to inspire: Dark Horse Records honors his 70th birthday year with the second volume of this career-spanning series. The four-disc set focuses on his final band, The Mescaleros, bringing together remastered versions of their three LPs, 1999’s Rock Art and the X-Ray Style, 2001’s Global A Go-Go and 2003’s posthumous Streetcore. The package also features Vibes Compass, a new compilation of B-sides and rarities, including recordings from Strummer’s final studio sessions.