The pandemic impacted lives around the world in different ways. For Blag Dahlia, the contumacious singer of storied punk band The Dwarves, it’s been incredibly prolific. “I kind of had an explosion of creativity,” he says. “I just made a bunch of creative shit because that’s what I do. I kind of hit the wall later, but that’s a different story.”

The story today is about the alternate world he created with his upcoming solo record, Introducing Ralph Champagne, released under the rakish persona of Ralph Champagne.

Dahlia describes it as an “Americana humor record,” and these are songs and ideas that he has wanted to develop for a long time. “I’m so proud of it. Deep down, I’ve always been more like an old-song, kind of guy -– a crooner kind of guy,” he admits. “I just love the old stuff — like rockabilly and country –- and Ralph Champagne is my alter ego so I can do the old stuff. He’s the old and good-looking version of the singer from The Dwarves.”

“He’s sort of the logical extension of where the guy from The Dwarves gained 30 pounds and retired,” he adds, completely seriously. 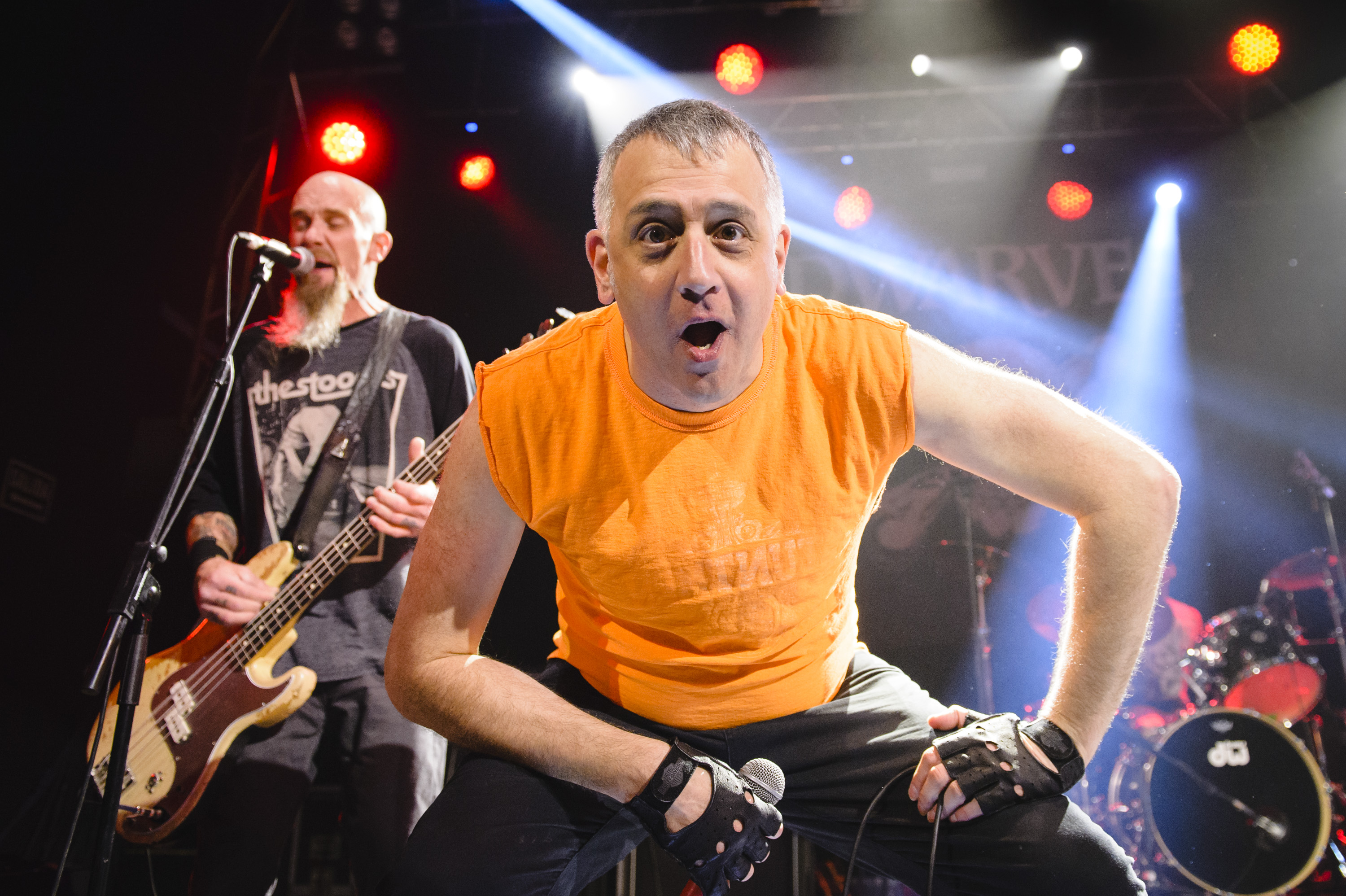 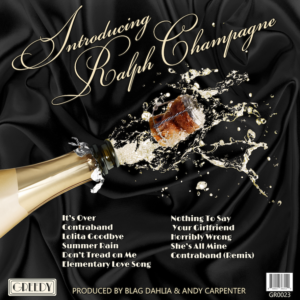 Dahlia has no inclination to retire any time soon. He’s speaking to me from Rancho Mirage, California where The Dwarves are recording a new album.

“It’s funny because The Dwarves don’t show any signs of retiring,” he says. “Every time I try to quit, they always pull me back in.” Along with a new Dwarves record to look forward to, fans can also expect remastered reissues of the band’s catalog, with revamped artwork and added tracks.

“There’s going to be this avalanche of old Dwarves stuff,” he says with childlike excitement.

He laughs and says: “Just in time for us to get canceled all over again. We were the band that got canceled before everyone got canceled…I’ve been getting canceled since the ‘80s.”

Dahlia is not exaggerating. Starting as a garage band called Suburban Nightmare in the mid-’80s, The Dwarves gained notoriety for their violent, sometimes-bloody shows, as well as button-pushing songs. (My favorite is the simply titled “Motherfucker” from the Sub Pop release Blood Guts & Pussy, which also had its own controversy due to its unique cover.)

The band never attracted mainstream audiences but instead found a different, deeper kind of success in that they are probably one the favorite bands of someone you listen to.

“People still don’t want us on their show,” he says somewhat proudly. “For me, that’s always been a big part of rock ‘n roll – you should fear it a bit and be a little uncomfortable. It’s supposed to wake you up.”

And that includes the Ralph Champagne record where, in spite of the crooning vocals, there’s an underlying current of dark humor and cynicism – it’s still a punk record, but wearing a smoking jacket and slippers. But it is also a safe space for him to play and experiment, strangely the opposite of why he got into punk rock in the first place.

“The problem was, I just wasn’t talented enough to do any [other types of music],” Blag explains. He grew up around a range of different genres including ‘60s folk, experimental jazz, prog rock and even musicals. “So I didn’t know where I fit in because I loved music and I had heard a ton of different types of shit. Then…I heard the Ramones and that was it. It was like, ‘I can do this. I understand this.’ And I never looked back.”

“Punk rock saved my life because I needed music and I couldn’t really do the real sophisticated shit that I came across,” he continues. “What’s funny is that, after years of doing punk rock, I’ve figured out ways to make it more and more complex, stranger and stranger, and more sophisticated.”

He’s also figured out more ways to be creative and get his ideas out into the world. Dahlia is releasing his third novel, Highland Falls on October 11, a Tarantino-esque tale about an Illinois girl and her adventures. 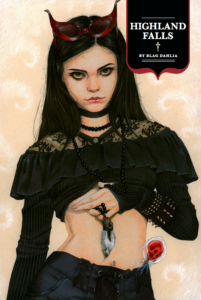 Writing fiction, Dahlia says he enjoys the creative, cerebral freedom to explore different lives and their motivations. This type of writing creates empathy in the punk rocker who acknowledges periodic selfishness.

“Books are very three-dimensional and my music is very two-dimensional,” he says. “I like writing fiction because you kind of put yourself in other people’s heads. It allows me to think of things like an actor would. But in a punk band, and I was a very aggressive, piss-and-vinegar rock ‘n roller, you just think about yourself all the time. The books allow me to think from other people’s perspectives.”

He does the same with his music — witness the case of Ralph Champagne — adopting different characters. Blag Dahlia is one himself of course. He also released an excellent bluegrass record under the name of Earl Lee Grace, in 1995.

“When I’m in the [recording] booth, I try not to be the same guy who goes to the post office and gets his mail, or goes to the market and buys some fish,” he explains. “I think that if you’re doing rock ‘n roll or any genre right, you’re taking on a new identity and being something different and it’s what I do and have always done.”

He thinks about this some more.

“At a certain point, [I realized] that was my calling. You’ve got to find your place and when you do find it, you just know it.”