Domo Genesis Is in His Flower Season

Home » Features » Interviews » Domo Genesis Is in His Flower Season

Domo Genesis is driving through Los Angeles with a red fitted cap on his head, the blue sky blaring through his sunroof, and his phone positioned vertically so you can barely see anything else. While he’s barely in the frame, Domo is more focused on being heard over Zoom. For the first time in over a decade, he’s speaking with SPIN, the same publication that — on the cover of the December 2011 issue — labeled him and his Odd Future crewmates as the “changing face of hip-hop.”

The collective launched the careers of groundbreaking artists in Tyler, the Creator, Frank Ocean and Earl Sweatshirt. Hell, it even provided the latest star of Jackass in Jasper, the founders of the Internet in Syd and Matt Martians, and The Bear standout Lionel Boyce.

Today, however, Domo — short for Dominique Marquis Cole — isn’t the biggest name in music. He was never chasing fame. He also isn’t hanging with sharks or starring in a new series alongside the guy who plays Lip Gallagher on Shameless. When he joins the Zoom call, he’s two weeks removed from the release of his new collaborative project with Evidence, Intros, Outros, and Interludes. It’s a collection of songs that places him in the middle of his journey (the “interlude”) as he finds solace in the fact that he is exactly who and where he needs to be — an excellent rapper whose fire has never burned brighter. 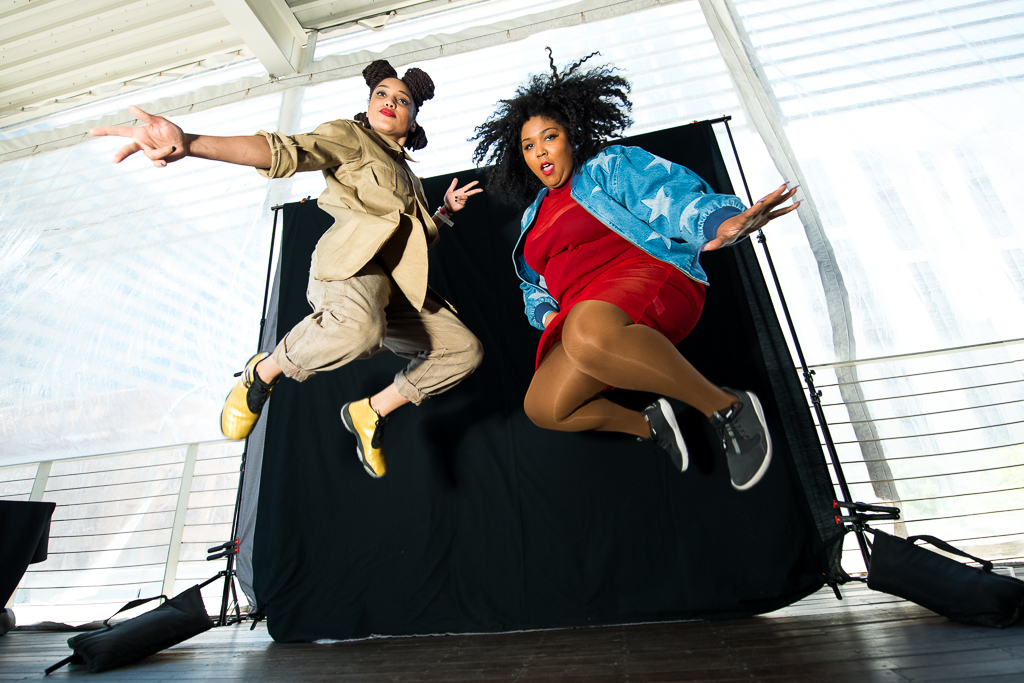 “I [had to] show people that I’m more than just somebody riding somebody’s coattail in the group,” Domo says. “That’s never been the case of what it was, and never what I wanted it to be. It bothered me. That was something that really ate at me for a long time. On this project, I feel like I’ve been busting my ass the whole time. Instead of trying to think of things to write about, I just wrote about that. I wrote about the whole process of being uninspired, trying to find inspiration, and realizing that inspiration comes from your self-confidence — and you gotta get right with yourself first.”

Now 31, Domo Genesis is finally getting right with himself. Despite moments in which he felt like giving up on rap, he explains that he always saw signs — like accolades or support from fans — pushing him to continue. Those signs have led him to his most vulnerable project yet (and one that his own family got involved in the making of) and a resume that now includes contributing to the 2022 Grammy winner for Best Rap Album, Tyler, the Creator’s Call Me If You Get Lost.

“Overall, on [Intros], I feel like it was just about growth and hashing out all the things I’ve been through so far — closing those chapters firmly and finally,” Domo says. “I’m closing the chapter on… I don’t wanna say youth, but just the teenage angst part of the journey. It’s not really about that no more. It’s about forgiving all the things that need to be forgiven. It’s really just about growth.”

Intros, Outros, & Interludes, which follows Domo and Evidence’s 2018 joint effort, Aren’t U Glad You’re U, was conceptualized late last year as the two began to spend a lot more time together again. At the time, Domo says he tapped into the same sort of spirit he had while recording his 2012 Alchemist collab album, No Idols, a project that still holds a cult appreciation among fans.

After recording what could be considered an early draft of Intros in late 2021, Evidence then invested in a new microphone, prompting the duo to scrap the entire thing and start from scratch with new material, new lyrics and a new mindset. Domo would visit the studio on weekdays from 8:30 am to 2:30 pm, before Evidence (and occasionally Domo) would have to pick his son up from school. That left the pair with scheduled studio time and a will to get the thing done before the bell rang.

“When I was creating this one, I was at a crossroads,” Domo says. “I was at the crossroads of being completely changed from how I was thinking and who I was at the time before this project. I just went through some total self-recreation of the way that I thought on the inside, my perspective on a lot of different shit. It’s good to see a lot of people be accepting of that.”

The material on the new project is wide-ranging, but as he suggests, it mostly taps into the Hawthorne-born spitter’s internal changes. Domo mentions “Tallulah” as a point of reference, sharing that he avoided all punchlines throughout, instead focusing on his journey toward working through critiques and a lack of inspiration.

“We’ve been at points where I wanted to quit, where I was shying away from the spotlight and not putting things out and not taking opportunities because it’s truly hard as an artist to think of some shit that drives you,” Domo says. “Some things that make you click, make you go, then you release that to the world and people are like ‘Man, this shit stinks.’ Everyone says they’re built for that, but I always tell people ‘You don’t know if you’re ready until somebody tells you — when you thought you were the most ready — that you’re not ready at all.’”

On Intros, Domo sounds ready. The production from Evidence is moving in telling that story, especially when blaring horns come through on the opener “Don’t Believe Half.” While Domo rhymes about dealing with adversity as an artist who’s been in the game for over a decade, there’s a confidence in his delivery. But that confidence may not have always been there, which he says is partly a product of feeling overlooked as an MC.

“I always thought that there was a hierarchy in Odd Future,” Domo says. “It’s not something that anybody, or any person, in O.F. created. I felt like the fanbase created this thing where it could be like five, four, three people who were ranked at the top, and everybody else was a part of ‘these guys,’ right? I was always uncomfortable with ‘these guys.’ I always had a chip on my shoulder because of that. I had a lot to share, I had a lot of people to inspire, I knew the things that I was saying were… I don’t wanna say ‘important,’ because it sounds self-righteous, but I knew that they had things to them that could help motivate people.”

Odd Future quietly disbanded just a few short years after their emergence, but Domo still shares close bonds with a few of his co-stars — the same guys who inadvertently motivated him to excel at his craft. Last month, Earl called him a worthy “sparring partner,” and Tyler promoted Intros on Twitter for some added visibility.

While the collective is no longer releasing music together, Domo knew that his Grammy-winning reunion with Tyler was “something different” — even if he wasn’t expecting to win any awards.

“It’s like, man, however many years of work it’s been and however many years of people not paying attention to specifically what I was doing — it just shows me that you gotta just keep going, bro,” he says. “You gotta believe that what you’re doing is right, even if you get the smallest sign, you got to read that shit and be like ‘Yeah, I’m doing the right thing.’”

Making the right decisions on Intros often meant taking risks. On the cover of the 11-track project, he’s crouched in front of both his grandfather and his young nephew. The image represents family members being at the intro, outro, and interlude of their lives, with both of his relatives playing a specific role. At first, that idea of labeling his grandfather as someone at the “outro” of his life scared Domo. But that was before he reminded himself that the best ideas are the ones that invoke uncertainty and fear.

“If you’re not getting the butterflies or the feeling that shakes you up — when you almost damn near want to say ‘Let’s not do this’ — if it doesn’t feel like that, I don’t feel like you get better,” Domo explains. “That’s being alive. I always tell my boys ‘What’s the one thing that if you don’t get it done, it’s gonna make you feel terrible? You don’t let go of that one thing.’ Those butterflies are touching you for a reason.”

As for what Domo wants his fans to learn from his work, he doesn’t necessarily want himself and his story to be the focus. He makes it about the listener — or really anyone who may be feeling overlooked.

“If you’re doing something right now that you feel like you ain’t been getting your flowers, I always say, ‘It’s flower season now,’” Domo says. “If you feel like you ain’t getting that just due, people sleep on your craft, this is the time to rise up and get your shine on. I don’t know what’s in the cards — astrology and all that shit — but whatever it is, it’s clicking.”