The verdict was read in front of Los Angeles Superior Court Judge J. Clay Jacke. Holder stood quietly as he was told he faces a maximum sentence of life without the possibility of parole. The jury also found him guilty of voluntary manslaughter for shooting two men, Kerry Lathan and Shermi Cervinta Villanueva, who were standing with Hussle at the time of his death.

Known as a hometown hero, Hussle was called “a favorite son” of South Los Angeles by the prosecutor, and one who overcame the “pockets of concentrated poverty” and plights by gangs within his Hyde Park community. Hussle went on to become a hugely successful rapper with a series of hit underground mixtapes, as well as an entrepreneur, beloved community figure and philanthropist. 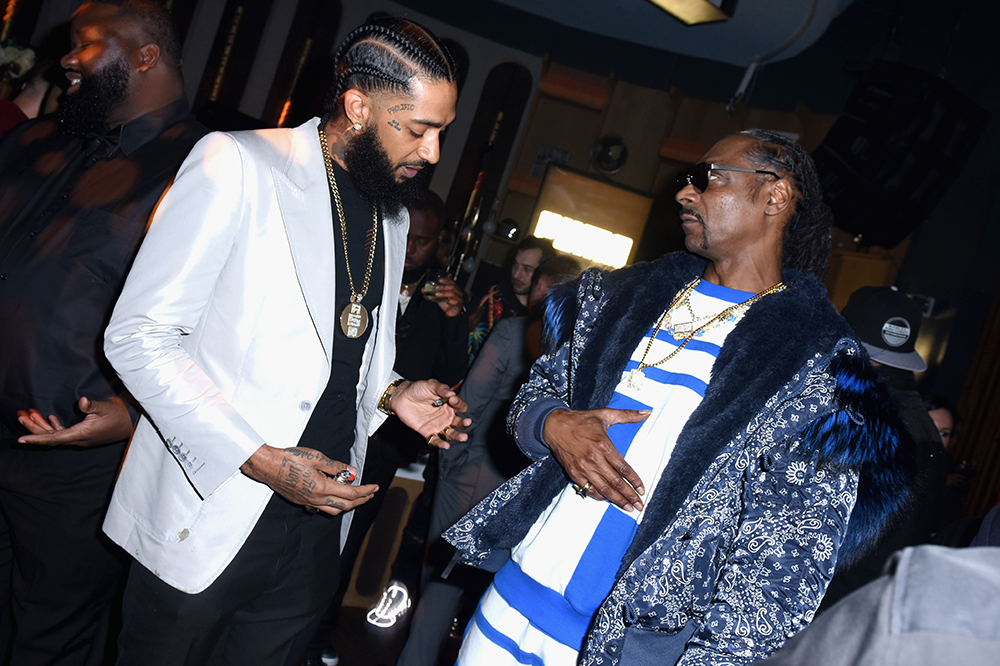 At the beginning of the trial in June, Holder admitted through his public defender, Aaron Jansen, that he shot 10 or 11 bullets at Hussle’s entire body. However, Holder said that the attack was not premeditated. Jansen went on to say his client acted in the “heat of passion,” after the two had a conversation in the parking lot. Hussle allegedly mentioned a rumor that there was “paperwork” on Holder, which in gang parlance means a record showing someone is a police informant. Jansen said Holder took the allegation as a “snitch jacket” that threatened his life.

“I submit to you that the motive for killing Nipsey Hussle had little or nothing to do with the conversation they had; there’s already a pre-existing jealousy,” McKinney told the jury. “Here you have Nipsey Hussle, who is a successful artist from the same neighborhood, [and] Mr. Holder, who is an unsuccessful rap artist.”

Hussle was at the peak of his career when he was killed. Just a month before he died, he attended the 2019 Grammys, where his acclaimed debut studio record, Victory Album, was nominated for Best Rap Album. The following year, he was awarded two posthumous Grammys for “Racks in the Middle,” which is his most popular track and features Roddy Rich and Hit-Boy, and “Higher,” which features DJ Khaled and John Legend.