How Terry Grant Thrives Being an Actual One-Man Band

Some forms of self-expression are inherently collaborative, and others are clearly a solo effort. How many photographs or paintings were made by more than one person? But music is usually, to a greater or lesser degree, a team effort. Even artists who compose and arrange alone usually then work with a producer and engineer, or bring in studio musicians to flesh out their ideas. But not Terry Grant, known as More Ghost Than Man. That name, unsurprisingly, says Grant, comes from a lingering sense of alienation. “I suppose I’ve always felt a bit out of place in most situations. Like I’m there but I don’t belong, and if I just stand still long enough, everyone will forget that I’m even there. The name came from that feeling. Plus, I thought it sounded cool. I should probably talk to someone,” Grant adds, laughing.

Forty-eight-year-old Grant is a true one-man band, but he’s also a one-man videographer, conceptualist, as well as being his own engineer and producer. Unusual, but, you may be thinking, so what? At which point I would say, so a lot! The music and the videos are without exception immaculate conceptions, laced with emotion and empathy, deep and complex, but easy on the ear.

So how does someone from Canton, Ohio — a small town about an hour south of Cleveland where the only notable thing is that it’s home to the Pro Football Hall of Fame — end up moving to Nashville, Tennessee, in 1997, and now finds themself living and working alone, producing the musical equivalent of giant skyscrapers?

“I was a guitarist in a hair metal band with aspirations of being Eddie Van Halen,” Grant says. “The irony here is that I had a dorky haircut, it looked like my mom had done it. I decided to move to Nashville looking to become a session player, and fell in love with the city’s creative energy, at which point I also realized that I needed more than just a guitar to get my ideas out.”

The hermetically sealed existence is, however, not the easiest way to go about creating such astonishing music and videos. Does Grant enjoy all that self-inflicted pressure? “At root, it’s two things: I’m not married and I don’t have kids, so my only responsibility is to my work. And yes, the pressure is intense, but my secret weapon is my sense of purpose. If you’re lucky enough to find something that you totally believe in, you just have to do it. To be honest, I don’t know how not to do what I do.”

There’s also the undeniable shyness hinted at in his answer about his artist name. “Most of the ideas I have seem so ‘out there’ to me that I’m embarrassed to let someone else see inside the process. The truth is that I often feel like a gigantic idiot for large chunks of the process of creating anything, and it isn’t until the moment where I realize that this crazy thing is actually going to work, that I start to feel like I know what I’m doing. I can see the final product in my head, but all anyone else is going to see is whatever incomplete, weird, disturbing, or just plain stupid looking chunk of it they happen to be around for, and I guess I don’t like the idea of that.”

Grant’s latest single, “We Have All the Time in the World” is taken from his extraordinary 2021 LP The Worlds We Made There. The track came out in April on 8D Industries, and features a rolling, shuffling groove, a haunting tune, and is accompanied by a video of a person (guess who?) in a post-industrial space suit floating through a spectral, space-time continuum.

Needless to say, Grant did absolutely everything, including making the costume. “I’d made costumes before, so that suit, even though it looks convincing, was not as hard to create as it might seem. I knew that I really wanted to make a classic-looking outfit, and the suit, much like the video itself, came together quite naturally. The languid nature of the images forms a nice juxtaposition to the song.”

Despite the title, it is not a cover of the Louis Armstrong song of the same name. “I hadn’t even considered the Armstrong tune until well after the record came out. In fact, I have a running list of potential song titles, lyric fragments, and other random nonsense (that’s what I call it, in fact) that I pull from every time I start a new tune. So the title would have come from there at some point,” he reveals.

The one really big problem with being so utterly, ruthlessly autonomous, is the thorny issue of playing live. “I’ve been thinking about how to do a live show, and me alone on stage turning knobs is not an option. I’d love to work with a rhythm section, and I’m exploring that possibility, but there are no concrete plans as yet.”

For anyone who has yet to hear Grant’s music, it was nicely summed up by Grant in an interview with 5 Magazine as Berlin-era Bowie meets Massive Attack with some Flying Lotus thrown in. But what got him into electronic music and what does he currently listen to? “There was a three-hour block of electronic acts on MTV called AMP — this would have been around the time I moved to Nashville — and that got me into the Bristol sound, so of course Massive Attack, alongside acts like Tricky and Portishead, and the more straightforward rave acts like Orbital and Underworld. These days, what I generally listen to when I need to disengage is jazz (especially ‘70s psych and bebop) and ambient electronic stuff. Currently though, I am obsessed with Saharan rock guitar music like Mdou Moctar, Tinariwen, and Bombino. So much energy in the music and a really eclectic mix of influences that are somehow alien and absolutely familiar at the same time. Highly recommended.”

Grant is currently planning an as-yet-untitled short film, and also occasionally works as a sound designer creating sample packs for Loopmasters, a company that creates and sells packs of samples for DJs and producers. “For me, the best part of any piece of music I work on is the first few hours, when you’re just hunting for a spark and everything is sort of formless, and at that point the sky’s the limit. Sound design is great because it’s like getting to do that really fun bit over and over without having to wait for the rest of it to click into place.”

And as for the film project, there’s a sense of urgency tied to Nashville’s notoriously unforgiving summers. “I’m looking to include a horror element this time, and I’ll probably start building sets this month. Lord willing, I’ll shoot it sometime soon, before the temps here get so bad that I run the risk of melting under the studio lights.” 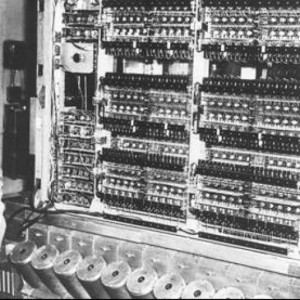