During the second half of the 20th century, Washington, D.C.’s K St. had been hijacked by the lobbying industry. As such, a walk down K today might conjure up ideas of sharks in suits swimming around the Capitol, baiting the halls of Congress with money. But in between 12th and 13th St., something different has always occupied the building at 1201 K in the Northwest quadrant of the city. In the 1940s, the address had belonged to a printing press, and in the ‘60s, a bus terminal. Today, it’s Eaton DC, a luxury hotel in the nation’s capital. But unlike most high-end properties, this is not one where the goal is to cater only to elite travelers who leave no mark on the city. Like a printing press and a bus depot, this is a hotel that’s putting out a message and attempting to move people. And it’s doing all this with music.

“I wanted to subvert the idea of the hotel,” says Eaton DC’s founder Katherine Lo, who combined her past experiences into this new role. She had worked in music, video and documentary film production for a decade, and then trained at Langham Hotels and Resorts, where her father serves as the executive chairman. When Lo opened Eaton DC in 2018, she wanted to create a place for both culture and people. “I [saw] music as a way of building community,” she says.

On that walk down K Street — as you’re looking for fins — without even entering Eaton, you’ll spot the hotel’s commitment to music. Next to the expansive lobby entrance is a window where the thin spines of thousands of records stand on shelves and turntables sit on countertops. When you look up at the decks, it might very well be Rage Against the Machine’s famed guitarist Tom Morello who’d come to Eaton Radio to spin an all go-go set; or jazz saxophonist and songwriter Plunky Branch who used his air time to talk about Afrofuturism and Afro-now-ism; or one of dozens of local DJs using Eaton’s free radio station to put out music and build their platform.

“The main focus [of Eaton Radio] is really in giving an outlet to community members in the local DJ scene,” says Andrew Grant, director of music and radio at Eaton DC. Grant, who ran a record store in Williamsburg, Brooklyn, for three years after touring Europe as a musical artist for two decades, streams Eaton Radio shows on MixCloud since it pays artists’ rights. “To see one of these A-list artists and to hear Tom play some DC go-go, which is the sound of DC, is so special since you wouldn’t expect this from the guitarist of Rage Against the Machine.”

When local DJ legend, Sam “The Man” Burns died in 2020, local DJs Native Sun and Underdog, who host a Monday night radio show at Eaton, took over the hotel’s Radio for 24 hours to pay tribute.

“People were tuning in on the stream and pulling up in person,” recalls Chris Harris, whose stage name is Native Sun. At some points, it was just the two DJs honoring Burns. At other times, nearly 20 people had crammed into the radio station booth. “It was beautiful, man. Sam had brought all these people together.”

And Eaton gave them the space to do it.

Inspired by New York City’s now defunct East Village Radio, Lo had seen how locals would saunter through the Village and watch radio happen through the window. “It was the heart of the community there,” says Lo, who knew that her K St. hotel needed a similar muscle.

But she also knew that music had to circulate the entire hotel.

Inside the building, guests start to see music before they hear it: punk posters hang on the wall harkening back to the days of below-five-dollar concert tickets, when Henry Rollins and Fugazi tore up local venues like the Safari Club and 9:30 Club; the ceiling of the Radical Library — where the hotel pays homage to vinyl — features a collage of hundreds more black and white punk posters that had been collected from local residents (swapped for free pizza at a community event).

When Lo lived in Hong Kong in the early aughts, she’d noticed that performance venues were limited. The record store White Noise Records was one of the few places in the city that would host concerts. When she’d asked local artists what they depended on to create music, Lo says, “the resounding answer was that they needed space.”

D.C. musicians have a similar problem. Over the years, many venues, like the U St. Music Hall and 18th St. Lounge, to name a few, have closed down, especially during the pandemic. And the ones that are open aren’t always affordable for artists.

“Warehouse buildings are expensive in D.C.,” Harris says. “Some of these cats will hit you over the head with renting out space.”

That’s why Lo takes Eaton DC’s common areas and either hires musicians to perform or offers the space for free to musicians or concert organizers, who can then charge a fair ticket price that doesn’t get cut into by the venue. (Most shows at Eaton, however, are free to the public.)

“The hotel business helps support the music and cultural programming,” says Lo, referring to the half dozen concert venues that have featured performers like Questlove, Sun Ra and DMC.

“To be able to donate that space to a donor or a community member,” says Grant, “allows them to make money, pay artists, and then do more events throughout the community. It allows them to use the space without the stress or the financial burden.”

(Eaton’s charity goes beyond music. They donate their auditorium to local film festivals, give up the lobby to art exhibitions, and comp rooms for creatives so they can bring their art or music to the public.)

The Eaton House, the property’s by-day community workspace — a capacious coffee shop with mid-century modern style couches and native plants — is donated nightly to concert organizers like Sofar or Strathmore, or some other non-profit do-gooder, like Incarcerated Workers Organizing Committee, who gathers community members to write letters to incarcerated people.

On a Saturday night in April, more than two years after “lockdown,” “10-day quarantine” and “social distancing” became phrases that kept us apart, I walked through the hotel lobby, down a quiet hallway, and through the back door into the Eaton House. That night, Eaton had given the room to Sofar Sounds, which curates secret concerts around the world by transforming everyday spaces, from retail stores to rooftops to intimate living rooms, into venues for live concerts with surprise artists. Sofar has helped introduce the world to performers like Andra Day and Billie Eilish.

While Sofar concerts are often intimate, Eaton House and its capacity of 100-150 is one of Sofar’s larger sites, says Chris Baluyut, Sofar Sounds’ host operations manager of the East Coast, allowing more people to discover rising talent. On the night of my visit, I was introduced to Calista Garcia, a folk-rock singer and songwriter. Her voice and guitar reminded me, for the first time in two years, how much I’d actually missed indoor live shows.

“The Eaton’s a wonderful space,” says Garcia, who has played three different rooms in the hotel. “For artists looking for fans,” she says, Eaton gives the “feeling like you have a foothold in the community.”

While Garcia smoothly transitioned from one of her originals to a gorgeous rendition of Radiohead’s “Creep” that hurt hearts, the upstairs rooftop bar, Wild Days, hosted a DJ spinning house. As the DJ worked the tables, the lights bounced off Zoe Charlton’s gorgeous tile mosaic behind him: blue sky and land exploding from a cement-circle cut out in the wall to look like and let through the sun. The mosaic tells the story of femininity, decolonization, and deforestation. It’s been the backdrop for many artists. When rapper Common released his book, Let Love Have the Last Word, in 2019, dressed in all whites, he stood before that mural with the sun beaming in on him like he was some prophet delivering a message to the people of D.C.

“In this setting, you’re six feet away from the artist,” Grant says. At most Common shows you’d be lucky to be 600 feet away. But at the free Wild Days event, Common didn’t even need a microphone to answer questions from the local panel and audience. “It was very personal.”

Downstairs, just off the lobby, is the Radical Library. Some nights, guests might find locals and visitors gathered in the space for A to B, a vinyl listening session that invites a local or famous musician to play the A and B sides of a record and act as raconteur between sides or songs. Weekend nights, there’s a vinyl-only DJ spinning for visitors to the library or to tipplers inside the speakeasy, Allegory.

Les Talusan, also known as Les the DJ, has worked the tables at Radical Library. In fact, she’s DJed every common area in the hotel. She has even played at their Hong Kong property and hosts a twice-monthly Eaton Radio show called Bahala Na, which in Tagalog means “Whatever will be, will be.”

And that maxim is what Talusan appreciates about the property. “I love the freedom that they give me,” she says. For instance, in October, during Filipino-American History month, “they allowed me to throw an event for the community [at Wild Days]. And I was paid.” The event featured celebrated Filipino rappers, dancers and poets, and for Talusan it was “the first all-women event that I’ve ever experienced. [Eaton was] really supportive.”

On the second floor of the hotel, when for-profit companies end their day-time meetings or conferences and when night falls, Eaton often donates the event space — the Beverly Snow — to the community. The Beverly Snow, named for a former slave who became a D.C. entrepreneur, “is a blank canvas,” Grant says.

Group Black Rave Culture, Dutch DJ Steven Rachmad and D.C.’s own Saeed Younan are just some of the names that have splashed that canvas with their sounds. From electronic raves to a full-day panel discussion titled “Women in Music” to Oddissee’s world tour kick-off to extant go-go shows, Beverly Snow has hosted it all.

“It gives artists a platform,” says Harris, who’s part of the Black Rave Culture collective, about Beverly Snow and all the other Eaton venues. “It helps create a space for creatives.”

“Eaton really made me feel like I had a home,” says Talusan, who’s been DJing for 25 years and who, the day after our interview, would be performing at a White House event at the Department of the Interior. “Otherwise I’m just floating around.” 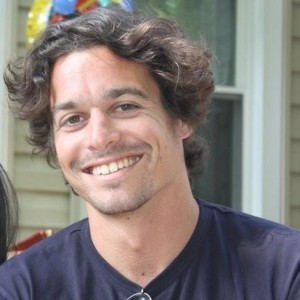