Mark Tremonti’s Sinatra Covers Album Was Written in the Stars

Three years ago, Mark Tremonti — guitarist/singer-songwriter/founding member of the rock bands Creed, Alter Bridge, and Tremonti — became absolutely obsessed with Frank Sinatra. Though he’d always been a fan of Frank’s and sang along suitably with Sinatra’s low register, this time was different. It was as if Tremonti was being deliberately pulled in Sinatra’s direction.

Tremonti watched movies, read books, and insatiably scoured Sinatra’s catalog. He sang his songs relentlessly, even teaching himself to breathe, enunciate, and inflect like the legend. But still, even after 18 months, Tremonti couldn’t quite identify the reason for his newfound passion. Then it happened: Tremonti’s daughter, Stella, was diagnosed with Down Syndrome.

Today, Tremonti is temporarily trading in his hard-rock setup for a big band ensemble — one that includes surviving members of Sinatra’s own orchestra. In conjunction with Take a Chance for Charity (Tremonti’s initiative that asks celebrities from every industry to step out of their comfort zone to raise money for the National Down Syndrome Society), Tremonti released a collection of Sinatra covers that span the icon’s career.

SPIN spoke with Tremonti to talk about the process of adopting Sinatra’s low and slow baritone, how NDSS has helped him and his family, and which well-kept secrets Sinatra’s band shared with him to get Tremonti Sings Sinatra where it needed to be. 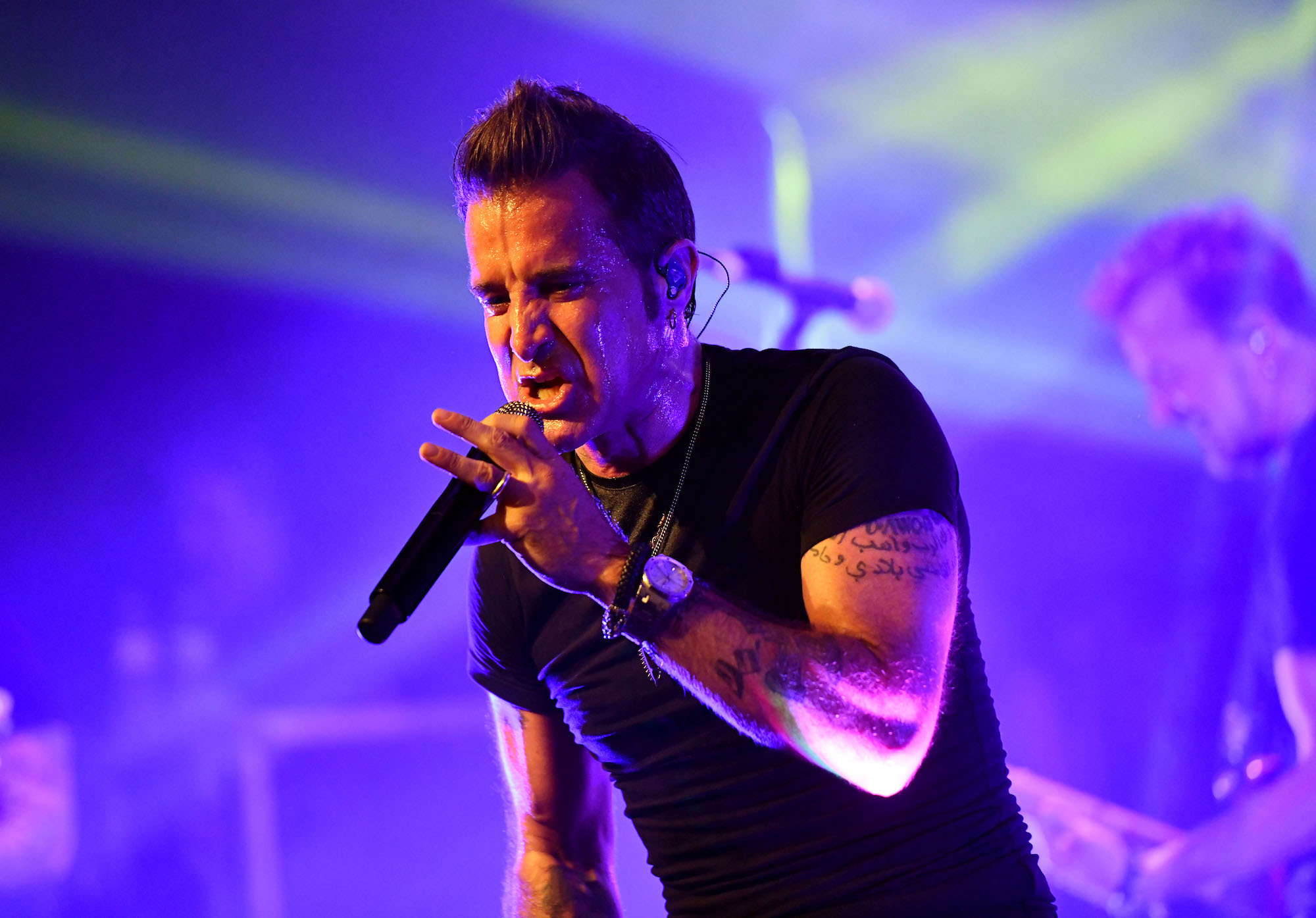 SPIN: What was your initial reaction when Stella was diagnosed with Down Syndrome?

Mark Tremonti: Initially, I was scared. I didn’t know what to expect, you know? I had a million things going through my head. “Will my daughter see her full potential?” “What are the health issues concerning folks with Down Syndrome?” “Is it going to be lonely?” I thought maybe we’d be kind of isolated, but it’s been the opposite. Once we had our daughter, so many people rallied around her.

What do you wish more people knew or understood about Down Syndrome?

If you’re expecting a child with Down Syndrome, it’s not something to be afraid of — especially because there’s such a huge community. There are so many people who love one another within the Down Syndrome Society, and they’ll help you in any way they can. Yes, there are hurdles. For instance, my daughter just had open-heart surgery a few months ago. It was the toughest thing I’d ever gone through, but now I wish I could speak to and reassure other parents going through the same thing.

What was the hardest part of trying to emulate Sinatra? Which song on the album did you struggle to perfect?

His phrasing. He never sang a song the same way twice. He approached vocals almost like a trombone player would approach his instrument. It seems like Sinatra was trying to show that his voice was an ever-evolving instrument.

Both the band and I had trouble with “Nancy with the Laughing Face” because it’s packed with so much, and the tempo changes so drastically throughout the song. I’m glad we did it though. That was Frank Sinatra singing to his first daughter, and now it’s me singing to Stella, so it’s very important.

What was the most valuable piece of advice offered to you by Sinatra’s band members?

Mike Smith, the bandleader, really, really tried to help me as much as he could. Before I sang for the first time, he brought me a cup of tea and said “This is exactly what Frank would use before he sang.” He told me the perfect amount of lemon to put in it and everything.

Are you anticipating any backlash from listeners who consider Sinatra sacred and untouchable?

We are doing this for charity, so I feel really good about what we did. I went into this with an immense amount of respect and reverence for what Frank created. I think Sinatra fans will approve, and I hope this project sheds a light on just how charitable Frank was.

How has training for and executing this project changed your view on singing and performing in general?

Before, I would just sing in the moment. Now, by doing this and analyzing how Frank Sinatra sang, I make sure every single breath I take and every word that has vibrato or inflection is considered beforehand.

Take a Chance for Charity is a really cool, creative initiative. At this stage, are you able to hint at who else is on board?

I did a record with my good friend Larry the Cable Guy back at the beginning of his career called Lord, I Apologize. That record actually went platinum. But he hit me up to tell me how much he enjoyed the Sinatra thing for charity, and I said “Well, I’m glad you called, because I was going to reach out to you to see if I could cash in that favor from Lord, I Apologize.” He is so excited to do it, and we already have a bunch of musicians set up in the studio for him. And then Chris Daughtry, who I just toured with, really wants to do a project as well.

Your Orlando show at the Abbey in support of the album sold out. Do you plan to schedule any more shows or tour this album?

I’ve gotten more calls for this show than any show in my life. We’re thinking of maybe doing some summer shows, and we’ve also talked about some gigs in Chicago and New York, or maybe even in England when I go to Europe with Alter Bridge this winter. I want to do this as much as I can, because it’s just an absolute dream come true.