You can’t get far in a Christian Lee Hutson song before a pretty scene or gentle start turns sour, jarred by reality. Sometimes, the turn is crude; other times, sardonic. On his second album, Quitters, opener “Strawberry Lemonade” starts, “In a dream drinking strawberry lemonade/Feeding quarters to a pinball game,” then adds evenly, “Getting paid to look the other way.”

Quitters, his hushed, pseudo-reverential singing over finger-picked folk starkly contradicts lyrics about betrayal, impropriety, and illness. The album relies upon mutated memory, half-truths, and sly one-liners to carry a cast of characters through an ever-changing California landscape.

The songs’ vignettes are blurred and roving, with characters inspired by everything from Hutson’s own life to books and TV. In one, the narrator stares at a despicable oil painting while sitting with a sick friend; another details a relationship between a man and a much younger woman; one takes place at a Kentucky state fair.

“Even if something did happen to me, I tend to think of them as stories more than thinking of them as an accurate record of an event,” Hutson says over the phone. “A lot of my songs are little collages of memories.”

Quitters has a tenuous relationship with truth overall: Hutson is “interested in the ways that we, or that people I know, will distort our own truths to protect ourselves from reality, or to protect ourselves from getting hurt, hurting other people.” That attention to perspective can make a character both offensive and pitiful, like the older man in “Age Difference” who “was suicidal before you were even born” but tries to make that “you” feel better with a John Malkovich impression.

“I definitely don’t think that memory is synonymous with truth,” Hutson says. Memories more so “give us an idea of how we feel about what happened.”

Hutson referenced a Radiolab segment he’d heard on tour: As you revisit a memory, it becomes corrupted by your current stimuli, which changes it more. Each time you remember a certain memory again, those changes compound. He compares that idea to family stories, which can become distorted as they’re retold and expanded upon, whether based on fallible memory or the teller’s mood. As he says in rocker-single “Rubberneckers,” “If you tell a lie for long enough/Then it becomes the truth.”

That’s evident in his penchant for repetition. “​​Something big is coming/Don’t know what it is yet,” sang twice, renders itself hopeful at first then nearly apocalyptic. “I hope I don’t remember this” followed by a thrice-sang “I hope I don’t forget again” mutates from thoughtful to urgent by virtue of its own echoing.

“There’s a fair amount of [lies or interpretations] that a lot of people [make] unconsciously just to make it through the day,” Hutson says. “If you were to really think about the truth of the world and the reality that we live in, without a little lie and a little humor about it, it might be too bleak to go on.”

The songs long to rewrite history in a number of ways. While he sings, “I hope I don’t remember this/I hope I don’t forget again” on “Endangered Birds,” “Strawberry Lemonade” advocates revision: “Pain is a way you can move through time/Visit people that are gone in your mind/And smooth over every wrinkle you find.”

Those lines seem harrowing, but Hutson’s wit often cuts between the toughest moments to bring in levity. Whether it’s the reference to Instagram account @siblingsordating (“Are they siblings, or are they dating/Is the game that we are playing”) or the wryly referential, “Beautiful losers, necessary evil/This is the church, this is the steamroller,” Hutson slides in snickers where he can.

“I grew up in a family where, whenever things would get really melodramatic or a lot of intense things would happen, it would always be undercut with some self-deprecating thing or a little bit of a joke to cut through the reality,” Hutson said.

While he said that humor might be “a defense mechanism to some extent,” he calls it a “healthy dose of reality” too, pointing to inspirations Randy Newman and John Prine.

Quitters isn’t a pessimistic album by his account, despite its bend in that direction.

“The whole record opens with my friend [Harrison Whitford, a guitarist for Phoebe Bridgers] laughing because what you don’t hear before the laugh is I fucked up the opening chord of the whole record seven times in a row, just so brutally badly, and then we got his laugh on tape right before I got right,” Hutson says. “And so when I hear it, it sounds like fun and like friendship.”

After all, he got to make it with “two musical heroes that accidentally became friends along the way,” Conor Oberst and Phoebe Bridgers, who produced the record and aided Hutson in his writing. He called the recording process a “ nice little fun party/family reunion”; at the time, the three hadn’t seen each other in about a year.

He says he often looks to Oberst and Bridgers to see if a lyric lands: “The people that I love and respect and their reactions to things are often how I gauge if I’m not just completely competent.” He listens equally for their laughter, their surprise, and for more muted reactions.

Huston created his first album, Beginners, over the course of 10 years; Quitters, while it contains some of Beginners’ extras, came just two years later. Part of that was the reinforcement from his collaborators; he says, left to his own devices, he has a hard time putting a song down for good.

“I got to make it with all my best friends, and I know that if I can’t play music anymore, the world just falls apart, that you know, they’re always going to be there,” Hutson said, “and we’ll all trade places sleeping on each other’s couches.” 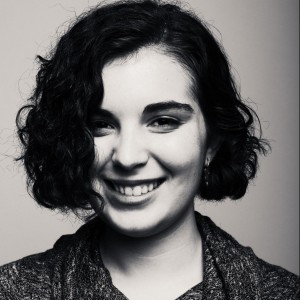