Duran Duran announced their North American headlining tour in support of their 15th and latest studio album, Future Past.

Kicking off on August 19 in Welch, Minnesota, the new wave legends’ tour will touch down in New York, Las Vegas, Los Angeles, and more. On August 26, they’ll perform at the WonderBus Music & Arts Festival in Columbus, Ohio.

Duran Duran was most recently nominated by the 2022 Rock & Roll Hall of Fame, and are currently in first place on the fan-voted leaderboard. 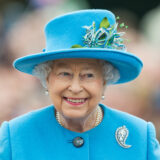