Mark Lanegan, the singer of Screaming Trees who also had a decorated career as a solo artist, has died at the age of 57. No cause of death has been revealed.

“Our beloved friend Mark Lanegan passed away this morning at his home in Killarney, Ireland. A beloved singer, songwriter, author and musician he was 57 and is survived by his wife Shelley. No other information is available at this time. The family asks everyone to respect their privacy at this time,” a statement obtained by SPIN read. The same statement was later posted on Lanegan’s Twitter account.

Born on November 25, 1964 in Ellensburg, Washington, Lanegan would form the Screaming Trees in 1984 with guitarist Lee Conner, bass player Van Conner and drummer Mark Pickerel. Though they were lumped in with the grunge movement, the group’s blend of hard rock and psych, which was powered by Lanegan’s booming vocals, stood out. Originally signed to influential punk label SST, the Trees would sign a deal with Epic in the early ’90s. The Screaming Trees would breakthrough on the strength of “Nearly Lost You,” which featured on the Singles soundtrack in 1992.

While in the Trees, Lanegan kicked off his solo career with The Winding Sheet in 1990. Released by Sub Pop and featuring appearances by Kurt Cobain and Krist Novoselic, it was the first of 11 solo studio albums he’d release. The Winding Sheet would feature Lanegan’s cover of Leadbelly’s “Where Did You Sleep Tonight,” which Nirvana would famously cover on MTV Unplugged. 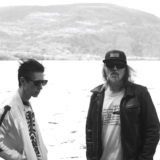 After the Screaming Trees broke up in 2000, Lanegan would go on to have success as a solo artist and feature in bands like Queens of the Stone Age and The Gutter Twins, his collaboration with Greg Dulli. He also teamed with Belle and Sebastian singer Isobel Campbell on three collaboration albums.

In 2020, Lanegan published his harrowing memoir, Sing Backwards and Weep. The book detailed his battle with substance abuse, his time with the Trees and his friendships with artists at the time, including Cobain and Courtney Love. We spoke with him twice in 2020 about his year, with two different vibes captured during that time.

More recently, the singer shared the impetus behind his latest project with Icarus Line’s Joe Cardamone. Lanegan shared with us his reasons for moving to Ireland, and eerily, told the following to our Tom Lanham this about death:

And if we’re lucky, we’ll both croak before the big end. But this is why I finally said, “Fuck it. I have to leave!” And I really didn’t care where I went.