5 Albums I Can’t Live Without: Dustin Kensrue of Thrice

Best known for  Singer/Guitarist of Thrice

Current city  On tour and playing Dallas the night while I write this.

Really want to be  Anywhere with my wife, maybe somewhere tropical, relaxing and adventuring with some good food and drinks.

Excited about  When this piece comes out I will hopefully be finishing up the companion record to the record we released last September, Horizons/East. (The new one will be, you guessed it, Horizons/West.)

My current music collection has a lot of  I’m not sure if were are talking about digitally or physically here. Physically I end up purchasing vinyl for records that I really love and like to have on around the house or with company over. So, there’s a lot of Arcade Fire, The National, David Bazan/Pedro The Lion, Nada Surf, Bon Iver. There’s also a lot of my dad’s old vinyl that I grew up loving and still love like the Beatles, Led Zeppelin, and the Rolling Stones. There’s also some of my favorite jazz records as well.

Don’t judge me for  Hmmm. Not sure if any of the vinyl would fit into that category, but we (Thrice) just did a video for our fan community The Alliance where we all picked our favorite “Non-guilty pleasures” since we think you shouldn’t be ashamed of what you like. I described how to pick them though as being the songs that part of you still might be embarrassed at if you were playing it and someone pulled up next to you at a stoplight. My three picks for songs at least were Natalie Imbruglia’s “Torn,” Cameo’s “Shake Your Pants,” and “Thunder in Your Heart” by John Farnham from the Radsoundtrack.

Preferred format  Streaming is fantastic, but artists should definitely be getting a bigger piece of the pie. It’s a shame that such an amazing technology exists and that the system has been so distorted to support giant corporations instead of the people who are bringing this music into existence.

I love vinyl records for a variety of reasons, but I think the biggest one is that I am a huge fan of the LP as an art form. While the physical limitations of how much music you can fit on an album are somewhat arbitrary in the way they define that art form, I think that it dovetails well with humans’ attention spans and ability to process a larger collection of music. I love making a record and intending for it to be heard in a specific order, and I like listening to music the same way. 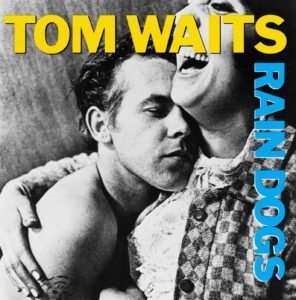 Tom is a living legend and I love everything that he does. This was my gateway into Tom Waits when my buddy Kent taped this record to one side of a cassette and OK Computer on the other side when I was probably a sophomore in high school. That had to be the most in influential physical piece of music that was ever given to me. While I love his entire catalog, this record will always hold a special place in my heart and my imagination. Musical and otherwise, wouldn’t be the same without the strange and disorienting beauty of Rain Dogs. 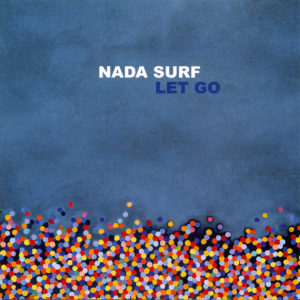 I picked this up when it came out in 2002. I had only really heard of the band from their hit “Popular” in 1996 when I came upon this gem at one of the listening stations in the giant Virgin Megastore that used to be near Times Square in Manhattan. I was hooked right away and took it straight to the register. There is never a time that I wouldn’t want to listen to this record, it never misses. There is a melancholic hope and sweetness and unyielding earnestness that pervades everything this band does and I love all of their records, but this is definitely the one I have listened to the most. It’s one of my wife and I’s favorites, and whether we are hanging around the house or in the car heading out on vacation, I never regret pressing play with this one. On top of all this, the album is so interwoven into so many memories that I’d be losing a connection to many of the best moments of my life if I lost access to “Let Go.” 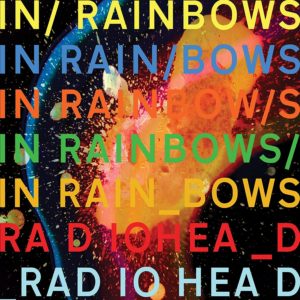 How does one choose which Radiohead record to not live without? It’s an impossible task. I could eliminate the first two from the running, and then start to weed one or two out after that, but even that is hard. I’m going with In Rainbows because its greatness is of a subtler nature than some of my other favorites of theirs. I remember putting it on for the first time and thinking, “Cool. This is a nice Radiohead record.” Sometime during that next week, I had the “holy shit, this record is amazing” moment. I have this thought every time I listen to it now. 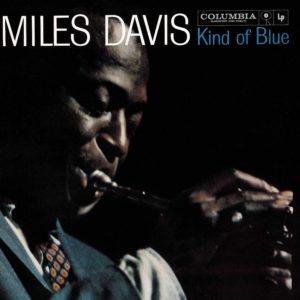 I feel like picking Kind of Blue as your favorite jazz record smacks of someone who isn’t really into jazz music. It was definitely my pathway into listening to more jazz, and while I have found so many other amazing records and artists, there is undeniably something transcendently perfect about this recording. If I picked something else I would just be picking it to try to seem more interesting; Kind of Blue is king.

I Am Easy to Find, The National 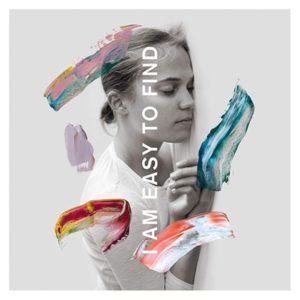 I have a hard time listing favorites. A year ago or so I found the language to say at least that The National was the most important band in my life, even if I couldn’t say they were my favorite (there are too many). But I could at least identify that their music had been woven into my life and soul in such a way that it could no longer be removed without destroying both. I thought of picking their earlier record High Violet which had been my gateway with the band. But there is something special about the way that this one hits me. I think part of it is that it will forever be inextricably intertwined with an experience I had with my wife before the record came out. We got tickets to see the band play in L.A. I was a little bummed that the new record wasn’t out yet, but a National show was a National show and we were excited. We showed up to a seated auditorium and sat wondering who the opener was since we hadn’t seen anything mentioning who it might be. Instead of an opener, the singer Matt Berninger walked out and explained that they would be showing us the new short film they had been working on the music to (which is connected to this album), and that they would then play selected pieces from the album afterward with help from local friends like Feist and Phoebe Bridgers. The surprise factor was amazing but, more than that, the entire evening was deeply beautiful in so many ways and I find my experience of listening to that record to be wonderfully and inextricably tied to the first experience of seeing the film and hearing the songs live.