In anticipation of Charli XCX’s upcoming album, CRASH, she released her new single “Beg For You” featuring Rina Sawayama. Charli and Rina have reigned over the pop world in recent years, producing fun and futuristic pop records that expand upon the ever-growing genre of hyperpop. Their years-long friendship seemed to indicate that a studio collab was always a possibility and here we are.

The track evokes the bubblegum sweetness of early 2000s pop that Sawayama and Charli are known to bring to their tracks. A dance sample from September’s “Cry For You” is featured on the song alongside production from Digital Farm Animals.

Charli’s highly-anticipated album, CRASH, is set to be released on March 18th. It has been two years since her last full-length album release, how i’m feeling now. This will be her fifth studio album and the final album in her record deal. To coincide with the album release, Charli will begin her North American tour in late March followed by her UK and European tour starting in May. 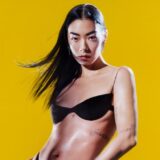