By late 1969 the Beach Boys were in deep trouble. The sunshine surf rock sound that skyrocketed the band to international fame was now firmly out of fashion, replaced by harder rock. Their long-running distribution deal with Capitol for their Brother Records imprint was over. It had been three years since their last big hit, 1966’s “Good Vibrations,” a transcendent piece of psychedelic pop, co-written by primary songwriter Brian Wilson and frontman Mike Love. That song should have set them on a new course from Pet Sounds towards Wilson’s long-gestating masterpiece SMiLE. Instead, the band famously lost steam, in part due to Wilson’s well-documented struggles with mental health. Their 15th studio album, 20/20, released in early 1969, was mostly a patchwork of castoff material. In a grim footnote, it also featured an uncredited songwriting contribution from cult leader Charles Manson, who was arrested later that year for the infamous Tate-LaBianca murders.

But, despite dramatic cultural shifts and myriad distractions, the Beach Boys never stopped working. They recorded all the time, either as a band or as individuals, generating dozens of new songs and rearranging an endlessly growing pile of older material. By November 1969, they signed with a new distributor, Reprise, and then went on to drop two of the most underrated albums of their nearly 60-year career: 1970’s Sunflower and 1971’s Surf’s Up. Both have been expertly remastered and lovingly reissued in Feel Flows: The Sunflower & Surf’s Up Sessions 1969–1971, a 133-song deep dive into this period. It’s absolutely packed with fascinating alternative versions, hilariously dated promos, haunting a cappella vocal takes, and heretofore unheard gems. An astounding 108 of these tracks have never been officially released. They reveal a group of experienced musicians, many near the peak of their creative powers, struggling to make sense of their legacy and embrace emerging trends in the popular music of their day. 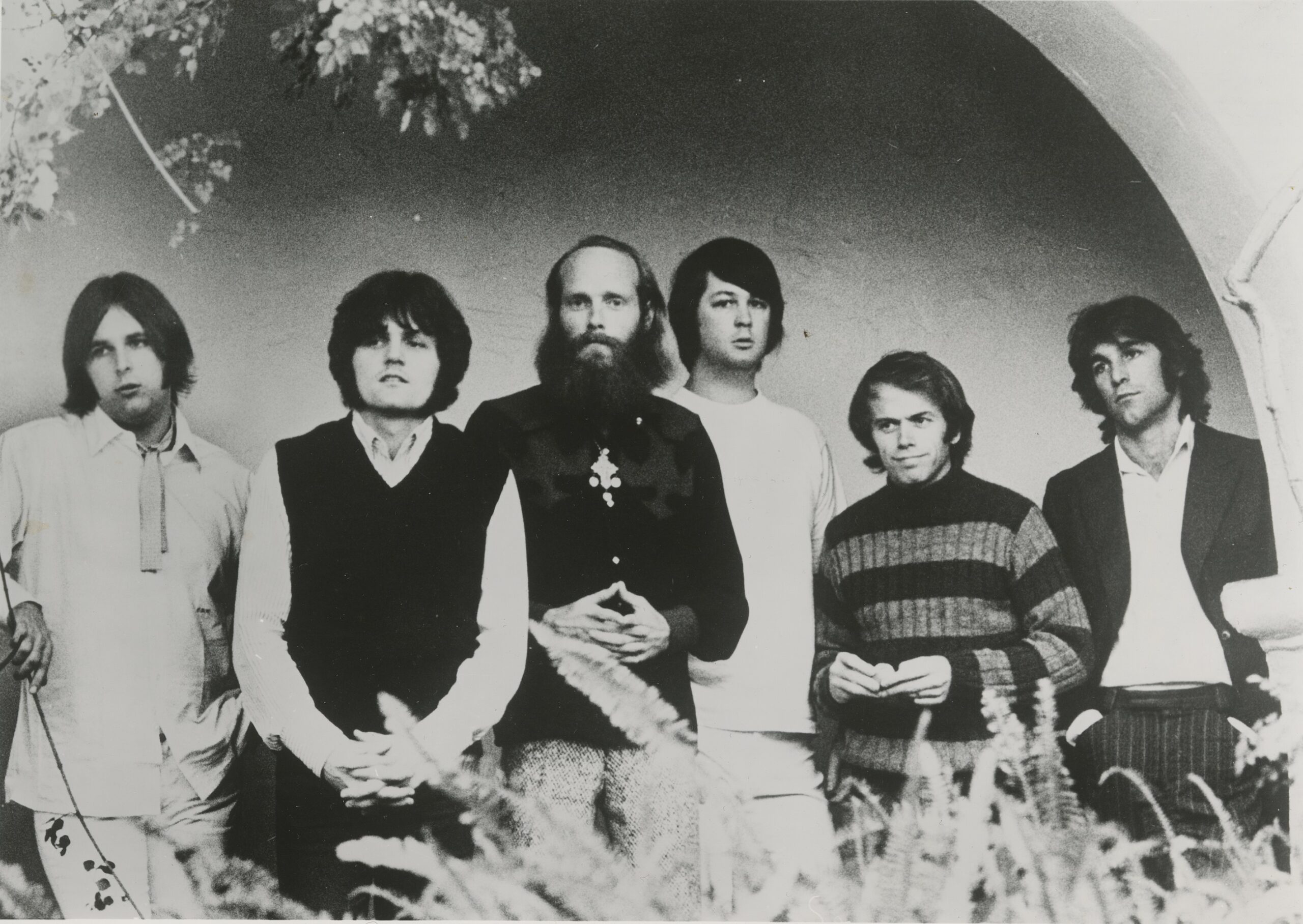 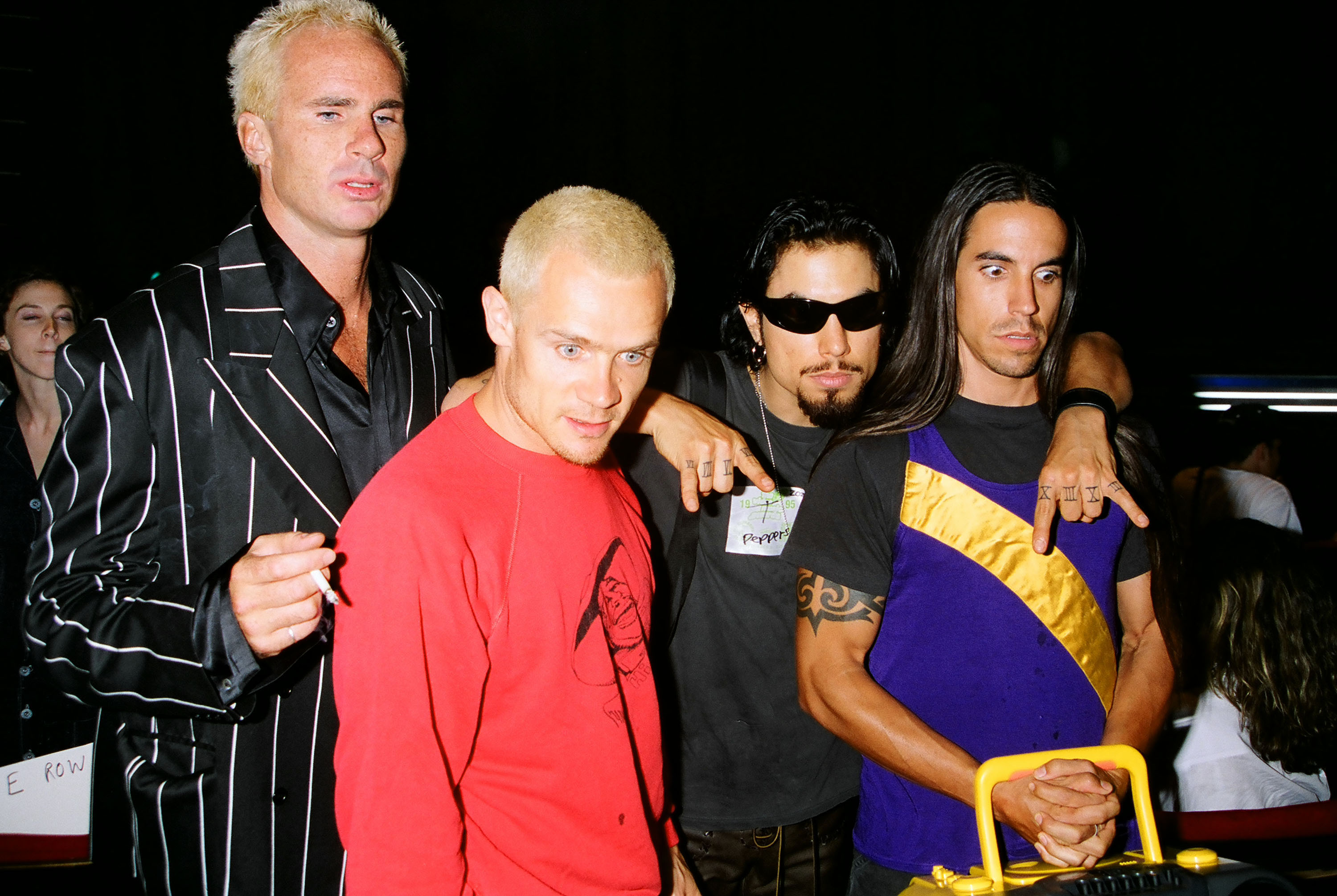 Both Sunflower and Surf’s Up received warm reviews from critics at the time but did not achieve the commercial success of the band’s earlier output. Over the years, a few of the songs slowly wormed their way into public consciousness, most notably Dennis Wilson’s “Forever.” It was infamously covered by John Stamos’ fictional band Jesse and The Rippers on the ABC sitcom Full House. Then, in a surreal twist of fate, The Beach Boys invited Stamos to sing lead vocals on their own reimagining of the song on 1992’s much-maligned Summer in Paradise. “Feel Flows,” prominently appeared on the soundtrack to Cameron Crowe’s glowing ‘70s rock autobiographical film, Almost Famous. This coincided with renewed interest in the band that led to 2004’s Brian Wilson Presents SMiLE, an acclaimed re-recording of material originally intended for the lost album that included a new version of “Surf’s Up.” And, elements of “’Til I Die” were used in a swirling audio collage created by Nine Inch Nails member Atticus Ross for the climactic sequence in Bill Pohlad’s excellent 2014 Brian Wilson biopic, Love & Mercy.

Much of the Beach Boys’ mythology has traditionally focused on the epic tale of Brian Wilson’s brilliant rise, tragic fall, and hard-won rebirth. Feel Flows has plenty of great Brian moments but also highlights the substantial contributions of all the members, helping flesh out their legends as well. This is particularly true for lead guitarist Carl Wilson, whose guiding presence is felt throughout both albums. When Brian was unable to finish “Cool, Cool Water,” Carl stepped up, becoming the band’s de facto leader during the ‘70s. Their other brother, Dennis, wrote four of the songs on Sunflower then went on to star in Monte Hellman’s cult classic film Two-Lane Blacktop opposite James Taylor. Touring member Bruce Johnston’s “Disney Girls (1957),” became a nostalgic fan favorite. And, perhaps the most essential revelation here is an effervescent early arrangement of the Mike Love composition “Big Sur,” which was later released in a more bittersweet form as part of the “California Saga” song suite on 1973’s Holland. It’s undeniably one of the best Beach Boys songs, period.

Sunflower and Surf’s Up also both clearly embrace more adult, socially conscious themes, especially environmentalism with “Don’t Go Near the Water” and “A Day in the Life of a Tree.” There’s also a very strong thread of health and physical fitness running throughout. Brian briefly owned and operated a health food store called the Radiant Radish and mentioned it in both “H.E.L.P. is On the Way” and “Sweet and Bitter.” Al Jardine’s silly “Take A Load Off Your Feet,” has the playful, absurdist energy of SMiLE-era cuts like “Vegetables” and “Getting Hungry.” There are a few genuine missteps along the way too, such as “Student Demonstration Time,” a truly bizarre example of too little, too late activism that borrows heavily from Leiber and Stoller’s 1954 song “Riot in Cell Block #9”, and a country-fried version of their cover of Lead Belly’s “Cotton Fields,” which should remain a relic of a bygone era.

While the Beach Boys didn’t have another Billboard U.S. No. 1 until 1988’s outlier “Kokomo” from the soundtrack to Tom Cruise’s Cocktail, they did make an extraordinary amount of important music during the ‘70s and ‘80s. Feel Flows is an absolutely essential document that takes the first steps toward rewriting the story of a band that managed to persevere against overwhelming odds. Their strength as a collective, underscored by a rock-solid work ethic, allowed for them to lean on each other, survive, and become an American institution.