Home » Features » The SPIN Interview » RZA Explains It All to Us

“Man, I’ve got to say I had a very joyous celebration,” RZA tells me, the day after his July 5th birthday. “COVID kept everybody away, so this was a great reason for all of us to gather and we gathered and we partied until the neighbors complained.” When asked how he likes being newly 52, he remarks that he “kind of stopped counting” sometime around age 40. “When I turned 40 years old, I was in China. I was preparing for the movie Man With the Iron Fists…” he says, of the 2012 film he directed, starred in and co-wrote with Eli Roth. “And I just looked at myself and was like, ‘You know what? I’m just me. This is me. This is the me I’m going to be,’ and so I’ve been that same guy since then. The only thing I can say that feels different is just the appreciation, joy or blessing of being able to add more numbers and circles around this sun and be, like, ‘Here I am still healthy and happy.’”

Since forming Wu-Tang Clan in 1992, RZA’s had so much to celebrate—recent months included. In August, Wu-Tang Clan played their first post-pandemic show in August at Red Rocks with the Colorado Symphony Orchestra. Today (September 8) Hulu launches the second season of Wu-Tang: An American Saga, the historically-fictionalized drama series about Wu-Tang Clan’s earliest days, created by RZA and Alex Tse. And in October, RZA releases his fifth studio album, RZA vs Bobby Digital, executive produced by DJ Scratch. “Saturday Afternoon Kung Fu Theater” is both the name of the first single from the new album, as well the summer screening schedule on 36Cinema, a live-commentary digital screening platform he founded last year.

If the life in RZA’s years was only all about external accomplishments, he would be consistently, incredibly at the top of his game. However, by example, he chooses to prioritize and promote the importance of inner work, including the benefits of meditation and maintaining a positive, healthy lifestyle.

“If you can sit still and meditate, you can walk and meditate. For me, my favorite is walking. Long walks, that’s really just getting everything—your mind, your body, even the toxins—you want to get out of you. They want to move away from you. Negative ideas would be flushed out through the contemplation of it.” He credits the importance of both Islamic and Buddhist studies on where he is now. “Along with my Christian background, all these different energies just really help me grasp what I should grasp as a person and I can honestly say that it works. It works and so I want to promote it.” 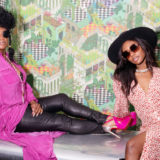 His lifelong interest in martial arts has translated to a way of life. “Master yourself and train yourself to be the best version of yourself. It’s the art [of it], so it does not only have to be expressed physically. It can be expressed virtually, emotionally, socially. What’s a social way of doing martial art? Maybe holding a door for somebody, you know what I mean? Maybe closing the door behind somebody so they can’t get in, you know what I mean? It’s a way of thinking. Then called ‘thinking’, it becomes a way of action, because a thought is before the action and then if you get it to Bruce Lee level, he says, ‘Don’t think, just feel.’ When you could get it to where you feel it, you know in Tai Chi, push hands and just close your eyes and just feel it without even having to think, that’s when it becomes automatic to you. For me, I apply that to my lyrics, you know what I mean? My lyrical skill is clearly based on martial skills…I might be…black belt on the lyrical tip. I would say, the greatest thing is to respect yourself through the training of martial arts.”

The mind, the body, the heart; compassion, health, purpose. For RZA, it all works together. A hip-hop pioneer, he’s heading a crusade of mindfulness, while continuing to break down boundaries in music and within himself.

SPIN How would you describe your new album?
RZA: I’m hip hop, but, see, let me just say one thing about it, about my music real quick. What I’ve done with my new music, collaborating with DJ Scratch is, I just let myself be free. I didn’t really put a boundary on myself, a boundary on my multiple performances, a boundary on my words, my energy. I didn’t do it. I just went for the free expressions of what the music, the vibe and the energy gave me at the moment and I captured it.

When people hear “Saturday Afternoon Kung Fu…,” I want them to get that feeling that I got when at three o’clock in New York City, a Kung Fu movie came on and all of the kids used to go into the house and watch it.

If you’ve never seen this type of action, this type of vibe, this type of characterization, right? Even the brotherhood of men fighting for each other, all dying holding hands and dropping dead, it was just such a new thing for us that we would come outside and we would emulate the moves. We would add it to our break-dance steps, you see what I mean? I want people to feel that same freedom of expression and energy when they hear my song like, “Okay, hold on. Wow, what is this? This is fun.”

It’s opening my ear, opening my body that day, it feels different for that moment of time of my day, that’s what I wanted to play.

Your new single offers something so unique. Do you think there’s an issue with new artists sometimes imitating existing artists’ sound?
Yes, they do. I think you can say that there’s definitely a lot of similarities between the artists. There’s less diverse artistic approaches than we had in the past. We definitely have more of a narrow scope of expression.

How important is a genre to labeling music?
Well, look, you want to always have great music, right? When it’s great, it becomes genre-bending, so a great case of that is simple, one of the Kings of Pop, Michael Jackson. I don’t care if he was rock, pop, hip hop, R&B: Michael Jackson was on your playlist, you see what I mean?

The same thing goes back to The Beatles. They go way back, but in The Beatles era, their songs were covered by everybody, you know what I mean?

People would be like, “Here is the soul version of Yesterday, here’s a rock version, here’s a country version.” Even CeeLo Green’s song, “Crazy,” once again is covered by multi-genres. I think a great song and great music is genre-bending, but we do sometimes need to classify things. We’ve been classifying things for thousands of years as human beings. We go Stone Age, Ice Age, Copper, so that’s what we do.

Me, I will classify my song as hip hop, because that’s my musical root, that’s my backdrop and if it spills over somewhere else, it does.

If one of these artists could be from– the Afro dance is really coming in, right? Burna Boy and all of those good dudes, the brothers from South Africa, Ghana, it’s hip. Okay, if it’s hip, you might as well put it in the category hip hop, but if they want to continue with the genres, they could say hip-hop dance, hip-hop classic. If they did R&B soul, R&B classic or alternative rock, they may have to start sub-dividing it, so that you know that there’s some elements of other things versus, it being just one broad everything is hip hop. 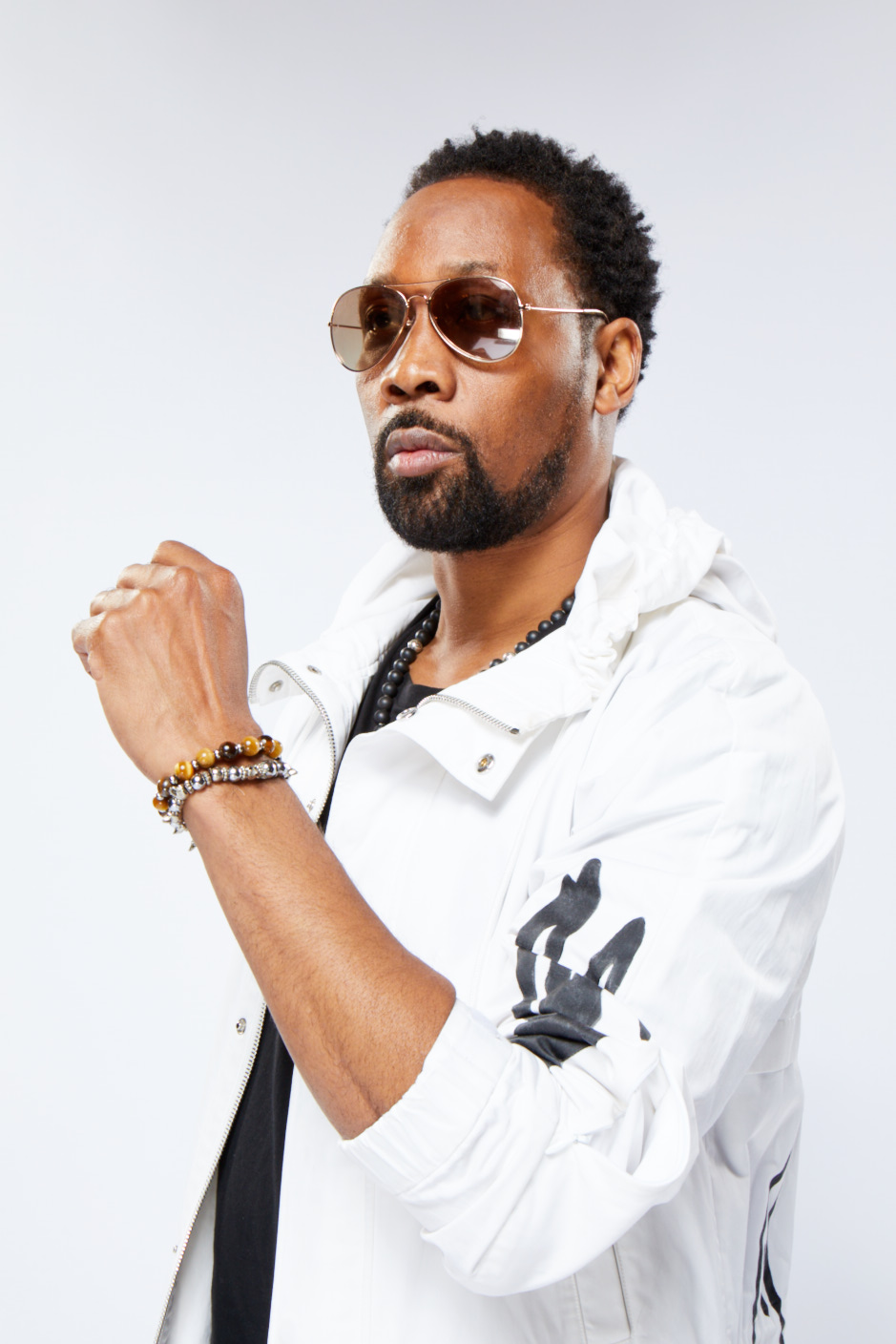 You’re a vegan. How does that tie into mastering yourself?
I don’t know if you did this as a kid. You go to school and you’ll buy a burger, fries and a big-ass soda. You go ahead not knowing that you’re tearing your body up. I stopped buying soda in my house years ago. Soda may pop up in the summertime, three times out of the year, because I prefer to tell people, ‘Just drink some water.’ Just keep it simple. That’s simple, but it’s those simple things that enhances, that makes the task of other things become simple, meaning the task with your body dealing with a problem. If it’s a simple equation, then the body does what it needs to and it becomes habitual and it becomes healthy.

That compassion is not just compassion for yourself, it’s compassion for things around you. For me, when that level of understanding started to approach me, it was like it felt totally illogical and unnecessary for me to consume meat, and to consume dead animals. Why would I want to eat a dead bird? Unless it was life or death. Man deserves to live. This is why, for me, I equate it in the Bible, where they was like, you have to sacrifice the lamb, and all that. They had plenty of sheep, flocks of them. They didn’t cook lamb chops every night. When it was time, they sacrificed one.

Point being made, the consciousness of it struck me. Healthy body, healthy mind, and a healthy heart. For me, it’s less guilt, less strain on my heart, and my emotions because I’m not consuming the things that tamper with your emotions. Even if you’re eating a dead cow, that cow has fear before its death, in most cases. He’s shot up with steroids and hormones. The chickens are confined, and the pigs in unmovable locations. You are what you eat. You’re taking in all their toxins, all their poison, all their fear, and that’s going into your body.

It’s my growth, and it definitely worked for me and my family. Not just my children, even my siblings are more diet conscious. They’ve spread it to my cousins. We start first with our family, I think. Then from your family, you can hopefully get to your community. From your community to your county, city, state, country, world.

Do you think music can change the world?
The answer, of course, is yes. Music has changed the world, over and over again, for good and bad. The artists themselves, they come, and they create things that inspire us. It’s a broad wavelength that resonates. Music is a resonance form of art. If you go back and you hear when in the ’60s before civil rights, people were making songs, it was a dance vibe going on. Everybody is dancing to “Good Golly, Miss Molly,” and all these types of things. Once the Civil Rights Movement started growing, you started hearing “Ball of Confusion” from Temptations, “What’s Going On” from Marvin Gaye. You started hearing Curtis Mayfield, just all these artists, including Bob Dylan, John Lennon, “Imagine.”

Everybody started writing songs to uplift humanity, and it did. Then, of course, when people were free and became idle, we had more time to play. We started playing, and then you’ll hear music started going into more nightclubs, dancing, discos, sex, and drugs. Then that goes big. You can go back and you’ll see so many of the same rock ‘n roll guys who came from that culture, now needles and heroin is part of their culture. Sexism is growing. Then, another form of music evolves, hip-hop. Which takes it and verbalized the pain of the community, as well as the good times.

Music does change the world.