On 2020’s I Disagree, perpetual shapeshifter Poppy found catharsis within her “post-genre” chaos, utilizing whiplash transitions from djent-y metal to candy-coated electro-pop to many places in-between. Part of the thrill was submitting to the unknown of it all — like with “Concrete,” a song that somehow feels like a mash-up of Nine Inch Nails, the Beach Boys, Michelle Branch, Queen and System of a Down.

But for an artist with a reputation built on surprise, perhaps the most startling U-turn is to stop swerving so wildly. Ironically, the singer’s fourth album, Flux, feels like the opposite of a flux. Working with producer Justin Meldal-Johnsen (Beck, St. Vincent, M83) and tracking live with her touring band, Poppy wound up with nine tight, hook-focused songs that favor front-to-back consistency over constant mayhem — drawing on stoner-metal (“Lessen the Damage”), pop-punk (“Mean”), new wave (“Hysteria”) and shoegaze-y dream-pop (“As Strange As It Seems”) in satisfying bursts.

“On Flux, I wanted the songwriting to be the focal point, more than just the rollercoaster of emotions that I Disagree was,” she tells SPIN. “I feel like the statement and the overall point-blank message is apparent in the songs.” The title, then, is “more about me being in flux, mentally and emotionally. I don’t know if there will ever be a time when I’m out of flux.”

Poppy spoke to SPIN about the album’s heavy emotions and massive choruses, the band-tailored recording process and learning to embrace the inevitability of life’s flux. 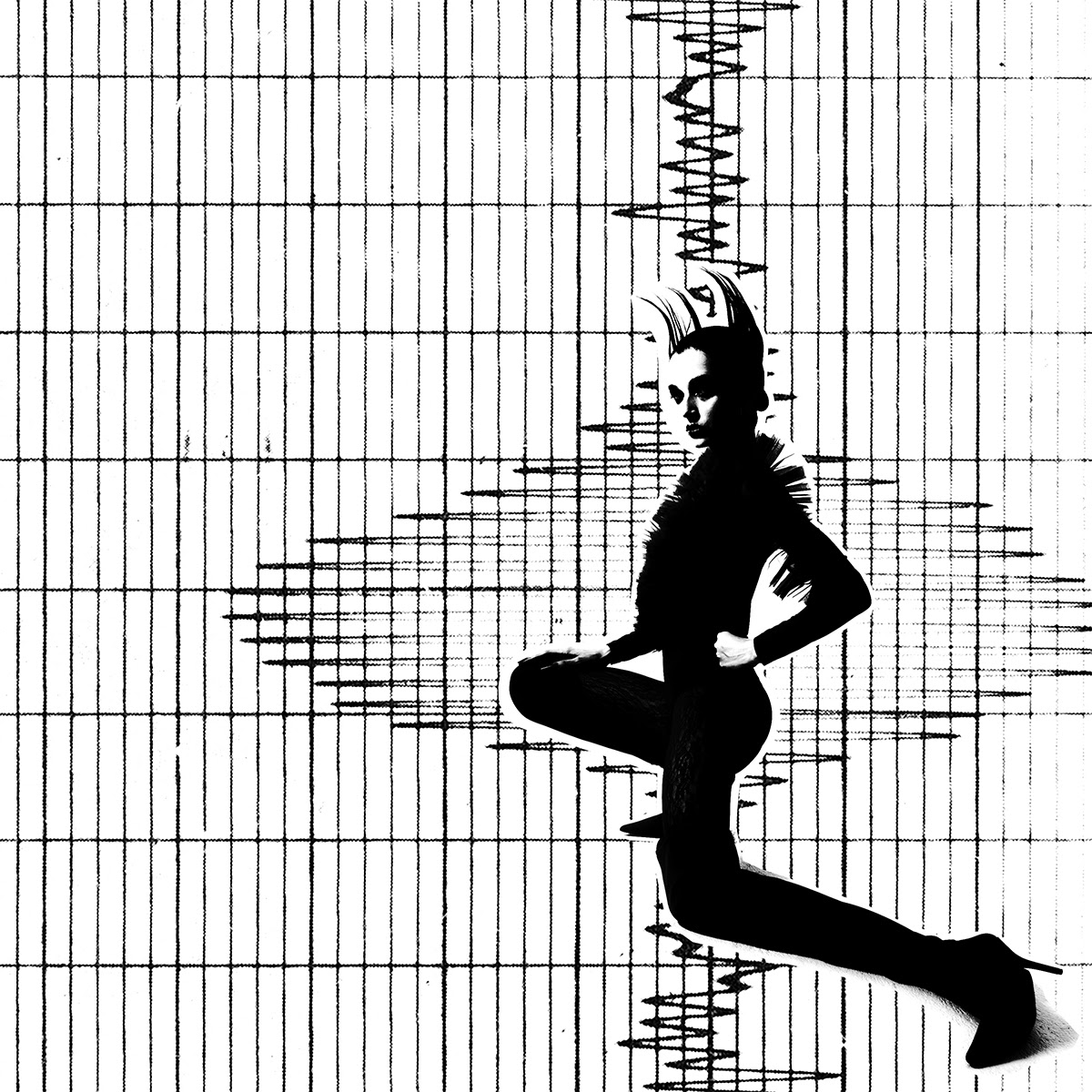 SPIN: What are you up to?
Poppy: I am making vegan pumpkin muffins.

When I spoke to you late last year, you said the direction of this new album “felt right to you,” adding, “I’ve been excited in the past, but this feels special.” Was there something about the style of Flux — about this side of yourself — that felt right to explore this time?
I think the approach was just very exciting to me. It felt very alive. And to have my touring band involved in this capacity was really a wonderful experience because we all got to be in it together, and I feel like we learned a lot about each other through the process. We were all very excited to be working with Justin. We’re all fans of his previous work, and the spirits were very high. And [given] the time of darkness and the world being so bleak, it was a very high point to the last year.

You wound up with a more band-friendly, organic sound. It feels less processed than I Disagree, or less locked in on the grid, so to speak. Did you have the idea to do that early on? Was Justin involved in that decision?
For all of us to be in the room together, Justin wanted to make a live record. And he mentioned at the very beginning of it — his exact words were, “I’ve never been this little prepared to start an album,” which made me very excited. [Laughs.] We didn’t know what we would get, but there’s no wrong answer. [It’s like] when you start the process of making an album and you’re open-minded to let it dictate where it wants to go. I wanted something similar to what we ended up with, but it’s actually way better than I thought it would be. And the experience was way more exciting than I anticipated.

Your earlier work has become famous for its sonic shifts and dynamic extremes — whether that’s mid-song or from track to track. This album obviously marks a huge change. Was that a conscious decision to focus and pare things back? How did you arrive here?
I would just say that I love lyrics. I love melodies. I love catchy music. I’m a fan of pop music. But I feel like with Disagree, there were a lot of elements that I loved and points that I wanted to further explore that were just glimpses in that album. But on Flux, I wanted the songwriting to be the focal point, more than just the rollercoaster of emotions that Disagree was. I feel like the statement and the overall point-blank message is apparent in the songs on Flux. With Disagree, the process and the writing were more of a culmination of many ideas within a song, and there wasn’t one main theme to each. There were many ideas being communicated per song.

It’s funny because you’re so known for surprises and twists within your music, but when an artist — I think of Beck, for example — becomes so known for that, the most surprising thing you can do is simplify things. Did you enjoy throwing people a curveball?
I don’t set out with the intention to do that. It truly just comes from how I feel emotionally at the time. That’s what the music is. It’s not that I’m laying down the foundation of “I’m a surprise.” With Flux, it was more about me being in flux, mentally and emotionally. I don’t know if there will ever be a time when I’m out of flux. I’m accepting it as part of myself.

I can relate to that. I’m constantly craving more for myself and feeding into this myth that everything will be great once I accomplish this or that.
Yeah, there will never be a point where you get to the top of the mountain and it will be enough. I identify with that. It’ll never be, “Well, here I am. I’ve arrived.” There’s always going to be something else that I want. It’s important to recognize that if you’re somebody who identifies with the sentiment [that] there’s always going to be a level of discontentment. I think it comes from seeking your inner peace and inner truth to find some kind of wholeness within yourself. I think that might be the true meaning of existence — just seeking being a better whole person and being at ease with it. People that I admire most, they’ve not achieved complete and total enlightenment. It’s always something you actively have to work toward.

You told me before that you wrote these songs in a “very confined space and time, about things that are very close to me.” I’d like to know more about both of those things. When and how quickly did you write these songs?
It was actually a great space between when the demos were written to when the recordings took place. We recorded it in the fall of last year. One song was written two years ago, and the rest was written in the spring of 2020. I dropped [the] Eat [EP in June], of course, before the singles from Flux started coming out. But they revealed themselves as two separate bodies.

The heaviness and emotion of these lyrics mostly speak for themselves, but was the idea of “flux” a real connective tissue for you when you were writing?
A couple people have asked me if the album is more personal. With this one, I just think I spent more time on the lyrics. And I feel that, for the first time when I was writing the lyrics, I was living these experiences for the first time. Sometimes lyrically, for me, there’s a period of reflection and almost a delay of when you’re OK writing about certain topics. But these are written in the real time of when they were experienced.

Was there a song that sparked Flux for you?
It just told me what it wanted to be, and it wasn’t until we got in with the band and started playing the songs that it really took on its own identity. But as far as the grouping of songs, it became very clear to me which ones wanted to be together. “Hysteria” was the last song written, and “Flux” was the second-to-last song written.

I’m happy you mentioned “Hysteria.” I love the new wave/post-punk vibe on that track. How did that develop?
That one was actually Justin playing everything. That was the only exception to everything else. We were in the studio, and [the album] was going to be eight tracks, and I said, “Justin, I think we should go for one more song.” I said, “I have this song,” and he said, “Alright,” and we went to the back of the studio, and he pulled up a drum machine and did a beat. And I sang, and he was playing guitar. We did a demo, and I actually had to fly away the next morning, so he built it up from when I left, and I tracked vocals remotely and flew them back. [Laughs.] It almost has a Sonic Youth-esque vibe. I love that song. I think it’s a good end to side A.

Justin’s worked with so many great artists across such a huge musical spectrum: M83, Beck, Deafheaven, Paramore, St. Vincent. What projects of his were you drawn to?
I love M83. They stand out to me as being the artist that Justin’s worked with where I was like, “Who did this?” Once we started working together, I found out he’s [involved in] the Deafheaven project, working on that album when we were just starting mine. He’s really great to work with, and it was really fun to track vocals with him as well.

How so?
He was just very encouraging. And also, when I would do takes, he’d have a sheet of paper where he’d mark them down on a little clipboard, and it was very fun to watch. “That one will do.” [Laughs.]

There’s an interesting contrast on “So Mean,” which is uplifting musically, even though the lyrics are very dark (“Every day I wake up, it’s a struggle.” “You taught me how to hate myself”).
In the past, I was around people who were less than ideal, and I had a really distorted view of my reality. And I realized that I wasn’t liking the person that I was becoming, and it was almost like a haze was cleared, and I was able to see things as they were. I was becoming a very angry person — angry mostly at myself. When you’re younger and you’re growing up, there’s a lot of stuff you take in subconsciously, based on your influences and surroundings. I caught myself falling into very angry patterns, and that was because of the environment being less than ideal for me — and hating myself.

My favorite track might be “As Strange As It Seems,” where you tap into some of that beautiful, dreamy M83 spaciness.
When we were recording that in the studio, I got chills. That one is really special to me, that song in particular. I really like the vocal harmonies in that song. It’s just very spacey — a song that you want to drive to and also cry to.

That’s a rare but special combo.
Yeah, the “cry while driving.” [Laughs.]