A Day in the Life of…Chris Mac of SIX60

In case you haven’t heard: SIX60 are the biggest band in New Zealand’s history.

After meeting at the University of Otago in Dunedin, New Zealand, Matiu Walters (vocals, guitar), Marlon Gerbes (synths), Eli Paewai (drums), Ji Fraser (lead guitar) and Chris Mac (bass) formed a band in 2008. Their name came from their address: “It’s named after the student flat we lived on at 660 Castle Street, which we recently bought this year,” Chris Mac tells us. Their eponymous debut charted at Number 1 in New Zealand upon its release, and was certified gold within a week. And it was only upwards from there for these guys. To date, SIX60 are one of the biggest bands in the world. Only in their 30s, they’ve already surpassed pop stars to becoming certifiable icons.

“New Zealand has great musical influencer: reggae, roots, hip hop, pop, a lot of the history of the music that’s loved on our island finds its way into the music,” Mac says of their homeland, which, as a COVID-free nation, has allowed them to continue to perform their notoriously jam-packed live shows to tens of thousands. When asked what he loves most about New Zealand, Mac responds: “Our fans. The connection we have with the ‘day one’ fans at home is very special.” 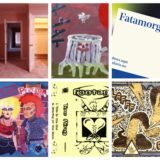 This month they’re coming to the US, playing at LA’s The Fonda Theatre on October 9 and NYC’s Webster Hall on October 14. For a band known for creating a legendary live experience, you may just wanna check them out.

“Creating with the boys and challenging each other,” is how Mac describes their recent creative process. Their newest single “Pepeha” is a stunningly lyrical, echoing anthem. “Pepeha” is a way of introducing yourself in Māori, the indigenous language of New Zealand. With its swelling strings and mixed-in Māori lyrics, the song is so damn beautiful it will make you cry.

When asked to describe their versatile sound, Mac states: “It’s a unique blend from five guys with very different musical backgrounds and styles. Roots and reggae-inspired stadium R&B pop. Maybe we can make that a genre title.”

Every day starts with Coffee.

Breakfast consists of Just coﬀee really…maybe OJ if there is any in the fridge…which there was not today.

To get going I always Have my mind up that I will do some sort of exercise. I can’t leave it up to choice, otherwise it’ll never happen.

I don’t feel dressed without Headphones. Some say it means I’m not comfortable just being with my own thoughts but I say….uhh, no!…shut up!

Before I start working I must Exercise and have had a bit of me time.

Currently working on Some new music, but answering these questions is my number one priority currently.

But I’d really love to be Cuddling my two dogs, wife and daughter. In that order. (Obviously joking, all at the same time sounds like a dream right now, being overseas.)

Book I’m reading Nothing currently. I occasionally go through stages of reading and then three or four years of abject illiteracy.

I don’t know how anyone ever Does nothing. Some people seem to be happy having a quiet night at home. I’m not built that way. I like fun!

If I had to play one album on repeat, it would be Annoying, honestly. But if I have to answer, maybe Young Modern by Silverchair?

The perfect midday consists of A beer and some mates. Any time of the day for that really.

To help get through the day I need Something I believe in to engage in…make music, paint. Otherwise, the knowledge that there’s something fun to do when the day is done.

Not a day goes by without speaking to Myself mainly…a constant back and forth there…but also my wife and daughter.

My daydreams consist of Creating something amazing. Something perfect. Something special.

In a perfect day, in a perfect world I would Actually have an active metabolism and eat whatever the hell I want for once without gaining a million pounds.

Currently in love with The fresh T-shirt I put on today. Does anything beat a new fresh
T-shirt? No. Nothing does.

Hoping to make time to Watch some great live comedy shows while we’re in LA.

By my bedside I always have My phone…and whatever jewelry I actually get around to taking oﬀ before I pass out.

To help get through the night I listen to podcasts to help me fall asleep… Oh and red wine…of course…as much as it takes.

When I think about tomorrow, it’s always The day before.