Yendry Is the Trilingual Pop Star of Tomorrow

Yendry is not an artist to be boxed into any one genre. Yendry’s genre-bending sound is a reflection of the long road she’s traveled. With roots in the Dominican Republic and Italy, her music is influenced by the Latin rhythms of the Caribbean and the electronic edge of Europe. Bridging the gap between both sides of the Atlantic, she’s drawing on her unique upbringing to carve out a space for herself in pop.

“I had the chance to see two different cultures,” Yendry tells SPIN over Zoom. “I was extremely lucky. I had all Latin influences, like salsa, bachata and merengue, but I also have the Italian side. What we call neo-melodic music.”

In under a year since signing with RCA Records, her global-minded pop — sung in English, Spanish and Italian — has amassed over half a million monthly listeners on Spotify. Damian Marley, who teamed up with Yendry for her new single “You,” is among her growing fanbase. Though her success may seem like an overnight story, Yendry’s road to musical freedom hasn’t been an easy one.

When Yendry Fiorentino was a child in the Dominican Republic, she was left in her grandmother’s care after her mother moved to Italy to support their family. Yendry later moved with her mom to Turin when she was four years old. Not only did Yendry have to adjust to life on another continent, but she also dealt with discrimination. As an Afro-Latina, Yendry faced racism growing up in Europe. She was looked down upon and called anti-Black slurs by locals.

“The situation is still fucked up,” she says. “The younger generation is trying to fight to change that. It’s something that we’re still working on and kind of improving.” 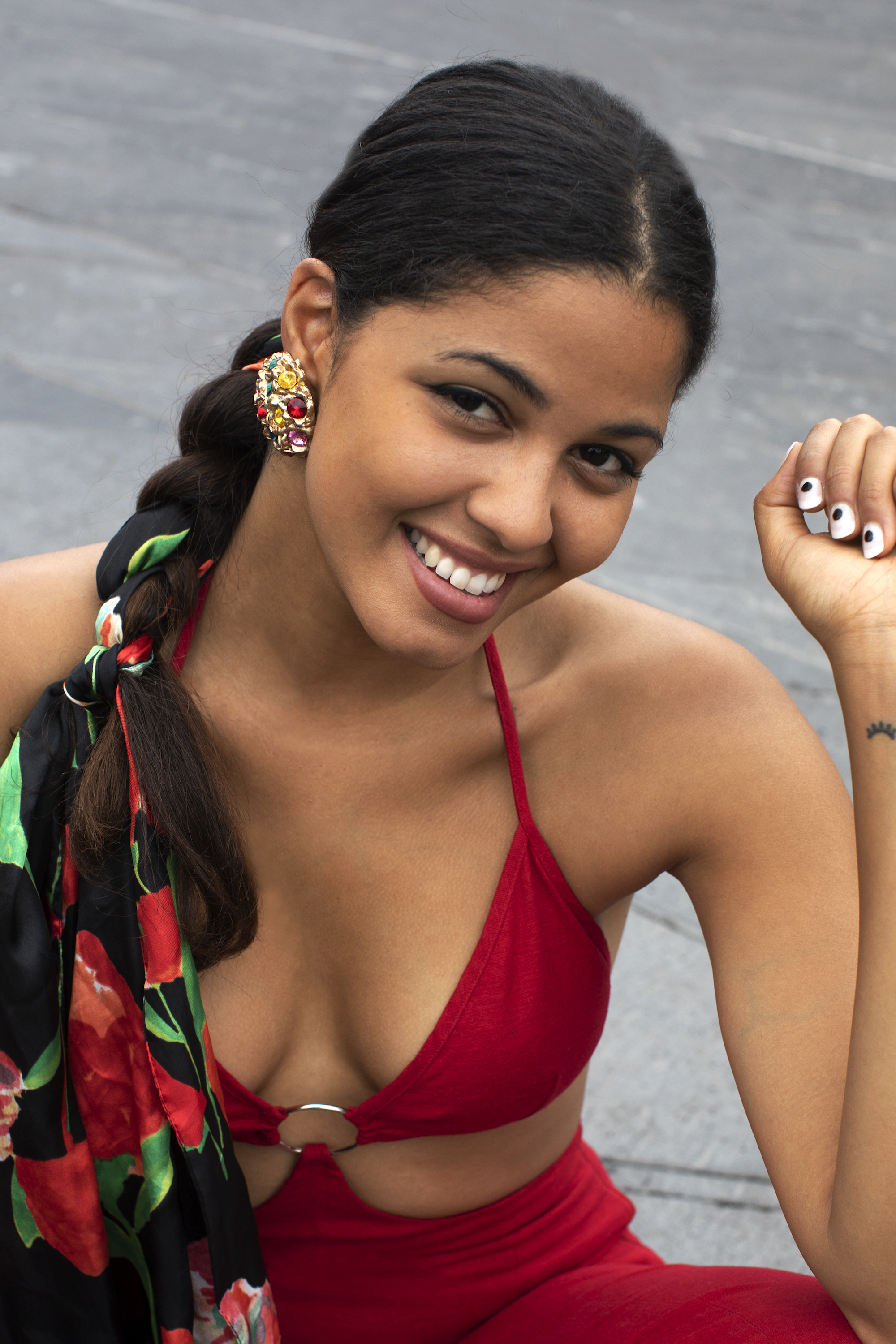 As a teen, Yendry found fame as a singer on X Factor Italia in 2012. She came in fifth place and released one single with Sony Music Italy before parting ways two years later. With her newfound artistic independence, she fronted the experimental band Materianera for a few years. And as she started moving between Italy and the Dominican Republic, Yendry wanted her future music to represent both of her worlds.

“I get goosebumps when I sing in Spanish, so I want to really go back to my roots, and share my stories,” she says.

While still independent, Yendry began writing about her heavy life experiences and released her breakthrough single in 2019. “Barrio” drew inspiration from the abuse her mother faced in a toxic relationship to finding a supernatural strength to move on. In 2020, she followed up “Nena,” an ode to the loving message Yendry’s mom gave to her before leaving for Italy.

“I felt like in the Latin community, in the Dominican Republic, they were not talking about these issues,” she says. “It was like taboos. I wanted to empower my own people. At first, it was my family. I have 42 cousins, and most of them are girls. I feel like they’re really empowered about what I think and what I tell them.”

From the buzz behind “Barrio” and “Nena,” RCA Records signed Yendry last October. “They saw the rawness of the project but also the authenticity,” she adds. “I’m like, ‘This is who I am.’ I feel like now I’m ready.”

Yendry’s first single with her new label was “El Diablo,” which showcased her trilingual prowess and musical range, mixing trap beats with a pop and flamenco edge. For “Se Acabó,” a reggaeton banger with an electronic glow, she teamed up with Dominican rapper Mozart La Para.

“I’m trying to mix different cultures, so I always believed that doesn’t really have any genre,” she says.

On her new single “You,” Yendry sings in English alongside reggae legend Damian Marley. The love song was born out of a session that Marley’s producer invited her to because he believed she was a “breath of fresh air.”

“We were simply jamming,” Yendry says. “I love when a session starts out like that because you just jam and things come up naturally. The way [Damian] comes up with lyrics is just unbelievable. The way he thinks is really inspiring for me.”

Yendry is currently working on her first body of work as an artist. There’s music coming with Colombian superstar J Balvin, she’s in talks with M.I.A., and she hopes to work with Frank Ocean and Argentine-Spanish singer Nathy Peluso next. The diversity of Yendry’s collaborators — and the people on her wish list — reflect the versatility of her vision.

“I would love to have a world tour and share my music everywhere,” she says. “That’s what I really want to do. I want to sing for everyone.”