If the sun were shining, Reaper Mook and NiceGuyxVinny would be sitting in the shadow of a lighthouse. But few rays crack the concrete sky on this overcast mid-August afternoon in downtown Long Beach. The locally-revered rapper and producer (respectively) share a wooden bench, conversing while watching the rancid ocean water sway nearby docks. Long Beach natives, collaborators, and now roommates, they could be discussing anything from the muggy weather to their next project and the rent.

Mook nods behind dark Versace lenses when I arrive and lifts his broad, 6’7” frame from the bench. He regrets to inform me that Parker’s Lighthouse, the upscale seafood restaurant he selected for lunch, has a new daytime reservation policy. Instead of waiting for a table, our trio dines at a nearby Southern restaurant.

“[My brothers and I] were sharing a dollar to get 50 cent bags of chips,” Mook says later when discussing his affinity for fine dining, our conversation scored by cawing seagulls. “To be where I’m at now… I don’t even acknowledge the fact that it was just such a fucking long shot. I’m living a dream most of the time, but I really go hard in the streets and get my money out of it.”

For the Pagne — the 29-year-old’s first album released under the Reaper Mook moniker and the first distributed through Bay Area-based label/distributor EMPIRE — is a document of that street labor and the luxuries it has afforded. This is not the G-funk of regional forebears like Snoop Dogg and Warren G, but it’s equally smooth. Backed by sampled loops of lush, string-heavy soul and sparse drums courtesy of Vinny and several other producers, Mook delivers unadorned lines about hustling in a calm yet deep, husky voice that imbues even the most innocuous line with gravity. Somewhere between Roc Marciano and Rick Ross, For the Pagne is minimalist kingpin rap from the East Side of Long Beach. You can imagine Mook draped in a white linen suit, puffing on a coma-inducing blunt, and sipping from a chilled bottle of Veuve Clicquot as the yacht speeds past the Queen Mary. Listen closely to the deftly sequenced album, however, and you’ll hear Mook weighing risks against rewards.

“I do want to get out of the streets and not be such a prominent figure in the world that I came up in,” Mook explains today. “But I want to maintain being an example of someone who came from nothing and went hard and built it up.”

The second youngest of six children, Mook shared a single bedroom with his four brothers for much of his childhood. Grandma’s home near Long Beach Poly High School offered stability during the family’s frequent moves and exposed Mook to bluesmen like Bobby “Blue” Bland. Though he played several brass instruments in his middle school band, Mook also stood six feet tall in seventh grade. Following the playbook of older family members who’d excelled on the football field was expected, even if Mook was passionate about music. 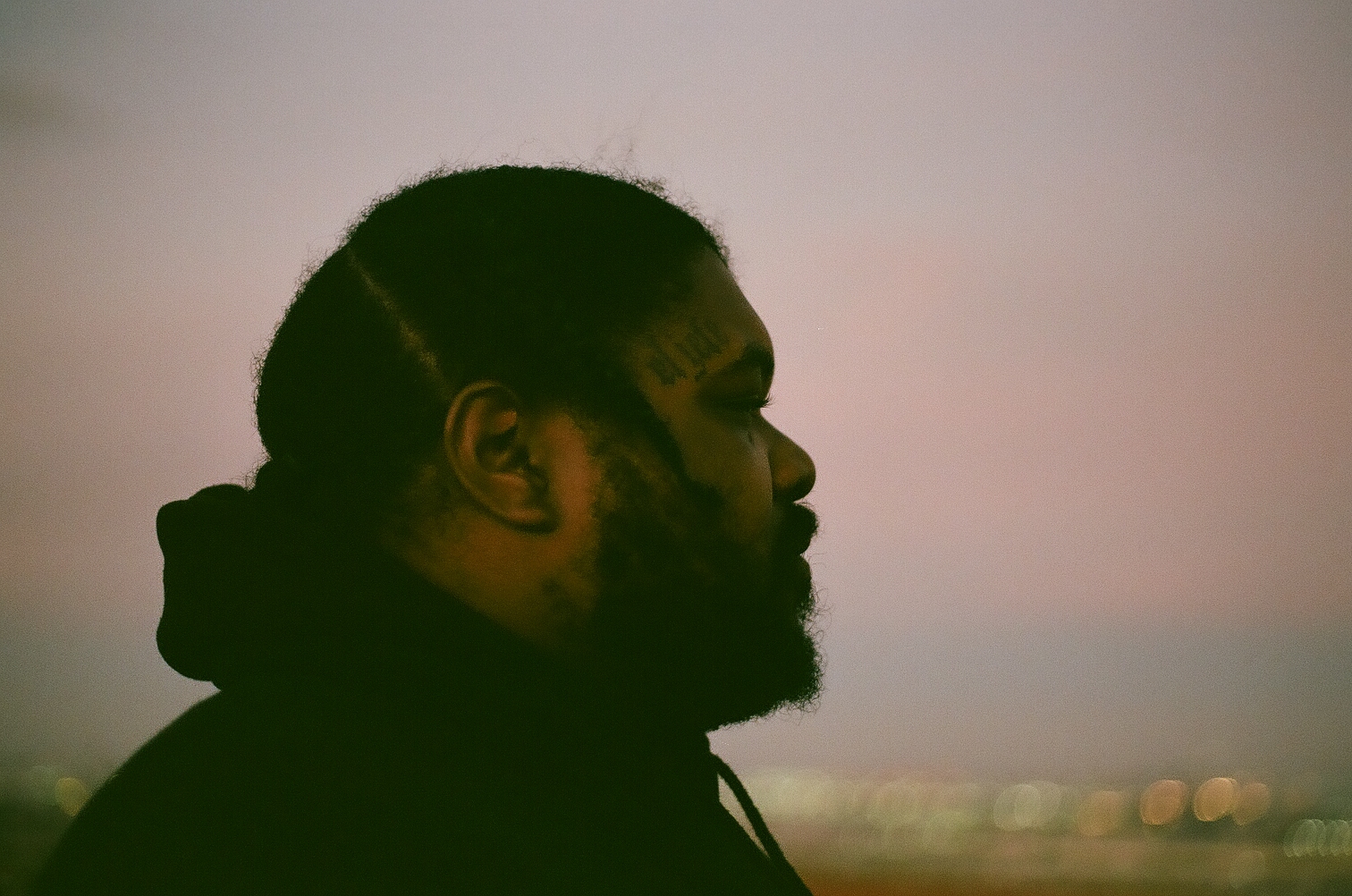 “Music took a backseat to me playing football,” he says of his time playing offensive and defensive line at Poly. “I was 6’3”. I felt like I was supposed to play ball, and I just did.”

By senior year, Mook couldn’t crack another helmet to keep someone else’s dream alive. He left the team to continue tattooing the peers who’d encouraged his innate drawing ability. Working as a novice tattoo artist was lucrative, but he soon followed his family again. “Up to a certain point, you wouldn’t see me without a gang member. Everybody was doing it. It’s a tradition thing. Certain areas and cultures have traditions that they pass along, and I feel like from a very young age you know what hood you’re about to claim.”

The incarceration of two older brothers inspired Mook to redirect his focus. Hanging at the now-shuttered Long Beach clothing store Proverse brought him into contact with local musicians, Vinny included. Another member of the Proverse cohort was Dez Yusef, with whom Mook formed Crimewave 5150.

Adopting the name JSNMSK, Mook joined Yusef in creating hybrids of grim Memphian trap a la Three 6 Mafia, searing punk, and banging industrial music that lyrically covered everything from gangbanging to gentrification. At roving house party shows dubbed Grown Ass Pizza Party, they incinerated homes and backyards all over the 562, risking life and limb while stage-diving off of roofs into mosh pits drenched with sweat and marinara sauce. Their shows became a microcosm for Long Beach, unifying seemingly disparate yet coexisting subcultures thriving in the city. Hip-hop and punk crowds converged with skaters and gang members, and Crimewave 5150 became a local fixture.

But regional renown didn’t pay the rent. When Mook’s relationship with Yusef became temporarily strained, music seemed like it would never be a viable career.

“[Me and Dez] had a little falling out, and I started to shift my efforts away from making music. I started getting back into hustling and making real money again. That became my primary motivation in life.”

Just before the pandemic, Mook learned he would be a father. The impending birth of his now one-year-old son spurred him to pursue musical dreams one final time. “My mentality was like, ‘I still fuck with this music. I’m going to give it one year.’ A couple days after that, me and Vinny made [For the Pagne’s] ‘Up 10.’”

Now that they have a packed album release show at Long Beach club Que Sera behind them, Mook and Vinny are plotting their next record. Inspired by the work of UK jazz-funk duo Yussef Kamaal and L.A. pianist Robert Glasper, they want to move beyond sampling records, instead planning to hold recording sessions with musicians from which Vinny can sample. While that project comes to fruition, Mook is equally focused on his burgeoning legitimate hustles, including a marijuana company (Reaper’s Cut). He’s still incredulous about music affording him a living, but he’s hopeful.

“I’m still hella skeptical of everything,” he says after lunch, the sun now shining as he stands in the shade and smokes. “I just operate with a little blind faith on most of this shit and just let it do what it’s supposed to.”