Lounging in her loose jumpsuit, songwriter-producer Jennifer Decilveo might be laid back in her steel chair laughing in the middle of New York City, but she’s never been more serious.

“I’m not a political dick sucker,” she exclaims, her voice echoed by the skyscrapers surrounding a concrete park in Manhattan. “Going to tell you that right now. If I don’t like somebody, they’ll know it.”

That hardscrabble, no B.S. attitude might not be for everyone, but the New Jersey native’s authenticity is what has helped some of the biggest names in music churn out hits. Despite her laissez-faire demeanor on one of the hottest days in Midtown in mid-June, one thing is instantly apparent: For Decilveo, songwriting and producing is a serious game. “People who call themselves producers and don’t produce or write really piss me off,” she says, while casually sipping on her Spindrift. Decilveo puts in the work. Right now, though, she’s relishing in a moment of calm on her jaunt to the Big Apple where she’s been flitting from meeting to meeting — just coming off the high of one with Atlantic Records chairman and COO Julie Greenwald. “She’ll move a mountain if needed,” Decilveo laughs. “Like Apple did in China when they made an iPhone factory.”

After beginning a career in finance at Deloitte where she was knee-deep in spreadsheets, Decilveo transitioned into songwriting and producing by the time she was 24. Her big break came when she was introduced by her BMG publisher to Andra Day. Together, they wrote Day’s 2015 gospel anthem “Rise Up,” which subsequently peaked at No.3 on the Billboard charts and was nominated for a Best R&B Performance Grammy in 2016. That song ended up opening the floodgates for Decilveo. By 2017, she produced and co-wrote nearly all of Beth Ditto’s debut solo album Fake Sugar. She’d go onto work with Anne-Marie on her 2018 debut album Speak Your Mind, confessional singles like Demi Lovato’s “I Love Me,” and Miley Cyrus’ “High” from 2020’s Plastic Hearts, as well as three singles from MARINA’s latest LP Ancient Dreams in a Modern Land.

She credits her success to an “old-school songwriting” mentality, where she jumps into an artist’s world and helps them craft their vision. To be successful, though, they have to “have a sense of self.” “I feel like it all starts and ends with them,” Decilveo says.

In-between running to meetings in the Big Apple, Decilveo candidly spoke with SPIN about her songwriting and producing style, competition and who she dreams of working with in the future. 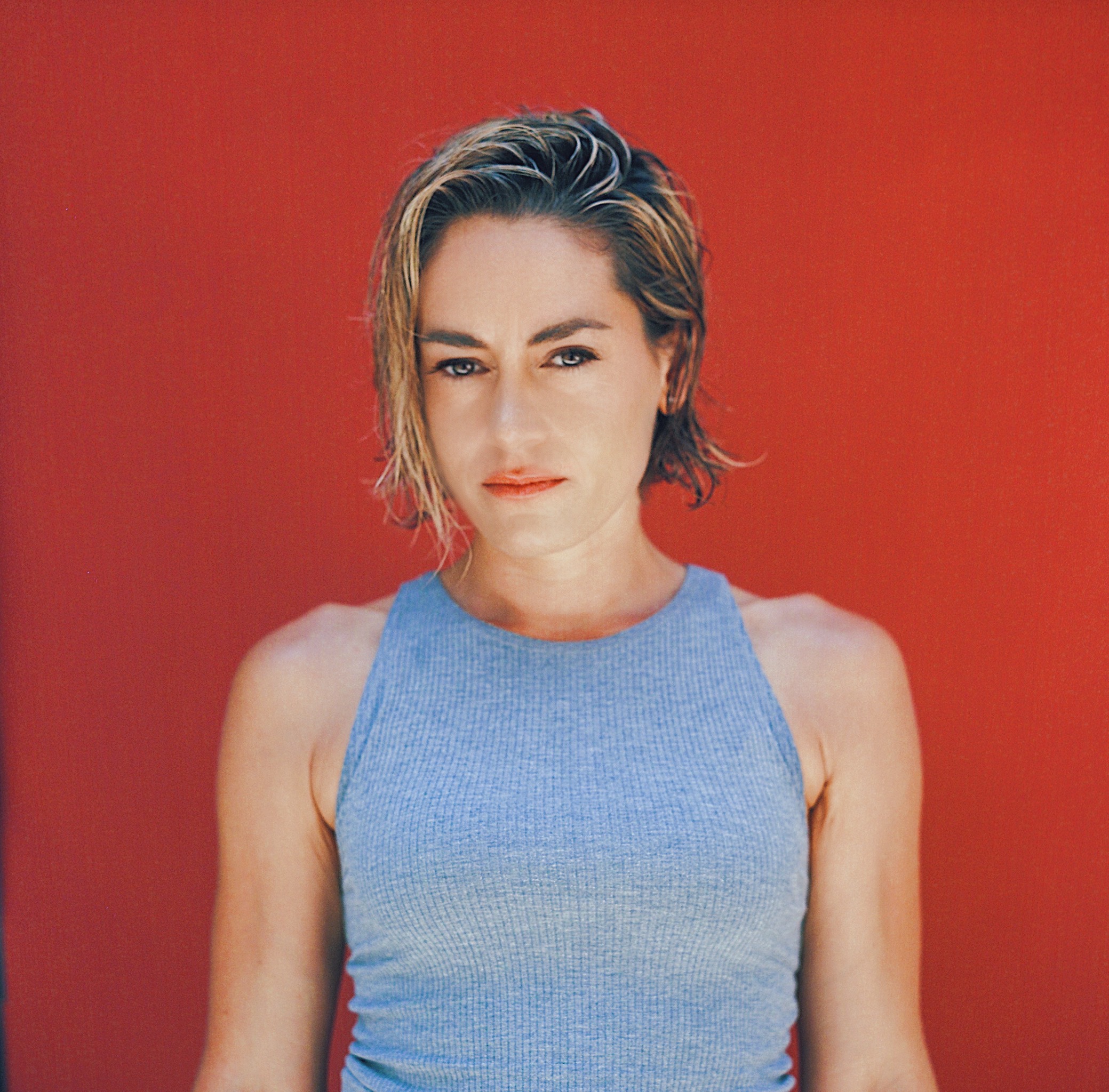 SPIN: You originally worked in finance which is really interesting. How did you go from doing that to working as a songwriter-producer?
Jennifer Decilveo: Well, I’m a piano player, I grew up playing piano, and then my dad was like, “You should go into finance.” And I was like, “Alright,” and I failed my accounting class. I didn’t fail it, but I didn’t do great. And he was just like, “It’s the best way to make money.” And to be honest, if you don’t really have a passion, it is a great way to make money. But I was miserable. So I basically quit. I took some leave of absences, went on Birthright for a couple of weeks. So I made my way to LA and started writing songs. It’s deeper than that, but that’s basically the gist of it.

Your first big hit was like Andra Day’s 2015 single “Rise Up,” right?
That was the first one. I mean, I had a couple of cuts before it, but nothing big. Then I did “Rise Up,” and the thing exploded. It’s still exploding seven years later. Then, I started to take production more seriously, and I worked with Bat for Lashes, Anne-Marie, Beth Ditto and Porridge Radio.

Which types of artists are you drawn to working with?
I’ve always been an advocate of artists that write their own stuff. And the stuff that I want to work on is with people who are in charge of their own art. I’m drawn to those people. If you put me in a room with someone like Justin Bieber, I’d have to really like him as a human being, and I’d have to figure out, “Am I going to yank something out of him or who am I bringing with me? Whereas when you work with Bat for Lashes, or Lana [Del Rey], or Beth [Ditto], or even Anne-Marie, as pop as she is, she has her own personality, and I don’t have to make it up. I just pull it out. It’s like when you go on a date with somebody who has nothing to say, you’re just like, “Cool.” But if you go out with somebody who keeps your attention the whole time, and they’re interesting, you’re probably going to go on a second date. So for me, that’s what it’s been like writing with people. They have to give something. I feel like I get it when they give it, but they have to be open to it. It’s a weird thing.

It makes sense though if it’s the process that works for you.
But most of those artists that I like working with are the ones that have a sense of self, and there are not that many people like that now. Look at Gwen [Stefani’s] work, for example. Back in the day, “Spiderwebs” and “Hella Good” [were] sick, incredible, iconic, one-of-a-kind music. Why doesn’t she make that anymore? She doesn’t relate to it. She’s grown up. She doesn’t want to write about that shit. It’s like the evolution of an artist. I think that moment is the heyday.

So, you’re always looking to work with somebody who’s really in their state of genius?
Or, that they hover around it, or they’re capable of it. Like, I think Rihanna is incredible. She’s not there writing every song. She’s an example of an artist whose genius isn’t her writing. It’s something else. But there is a genius there. It’s the “X-factor,” and I feel like it’s just looking for that. Obviously, people aren’t going to walk into a room with hits, but if they walk into a room with a world, and something to say, I feel like I can get this. I can help them bring out whatever they’re wanting to.

How do you describe your style as a songwriter?
I’m the old-school definition of a songwriter. I’m not there to write the song for you. I’m there to help you tell your story. And I feel like people go to Los Angeles to get hits. That exists, for sure. There are a lot of hitmakers there, but I really do believe that the genius of the artist is the artist before all of us exist. I’m not an artist like Julia Michaels or Sia: I’m not going to go and write my song. I’m going to go write a song with [the artist], and I feel like those are the best ones. Even “Rise Up,” those words came out of Andra’s mouth. I didn’t tell her to sing that. I was playing the piano: four chords, over and over and over again. The melody came, we edited it, and the words “Rise Up” came out. I added the “ooh” at the end, and then she didn’t want to put on a record. For real. But then it obviously got onto the record. And came out. I’m very thankful for that song.

What do you think would have to kind of change in the industry to make it less competitive, especially between women?
I mean, it’s hard, because everyone is on their own island making their own music, but the only thing I can think about is when we were kids and you were forced to play with each other, and then maybe became friends with someone out of force. I have a crew, people that I work with, but I’m not going to hit someone up if I don’t know them. I’m part of [organizations like] She Is the Music, We Are Moving the Needle [and] WAM [Women’s Audio Mission].

What projects are you currently producing or writing on?
I just finished MARINA. I did three singles on her record. And then I’m finishing Christina Perri. I am also doing her lullaby record [and] there’s only a couple of artists that can do that well. I’m doing Cherry Glazerr. I’m producing Mark Owen from Take That. I just finished Max Frost’s EP.

At this point in your career, who do you dream of working with?
Adele, Nine Inch Nails, something like that.  I think with Halsey I would do something more punk, electronica pop, and with Miley, I would do folk-pop/Americana. Just what I think their voices are suited best on. But, you know, being a female, it’s hard.