Their name does not stand for Pre-Startup Safety Review, but is more like a sound — pisser (come on class, say piss-er) — which Merriam-Webster calls “someone or something that is difficult and vulgar,” is Euro-speak for the men’s room, and/or a term for a hot, sweaty, beer-soaked good time. Unleashed by Australia’s Golden Robot label alongside L.A. Guns and Gilby Clarke, PSSR is certainly a good time, conjuring classic Motörhead and Stooges vibes, serving up the type of balls-out hard charge that Les Pauls were made for.

With a spare and bare rock that always unravels in the hands of amateurs, PSSR plays dangerous games, fronted by lithe singer-songwriter-guitarist Eric J, who takes a cue from the man the government calls Jim Osterberg but we know as Iggy Pop.

“Around 1997 I saw Iggy at Coney Island High, a club in the East Village,” Eric says. “I never in my life saw anything like it, it was so crowded you could pick up your feet and not fall, so loud I couldn’t hear myself scream, and it spoke to me in my bones.” On PSSR’s spanking new single “She’s Alright” Eric’s high voltage vocals also make a guy want to fly a drone over Perth to make sure Bon Scott is still buried. 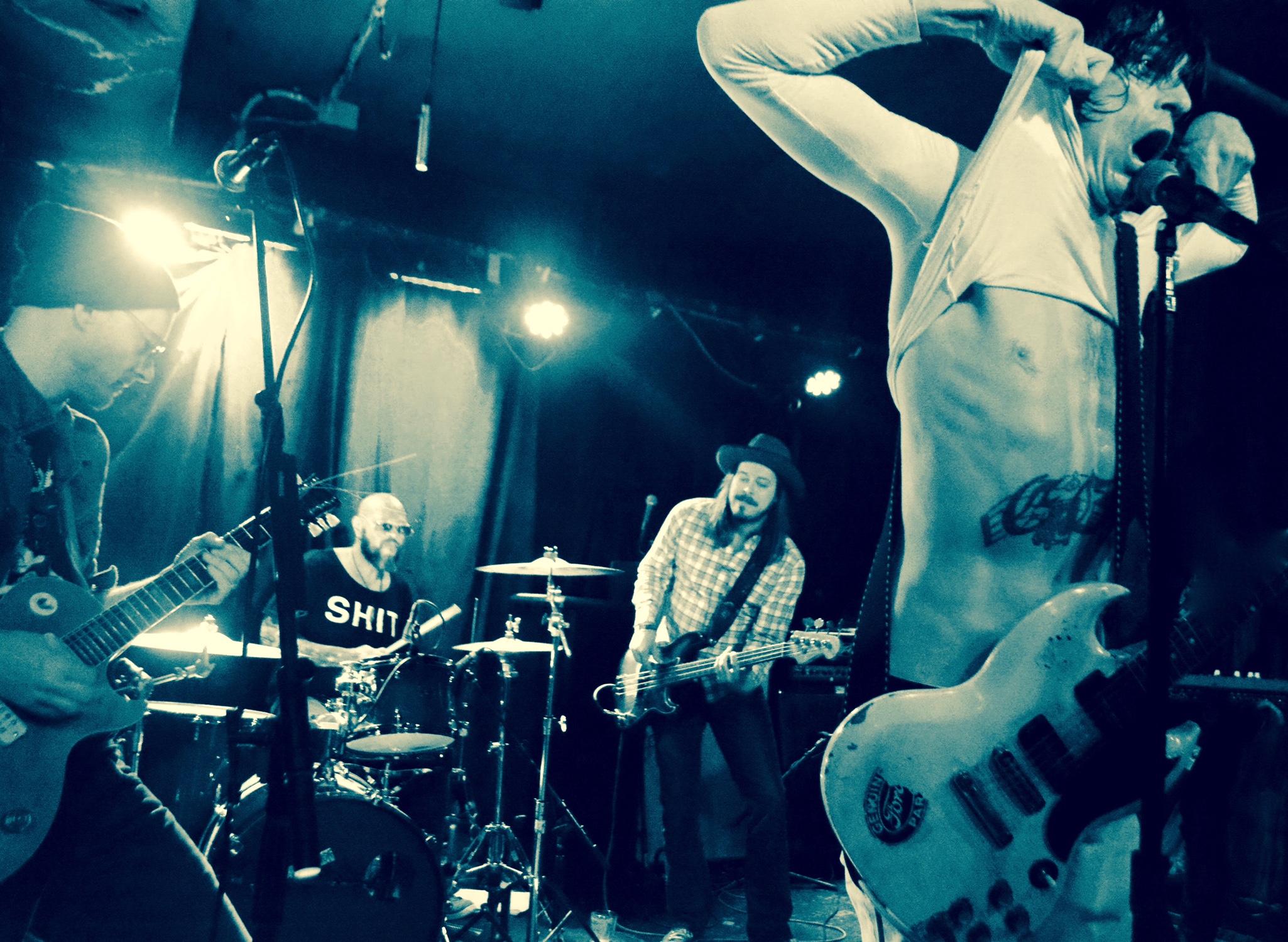 PSSR’s cement floor is Brooklynite Frank “Thunderchucker” Ferrer, the drummer who crushed the skins on the Guns N’ Roses resurrection Chinese Democracy tour, and continues to this day with the fully reunited GNR. The Chucker is truly a man of many strokes, having also ripped with Tool, Wyclef Jean and Frank Black, among others. Rounding out PSSR’s rhythm section is Lower East Side five-stringer Brett Bass, a Regina Spektor tour vet who waded in space-funk with Bernie Worrell’s band before joining the late, great Gregg Allman’s live family.

With the pandemic fading, true rock clubs best get their mops and buckets out. This past year was a new level of dull, but on Aug. 4  at Arlene’s Grocery in Manhattan, which is a club, not a grocery, to be clear, PSSR is set to reignite the night, returning with a hard downtown chug-rock that never really left.