Early in Barack Obama’s first presidential term, the U.S. showed the wear that would ultimately become a crisis a decade later — when sniping, arguing and a full-blown culture war engulfed the country in a seemingly inescapable spiral. In 2010, however, many Americans were optimistic that better days were on the way. But Prince was deeply concerned about where things were going: with people’s consumption of technology (especially with the iPhone and other modern tech staples in their nascent days) and with race relations in America, particularly issues affecting the Black community.

“His forethought as to what’s going to happen now by who would be consumed by these things, like the iPad and technology was just fascinating,” Prince’s creative director Morris Hayes tells SPIN over the phone. “When you talk about the politics and social issues going on and how poignant that is now…It was just him putting a mirror up to this country and to the world to show what was happening. As he was writing, you can tell he was feeling some things and really wanted to speak about them. It’s more prophetic because of the time we’re in and you see all these things come to pass, it makes you think what a genius he was.”

In spring 2010, amid a career hot streak for actually releasing new music, Prince hunkered down in his Paisley Park recording studio in suburban Minneapolis to start jamming. Following 2004’s Musicology, which revitalized his career in the mainstream, Prince churned out 2006’s 3121, 2007’s Planet Earth and 2009’s Lotusflow3r / MPLSound.

Even when he wasn’t releasing music, Prince was always working. The tales about his iconic vault aren’t just legends — they’re reality. Just ask Hayes, the artist’s musical director and keyboardist for over 20 years. Getting calls to check out in-progress Prince music wasn’t unusual, but when he was called over to Paisley Park in 2010, he realized something was different.

“When I got there, I discovered him sitting in his car waiting for me, telling me to get in and to listen to this record he created with these new musicians,” Hayes says. “I was like, ‘Wow, this is done.’ He got the CD of it and played it for me, but it’s very raw. He tells me, ‘I want you to just kind of do your thing — you know, just overproduce it — and I’ll take away what I don’t need. You just do your thing.'” 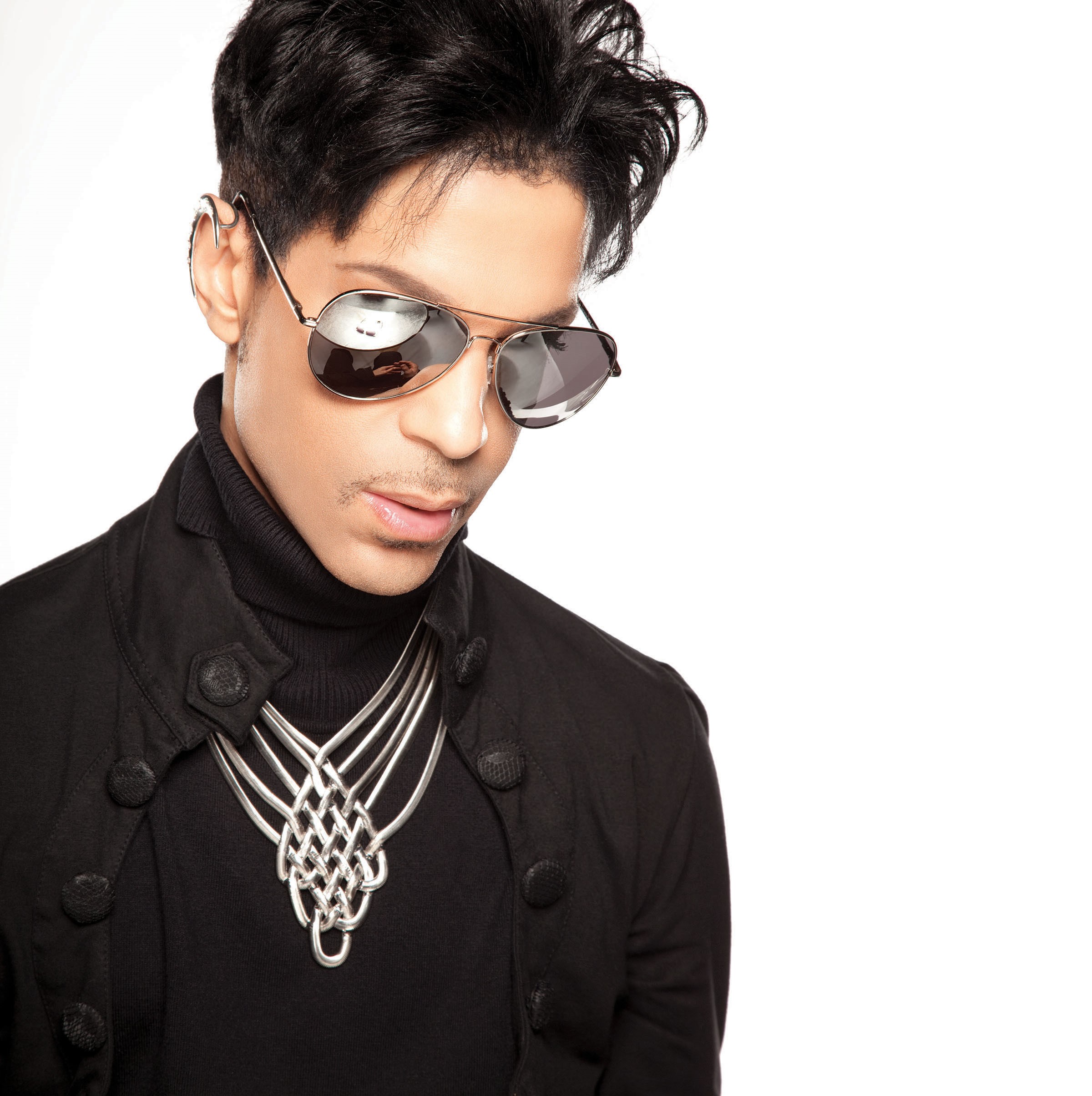 Prince explained the meaning and thought process behind each track before playing them for Hayes. They both knew that this collection was something special — demonstrated, Hayes says, by the exchange of high-fives and ‘woo-hoos’ after hearing even raw versions of each song, which combined laid-back music and biting lyrics. Prince also mentioned to Hayes that he wanted to speak with then-President Obama about issues important to people of color.

This process went against everything Hayes was accustomed to with Prince, who would usually hunker down in the studio, work and handle everything on site. A notorious perfectionist, Prince was also a micromanager with his own music — giving Hayes a CD, rather than watching him work on the music via Pro Tools at Paisley Park, was also out of the norm.

“Once I got home, I could go through all my files to pick out and find weird stuff,” Hayes says. “And that was pretty cool for me. Some songs, he just went way over the top, and it was shaking me.”

Engineer Jason Agel, who was working at Roc Nation at the time, says he was referred to Prince while the artist was negotiating with Live Nation for an all-encompassing 360 deal. But it took him a while to figure out the who and why.

After being told that Prince wanted to call to interview him…but didn’t, Agel wasn’t optimistic about the prospects of heading from the New York area to Minnesota — until he was suddenly at Paisley Park, where Prince dumped a two-inch reel on his lap and asked him to start mixing, saying the previous engineer couldn’t get it right. At 2 am, Prince returned to listen and was pleased with what he heard, so Agel got the job.

“And he didn’t maybe leave for like a month,” he says. Despite being mostly sweet and kind, Prince knew what he wanted — and he could live up to the stories about him being a tough taskmaster.

While the project that became Welcome 2 America floated around, Agel worked with Prince on additional material. They also moved quickly. Agel recalls how Prince would ask him to work on something in the morning — and after hearing it the same day and voicing his approval, he’d tell him to close the song and move onto the next thing.

“He was doing a bunch of different things and never really told you exactly what was happening,” Agel says with a slight laugh. Prince would arrange the backing vocalists on what would be Welcome 2 America while Agel would record, put everything in Pro Tools and cook up a quick mix. “He would talk about how he wanted people to hear music coming from all different directions and wanted to sound like air moving,” the engineer says. “He would tell me that he didn’t want to hear my fingerprints on it, but wanted my best work.”

Welcome 2 America contained searing songs and titles like “Running Game (Son of a Slave Master)” and “One Day We Will All B Free” but not everything was dystopian. A surprise entry to the collection? A cover of Soul Asylum’s 2006 song “Stand Up And Be Strong.” Prince’s drummer, Michael Bland, who had been with him on and off for years, also happened to be playing with Dave Pirner and company at the time. Bland says that Prince, even though he’d cycle through musicians, tended to keep up with what they were doing, if for nothing more than a topic of conversation. But when Prince called asking him to visit Paisley Park to record, Bland was surprised to hear him bring up a Soul Asylum track.

“He starts asking about ‘Stand Up and Be Strong’: whether or not it did well for Soul Asylum, how high it charted, what label put it out and why it wasn’t a bigger hit,” Bland says. “I honestly don’t even know how he actually heard it. But this all escalates into him asking me to call Dave to see if he would approve of him covering the song. He didn’t wanna do it without Dave’s blessing. I step out of the studio, call Dave and ask; Dave enthusiastically approves, asks me to relay to Prince that he was brilliant on the Super Bowl halftime show. I hang up, and we start piecing things together. His assistant finds the words online, prints them and brings them into the studio. Prince goes to the piano, and we start to experiment.”

As surprised as Bland was, it didn’t compare to Pirner’s shock.

Despite being veterans of the Minneapolis scene in the 1980s, Pirner and Prince only ran into each other a few times. Pirner, however, confirms that Prince sent Bland to get his blessing for “Stand Up and Be Strong” — a fact that’s still surreal to him all these years later.

“It was so sweet,” Pirner says with a chuckle. “Weird Al didn’t ask me for permission to cover one of my songs. But I was honored.”

After that, Pirner never heard anything about the song ever again, except that his name was on a box of tapes in the vault. So when he found out that it was actually being released, he “was as surprised as fucking anyone [to learn] it was going to be on his next record.”

Pirner recalls a time at famed Minneapolis venue First Avenue when Prince walked his entire entourage through the middle of the crowd during a Soul Asylum show. Flabbergasted, Pirner wondered, ‘Who is that guy?’ But after they got to know each other, the two got along well, and though he was surprised about the selection and the “bone-chilling” nature of “Stand Up and Be Strong,” Pirner digs the cover’s gospel feel.

“I was pretty surprised [when I first heard it],” he says. “Me and my tour manager got a hold of [the song], and we put it on in the car. And the voice comes in, and we both just started laughing, like, ‘What the fuck is going on?’ Because we thought it was him. But the woman sings the first verse. So then [Prince] comes in on the second verse, and like, ‘Oh, OK, there he is.’ I’m as pleased as punch that actually did come out. I mean, it certainly impresses my friends.”

The Welcome 2 America tour launched in December 2010 and ran through April 2012 (including a memorable 21-date stint at the Forum in Los Angeles), yet there was no album to coincide with it. Prince released a different record, 2010 and just before it, a bizarre operatic single (“Purple and Gold”) that saluted the Minnesota Vikings (“I said Prince, do you even watch football?! I heard it and thought he was kidding with me,” Hayes said).  But as Hayes recalls Jesse Johnson telling him, “When Prince writes a record, he actually writes three to four records.”

“He basically just stuck it in the vault, and it was kind of weird,” Hayes says. “But I mean, not too weird, because Prince would typically do what he wanted to do.”