Frances Forever Is Ready to Create a Conversation

It’s not easy for Frances Garrett, aka the burgeoning New England-based pop artist, Frances Forever, to complete anything. Diagnosed with ADHD, along with their battle with depression and “imposter syndrome,” Garrett feels real relief if they achieve a goal. But when they do, often a new world opens up for both them and their fans. Take, for example, their hit single, “Space Girl.” The romantic song, which boasts some 50 million Spotify streams since its March 2020 release, offers an imagined galaxy and authentic new territory for Garrett. But this act of space making isn’t a simple one for the musician, who prizes awareness of mental health often above all else.

“Creating a conversation,” Garrett says. “Letting people know that they are not the only person feeling depression in their room when they can’t get out of bed. Whenever I hear someone feeling the same thing that I am, I’m like, ‘Wow, that’s really cool and we can get out of this together!’”

Recently, Garrett (who featured on our list of the 20 most interesting new artists of 2020) has undergone a great deal of change, which has led to significant anxieties. In a matter of weeks, the 22-year-old graduated from college and released their latest single, “Paranoia Party,” in preparation for the July 9 unveiling of their new EP of the same name, on Mom + Pop Records. But while many in the musician’s position might aim to leave no proverbial stone unturned, Garrett, much like the famed 23-year-old tennis phenom, Naomi Osaka, doesn’t mind pressing pause or canceling a commitment for the sake of long-term self-preservation.

“Mental health awareness is really, really important,” Garrett says. “Like, ‘Hey, today’s a bad day; I can’t leave my house. Can we reschedule for tomorrow?’ Making that more of a natural thing in conversation, instead of being hush-hush, is super important. And, like, therapy is amazing. I love it; it’s been literally a life-saver.” 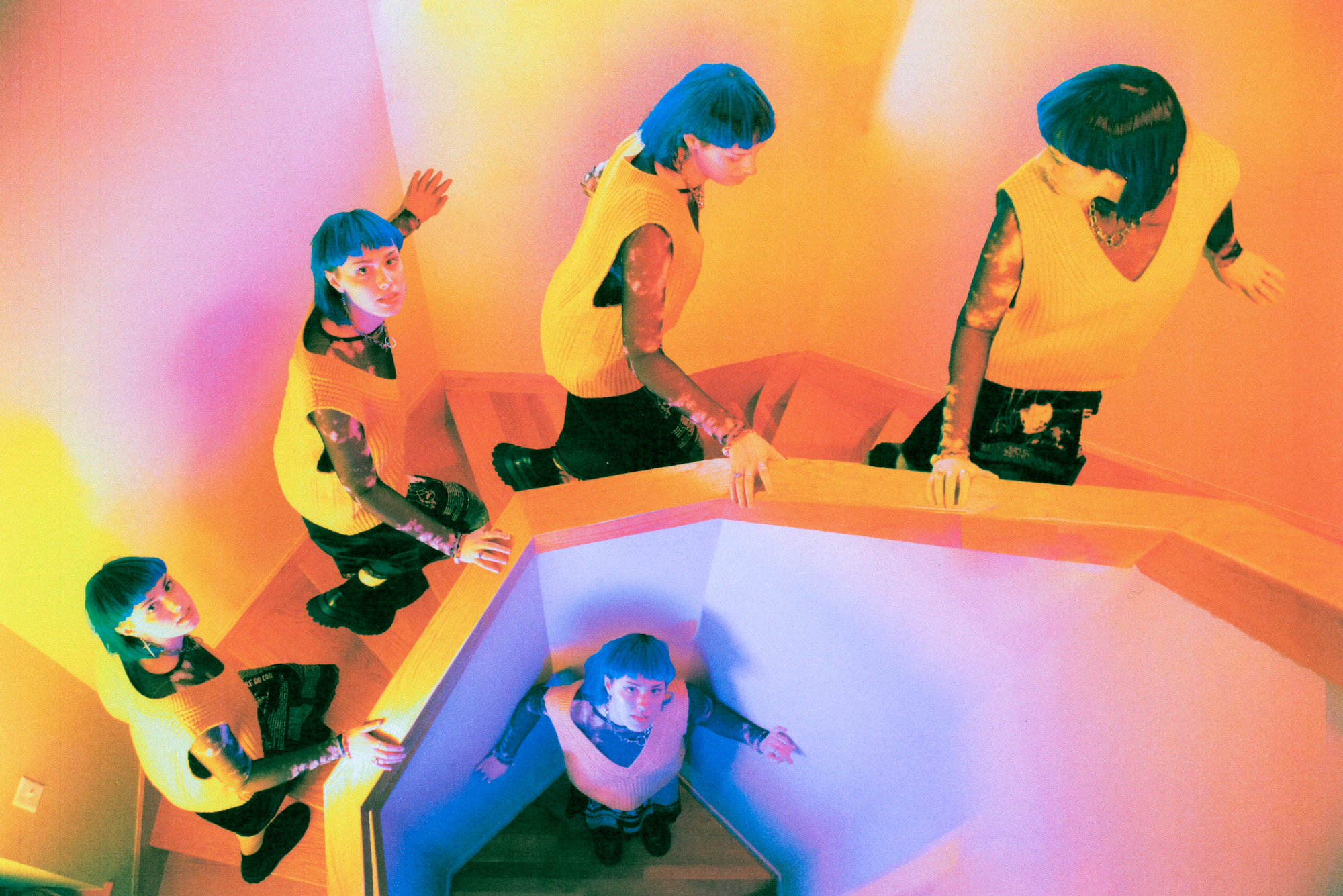 Looking ahead, professionally, Garrett is of two minds. In one sense, they’re eager to both unleash the new EP and hit the road for an upcoming fall tour with MisterWives. Yet, as a new college graduate, Garrett also feels a sense of doubt as they stare into whatever the new decade has in store for them and their generation. Doing so, Garrett says, they feel a great deal of “fear” about getting older.

“I definitely feel scared about change and scared about growing up and being independent,” Garrett says. “That’s a super big step. I think the real world is scary. Looking at the job market now, once COVID ends, it’s a whole mess. So, if I could stay at this age a little while, that would be cool.”

Despite these trepidations, there is also much to look forward to. Paranoia Party is an achievement to be celebrated. It’s a collection of six unique, eclectic songs that range from rock (“My Condolences To Myself”) to pop (“Space Girl”) and doo-wop (“Depression”). As a result, new doors shall open for Garrett, who says they’re spending their time now practicing guitar in preparation, inspired by artists like Phoebe Bridgers.

“I’ve always wanted to be a musician,” Garrett says. “I’ve wanted to have that one song to put me on the radar. But I honestly didn’t think it would happen and I didn’t think it would happen this quickly. Every time I hear [“Space Girl”] now, I’m like, ‘Wait, is that me singing?’ There’s almost a disconnectedness to it. It’s so much more than me.”