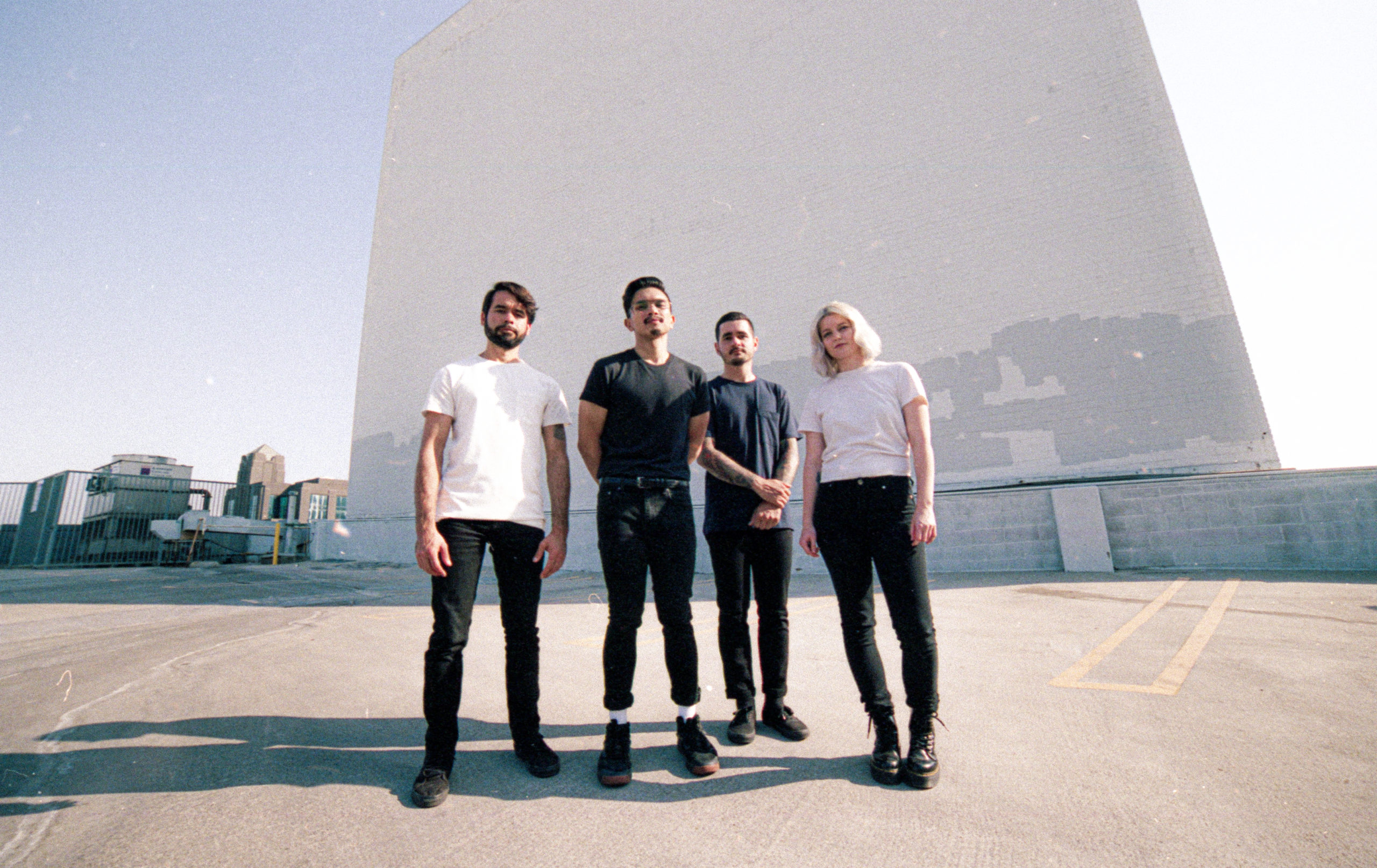 “Canaries” is the guitar-pounding new single by Los Angeles-based post-punk band, Cuffed Up, led by their Fender-slinging vocalist, Sapphire Jewell. The music video, which she directed, is grainy and off-kilter — just like the song.

“The nature of the beast, you choose to say the least,” Ralph Torrefranca sings tremulously over the crooked chaos provided by his bandmates, Sapphire, Joe Liptock, and Vic Ordonez. “‘Canaries’ is about going down a path that you know is wrong, yet you keep going because some form of shame is driving you,” the band said in a statement. “Sometimes we become numb to the burdens we carry.”

If the song reminds you of Nineties hardcore/grunge, it’s because it was produced by one of the decade’s musical architects, Brad Wood. Cuffed Up’s manager, Blaze James, had previously worked with Wood on Touché Amoré records. When James found out the band wanted to work with Wood, he sent him their demos. Wood signed on, spending a week in the studio with Cuffed Up, working and experimenting with their sound.

Cuffed Up are signed to the Toronto-based label Royal Mountain Records, home to some SPIN favorites including Alvvays and Wild Pink. This November, Cuffed Up will head out on a month-long tour opening for The Joy Formidable, which begins in Seattle on 11/26 and ends in Burlington right before the holidays.