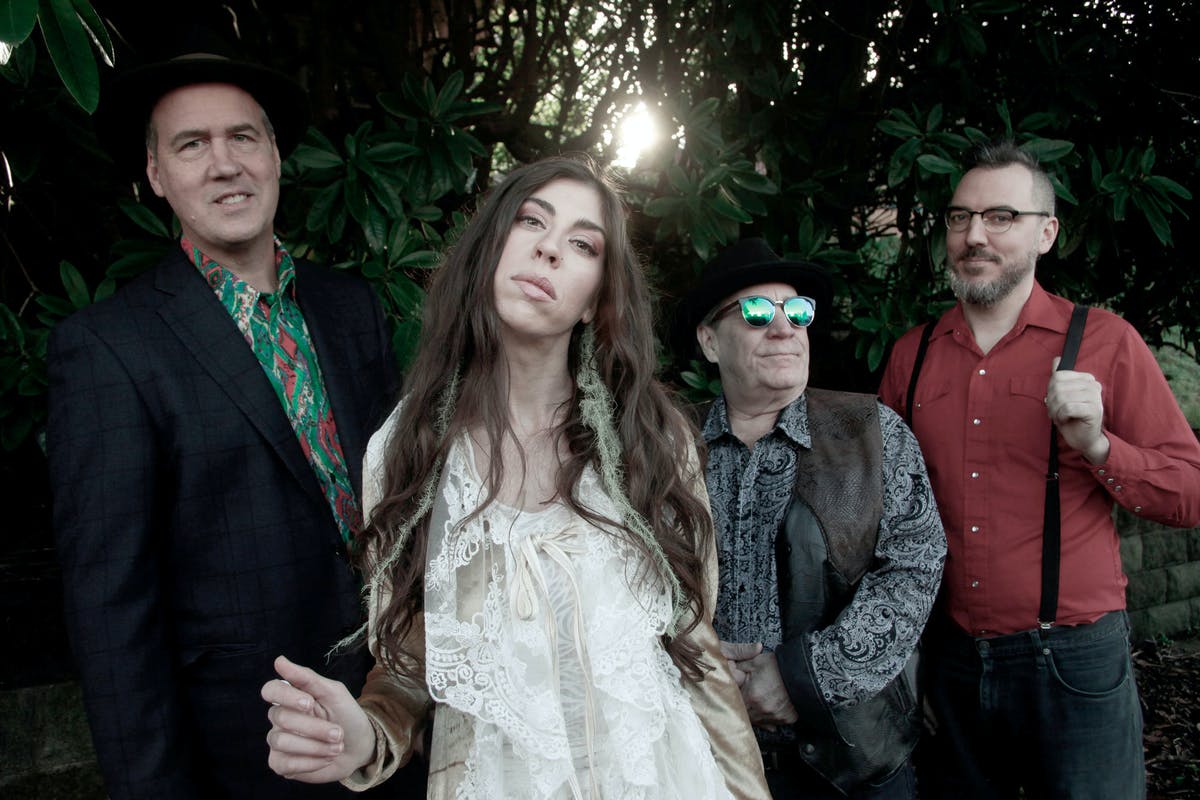 In 2017, Hall of Fame Inductee and former Nirvana bassist Krist Novoselic conjured a musical project. The product was Giants in the Trees, a Northwestern rock band made up of four harmonious components: Jillian Raye, Erik Friend, Ray Prestegard, and Novoselic himself. While the quartet’s ties to Seattle are as obvious as they are appealing, their sound doesn’t submit or surrender to grunge. In fact, the grungiest thing about Giants in the Trees is their audible darkness consistently teetering on sorrow. Turn Bauhaus into a folk band and let them play in the forest – that’s Giants in the Trees.

The band’s eclectic sound is just that, which is why Bulletdodge Records founder Gareth Whitehead and label signee Michael Greig took the time to tinker with “It Goes,” the second song on the band’s 2019 album Volume 2. Whitehead and Greig, both longtime masters of electronic music, created not one, but two transcendent remixes – each keeping in line with Giant in the Trees’ core sound while imbuing the song with ominous throbs and oscillating percussion. Each song, “Greig & Whitehead’s Transitional Remix” and “Greig & Whitehead’s Distillation Remix,” feels like the soundtrack to a separate internal bodily function – one to the firing synapses in the human brain and the other to the rushing blood in arteries & veins, respectively.

Whitehead and Greig have worked together before on a track entitled “About Time” for the Brood collaborative album project and thus are no stranger to one another’s idiosyncrasies. Their creative chemistry allowed for wildly hypnotic synths (“Transitional Remix”) – a sound powerful enough to simultaneously lull and stimulate – and powerful cosmic energy (“Distillation Remix”).

Released on July 5, 2021 on Bulletdodge Records, the duo’s remixes of “It Goes” both honor and hone Giants in the Trees’ unique sound.