“I’m ready to move on to the next thing,” Bartees Strange tells SPIN.

Not that he’s complaining.

“I’m just grateful,” he says. “Going into the pandemic, I was working a full-time job and trying to figure out how to do music more. Now I look at my calendar and it’s just music stuff. It’s incredible.” But now, knee-deep into recording another album, and with an actual tour launching in September, he’s ready to (re)introduce himself.

These plans fold neatly into another new venture: serving as Artist Ambassador for 2021’s Independent Venue Week, which runs through Sunday, July 18. The annual event, launched in 2018, unites performers with labels, media and, naturally, the indie spaces where numerous bands hone their craft. (This year’s celebration will feature 300 participating venues in all 50 U.S. states, Puerto Rico and Strange’s current home of Washington, D.C.)

Strange spoke to SPIN about the ambassador honor, his creative headspace and the direction of his Live Forever follow-up. 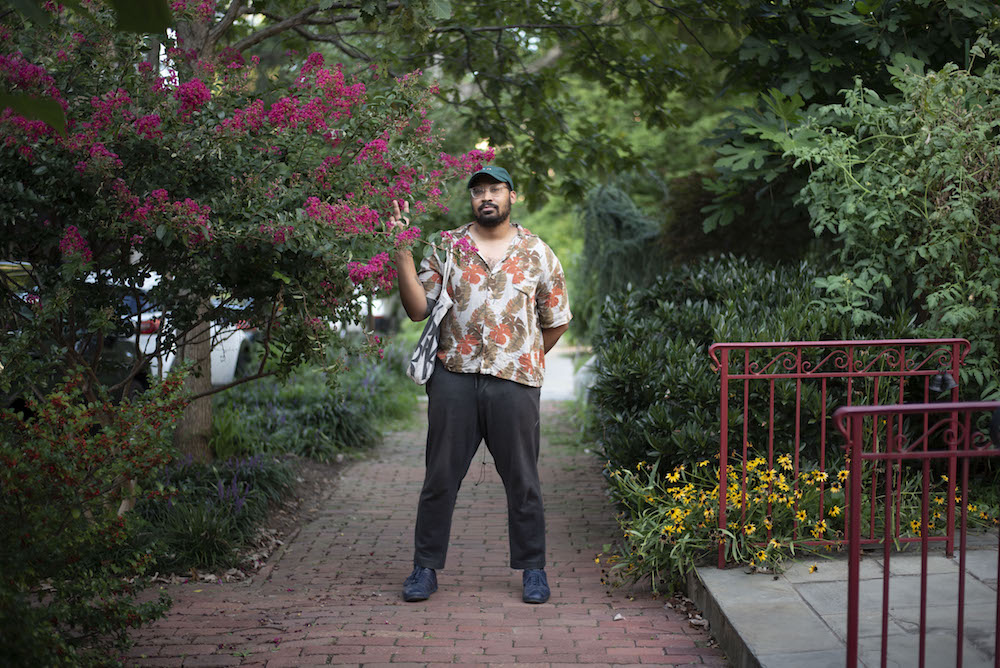 SPIN: When you were offered this ambassador role, what were your immediate thoughts? Was the event even on your radar?
Bartees Strange: I heard about it just from social media. I was familiar with the organization, and of course I have many close ties to independent venues all over the country from just playing. I don’t think I really grasped that there was an ambassador role [Laughs.] But when they asked me, I was like, “Oh, yeah! This is awesome.” It feels very aligned. I was happy to do it — especially after last year, when we couldn’t really play anywhere, I found myself appreciating places to play more and more. It’s super real.

You had a weird 2020: earning all these accolades for Live Forever while the world was collapsing. Now that you’ve had some distance from it, have you been able to process everything?
I don’t know. I’ve had many thoughts over the last nine months about all of it. Where I’m at now, though, is I’m ready to move on to the next thing. I’m recording a lot, and I have a lot of stuff planned for the next year or two. The tour will start up soon — that’s kinda stressful, like, “Oh, right, this is really happening!” I’m trying to get all that together. I’m sure I’ll learn a lot this year too.

What’s the status on your new material? How close are you to finishing the next album?
I’m just recording like a madman. I’m recording all the time. That’s all I’ve been doing this summer, and it’s probably all I’ll be doing the rest of the summer. I’m gonna go to Canada and finish it up in Toronto probably, and then I’m gonna stare it for a little while. [Laughs.] It’s pretty glued-together. I’m hesitant to talk too much about it because I’m so in it, man. When you asked about touring, I’m not even there — I’m very in the studio in my brain. It’s a freaking crushing album. I can’t believe I made this.

I know it’s hard to describe when you’re in the thick of it, but is there a clear evolution from Live Forever?
I still feel like I hear the song back and I’m like, “Yeah, it sounds like me.” I’m very happy with that because after Live Forever, I was like, “Whoa, I didn’t think people were gonna like me this much — because it’s so me.” I feel like I got a huge boost of confidence to be more me. The next couple things that are gonna come out will just be the same but bigger and more in every direction. I’m pumped!

In a statement announcing your involvement with IVW, you said, “The important thing about independent venues is the way they can eliminate the barrier between a fan and an artist. As bands get bigger, it becomes more and more unbelievable to see that they’re human.” Do you recall the first time you connected with one of your favorite bands in that kind of human way?
I saw so many bands that inspired me in a bunch of ways, but most of them weren’t huge bands. I remember seeing John Calvin Abney — he’s this local player who’s gone on to have a career as a sideman for John Moreland and Samantha Crain and some dope Oklahoma musicians who are doing it at a high level. I remember seeing him play and being like, “Whoa, this guy’s a superstar!”And just being so impressed by him and being like, “We’re the same age. I can do this.” Feeling inspired — not even by people who went on to be super famous artists, just people who I felt were so gifted and so real. I don’t think I would have ever seen them or made that emotional connection to their music without The Opolis or The Deli, some of those venues in Oklahoma City or Norman. Those are big moments.

I also remember my college in Oklahoma — we had this huge festival called the Normal Music Festival. I remember The Dodos played. I remember Hella played The Opolis. I was getting deep into guitar playing and just lost my freaking mind [watching them play]. I saw Minus the Bear when “Pachuca Sunrise” came out — they played at this place in north Texas called the Granada. I was in heaven, man. I was like, “Damn, these people are so normal.” Every time I saw these people play, I was like, “That guy is pretty short” or “His pedal board is half the size of yours” or “He’s playing a Mexican Telecaster the whole time. I have a Baja Tele!'” All those little moments add up over the years. I eventually moved to New York, mainly because I wanted to be a part of a big music scene. It was because I’d seen all these people over the course of my life. It put this idea in my head that I wanted to be part o something like that too. Those things wouldn’t have happened if it wasn’t for those smaller venues.

Do you remember your first time playing a legit indie venue?
When I moved to New York, the first place I played, I remember being like, “Oh, my god. I’m doing it, man!” I’m playing this show on the Lower East Side!” I got all my gear, and I’m loading in and have my band with me. There’s like three people here, and I was so pumped to be playing in New York that it wouldn’t have mattered how many people were in the crowd. Looking back, I’m like, “What a random night.” But at the time, I was like, “This it he shit. This is the greatest day of my life. No one is gonna believe this.” It was a big boost.

Was it intimidating to navigate that world at first?
It’s funny — I think the theme of this conversation is realizing things are pretty normal. Most people are pretty normal, even the super hip, cool-dressing ones. They’re all from Milwaukee or something. [Laughs.] When I first moved to Brooklyn, I was so intimidated by so many things. Two of those people were Taja Cheek and Ben Katz, a couple who live in Crown Heights. Taja runs L’Rain — they just put out a record one Mexican Summer called Fatigue, and it’s the sickest record I’ve heard this year.

Taja has created or been a part of this incredible community of musicians in New York, and being around them has opened a door to this whole new world of players and people who looked like me — Black people, queer people, a lot of women. It was a world I was looking for but just couldn’t find on my own. And trough that I found so many venues. I played in this hardcore band Stay Inside, and this guy Zach, from a band called Good Looking Friends, and Rachel, from a band called Nervous Dater, used to play shows at this place called Bushwick Public House. They pretty much booked and ran that spot from the basement of this coffee shop. I feel like I played there two nights a week for a year in various bands.

When I was writing Live Forever, I feel like I played those songs for a year and a half, just figuring them out and seeing how people reacted to them. Or playing in Taj’s basement, or learning from players who were playing in Taj’s basement. It’s a whole thing: The venues lead you to the people, which leads you to to the players, which helps you write the music, which helps you get the album together. It’s a very connected thing, and it all plays a part in helping you realize that the people on stage are a lot like the people who aren’t. That’s the beautiful part about music in the first place: It helps you realize that we’re all pretty similar.