How Wolf Alice Pulled Back to Surge Forward

As Ellie Rowsell unpacks “The Beach,” one of several climactic, holy-shit moments off her band’s new album Blue Weekend, she describes the song as “classic Wolf Alice, kind of.”

What does that mean, “classic … kind of,” especially for an outfit known to never write the same song twice?

It means whatever the hell you want it to, as Wolf Alice — perhaps the most acclaimed U.K. rock group of the last decade — have built their reputation on “kind of.” The foursome is kind of incendiary garage punk, kind of dreamy shoegaze, kind of crunchy grunge revival. Yet the product is exact in its singularity; no one kind of sounds like Wolf Alice (a rare feat for any guitar-forward act in 2021).

The band’s last record, 2017’s Mercury Prize-winning Visions of a Life, was a master class in shifting dynamics and studio wizardry — an unpredictable batch of songs that belonged in both dank basements and sun-soaked flower patches, all heavily layered with guitar stacks, delays, reverb tricks; whatever could be thrown at the desired wall of sound.

But for the group’s third LP, out June 4, new value was placed on simplicity and time-honored songwriting chops, to balance the boom.

“On previous records, because we were a bit younger, we’d try to do crazy things just for the hell of it,” says Joel Amey, the band’s drummer, who joined Rowsell on a recent Zoom call with SPIN. “These are the purest Wolf Alice tracks. It’s just everything stripped back to just core elements.”

Amey notes inspiration from songwriting legends Brian Wilson, Paul McCartney and Roy Orbison: “[Their songs] almost sound like nursery rhymes sometimes,” he says. “But you strip it back a bit and you see how much skill is in that kind of writing.”

But “stripped back” does not mean small. While certainly more subdued than Wolf Alice’s past works, Blue Weekend still delivers its share of exhilaration. Take its lead single, February’s beaming “The Last Man on Earth.” The track begins only with Rowsell and a piano, as she traipses through lyrics questioning human arrogance: “Who are you to ask for anything more?” Midway through, the song unfurls into a full-band spectacular, complete with cinematic strings and a taste of Beatles-adjacent grandeur.

Amey calls “Last Man” “the most epic song on the record.”

“It’s that sensation where you’re at the speakers and it still knocks you out, even after hearing it every single day for a year,” he says.

Much of the album lands this way, building melody with exceptional refinement, something previously unheard by a band whose last lead single was the gritty rager “Yuk Foo” (with its banner line “I wanna fuck all the people I meet / Fuck all my friends and all the people in the street.”) 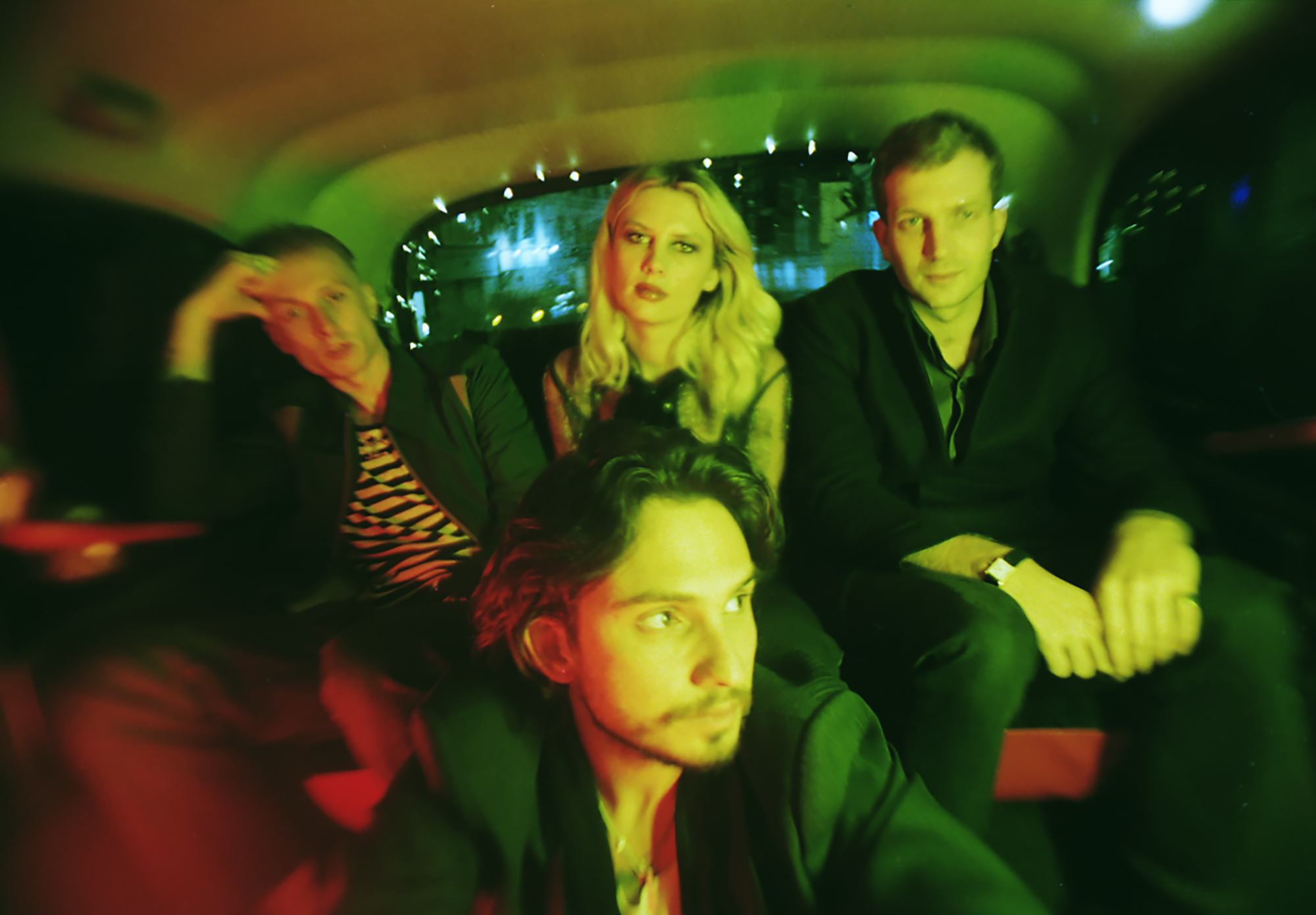 Blue Weekend’s upcoming release is a relief for the band, who finished writing in 2019 and began recording in January 2020, at a studio in Brussels. Once COVID hit, they hunkered down in the Belgian city, quarantining and tinkering with producer Markus Dravs, best known for his work with Coldplay, Kings of Leon, Arcade Fire, and Mumford & Sons (winning Album of the Year Grammys with the latter two).

The new project treads further into uncharted territory with its sand-swept bookends, “The Beach” and “The Beach II,” the latter of which bordering on utopian California bliss. Rowsell details a scene of reconnection with friends, wine in plastic cups and waves lapping at their feet. The song, and album’s final words: “It’s OK,” as a breezy guitar fades away.

“I felt like it was nice to end on something hopeful,” Rowsell says. “[It’s] nodding to nature and how everything is just much bigger than all your little anxieties.”

But don’t be fooled, the album is peppered with familiar themes of disillusion, too. “Delicious Things” unravels Rowsell’s wariness of Los Angeles — the sweeping sonics seem to mimic, or subvert, a Lana Del Rey ballad — and the alt-rock hammerhead “Smile” is plenty pissed off: “Don’t call me mad, there’s a difference, I’m angry,” Rowsell sneers in the verse, between pounding, Deftones-y guitar chugs.

“[The song] is just me not being taken seriously or being made to feel small,” Rowsell says. “It’s there to remind myself that I’m not any less important than anyone else.”

Only once does the 11-track record venture to the petulant and playful retro-punk of past efforts, on “Play The Greatest Hits,” a throttling tune of parties and drunkenly dancing in the kitchen to pop songs.

Most other tunes are decidedly lighter on the ears: The hypnotic “Lipstick on the Glass” is a slightly darker shade of Fleetwood Mac; “How Can I Make It OK” could be a HAIM song. Rowsell’s lyrics, her most direct so far, are largely concerned with the power and passion of falling in and out of love, especially on tracks like the ‘70s folk number “Safe From Heartbreak” and more risque “Feeling Myself.” It all flows, even as Rowsell says writing about relationships is still “really scary.” “It’s quite vulnerable to put out love songs, I think,” she says, “but then I love listening to love songs.”

The new tunes will be tested on stage this summer, as Wolf Alice is booked to play the Reading and Leeds festivals in August — the band’s first proper live performances in nearly two years.

While they haven’t quite figured out how each of the new cuts will fit into their typically propulsive live show, they look forward to surprising everyone.

“It’s nice to come back with something that maybe people weren’t quite expecting, especially after such a long time,” Amey says. “… Hopefully, they’ll be intrigued as to where we go next.”